TEACHER Rachel Smith ditched holidays, trips and nights out with mates to put £2,000 towards the deposit needed for her £120,000 first home.

The 37-year-old outdoor enthusiast had to put her social plans on hold as the Covid crisis hit last year – and cancelled a £600 hiking trip to Switzerland.

Rachel bought her one bed house by ditching her social life and £600 holiday to SwitzerlandCredit: Terry Harris 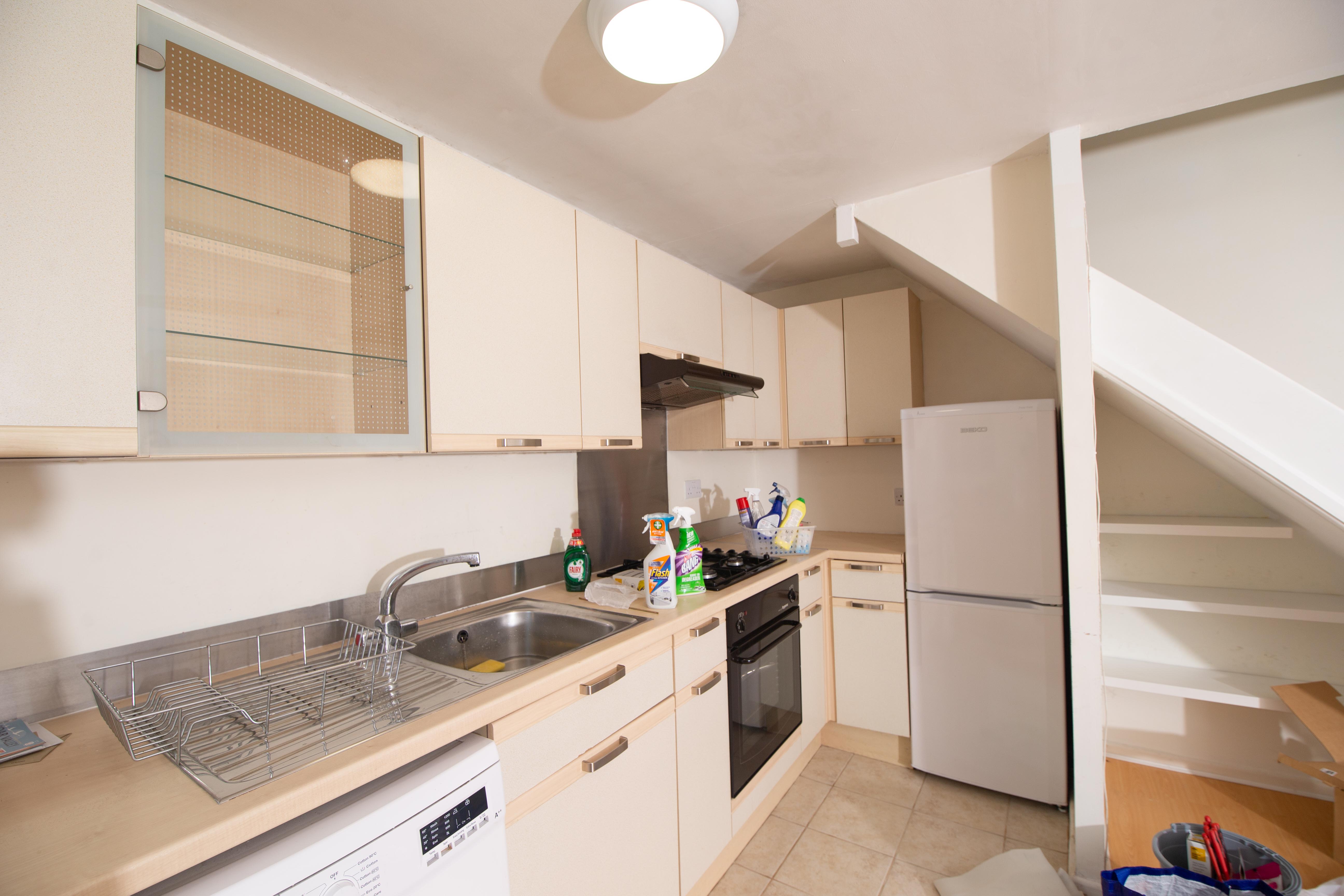 She’s in the middle of decorating her new flat in LoughboroughCredit: Terry Harris 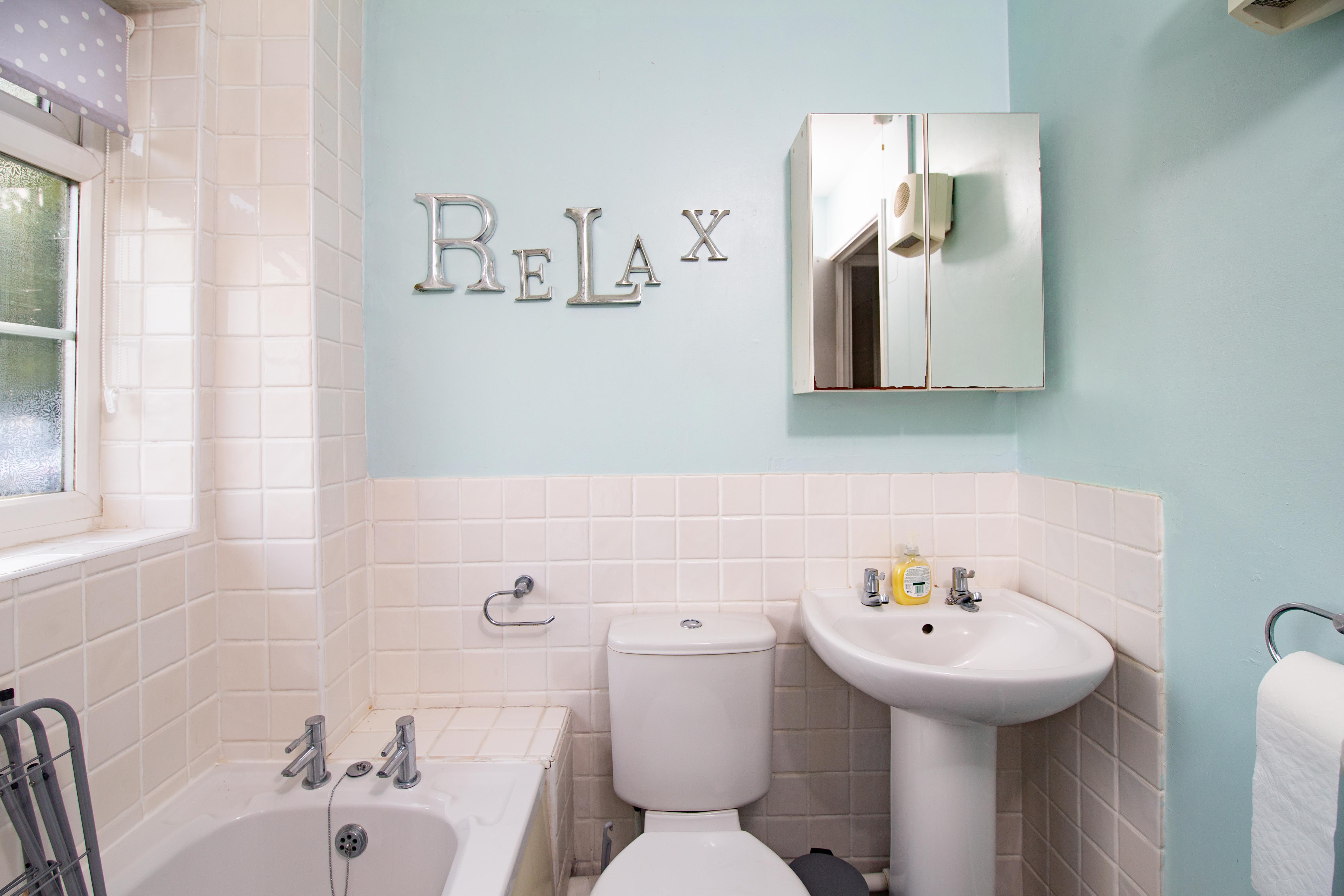 Rachel had been saving up for five years and put down a £21,000 deposit for her homeCredit: Terry Harris

But even when restrictions eased and Brits could go out once more, Rachel still stayed in and axed her £45 weekend climbing trips and stopped going out, saving her £200 a month.

In total, she squirrelled away £2,000 from putting her hobbies and seeing friends on hold.

Although lockdown helped her boost her savings, Rachel had already been saving five years prior to this, putting away the cash she needed for her first home.

She would withdraw £200 in cash every month and deposit it into her savings account in person at her local branch to “keep motivated” towards her savings goal.

Although she didn’t receive any financial help from friends or family, living at home with her family meant Rachel could pay half the rent she would be paying if she moved out of her home.

Help to Buy Isas are no longer open to new savers. Before they were withdrawn in November 2019 more than one million savvy savers like Rachel opened the account which comes with a 25% government bonus when you use your savings to buy a house.

We sat down with Rachel to see how she managed to save for her home for The Sun’s My First Home series.

Tell me about your home

It’s a one-bedroom terraced house in Loughborough. At the moment I’m single and I’m always out and about rather than at home, so the size of the property is ideal for what I need.

Apart from the double bedroom, there’s one bathroom and an open plan kitchen and living space.

It’s a freehold house which is a good find. A lot of the homes in my budget were flats which are leasehold which I don’t want to buy because you don’t have much control over the ground rent and other charges.

It has a small front garden which is private because the row of terraces are off the main street.

How much did you pay?

I chose a five-year fixed rate of 2.89 per cent. This means I know exactly how much I have going out each month, which suits me.

I appreciate interest rates can go up and down but given the state of the economy, interest rates are so low right now the only way they can go is up.

My monthly mortgage repayments are £451 a month.

I decided to stick with my own building society, Nationwide, for a mortgage because I’ve been saving with them since I was little and I have a good relationship with my local branch.

It was someone in the branch who told me to speak to a mortgage adviser when I went in to make a deposit and they could see from my savings book that I was getting close to being able to afford a home.

We went through my budget and decided what I could afford to spend on a house. They gave me a decision in principle which is a rough indication of what they would be prepared to lend me.

I didn’t want to stretch my budget too much so I could carry on enjoying my lifestyle.

Why did you decide on the location?

I wanted to find an area that was handy for work and my hobbies.

I didn’t specifically choose Loughborough but I had decided to look for any properties along the A6 around this area where most of my social activities are, and Leicester is where I work.

So when I found this house it was ideal.

It’s also along a quiet street, and my garden can’t easily be seen by my neighbours – so I really like the sense of privacy it gives me.

How did you save for it?

When I opened by Help to Buy ISA, I already had around £1,000 from saving up my birthday money as a child which I’d kept in different accounts.

After that I started the slog of saving £200 every month.

My salary went from £17,000 to £22,000, two years after I’d started saving, when I retrained from being an outdoor instructor to a teacher which made budgeting easier.

I was living with my family paying £300 in rent which is about 50% less than I would have to pay to a private landlord which was a big help.

On the whole I’m not really a spender. I’m more of an outdoors person. I hike, climb and camp and once you’ve bought you’re initial kit, a lot of the trips I do aren’t that expensive.

As a scout leader, I volunteer my time so when we go on trips it doesn’t cost a lot of money. In the last five years I only went on one expensive holiday with the scouts to Switzerland and our latest trip was cancelled because of Covid, saving me £600.

Over lockdown I was able to save much quicker because my climbing days out were cancelled which costs me £45 a trip, and I cut back on socialising each month – this meant I saved around £200 a month in total from doing these things

A full tank of petrol went from lasting two weeks to six weeks because I wasn’t travelling to work, scout meetings, the climbing centre or church – so I reckon I saved £40 every three weeks on fuel.

To help me budget, I used to physically withdraw £200 from my current account and put it into my savings account, rather than setting up a direct debit.

It was something about handing over my savings book to the cashier in the branch and seeing the balance go up that was a good motivation for me.

How have you furnished it?

I’m fortunate because I was already well equipped. A lot of the furniture I had in my room at home was bought by me so I could take it with me and my kitchen things from university were being stored in the garage. I can replace things as I go but I have enough to get my started.

There’s no major work that needs doing to the house to make it liveable, there’s just wall papering to do.

The houses were built in the late 1970s and they have weird spiral staircases. But in mine, the previous owner has replaced the staircase and removed some walls to create more space.

Were there any complications?

It wasn’t all plain sailing. I had an offer accepted on a flat last November, but it fell through eight months later because of leasehold complications.

It turned out the various leasehold charges were too high for most mortgage lenders to accept.

Then just before I pulled out, the solicitor sent a notice to say there was maintenance being carried out on the flats and each leaseholder would need to contribute nearly £900.

That seemed a little excessive to me, as nothing had shown up on the homebuyers report that indicated any major work needed to be done.

When I re-started my search in June, I was battling against dozens of other buyers for every property I viewed as the stamp duty holiday whipped the market up into a frenzy.

It meant I got locked in a bidding war for this house – but I managed to get it in the end.

I exchanged contracts and got the keys on September 13 and moved in on October 16.

What’s your advice for other first-time buyers?

Show you’re a serious buyer and don’t be rushed into deciding.

Speak to a mortgage adviser early in the process to work out what you can afford to spend on a house before you go looking, not the other way around. It’s important to have realistic expectations.

Buying your first home is exciting and it’s easy to get carried away in the moment. Take a step back and don’t be rushed by the estate agent. It’s a massive commitment – there will always be another property if you miss out.

I built up a relationship with the estate agent, spoke to their mortgage adviser and had an agreement in principle from my building society so the seller knew I was in a good position to buy.

When I first viewed this property, it was an open house and in one hour there were 12 viewings but I was determined to go back a second time before deciding. I thought I’d missed out but none of the offers went ahead so I was able to go back for another look.

Go with someone when you view a property and take a different person to the second viewing to get a fresh opinion.

Here’s how one couple saved up nearly all the deposit needed for their £255k first home by selling their cars and old junk.

Being on furlough didn’t stop these two first time buyers bagging their first home – here’s how they did it.

Being tight with money helped this first time buyer get on the property ladder. 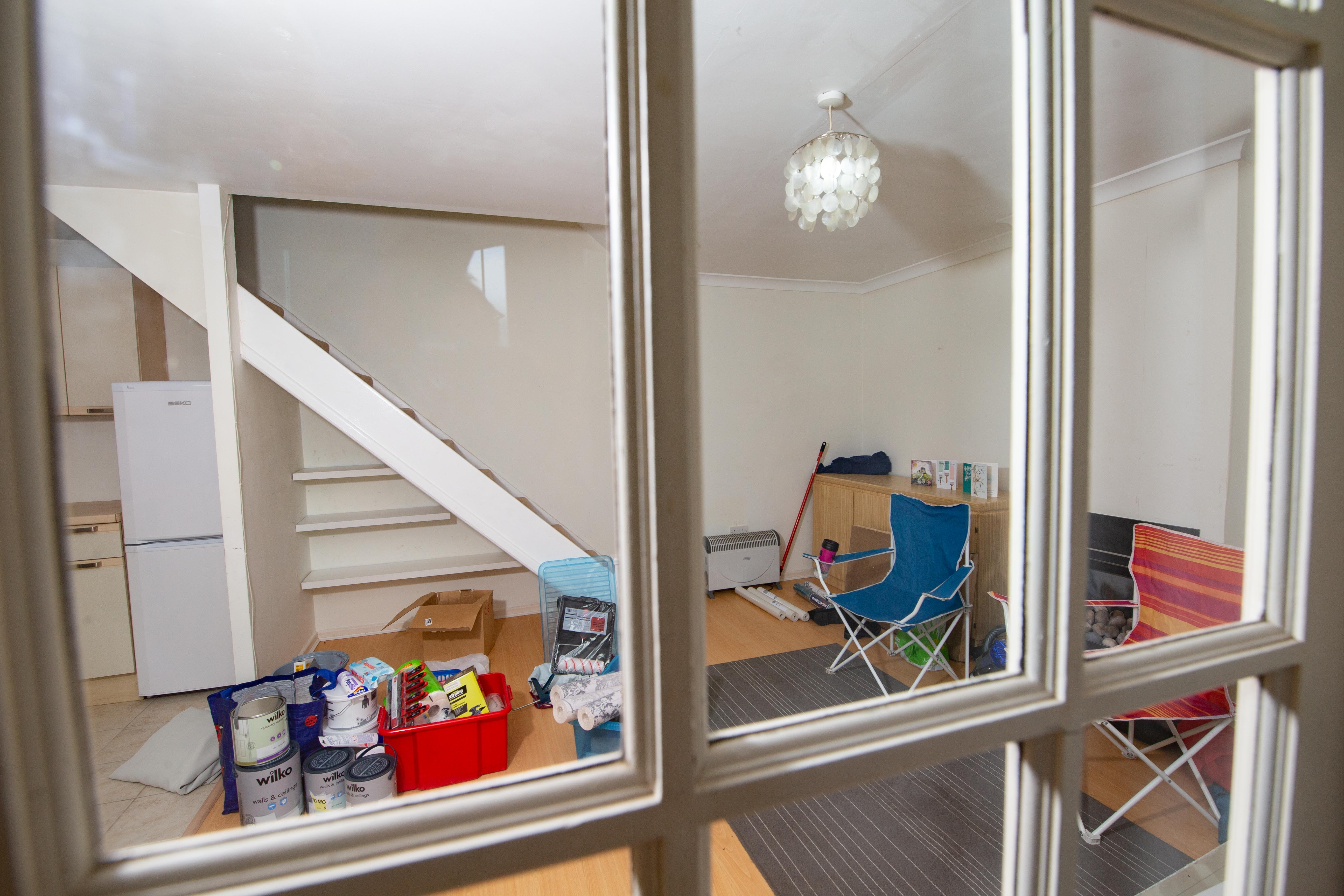 She already had a lot of furniture she could move into her home – saving her cashCredit: Terry Harris 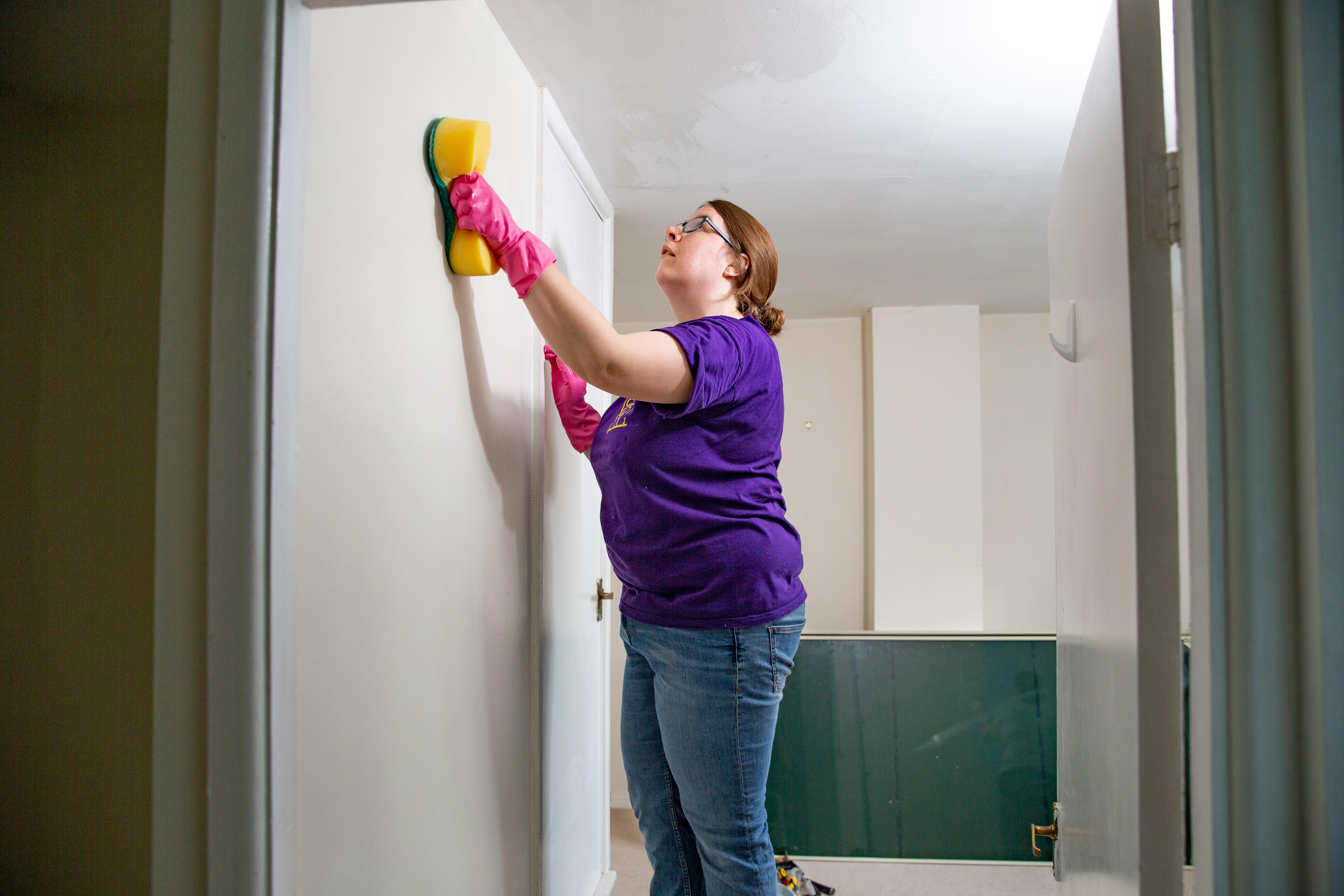 Rachel says its a good idea to get someone else to come with you for a second viewingCredit: Terry Harris

One of Britain’s smallest detached homes is on the market for £235,000

What I Own: Felicity, who used Help To Buy for her Worcestershire home

House destroyed by fire in Oxford goes up for sale for £50,000

Home of Frankenstein author Mary Shelley on sale for £1 million

Apartment so tiny toilet is in the SHOWER on sale for £250,000…but estate agent says it’s value for money