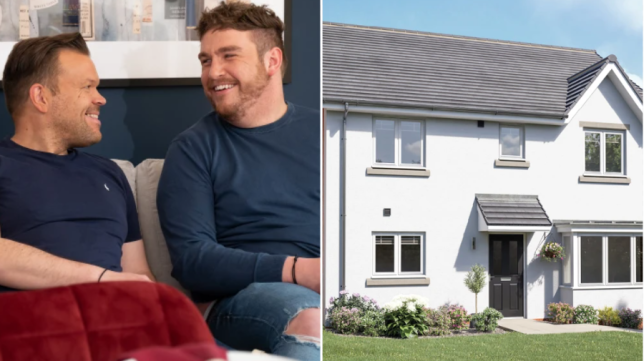 A low deposit scheme enable Chris and Dan to get on the property ladder a year earlier than expected (Picture: Nick Freeman/Supplied)

Office manager Chris Pratt and his partner Dan Coyles, who is a hotel business development manager, fully expected to have to save at least a 10% deposit in order to buy a place of their own.

So they were over the moon when they learned about the Deposit Unlock scheme, which gives prospective buyers the opportunity to secure a home with a down payment of just five per cent.

They used it to buy a two-bedroom house at Crest Nicholson’s Union Place at Monksmoor Park in Daventry, enabling them to quit renting a year earlier than expected.

The initiative was devised by the Home Builders Federation, a body representing developers across England and Wales, in conjunction with lenders and housebuilders.

Launched as an alternative to the government’s Help to Buy equity loan scheme, which ends in March, it allows first-time buyers and home movers to purchase a new-build property with a 95% mortgage, while giving them access to competitive interest rates. 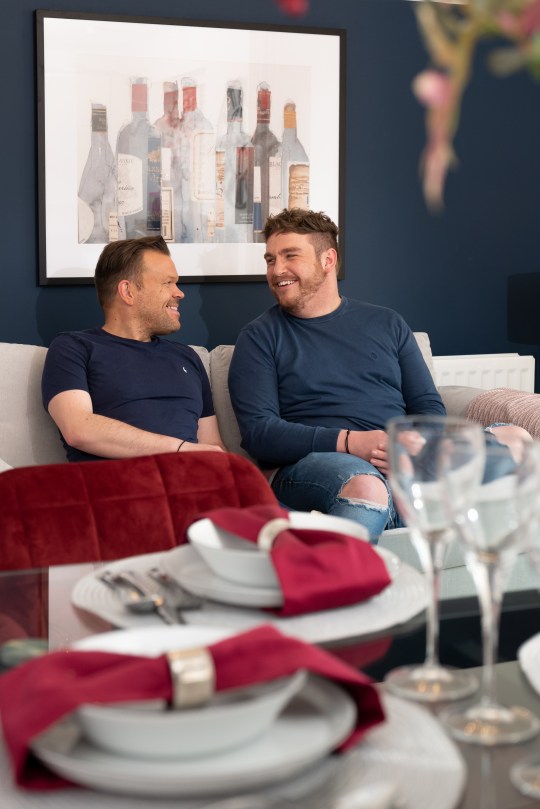 Lenders are often reluctant to provide high loan-to-value mortgages on new builds, but Deposit Unlock offers them protection by insuring the mortgage against risks such as the property value dropping in the unlikely event they’re forced to repossess and sell.

To date, 24 housebuilders, including Crest Nicholson, and three lenders have signed up to the scheme.

Prior to moving to Union Place, Chris, 39, and Dan, 29, were renting a small, two-bedroom house three miles away and were concerned that they were wasting money on rent every month when they could be paying a mortgage.

‘We’d been renting there for just over six months and with rent becoming just as expensive as a mortgage, we’d been looking to buy for quite some time,’ says Dan.

‘We were expecting to have to wait another 12 months minimum to save up for the standard 10% deposit, but when we discovered Union Place and the Deposit Unlock scheme, it offered the perfect way for us to buy our first home sooner.’

Chris adds: ‘Being able to move our purchase forward like this has resulted in huge savings for us – not just in terms of the deposit but also savings on rent, too.’

Do the maths: a two-bedroom house 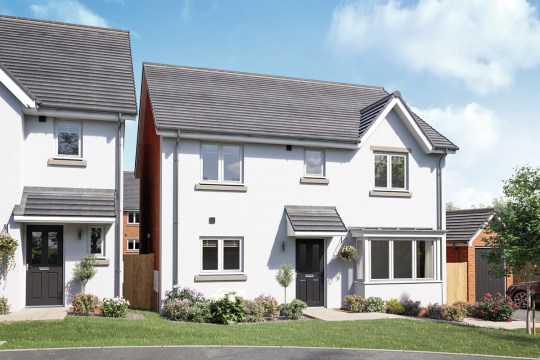 Having a mortgage could result in huge savings (Picture: Supplied)

Open-plan layouts, fully fitted kitchens, cloakrooms and landscaped front gardens feature, and a primary school, shops, a village green and nature trails are on the doorstep.

The scheme is two miles from Daventry town centre, 15 minutes from the M15, and Euston’s just over an hour away by train from nearby Long Buckby station.