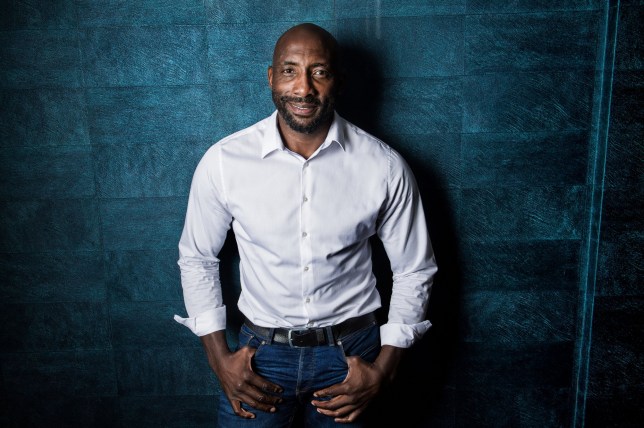 Johnny Nelson is boxing’s longest reigning world cruiserweight champion, having held the WBO title from 1999 until 2005.

His boxing career, which began in 1986, had an inauspicious start, when he won just three of his first 13 amateur fights. But Johnny’s trainer, Brendan Ingle, helped him to turn professional, and he went on to win 45 fights out of 59.

After retiring in 2006, Johnny spent time helping prisoners develop life skills and now, at 54, he is a regular pundit for Sky Sports Boxing.

Tell me about your first home

I bought my mum’s three-bedroom council house in Crookes, Sheffield. I bought the house in 1989 for £15,000. I was 22 and had been living there with her and my five siblings since I was 14.

Buying the home my mum lived in was the first thing I wanted to do when I made money as a boxer. It was my priority before buying flash cars and nice clothes.

Why was it important to you?

I didn’t want my mum to work. She used to work as an auxiliary nurse at a hospital and would start as early as 5am and leave the house at about 4.30am.

This was around the time the Yorkshire Ripper was roaming the streets, and so as a kid of 11 or 12 I was worried.

I remember thinking that ‘when I get older I’m going to buy a house for my mum, so she doesn’t have to work’. I didn’t know how I was going to do it, but that was my first goal in life.

It was a three-bedroom, run-of-the-mill terraced council house, with a terrace, a front garden, and a back garden. As a family we had always lived in a council house.

How did it feel to be a home owner?

Great. A big looming fear had gone because we came from nothing and so I was always worried about having nothing again.

My mum [now 93] was close to retiring at the time and so it was good that she no longer had to think about paying rent to keep a roof over her head. I finished paying the mortgage on the house around ten years after buying it.

What work did you do on it?

We installed double glazing throughout and knocked out a wall to combine the living room with the dining room. My mum loved growing sunflower seeds and rhubarb, and so we did the garden up to make it as nice as possible.

We also got new sofas, beds, and wardrobes after I asked my mum what she wanted. At first, she felt uncomfortable, fearing consequences from buying new things for the home, because as a family we never had much money.

How long did you live there?

Until around 1996, so for seven years after I bought it. The council gave the house to my mum, after she split up with my step dad when I was about 14 and so I lived there for a total of 15 years.

Where did you move next?

To a three-bedroom house in Beighton, Sheffield with my then wife, Debbie. I was looking to buy in the ghetto, but Debbie who is from Huddersfield said that we had to change a bit and I’m glad she did!

I loved that house, but after about ten years we moved to a bigger five-bedroom house in Mosborough, which overlooked an acre of land with cows at the back.

We loved the house, too, but the front of it was too close to the main road and so we knew it wasn’t our forever home.

Our next move was to a lovely five-bedroom house on a farm, with ten acres of land and horses, in Renishaw, South Yorkshire.

Where do you live now?

Two hundred metres away, on land which has four self-contained properties for me, my ex-wife Debbie and two daughters. My home is a four-bedroom converted barn, which was previously an old slaughterhouse for cows. We moved to it eight years ago.

I thought our previous home was our forever home, but Debbie wanted us to move to what was then a run-down farm with a big house, two annexes and a farm house.

I thought it was a money pit, but now I credit Debbie for her vision. Her vision has put us in a position where we sold at the right time and made money, which was great, because in boxing the money doesn’t roll in forever.

A Deep-Sea Parasite Ekes Out Life in Hydrothermal Vents

These 10 smells can help you sell your house quicker