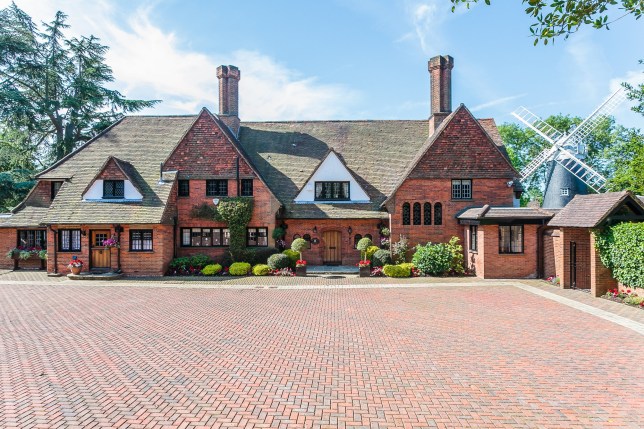 This dreamy home is up for sale for £5.5million (Picture: Hamptons)

Let’s be real: buying a fancy house in London isn’t a realistic goal for most of us.

With this in mind, we present to you a luxury pad that gives you all the pleasures of the countryside with easy access to central London, too.

Oh, and there’s an indoor pool. And also a windmill in the back garden.

We’ll start with the windmill, because that’s the real highlight,

The five-bedroom house sits on Windmill Lane in Arkley, Barnet, and has the feature to back up that location’s name.

In the back garden is a Grade II-listed windmill, known locally as both Barnet Gate Mill and Arkley Windmill, which was built in 1823. 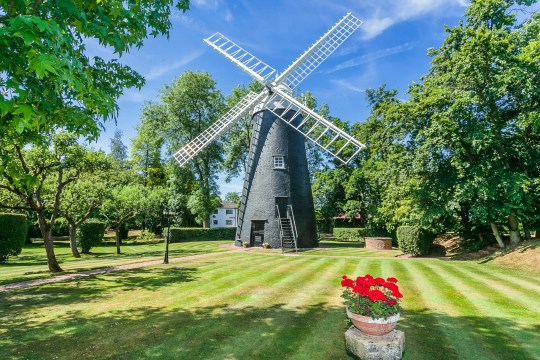 The Grade II-listed windmill in the back garden is a major draw (Picture: Hamptons) 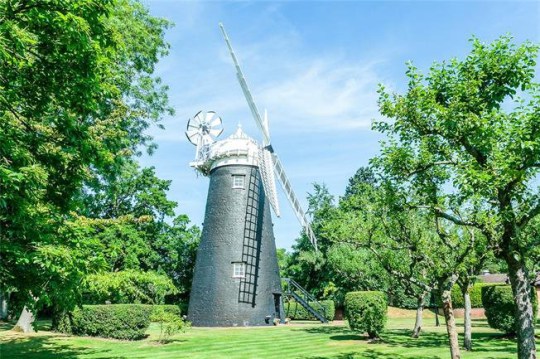 It’s one of the oldest windmills in southern England (Picture: Hamptons)

It’s one of the oldest mills in southern England, having been used for 100 years before it became part of the grounds of the home.

It looks rather glorious, and makes quite the attraction for when you’re inviting people round for garden parties.

While you’re bigging up the place, it’d be worth mentioning the indoor pool, too. 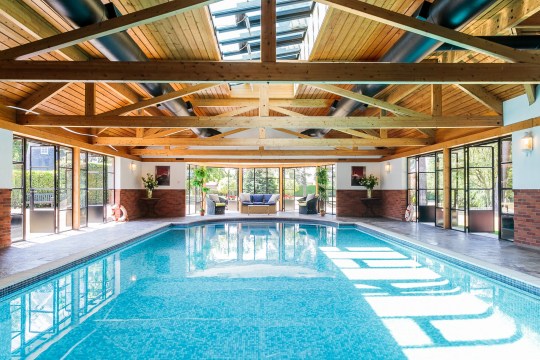 There’s an indoor pool, a gym, and a Jacuzzi (Picture: Hamptons)

That’s just off the main reception hall, in a complex made up of the pool along with a gym and a Jacuzzi. It’s pretty spectacular.

Inside, there’s around 7,709 sq ft of space in the main house (more in the garages, store room, and separate cottage), spread out over three floors.

When you enter on the ground floor, you’re greeted by a grand hall, which leads you to the study, the drawing room, and the open-plan kitchen/breakfast room, along with a separate dining area and another living room. 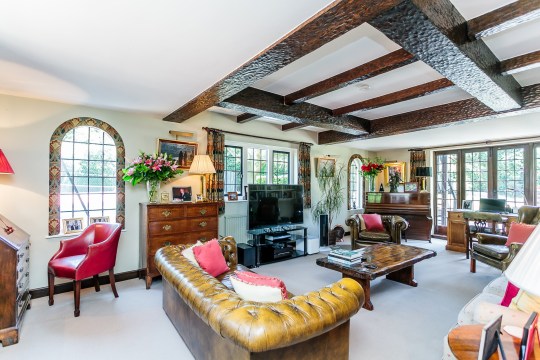 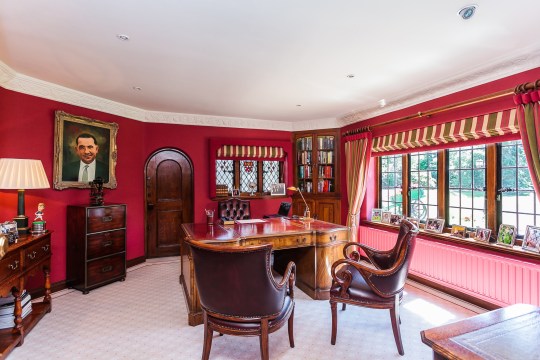 And a nice study, in case we continue working from home (Picture: Hamptons) 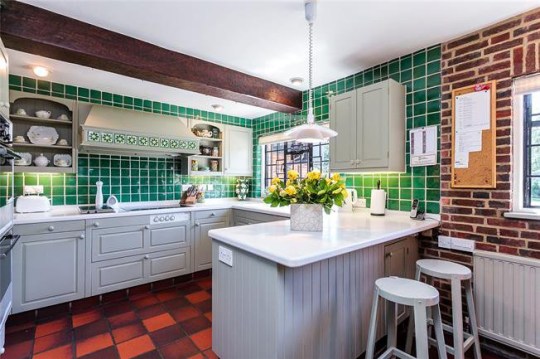 Go up a level and you’ll find the bedrooms.

The principal bedroom suite has two dressing rooms, accessed by a separate staircase, as well as its own en suite bathroom.

There are four more bedrooms on this floor, so you can take your pick. 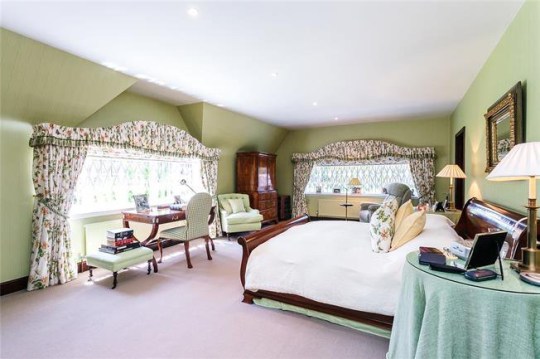 The principal bedroom has its own staircase up to two dressing rooms (Picture: Hamptons) 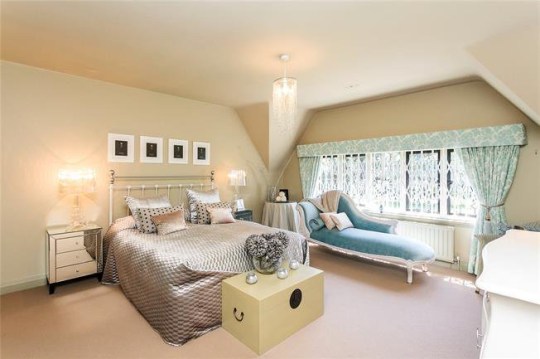 There are four more bedrooms to choose from (Picture: Hamptons)

In that separate cottage we mentioned, there’s a reception, a sitting room, and a kitchen on the ground floor, then three bedrooms and a bathroom on the top level.

And outside, the property has large gardens, a terrace for entertaining, a tennis court and two lakes. 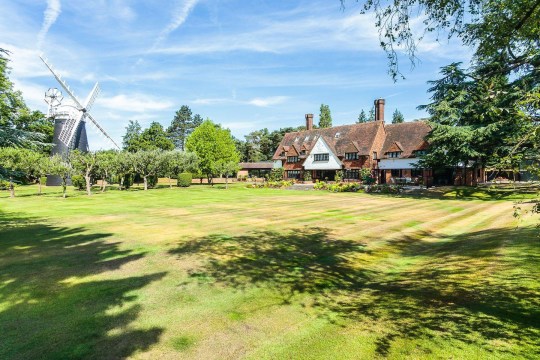 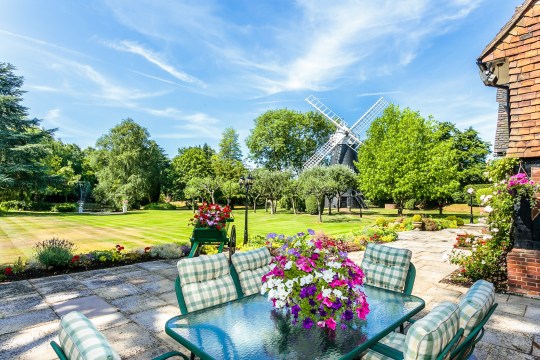 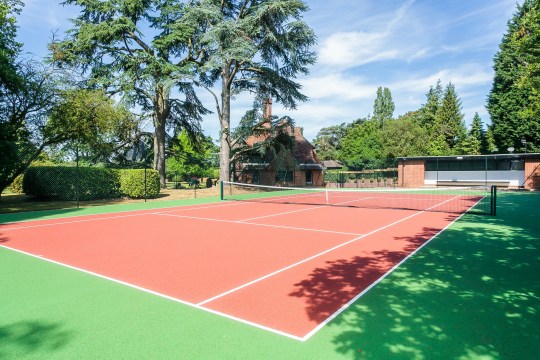 And location-wise, although it’s technically part of London, the property has a semi-rural spot providing all the fresh air and nature you’re likely craving post-lockdown. Plus, there’s Arkley golf course nearby.

If you do fancy returning to the city, you can hop on the Northern Line from High Barnet station. Easy.

Now for the price. Brace yourselves.

The home is on sale through Hamptons, with a grand asking price of £5.5million. Sorry to crush your dreams.

The estate agents describe the listing as a ‘rare opportunity’, but note that the house may need a bit of work.

You could even get the windmill up and running again, if you’re keen – you’ll just need to get some new back sails.

What does pansexual mean? | Metro News