A GOTHIC folly dating back 191 years with octagonal towers and spiral staircases and gone on the market for £1.25million. 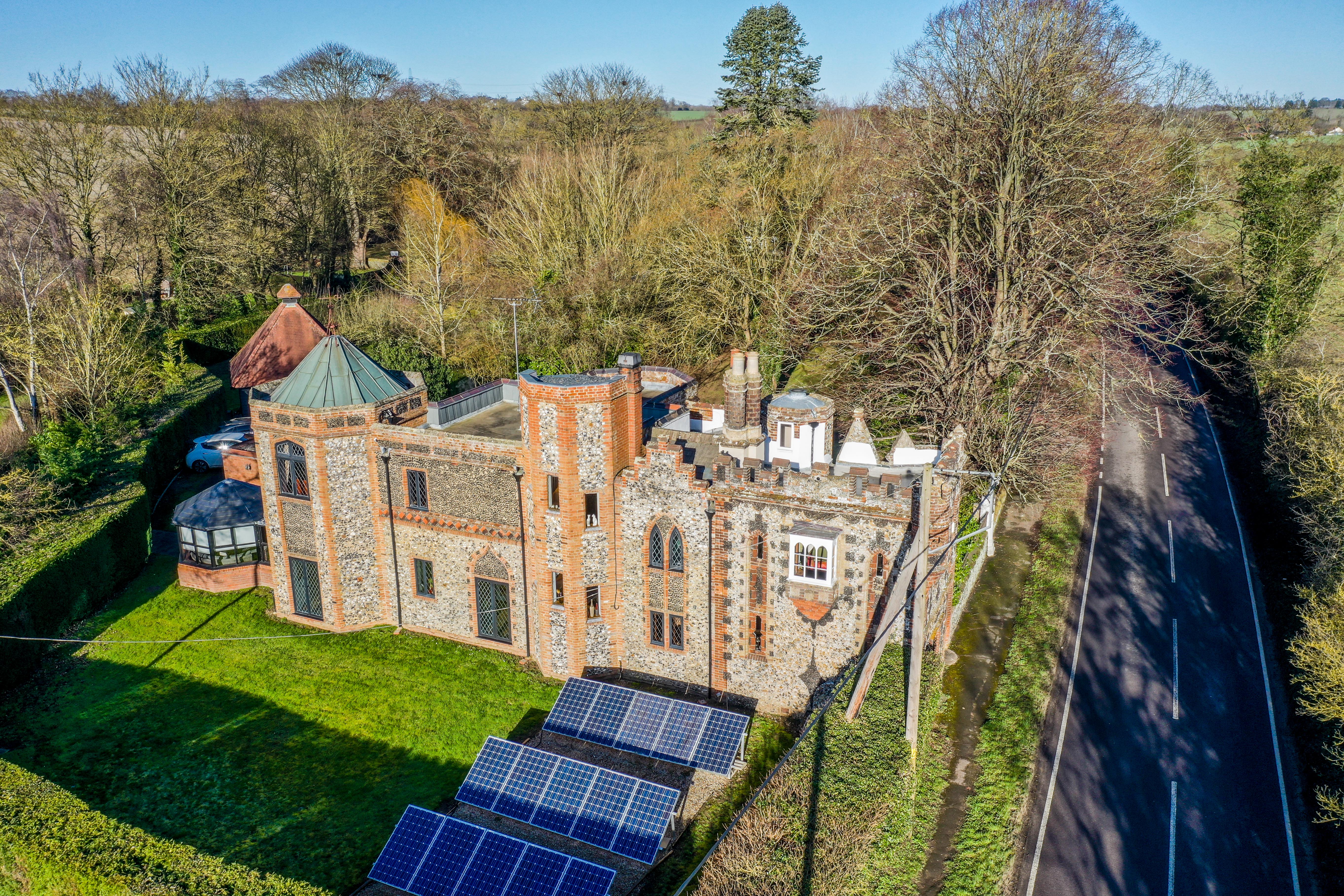 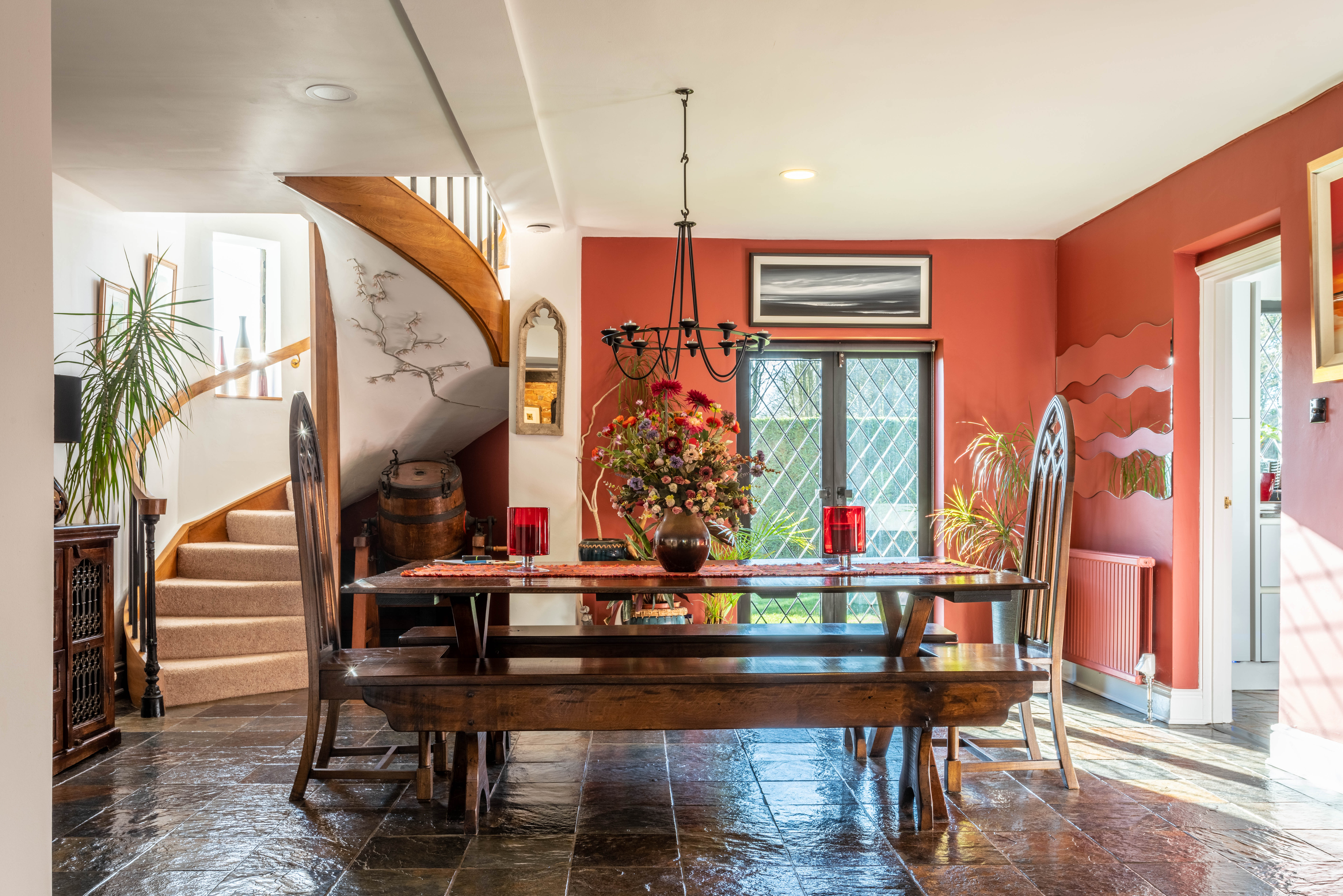 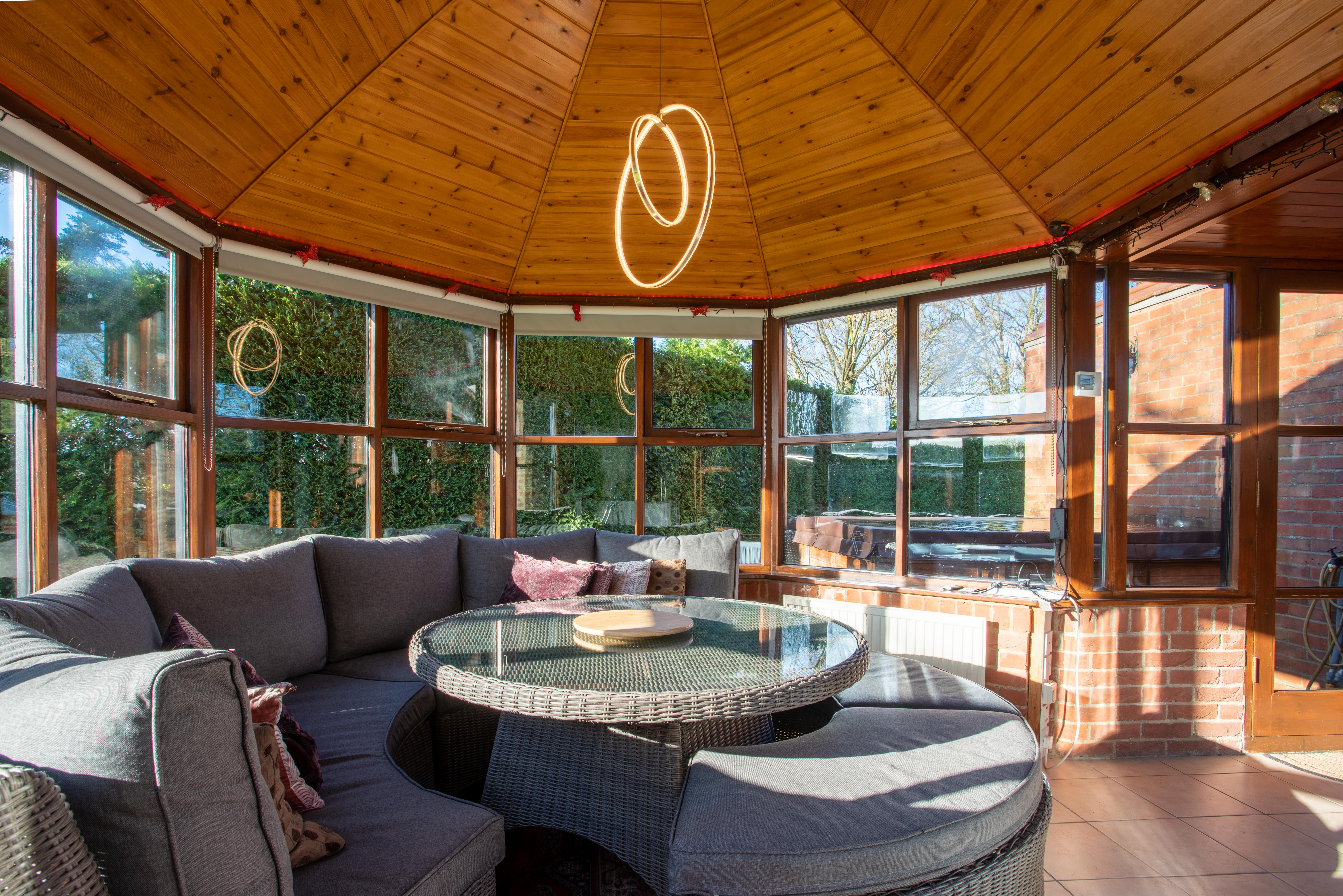 The conservatory can seat a large party of guestsCredit: Bournemouth News 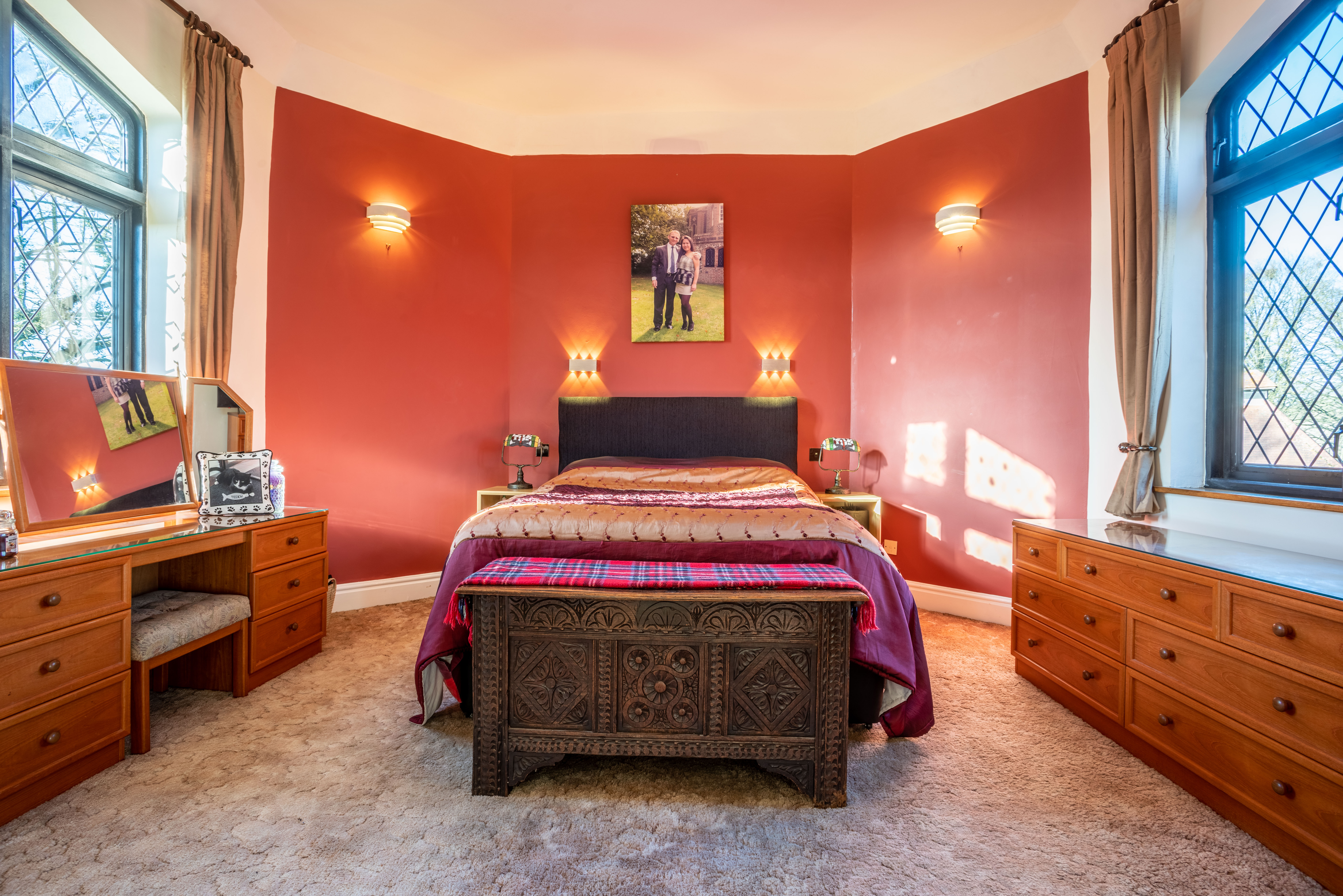 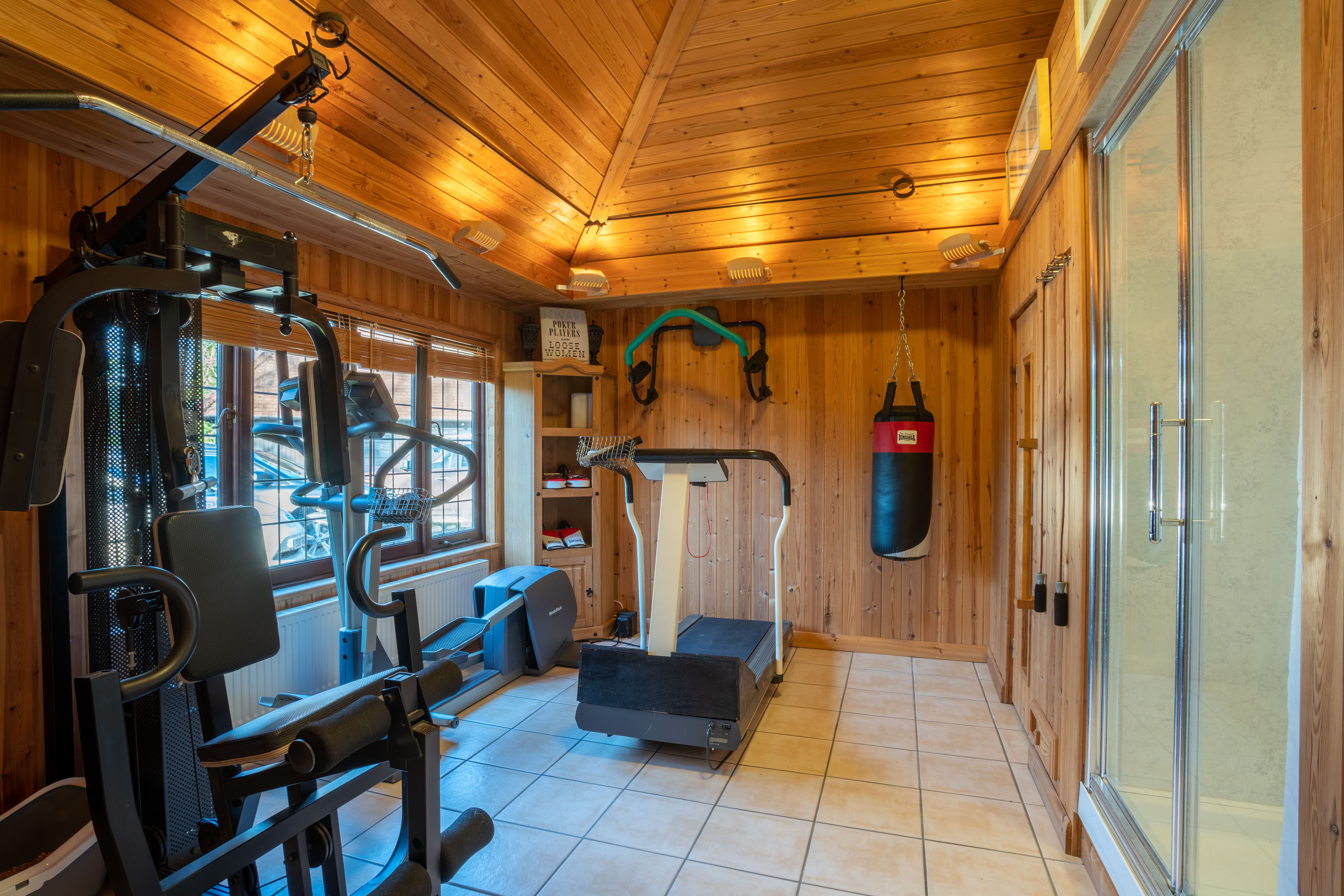 The home boasts of modern-day features such as indoor gymCredit: Bournemouth News 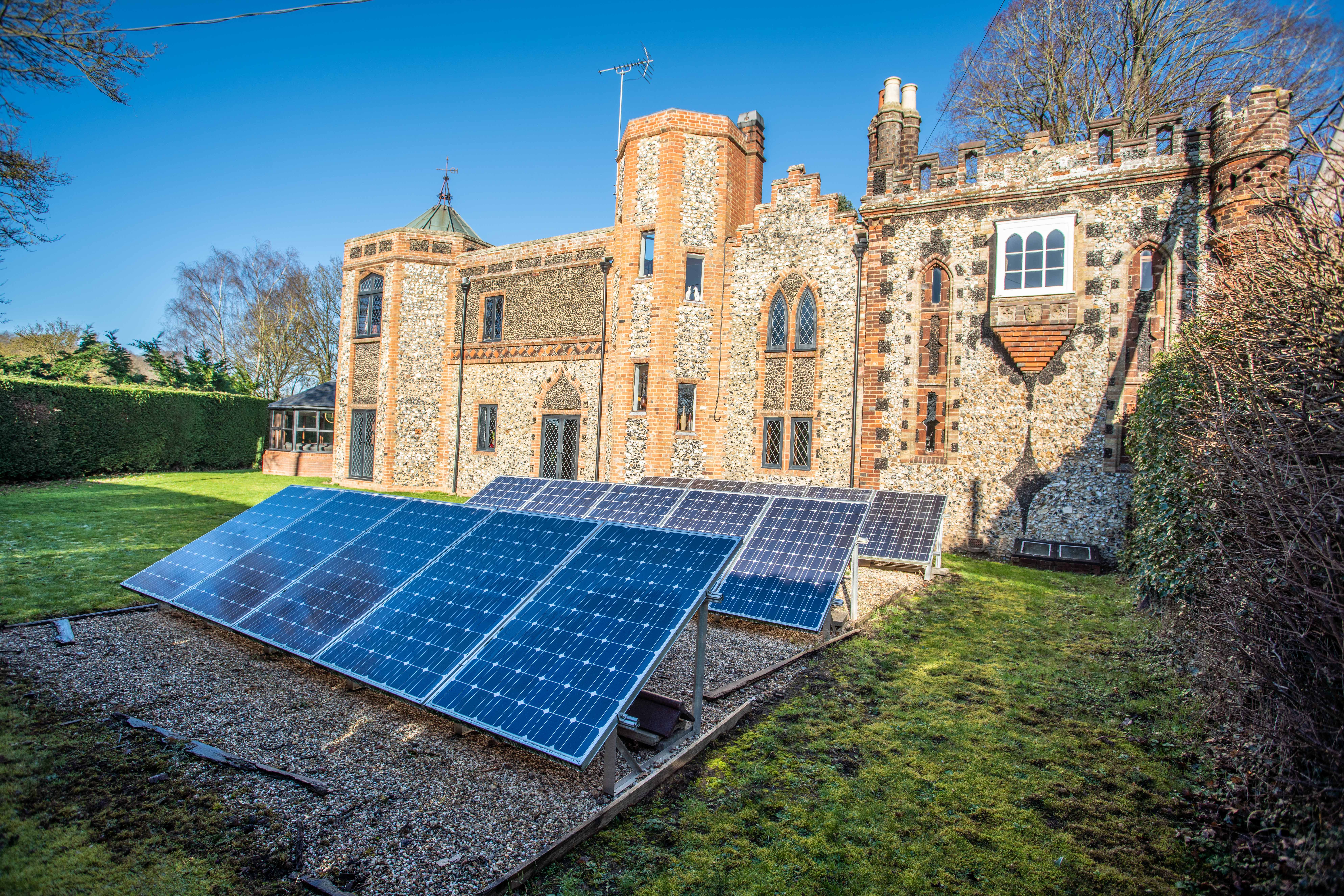 There are solar panels in the gardenCredit: Bournemouth News

The sprawling property is believed to date back to 1830.

It boasts more than 30 brick-built arches, two spiral staircases, Gothic-style windows and vast inglenook fireplaces, which all add to the drama of the house.

The house also has modern-day features such as a indoor gym, solar panels in the garden and updated appliances.

The property, near Saffron Walden, Essex, is on the market for the first time in 40 years with Cheffins.

In total there is 3,713 square-feet of living space with a kitchen, dining hall, bar, sitting room with trap door to the cellar, snug, study, garden room, gym with sauna, five bedrooms and two bathrooms.

The current owner has added a conservatory and garage and updated the kitchen and bathrooms since he bought it. 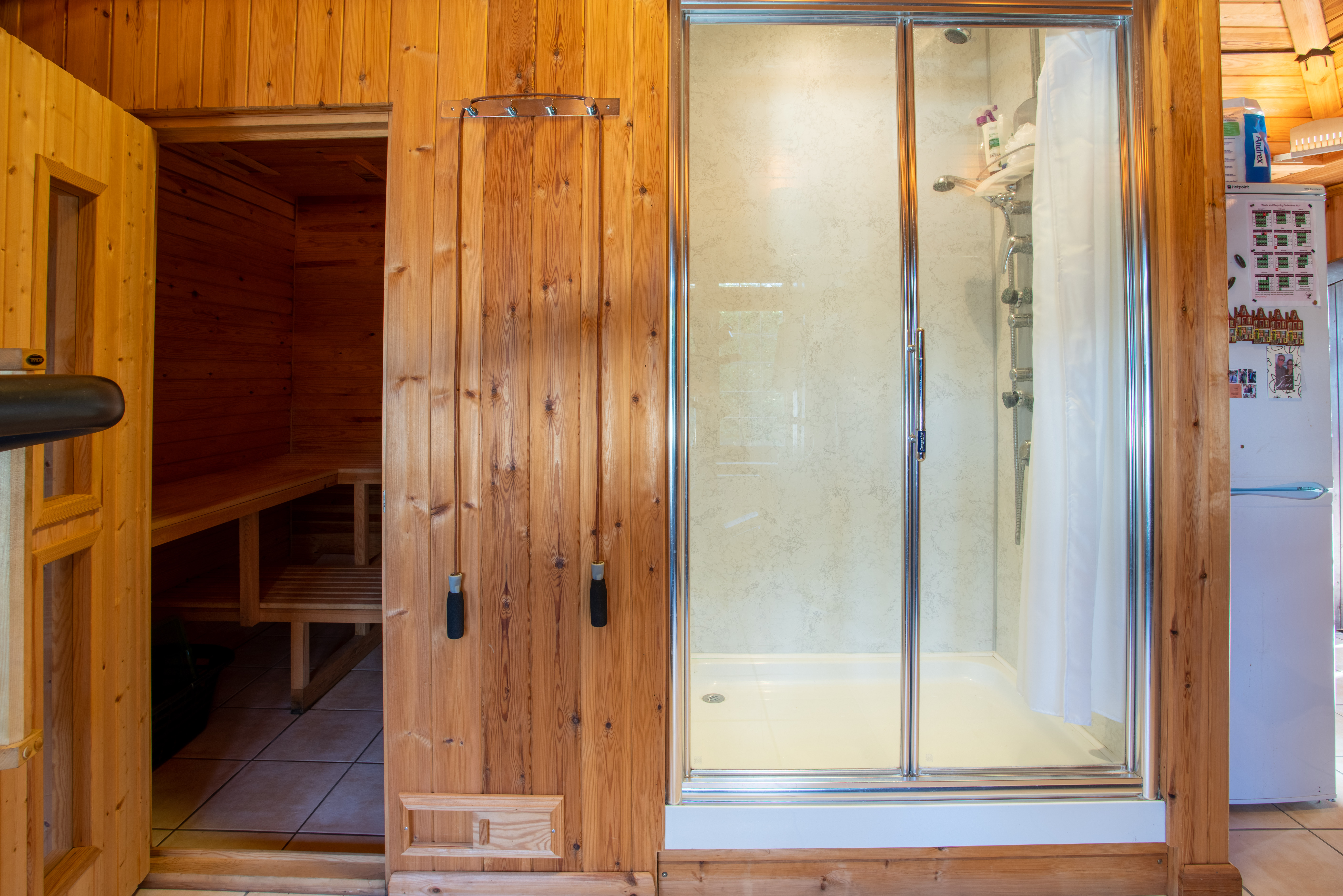 The gym also comes with a sauna and showerCredit: Bournemouth News 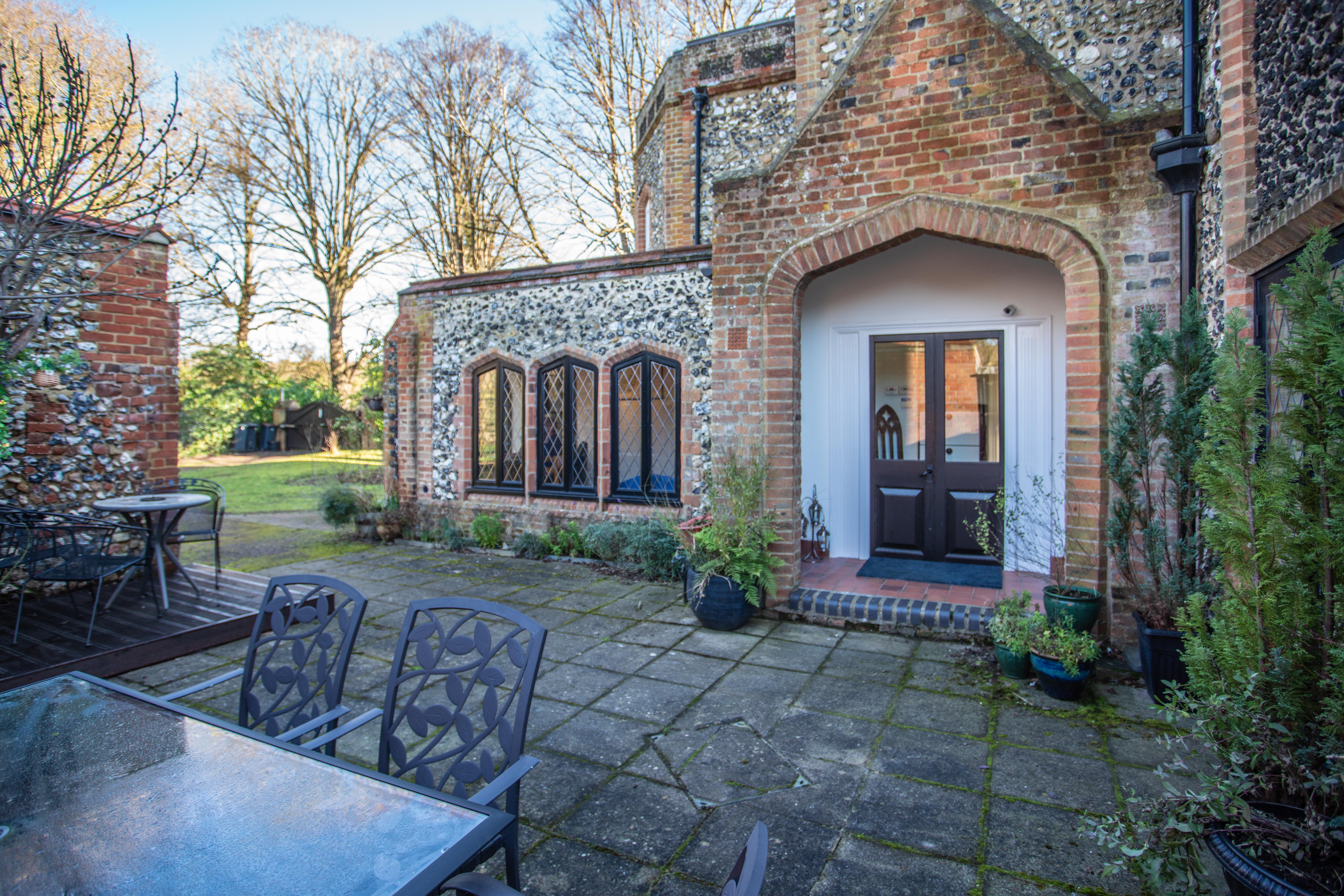 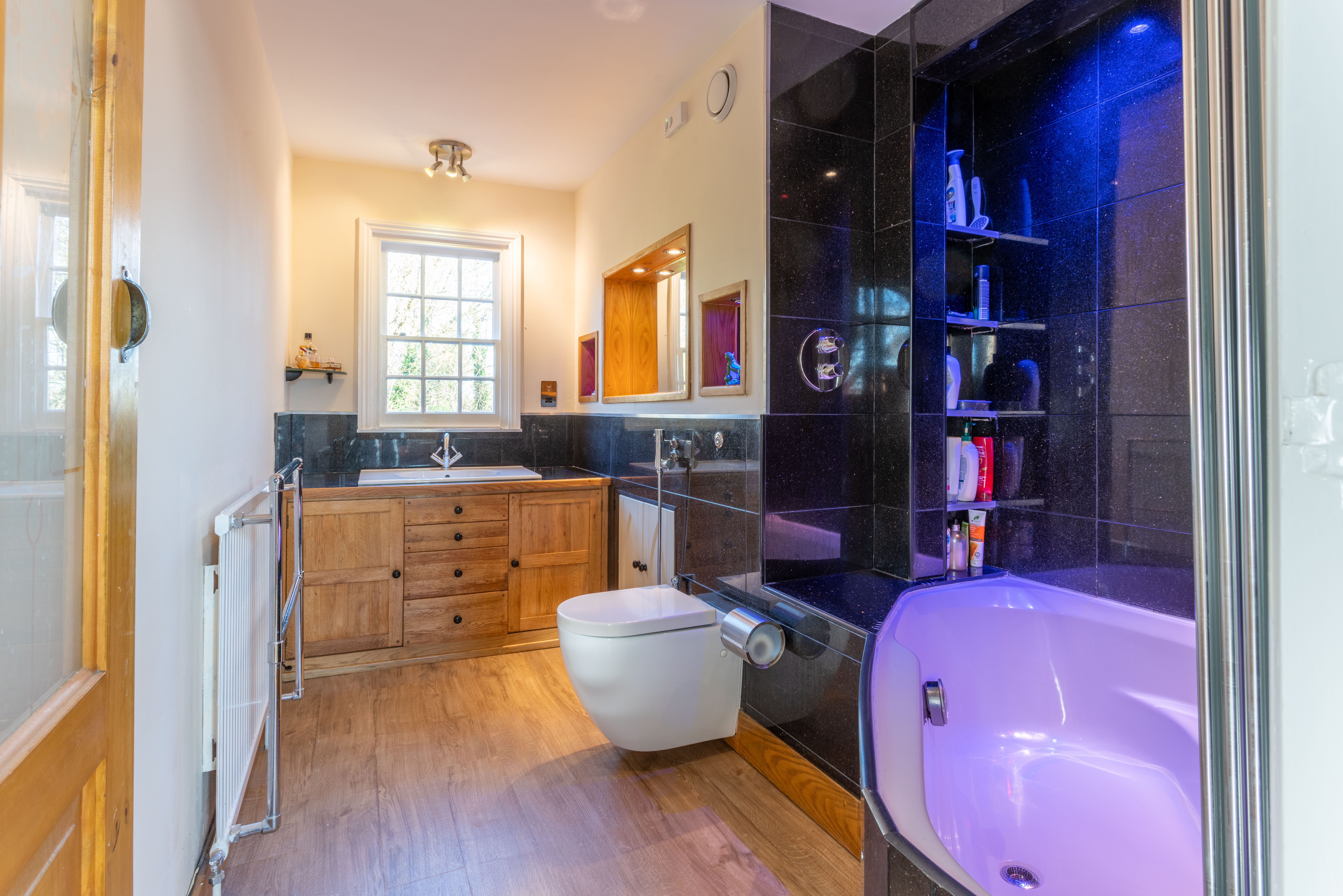 This is one of the two bathrooms in the home as this one has a large bathub with neon lightingCredit: Bournemouth News 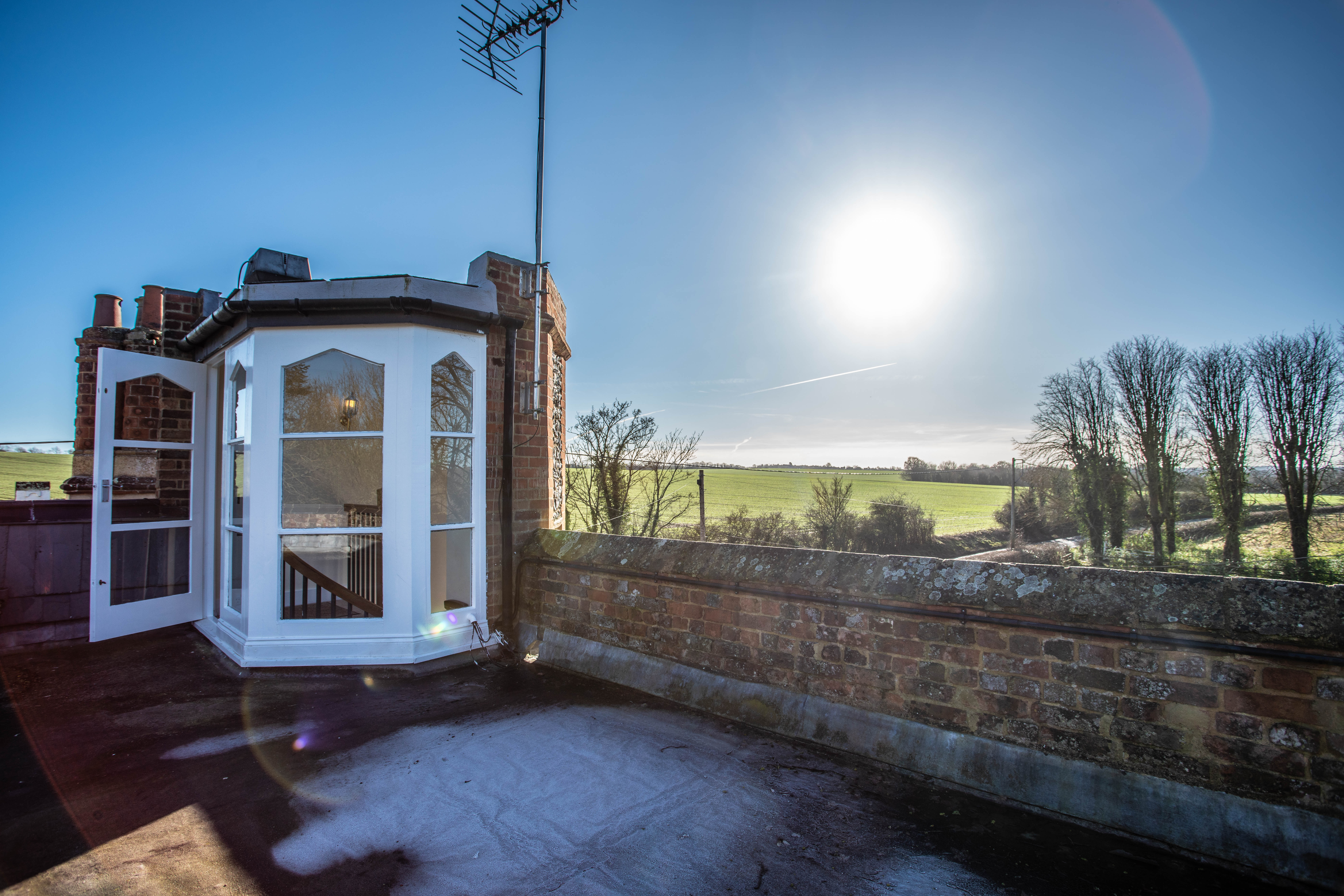 The new owner will access to the roof where they can enjoy stunning views of the countrysideCredit: Bournemouth News 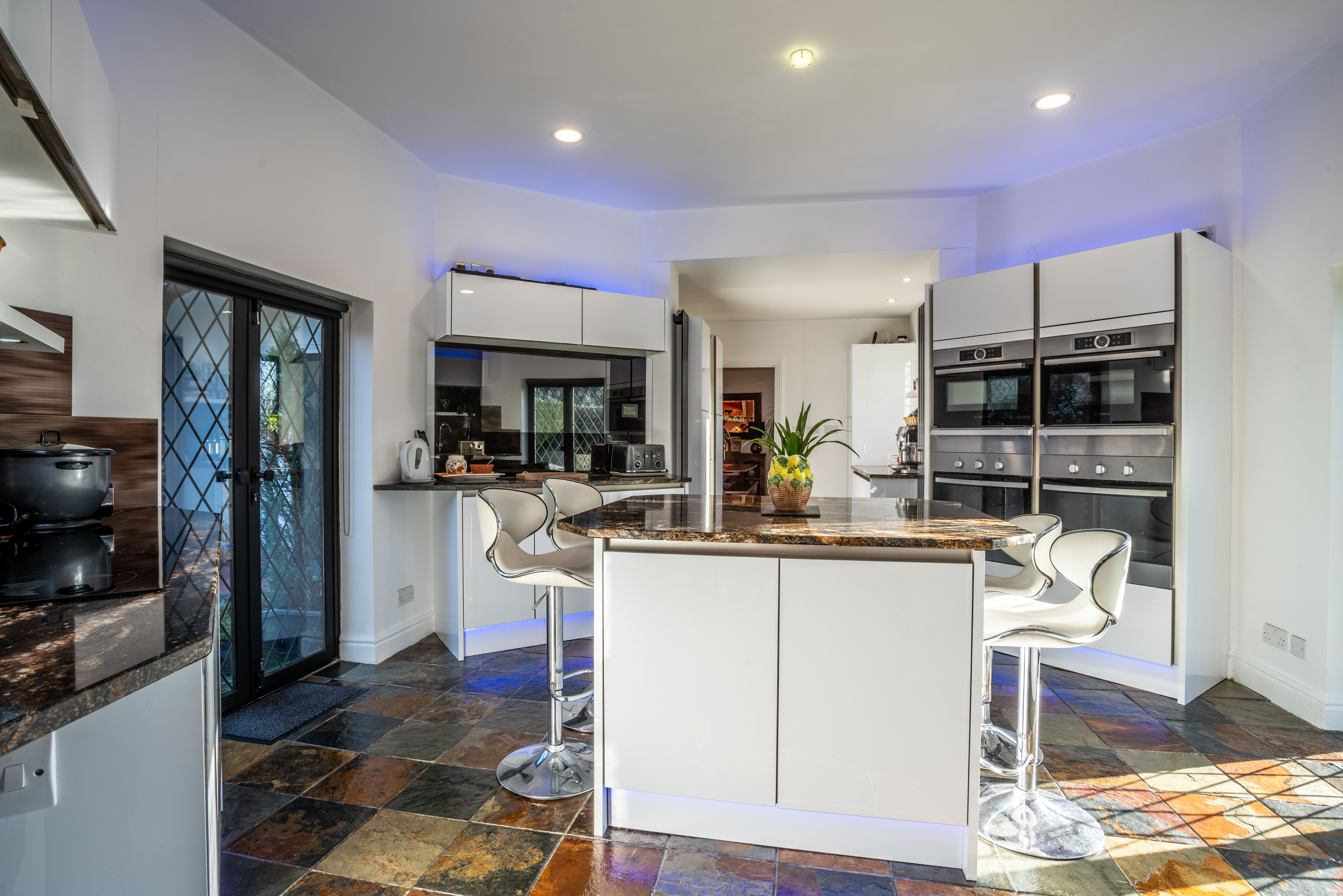 The kitchen has a sleek breakfast bar with two ovens and two microwavesCredit: Bournemouth News

Mr Briggs, 55, said: “I bought Cinder Hall from my father back in 2003 and am only the fourth person to have owned the house.

“The house has a way of putting a smile on your face whenever you come home and even though I have lived here for 18 years, it constantly surprises me with some tiny architectural detail or nook and cranny which I hadn’t previously noticed.

“The roof terrace has to be one of the most special features of the house, and when up there in the evenings you really feel as though you are sitting amongst the treetops.

“Cinder Hall is also a fantastic party house and has the ‘wow factor’ in spades.

“Anyone who visits loves the bar area in the dining hall and we have had countless parties on the roof terrace.

“We will be incredibly sad to leave Cinder Hall and hope that whoever buys it will have as much enjoyment out of it as we have.”

The dramatic dining hall, which has a separate bar area, has a sweeping spiral staircase and there is an inglenook fireplace in the sitting room.

The modern kitchen is on the ground floor of the octagonal tower, with the luxurious master bedroom above.

At the top of the house is a roof terrace which has views over the garden and surrounding countryside.

A partly-walled orchard and a river on one side sit on just under an acre of land outside the house.

Bruce King, director at Cheffins, said: “Cinder Hall is one of the most iconic houses in the local area and it could make the most fantastic family home.

“Like something from a period drama, the house is sure to spark the imagination of anyone who comes to view.

“An added plus point is the internal layout which is such that part of the property could easily be sectioned off to create a separate annexe perhaps for live-in staff or another family member.” 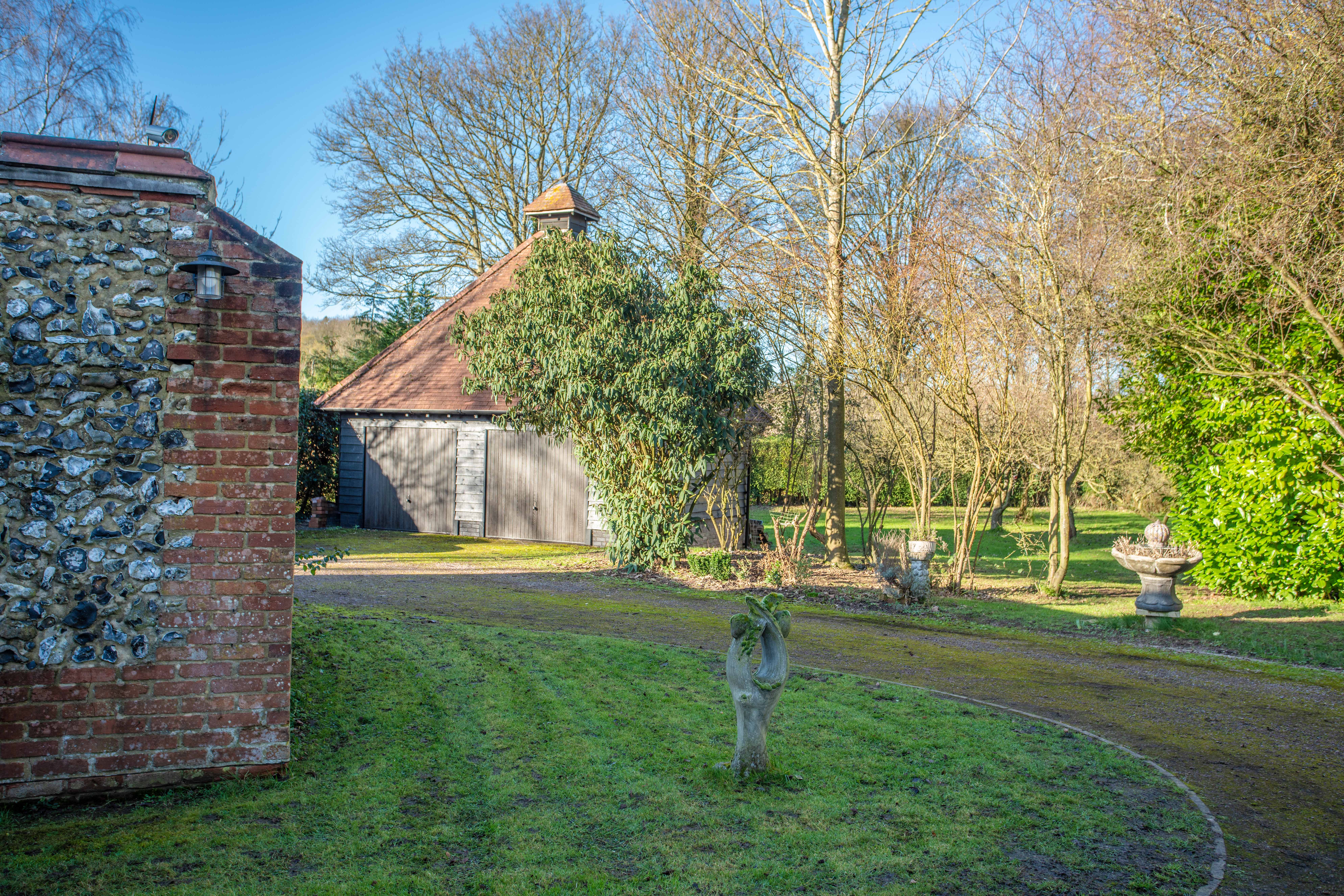 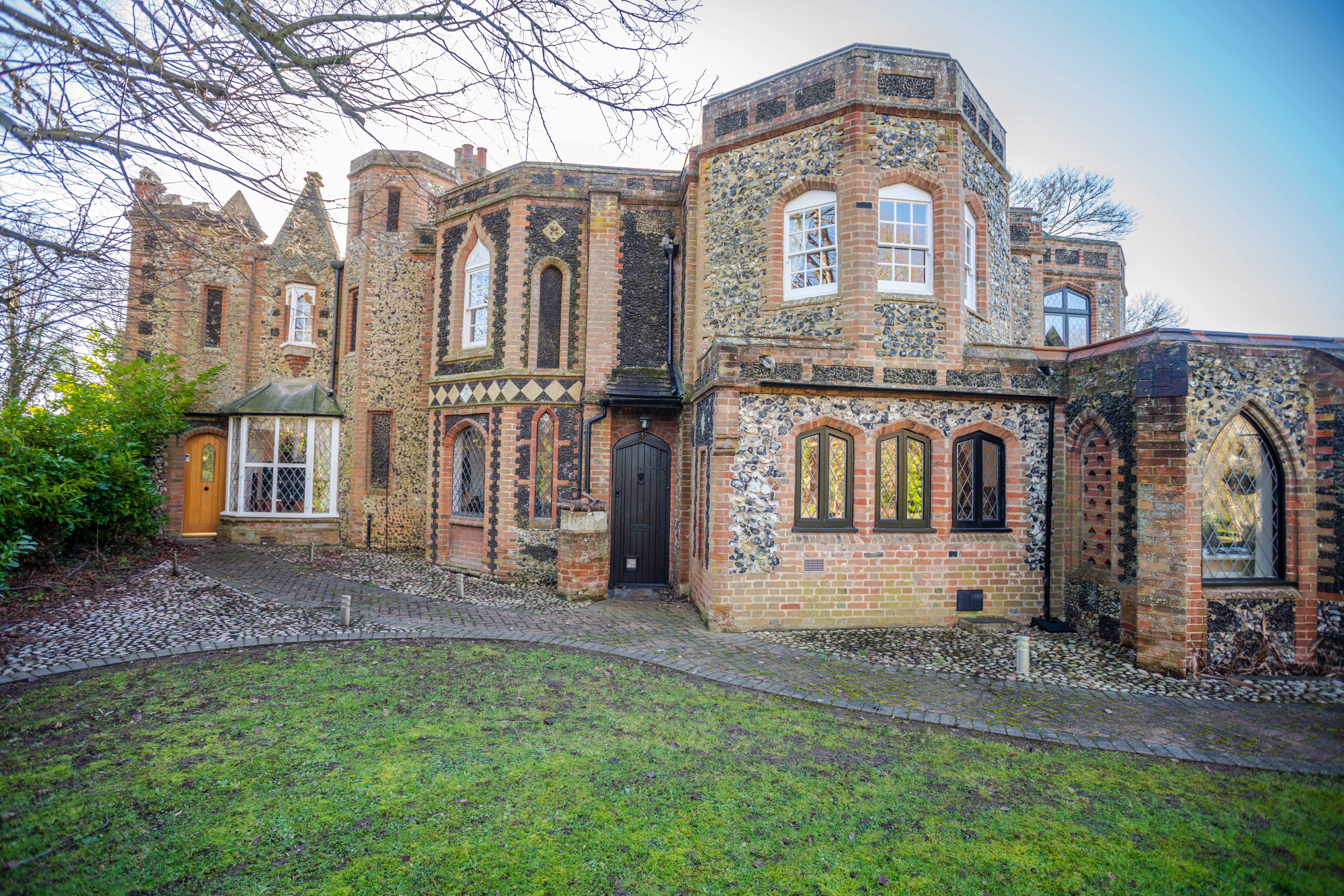 It boasts of more than 30 brick-built arches throughoutCredit: Bournemouth News 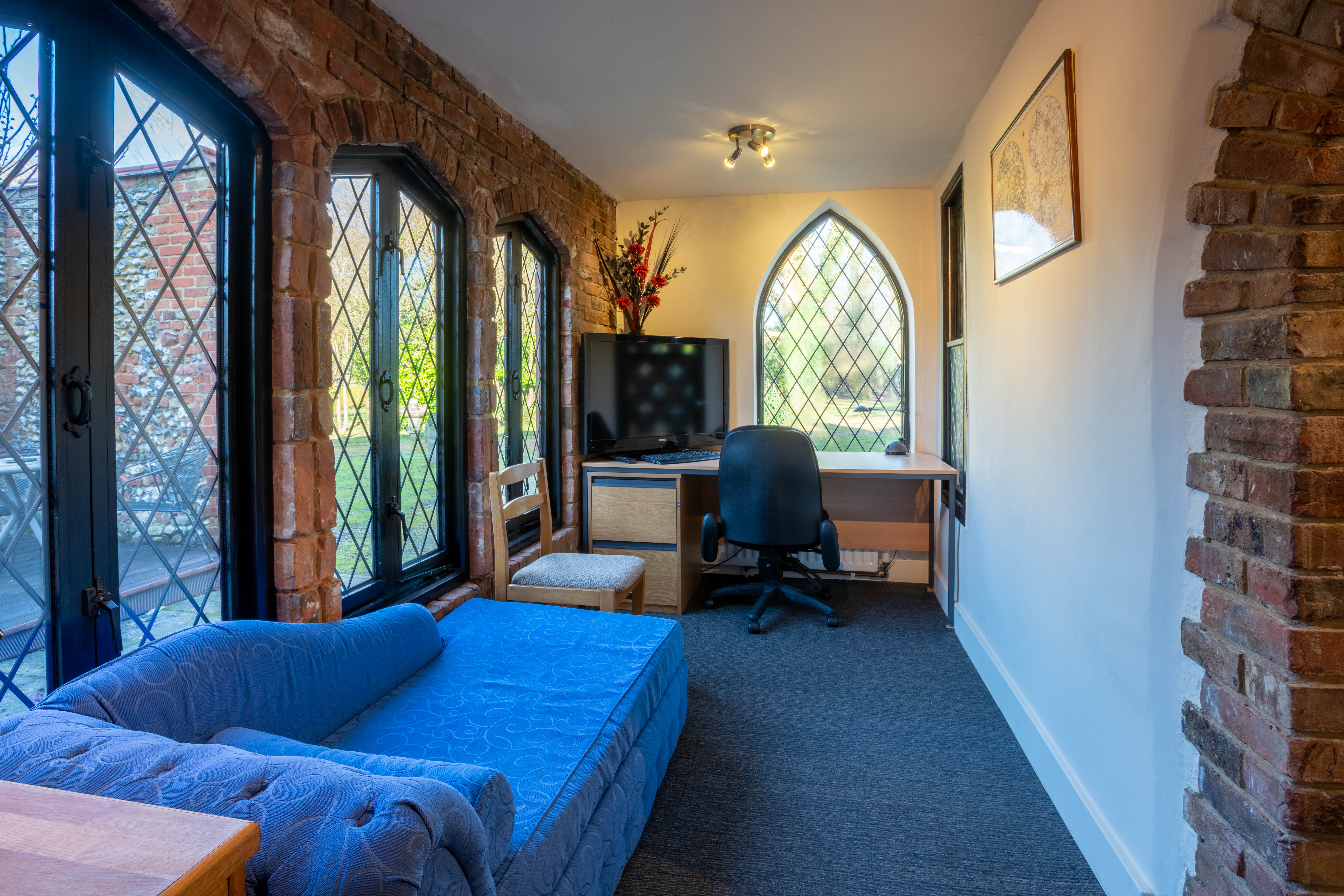 The home has a cosy study with a sofa and large windowsCredit: Bournemouth News 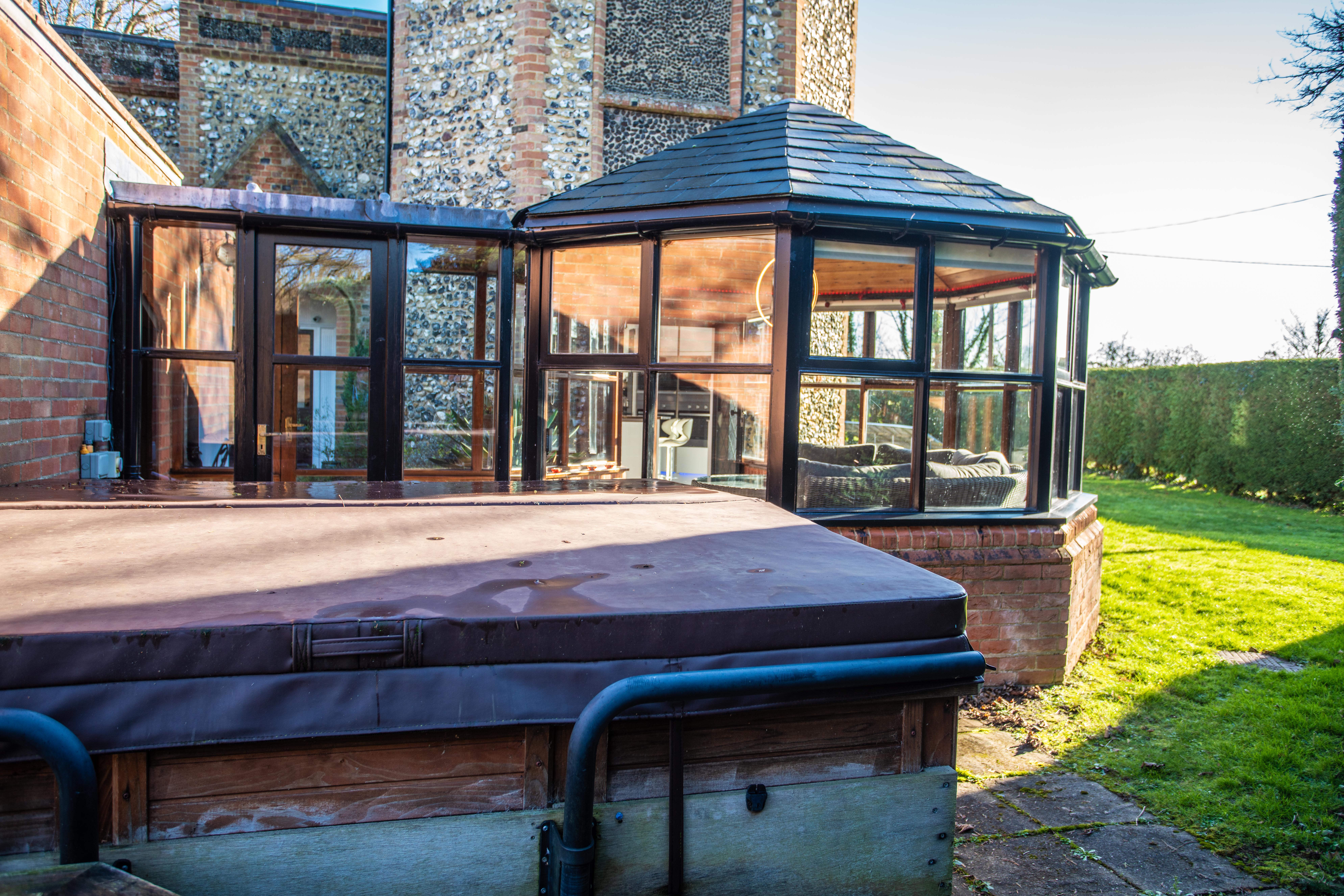 Outside the conservatory is a hot tubCredit: Bournemouth News 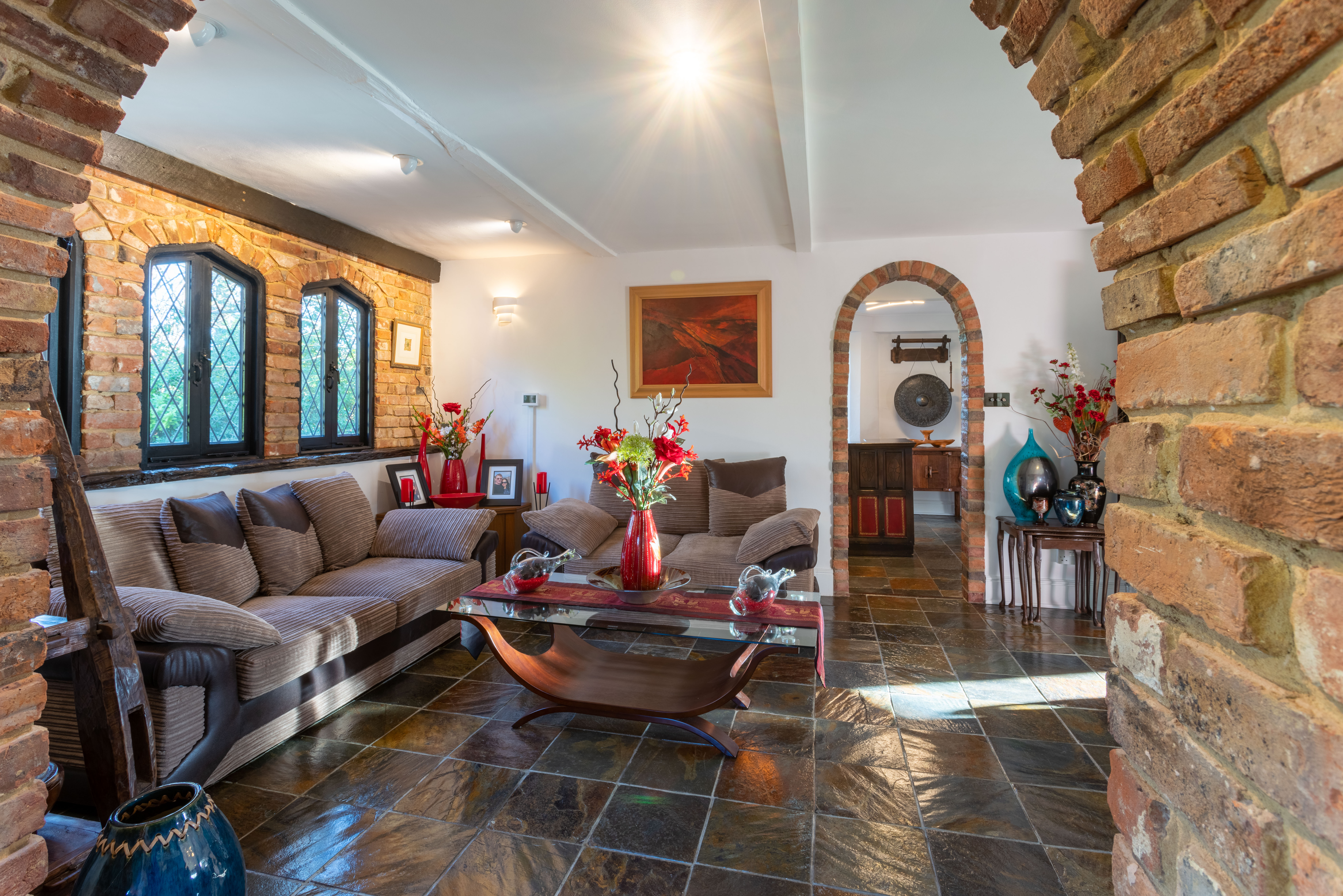 This living room has polished brown tiles on the floor with brick wallsCredit: Bournemouth News

What is the new housing policy and how does it work?

Dreamy cottage with its own natural pool and waterfall on sale for £700,000

Semi-detached house with FAKE GRASS carpet goes on the mark for almost £300,000 in Cornwall

I set up a bakery business while on furlough to help save £10,000 to buy my first home

St Ives townhouse with amazing sea views is on the market for £950,000

Secret cocktail bar, bra-fitting boutique and Chitty Chitty Bang Bang workshop battle it out for Shed of the Year