The former church is not consecrated ground so can be used as a residence (Picture: Kennedy News/John Couch)

This stunning Victorian Gothic church has been transformed from a long-forgotten place of worship to a modern family home worth £3.7million.

The Grade II-listed property has been resurrected from a neglected past as a deconsecrated church-cum-play centre for kids into a four-storey home that could be the answer to someone’s property prayers.

The genuinely unique Trinity House is located just moments from Torquay harbourside, the very heart of the English Riviera on the South Devon Coast.

Striking photos show sofas dotted around the vast building where the congregation once sat – and even a bar and snooker room where the altar once stood.

The property is set behind electric gates giving secure parking and access to a sun terrace and private woodland garden area.

Retaining the grandeur of its ecclesiastical past, much of the open-plan living space is contained within the nave area. 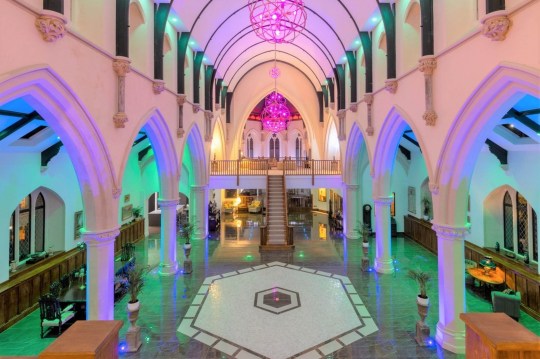 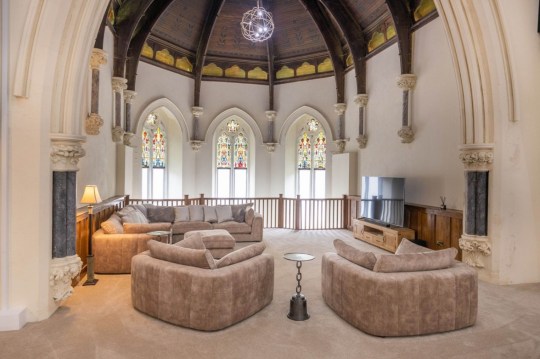 Many of the property’s original features have been retained since the renovation (Picture: Kennedy News/John Couch)

This has been enhanced by symmetrical staircases that rise majestically to the first-floor areas. Dramatic colourful lighting adds to the impressive effect.

On the market with John Couch The Estate Agent, the new owners will need to fork out at least £3.7million to call it their own.

John Couch said: ‘It’s a nice party house if you’ve got that many friends.

‘It’s quite something. You’ve got to take your hat off to someone that will have the nerve to ahead [and renovate it]. It’s a wonderful place.

‘I must admit when my colleague and I went in, even we as old, established agents just went “wow”.’ 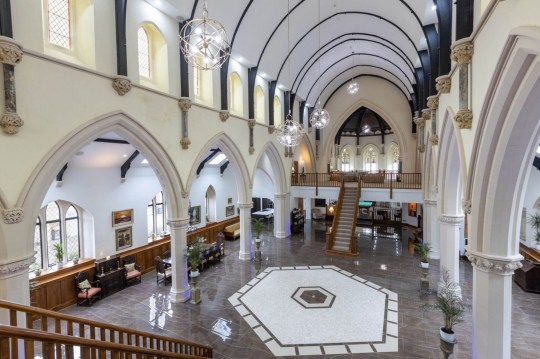 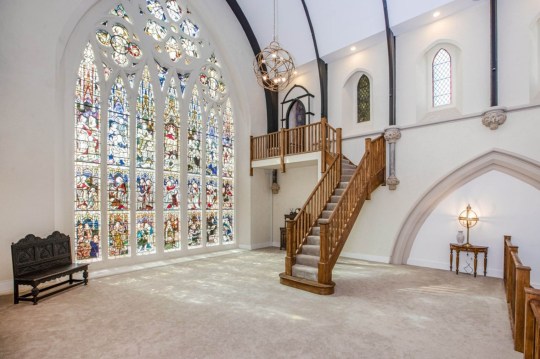 Owners can enjoy five bedrooms, three on the ground floor, with three bathrooms, two being ensuite.

The principal bedroom occupies the original vestry and has access to the outside.

The bathrooms feature Porcelanosa wall and floor tiles and most have free-standing baths and walk-in showers.

Foodies can enjoy the bespoke kitchen, made by British company Masterclass, which comes replete with state-of-the-art appliances, clever storage and a feature island. 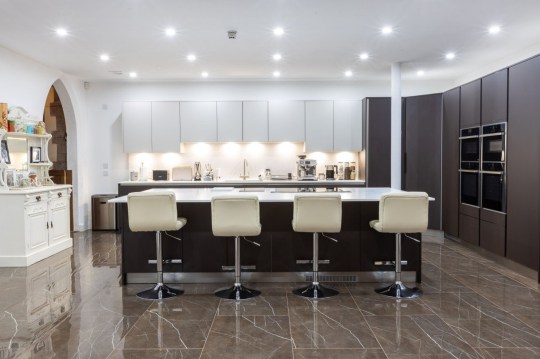 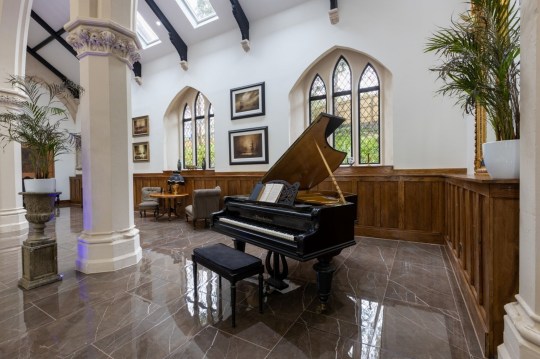 There’s plenty of space for families – or to use it as a party house (Picture: Kennedy News/John Couch)

From here, there is access to a vestibule and an exterior door leading to the north side.

And there’s also a cosy wood-panelled sitting room, with a William Morris-style interior window and access to the woodland garden.

The north end mezzanine area provides space for a large living area and there are two individual bedroom suites in the east and west wings.

At first floor level at the west end is a large gallery area fronted by a spectacular stained-glass window. 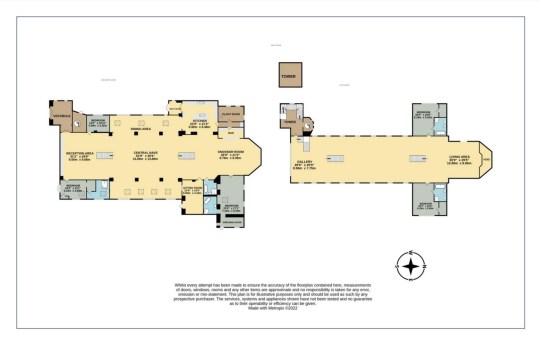 A further staircase leads to an original arched door hiding a ‘secret staircase’ that leads to the church tower.

The first level of the tower is currently used as a study, with a stone spiral staircase leading from here down to the ground level.

A wooden staircase rises to the second floor, which is currently used as a snug and has an exposed wood ceiling, stonework walls and glorious views towards the harbour. 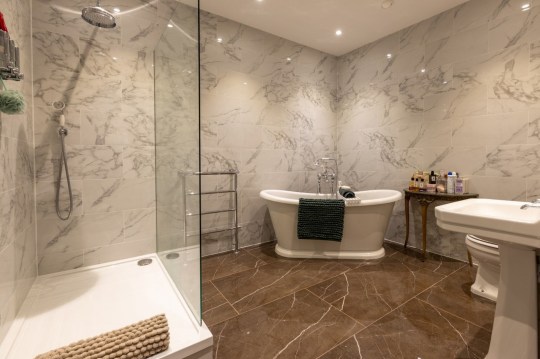 One of the three bathrooms in Trinity House (Picture: Kennedy News/John Couch) 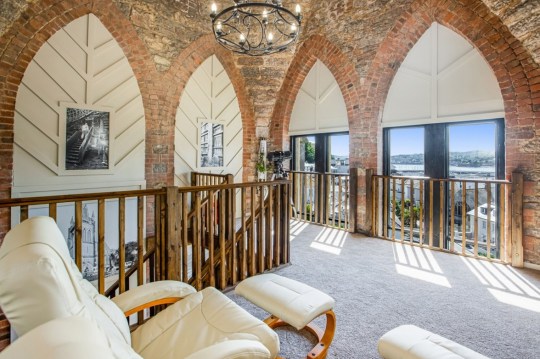 The top floor of the tower provides a heavenly place to relax and enjoy the spectacular views over the harbour and beyond.

Built from locally-quarried stone the original structure of the Victorian church remains intact with the Welsh slate roof being completely reconstructed to include extensive sound and heat insulation.

The whole interior has been comprehensively refurbished with much of the work completed by master craftsmen including the restorers who worked on the stained glass of Exeter Cathedral.

The church is not on consecrated ground but there are three original memorial plaques retained within the nave.

Formerly a house of god, it could now be a home for you and your family.

View the property’s listing and enquire to view on the John Couch website.

Cineworld is preparing to file for bankruptcy