A FLAT in a Grade II listed building has been put on the market for just £1 – but it needs a lot of work.

The price tag on the apartment, based less than half an hour from the Lake District, makes it the cheapest historic property on the market. 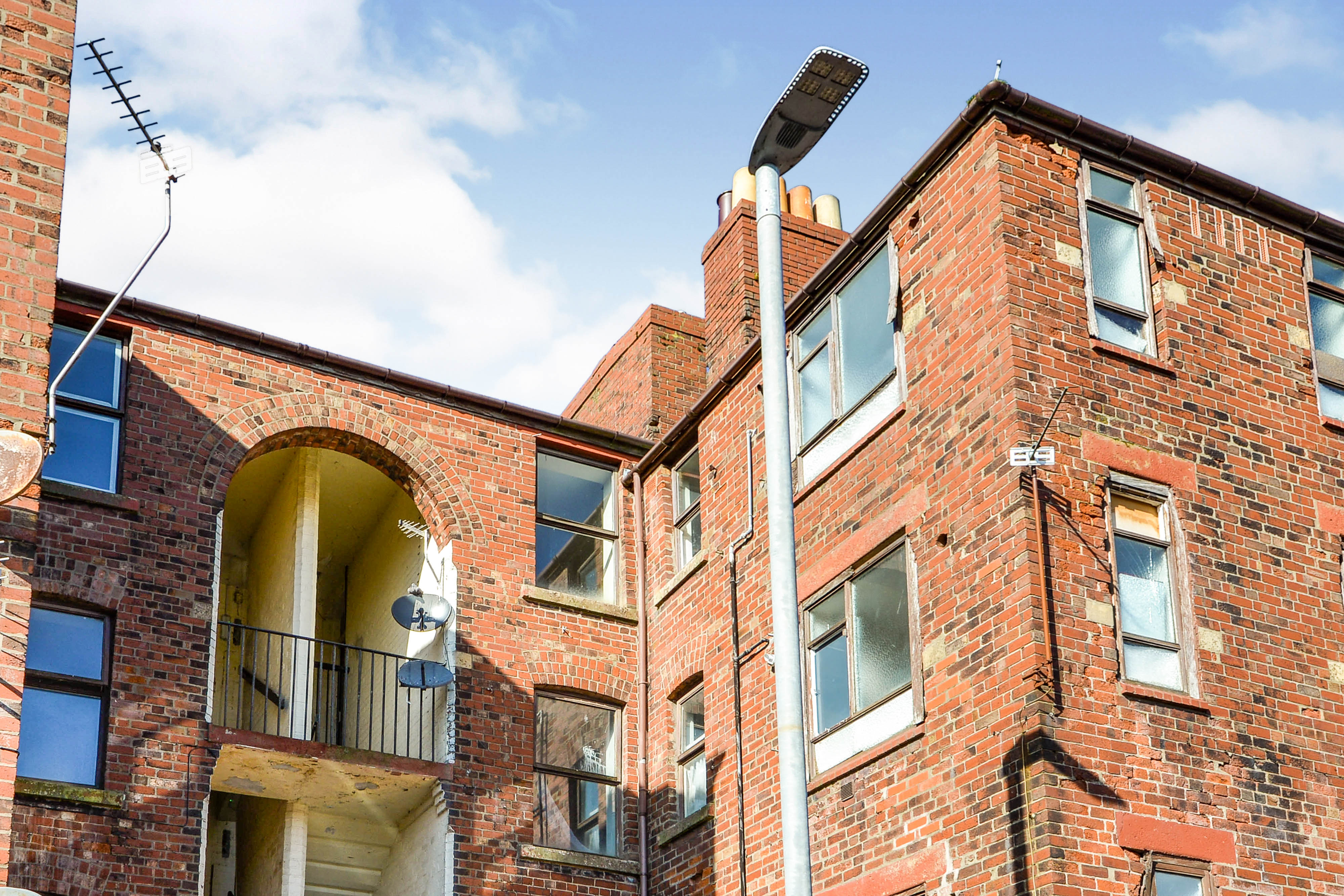 The Grade II listed house in Cumbria has gone up for sale with £1 starting priceCredit: Jam Press 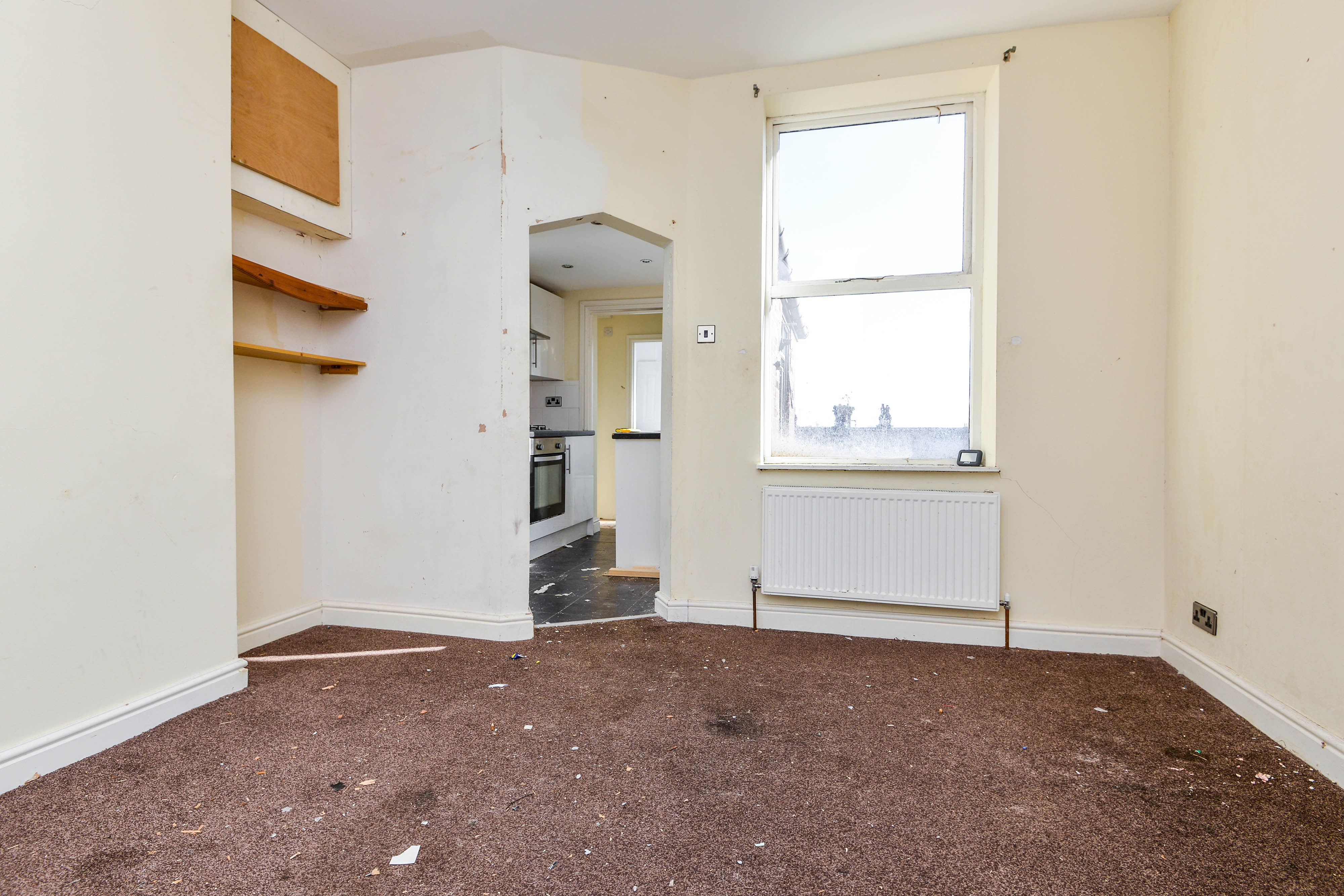 The living room and both of the bedrooms are in need of some serious TLCCredit: Jam Press

The home has two-bedrooms and is located in Barrow-in-Furness,Cumbria.

Prospective buyers have the sights of the national park nearby, as well as Liverpool, Manchester and Leeds just a couple of hours’ drive away.

The property has been touted as the ideal home for first-time buyers looking to get on the ladder and move away from the city.

But buyers will have to be prepared to roll up their sleeves, as the flat, which is part of a large late Victorian tenement, is a fixer-upper and will require redecorating.

While the kitchen is a decent size, equipped with plenty of bench space for whipping up a feast, it’s in need of a lick of paint.

The bathroom is sparsely decorated, with white walls and black tiled flooring.

Both bedrooms and the living room are also in need of a bit of TLC, but provide a blank canvas perfect for the new owner to make their mark on.

“The block is undergoing a program of renovation like the rest of the local area to get it back to its former glory, as it was left pretty unloved until recently,” he said.

The apartment has a load of natural light, with large windows in most rooms that will allow the new owners to make the most of the sunshine.

The complex also has a large courtyard with an area to sit and admire the gorgeous Victorian red brick building.

Those hoping to get their bid in, are still in with a shot; estate agent GetAnOffer opened the bidding yesterday.

Cranenburgh said the home presented a great chance for someone to get on the property ladder. “With the average house price in England reaching new highs of £256,000, this could be a chance to buy a property for a fraction of that price,” he said.

“There’s only one downside – I don’t think it’s possible to get a £1 mortgage.” 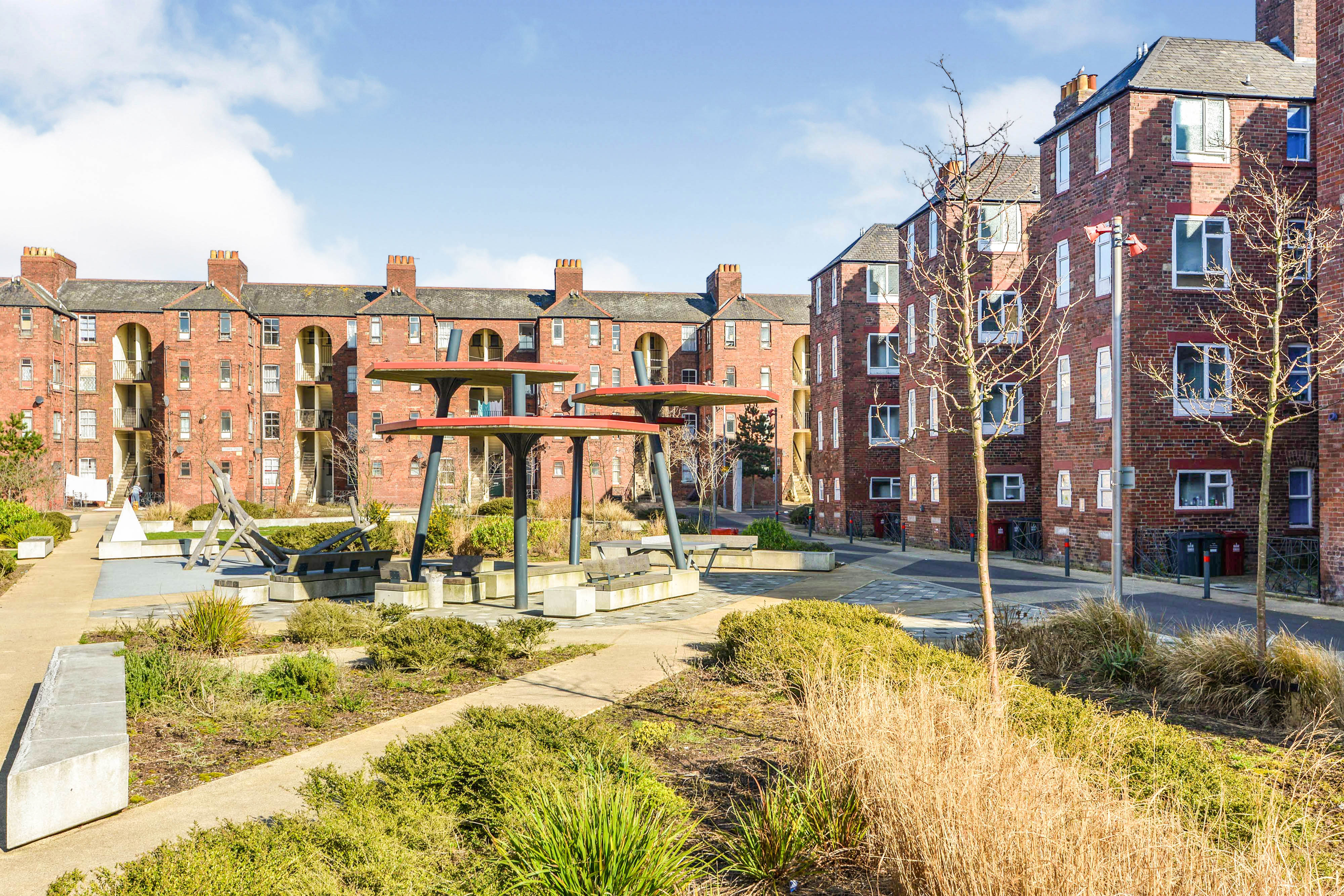 Outside, the complex has a large courtyard with a seating area to soak up the sun and admire the gorgeous Victorian red brick buildingCredit: Jam Press 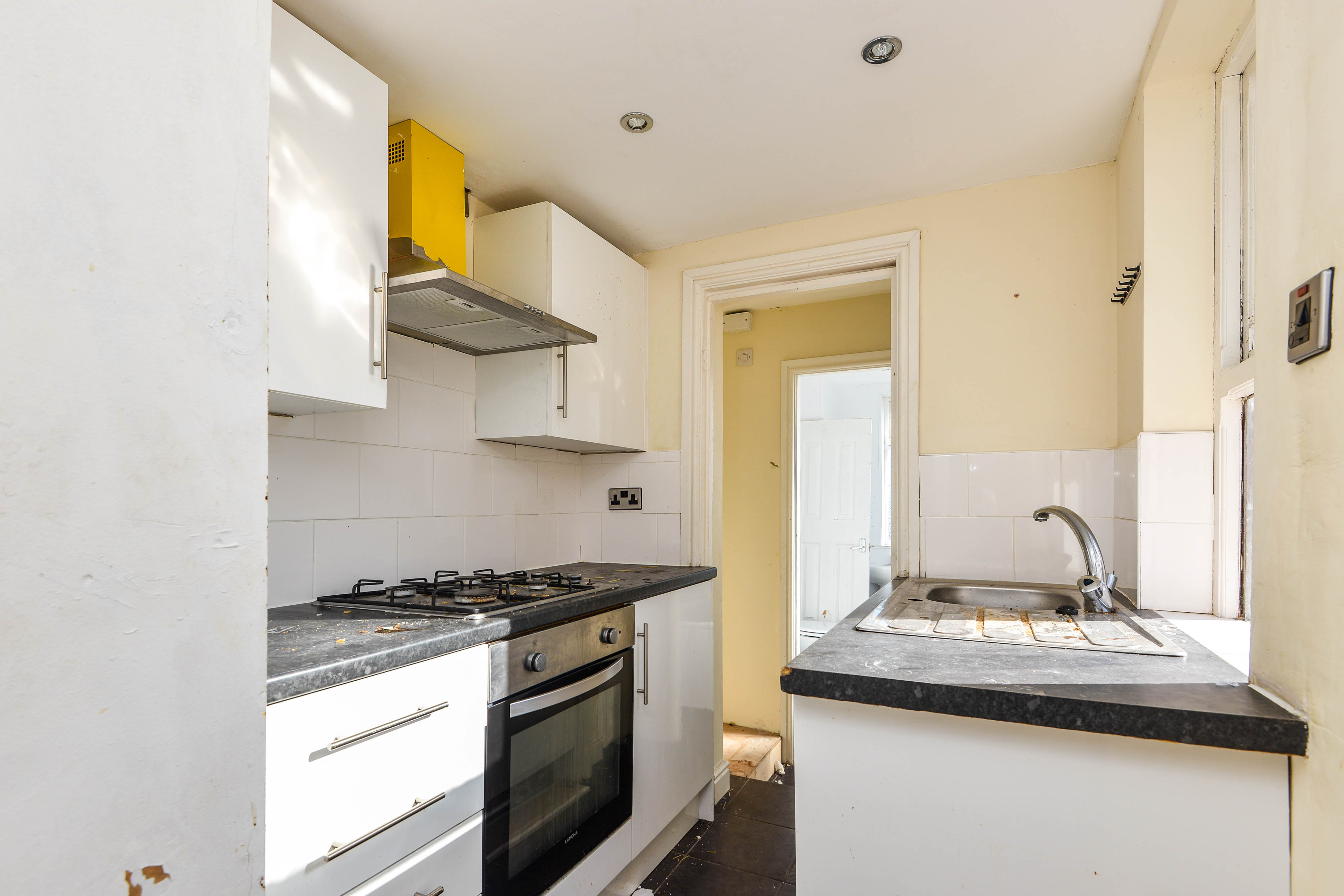 While the kitchen is a decent size, equipped with plenty of bench space for whipping up a feast, it’s in need of a lick of paint.Credit: Jam Press 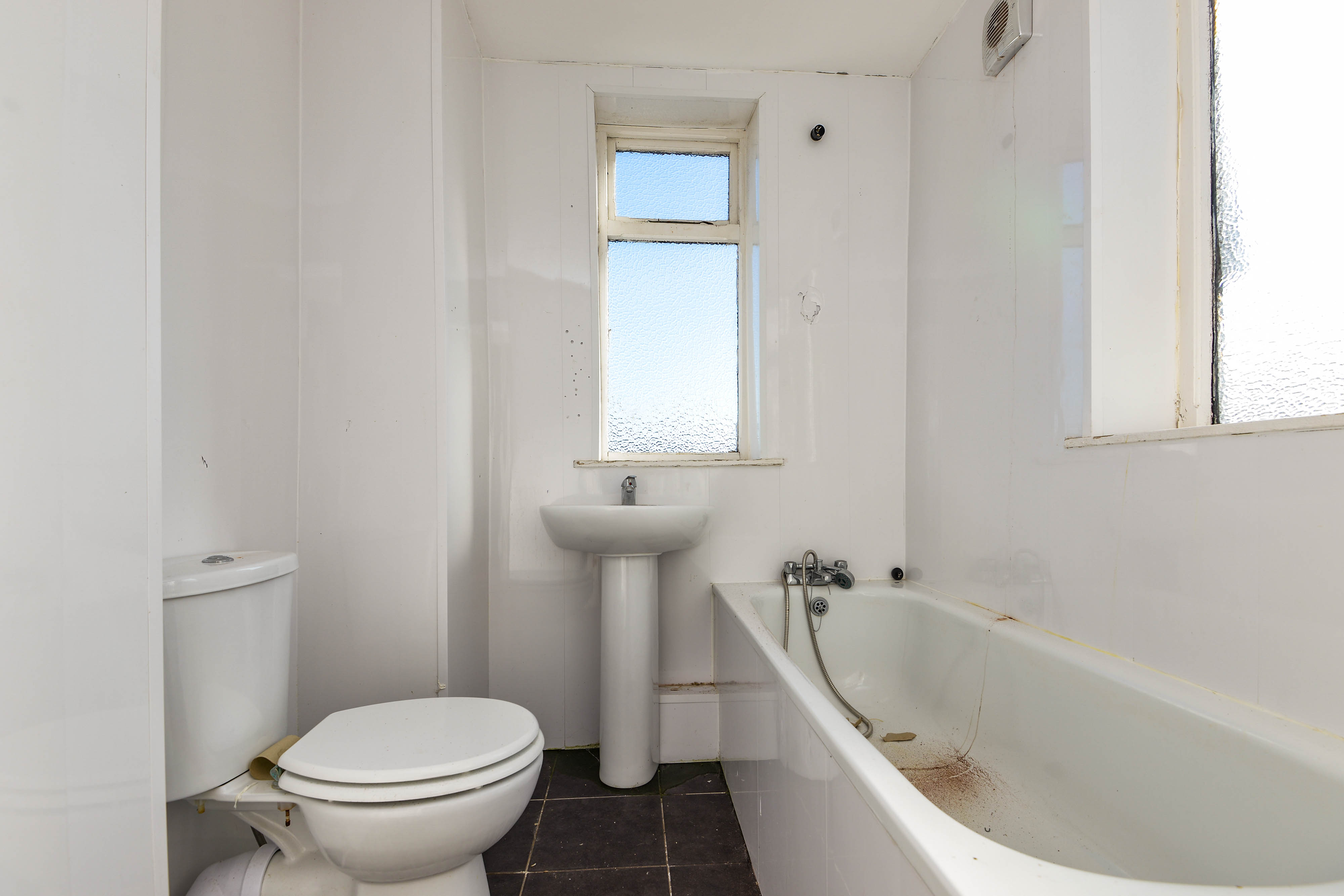 The flat is part of a large late Victorian tenementCredit: Jam Press