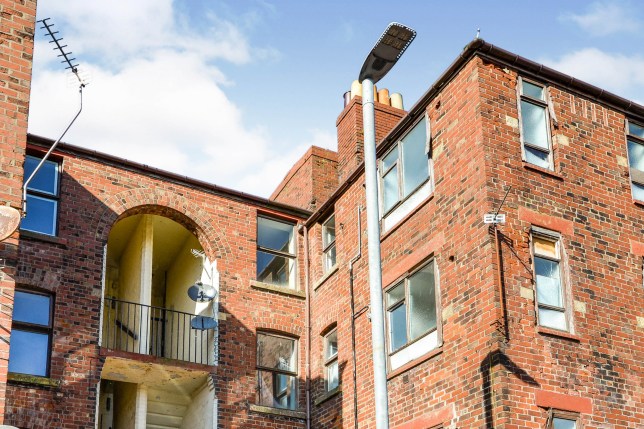 Keen to get on the property ladder? This place could be a great shout (Picture: GetAnOffer/Jam Press)

A two-bedroom flat inside a Grade II listed building is up for sale with a £1 starting price.

Yes, that’s an absolute bargain, but be warned: it’s a real fixer-upper, and will need quite a bit of work.

The flat is in Barrow-in-Furness, Cumbria, less than 30 minutes from the Lake District.

It’s part of a large late Victorian tenement, and while the apartment has got good bones, it’ll need some redecoration to turn it into a dream home.

Large windows let in plenty of light and the kitchen and two bedrooms are of a good size.

The space is a blank canvas that’s ready for someone to put their individual stamp on. 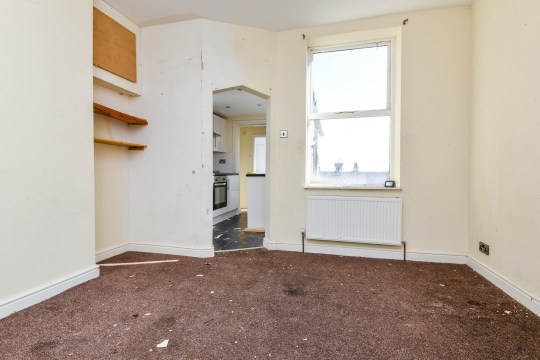 The two-bedroom flat is pretty bare, but this makes it a great blank canvas (Picture: GetAnOffer/Jam Press)

Outside, the complex has a large courtyard with a seating area, and the exterior of the building is classic Victorian red brick.

The home is being auctioned off by estate agent GetAnOffer, who opened up the bidding this week. 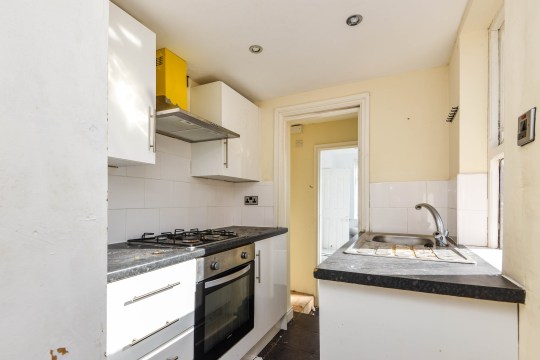 The flat could be a great fixer-upper for a first-time buyer (Picture: GetAnOffer/Jam Press)

‘The block is undergoing a program of renovation like the rest of the local area to get it back to its former glory, as it was left pretty unloved until recently.

‘A new management team are doing a great job to get it back up to scratch.

‘It’s a great chance for someone to get on the property ladder. 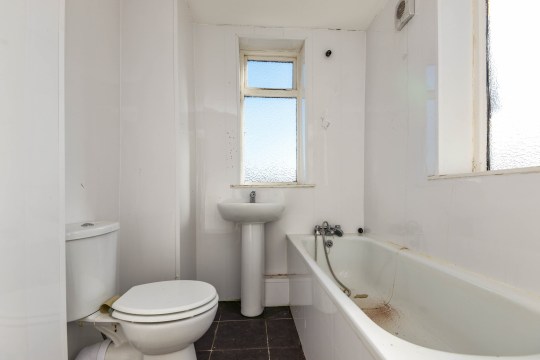 The property is up for auction now (Picture: GetAnOffer/Jam Press)

‘We expect interest from buy-to-let investors as it’s close to BAE – 9,500 people work at the historic dockyard owned by BAE, but I’d love to see it sell to owner-occupiers just starting out.

‘With the average house price in England reaching new highs of £256,000, this could be a chance to buy a property for a fraction of that price.

‘There’s only one downside – I don’t think it’s possible to get a £1 mortgage.’

If you’re keen to put in an offer, you can get in touch through the online listing.

Doctor Who: Is Catherine Tate returning as Donna Noble for series 13?