The owner of this Victorian property gives new meaning to the words ‘moving house’.

That’s because he had the entire thing – a two-storey building – moved across six blocks, which is roughly 0.6 miles away.

After 139 years at 807 Franklin Street in San Francisco, the house has a new address.

The green home with large windows and a brown front door was loaded onto giant dollies and moved Sunday to a location six blocks away.

Video shows the property being dragged at snail’s pace across the street by a large truck.

Onlookers lined the sidewalks to snap photos as the structure was moved – at a top speed of 1 mph – to 635 Fulton St. 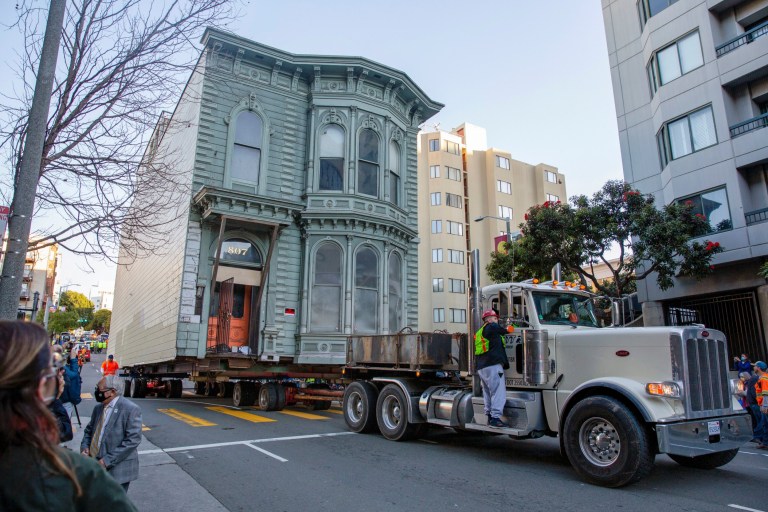 The 139-year-old Victorian house known as the Englander House was moved across several streets (Picture: Reuters)

The 5,170-square-foot property, known as the Englander House, has six bedrooms.

The Victorian house will now be transformed into seven residential units while the area of its previous address will make space for a new apartment building.

The house’s journey has been in the planning stages for years, the San Francisco Chronicle reported.

Veteran house mover Phil Joy told the newspaper he had to secure permits from more than 15 city agencies. 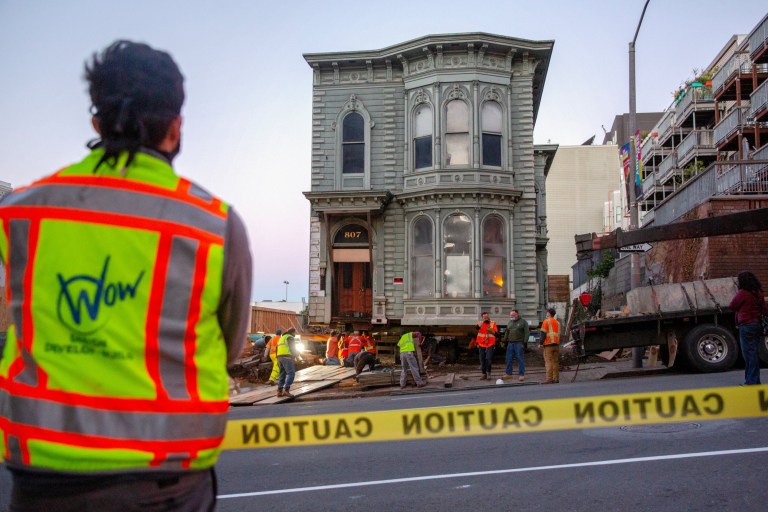 Phil said the move was tricky in part because the first part of the journey involves going downhill.

‘That’s always difficult for a house,’ he said. 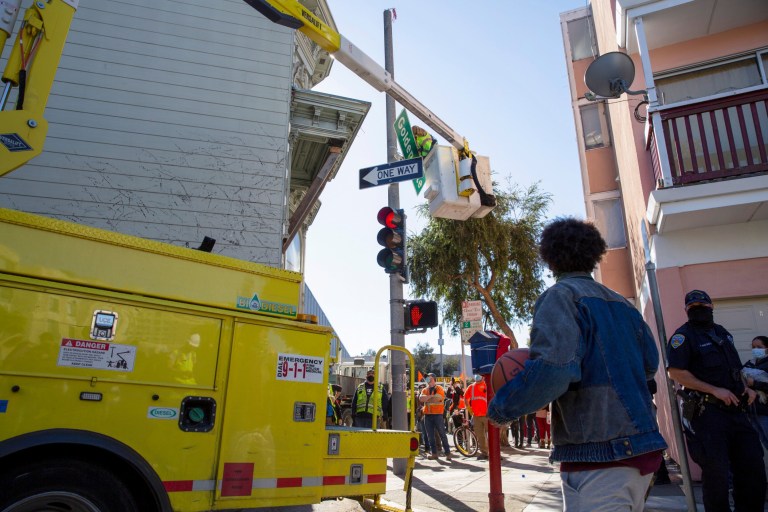 People watched on at the whole thing (Picture: Reuters)

Along the route, parking meters were ripped up, tree limbs were trimmed and traffic signs were relocated.

Some onlookers commented that the tyres of the truck bearing the weight of the house were looking a bit flat while others said trees were being squished. 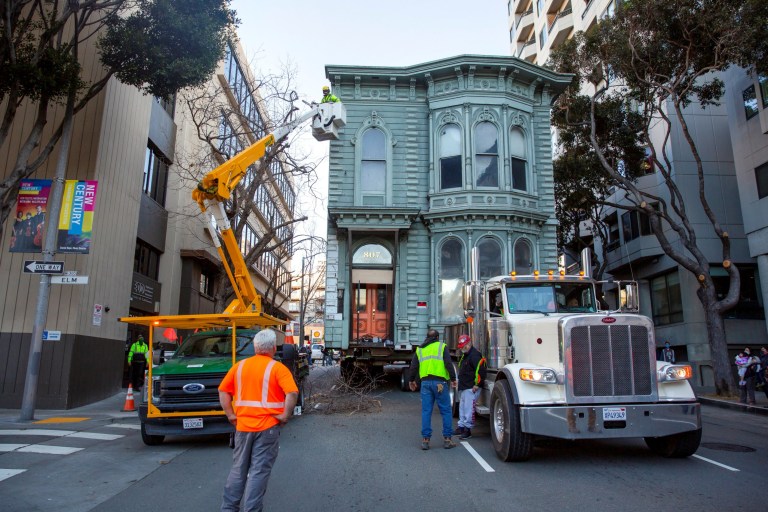 You don’t see that every day (Picture: Reuters)

Others made jokes. One person tweeted: ‘House on the run’.

Most marvelled at the whole thing as the lorry turned each corner to arrive at its new location.

Here are some more images showing the effort it took to move the mammoth house: 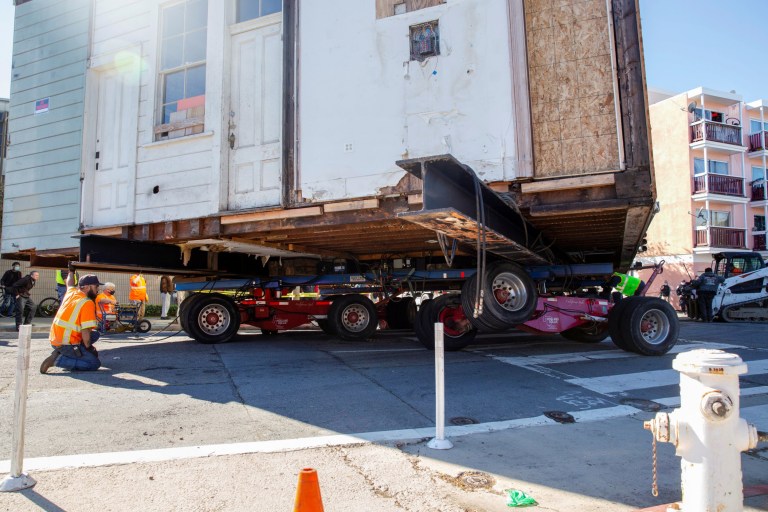 You don’t want to be under that (Picture: Reuters) 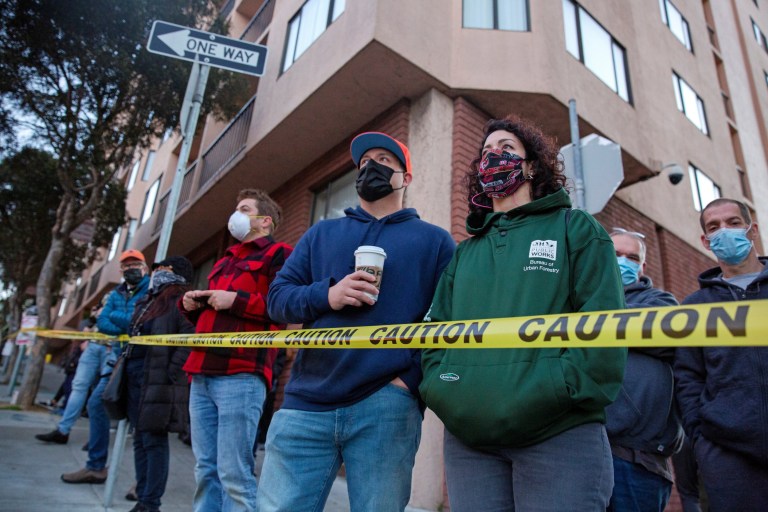 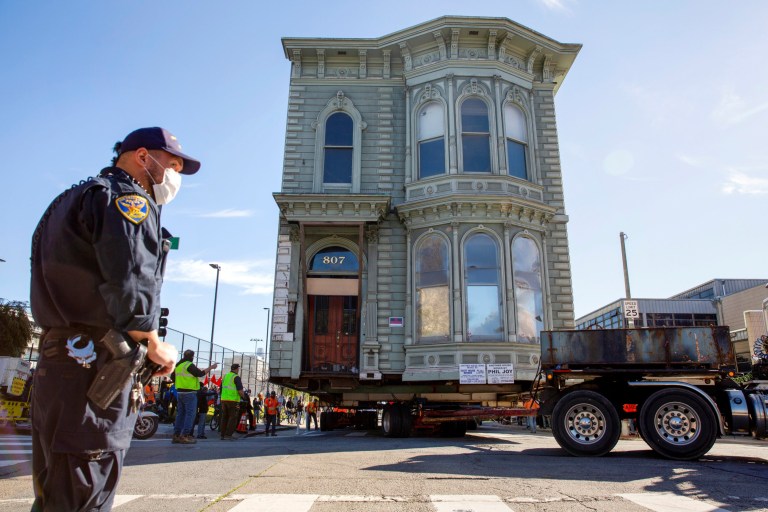 The work to lift the house started at 6am (Picture: Reuters) 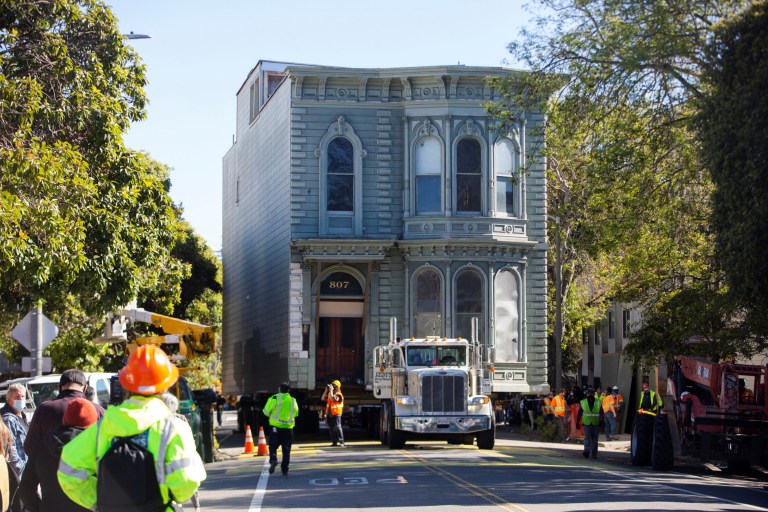 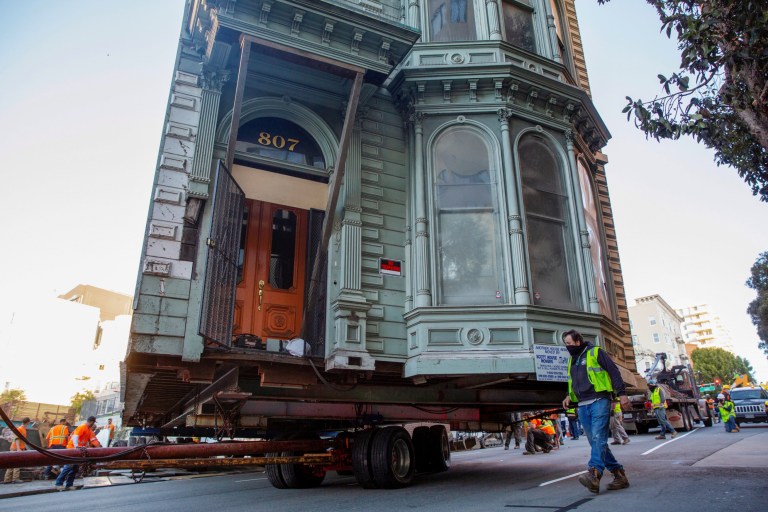 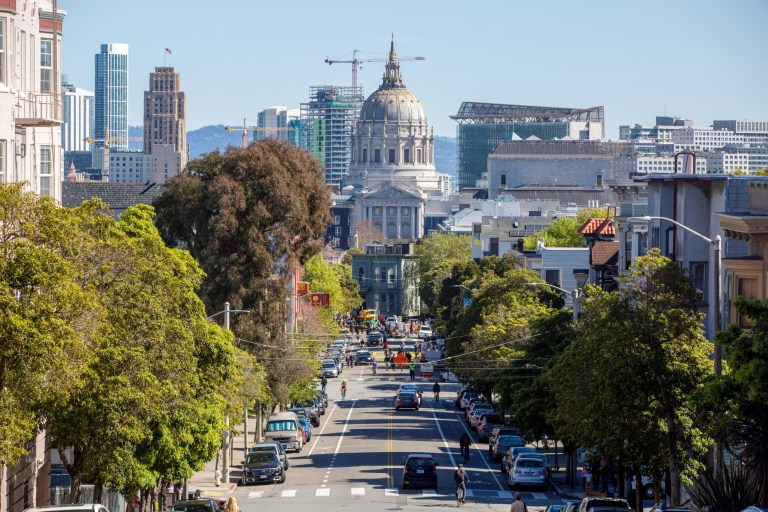 The San Francisco City Hall seen in the distance as crews attempt to move the house through the street (Picture: Reuters)

“I’m trying to expand the sound”