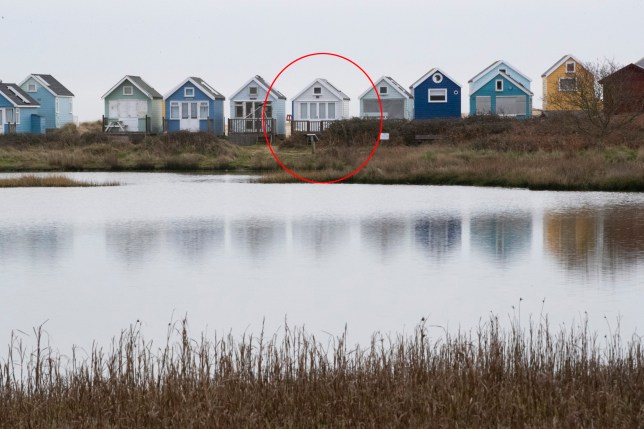 The hut, circled, at Mudeford Spit, faces the lagoon rather than the beach (Picture: CorinMesser/BNPS)

If you’ve got £325,000 handy, you could probably just about afford a flat in London.

Or, you can get a beach hut in Dorset… but we should probably flag that it’s just 16ft by 10ft.

The hut is so pricey thanks to its location on the exclusive Mudeford Spit in Christchurch, where beach sheds have sold for £330,000 and even £1.25million.

But unlike those other huts, this particular cabin doesn’t actually face the sea… so it doesn’t have an ocean view as its main selling point.

Instead, it has an inland view over a lagoon.

Still, it’s able to go for such a high price as all the lockdowns make us crave staycation spots. 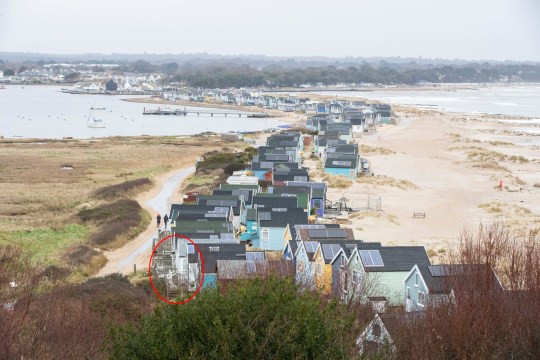 The property sits in an exclusive area where beach huts have previously sold for over £1million (Picture: CorinMesser/BNPS)

The property was built a few years ago to replace the original hut that stood on the same site.

It can sleep seven people, with three beds downstairs on converted seating and four in the loft space.

The property has been fitted out with a modern kitchen that includes a fridge and running water via an electric pump, both powered by solar panels on the roof. There is also an oven connected to a gas bottle. 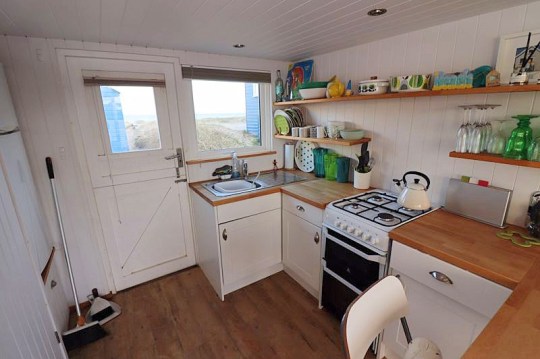 But one thing that’s missing? Any toilet or washing facilities.

If you do buy the hut, you’d need to share a communal shower block to get clean.

It’s also worth noting that you can’t get a mortgage on the property, so any prospective owners would need to be cash-buyers. 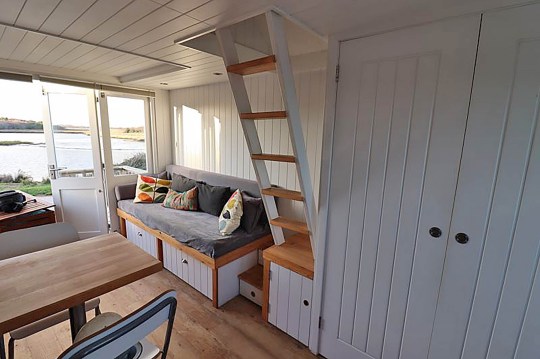 That’s all pretty standard in the Mudeford sandbank, where buyers are drawn in by the dreamily remote location.

To reach the area, you’ll need to take a 30-minute walk, ride on a novelty land train, or take a short ferry trip across Christchurch Harbour.

Cars are banned, so it’s super peaceful, and the beach looks out over Christchurch Bay and The Needles on the Isle of Wight.

So it’s no surprise that there’s a hefty waiting list to buy a beach hut in the location. 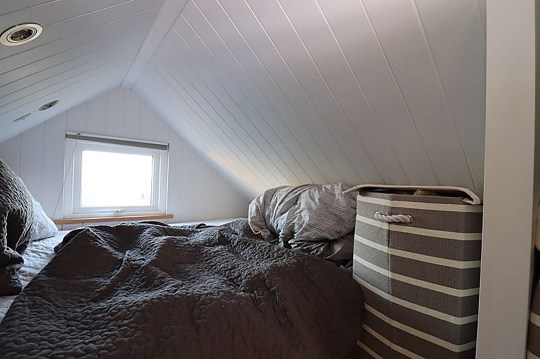 But be warned: There’s no bathroom (Picture: Denisons/BNPS)

Andy Denison, of local estate agents Denisons, said: ‘We had a glorious summer last year and demand for beach huts went through the roof. We saw a 10% increase in the value of them.

‘We are expecting a similar demand this year, especially now that the roadmap out of lockdown has been released.

‘We do have a waiting list of people wanting a hut so they don’t usually hang around for long.

‘While we don’t think these beach huts will satisfy people who want a retirement home in the sun they will suit those looking for a UK holiday home.’