Demand for flats at highest level for five years

Outside of London, that is (Picture: Getty Images)

Interest in flats outside of London has surged to its highest level in at least five years, according to Zoopla.

It’s thought that this could be at least in part down to the ‘relatively modest’ price increase of apartments compared to other types of property in the UK.

The real estate company has it that the average price of a flat is now £175,700, and the annual increase in flat prices is a quarter of the rate of increase for houses, with flat prices increasing by 2.2%.

A representative for Zoopla, which started keeping records on demand five years ago, said: ‘As hybrid working continues to become the norm and city workers slowly return to offices, demand for flats is on a sharp upward trajectory, reaching its highest level for five years.

‘Many agents are reporting that relatively modest price increases have helped reignite their popularity amongst buyers.’ 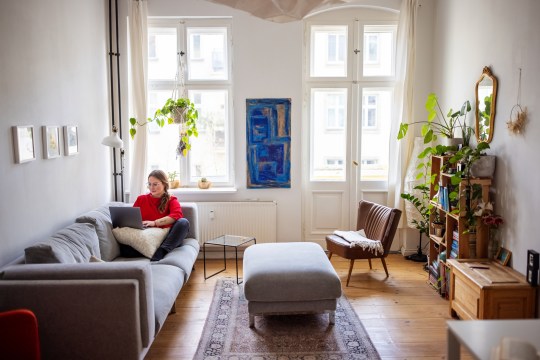 It’s thought it could be down to the comparatively low price increases of apartments vs houses (Picture: Getty Images)

According to Zoopla’s website, the average sold price for a property in UK in the last 12 months is £329,291.

‘Demand is also rising across our cities as people once again return to offices and seek out cultural and social amenities including access to theatres, restaurants and museums.

‘In London, we have noted an uptick in homeowners who moved out to the countryside at the start of the pandemic, but who missed the city and have now returned.’