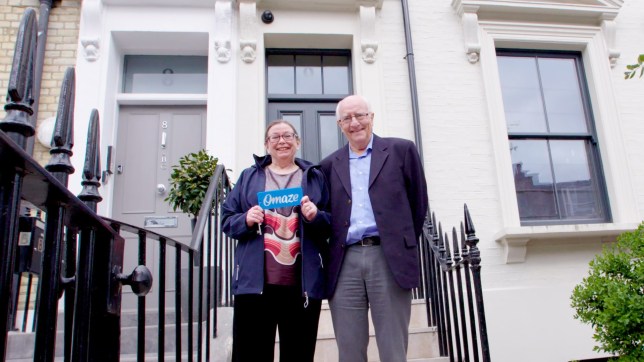 Marilyn and David are absolutely bowled over with their incredible win. (Picture: PA)

After decades of living in a small, two-bedroom home, a couple in their sixties has hit the property jackpot.

Marilyn Pratt, 68, won a four-storey home in Fulham, west London – and the stunning property is worth £3 million.

Marilyn, who lives her husband of 45 years David, in south-east London, won the life-changing prize via the second Omaze Million Pound House Draw, which also raised more than £1 million for the British Heart Foundation (BHF).

‘My daughter has wanted to get on the property ladder for some time and I thought I’d try to win her a house,’ says Mrs Pratt.

‘My husband thought I was completely insane and said, “what a waste of a tenner.” As luck would have it I entered for £10 the night the draw closed, the rest is history.’ 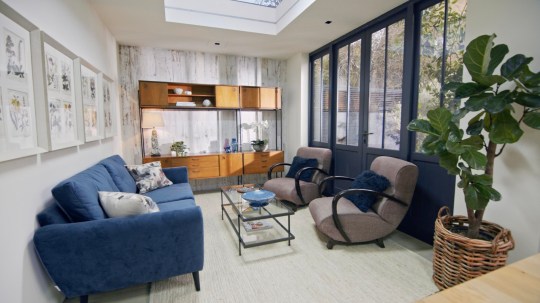 Inside is gorgeous – look at all that light .(Picture: PA) 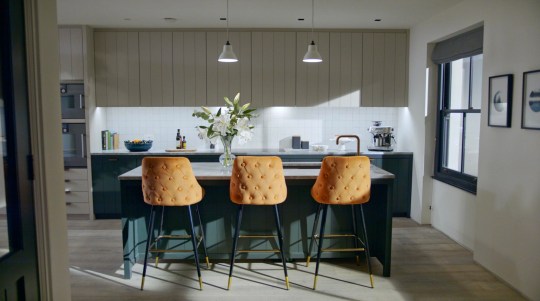 Plenty of sociable space for a family. (Picture: PA)

The couple has two daughters, London-based Jenny, 42, and Maggie, 41, who lives in Singapore.

Marilyn said the Fulham property – which features three bedrooms, an office, a gym and a walled garden – was ‘absolutely beautiful’ but that she would probably sell it.

‘I think that would be fairest on everyone as I have another daughter too,’ she explains. ‘The whole situation is totally surreal.’ 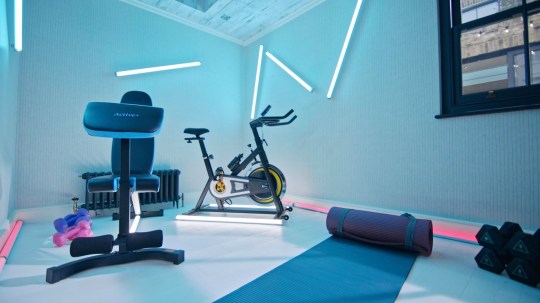 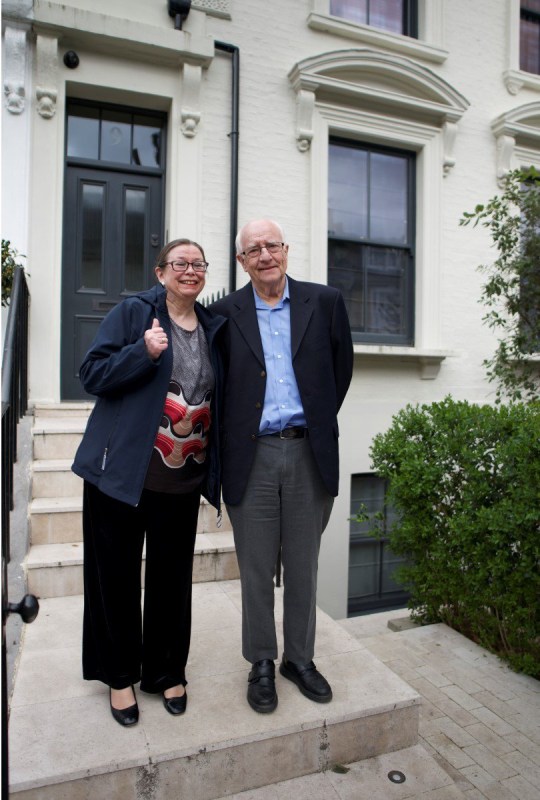 The couple says they will probably sell the home and share the profits with their two daughters. (Picture: PA)

‘It hasn’t sunk in at all. It makes me feel so happy that even though this has come at a later stage of my life, I know that my children are always going to be secure and that’s a really nice feeling.’

The draw also raised vital funds for BHF to help fund its research and support work.

‘Partnering with Omaze has been a vital way for us to raise crucial funds at a time when Covid-19 has devastated our income,’ says BHF chief executive Dr Charmaine Griffiths. ‘The money raised is more than we could have imagined.’

Los Angeles-based Omaze has raised over £100 million, supporting more than 350 charities. Its third UK million-pound-home giveaway is already open to entrants, with a five-bedroom house in the Cotswolds up for grabs.

Maybe you could end up with the shock of a lifetime just like Marilyn and her family.