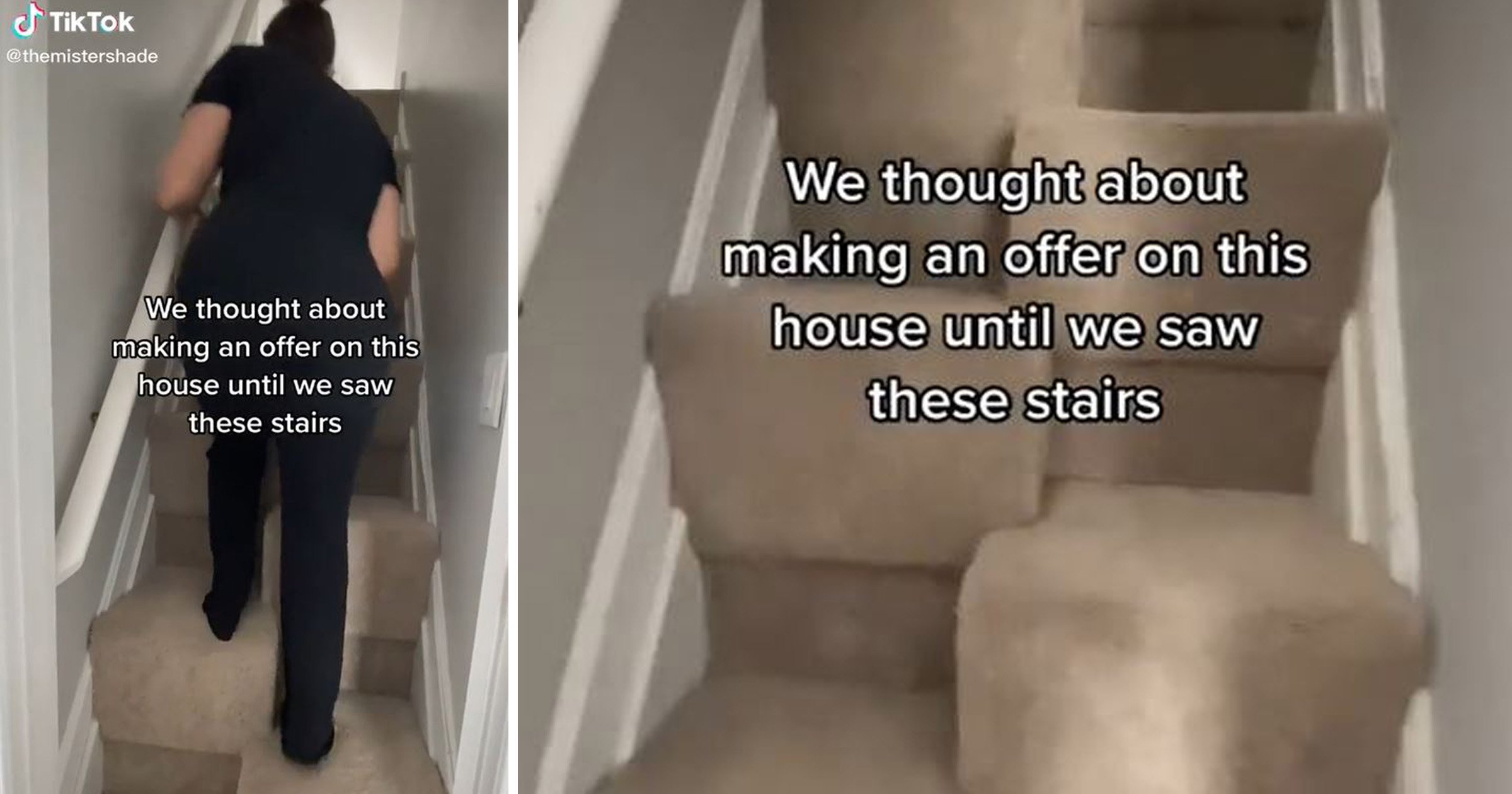 Looking for a new home sometimes involves a little bit of compromise.

Sometimes the kitchen is a little smaller than you wanted or it’s just a little further away from the station than you planned.

But for one couple one thing was a step too far – even though everything else as perfect.

Posting a video on his TikTok as they viewed the property, @themistershade said: ‘We thought about making an offer on this house until we saw these stairs.’

Instead of the standard steps, this house has blocks that are half the size and staggered so you put one foot on each of them at a time to climb up.

Inside, everything is sleek and modern, with lots of space, and a beautiful attic rennovation.

But sadly to get up there, you have to take the unusal stairs.

Others watching the TikTok video agreed the stairs would be a no go for them as they’d be worried about going up or down at night, or after a few drinks.

One said: ‘If I came home drunk and saw these stairs, I would just sleep on the couch.’

Another added: ‘Imagine waking up in the middle of the night and forgetting about them.’

The style of construction is used in tight spaces and are called ‘witches stairs’. The myth is that they were created to ward off witches, but there is no historical evidence of that.

Others said they wouldn’t be put off and would still buy the place if they liked everything else.

‘I would make an offer just bc of the stairs,’ one person wrote.

Someone else said: ‘I think it looks fun. Wouldn’t stop me from buying it.’