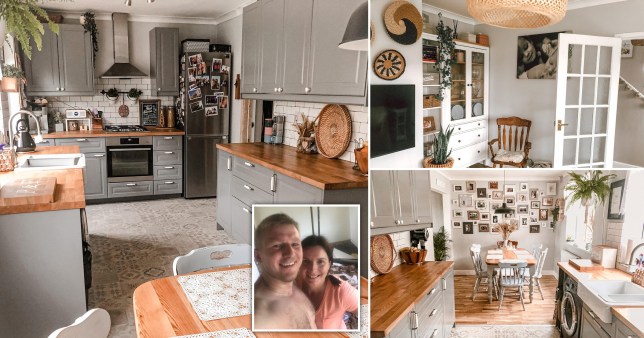 The property, in Rugby, Warwickshire, hadn’t been decorated in 30 years so there was lots of work to do.

Buyers Ewelina Mejka, 36, and husband Przemyslaw, 33, completed in May 2018 and transformed it themselves.

‘The state of the house was really bad,’ Ewelina, a healthcare assistant, said.

‘An old lady was living here and she passed away – I think she hadn’t done anything to the house for 30 years.’ 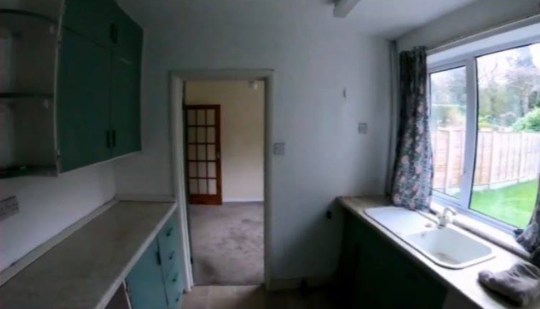 Kitchen before the couple bought the house (Picture: Jam Press) 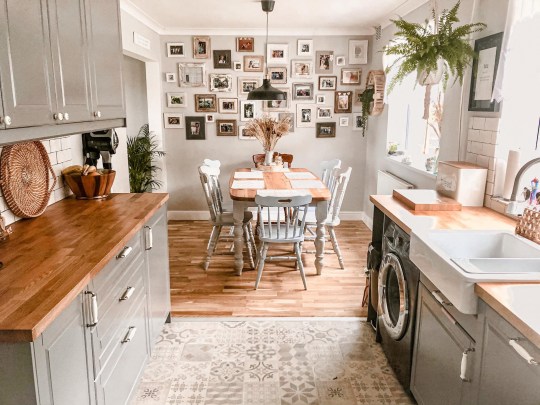 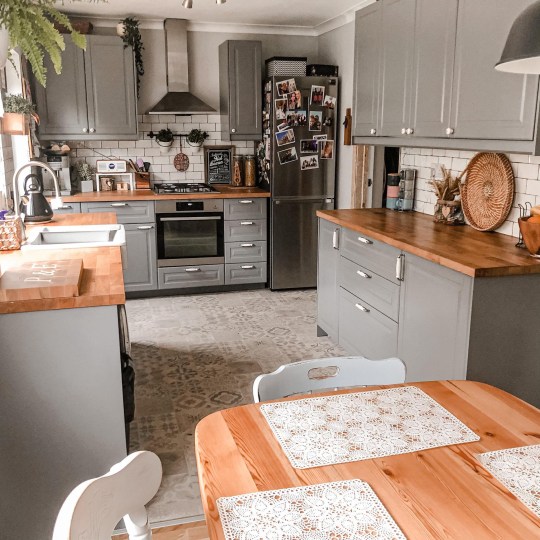 Installing the kitchen themselves helped to keep costs down (Picture: Jam Press) 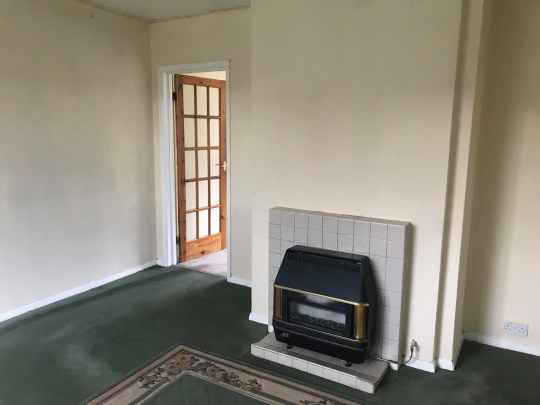 The lounge before. The house hadn’t been decorated in 30 years (Picture: Jam Press) 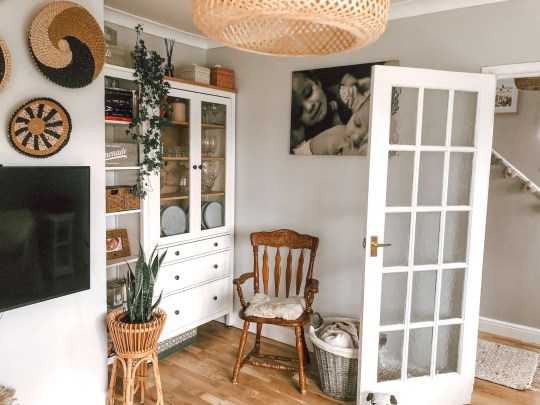 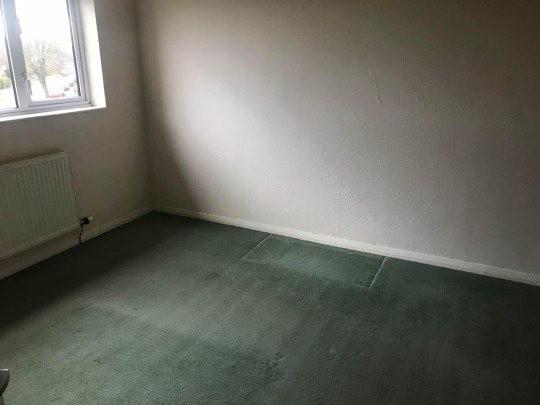 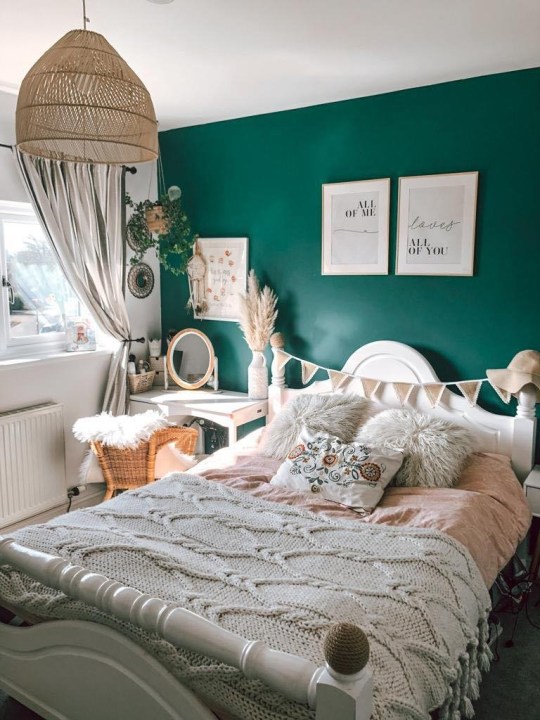 They ripped up what was there and did it in their own style (Picture: Jam Press)

Most of the work was cosmetic as all of the electricity and piping was in good condition.

Keen to get the job done as quickly as possible, the couple, who are parents to daughters Amelia, 12, and nine-year-old Lena, took time off of work so they could dedicate the hours to decorating.

They removed all the carpets and wallpaper, and took out the original kitchen and bathroom.

Przemyslaw skimmed the walls and Ewelina spent time painting the entire house – three times – one white coat and then two of the chosen colour for each room. 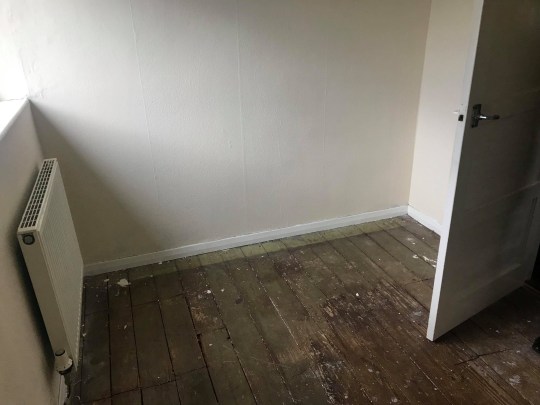 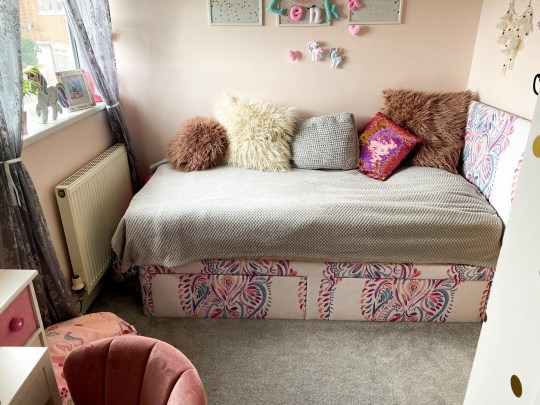 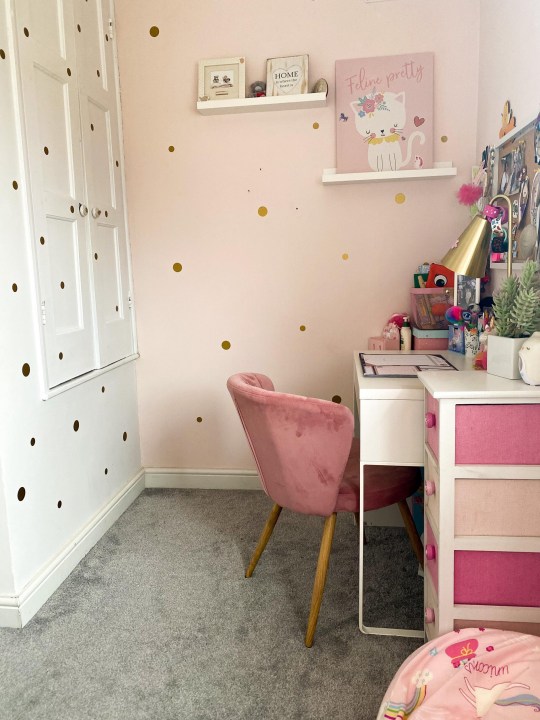 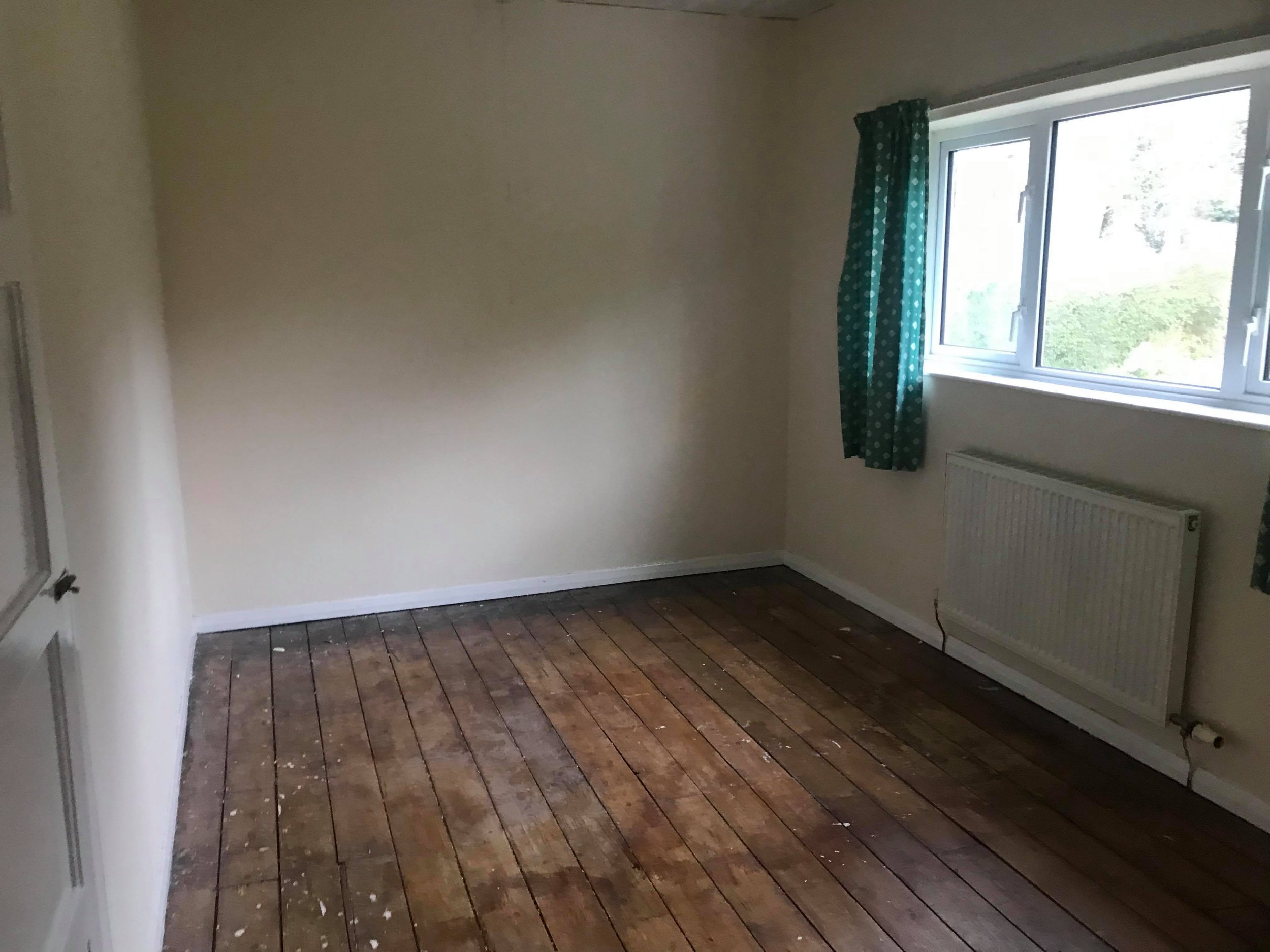 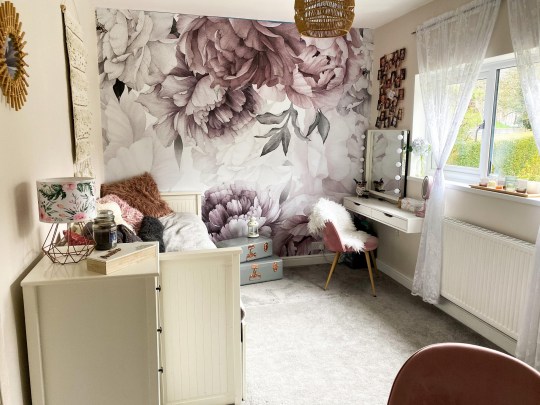 The kitchen, which they purchased from IKEA, cost £3,000, and Przemyslaw fitted it himself.

The downstairs wooden flooring cost £2,000, while the upstairs carpet set them back £1,300.

They spent around £4,200 on a new bath, sink and toilet, linoleum floors in the kitchen and bathroom, and paints and plaster. 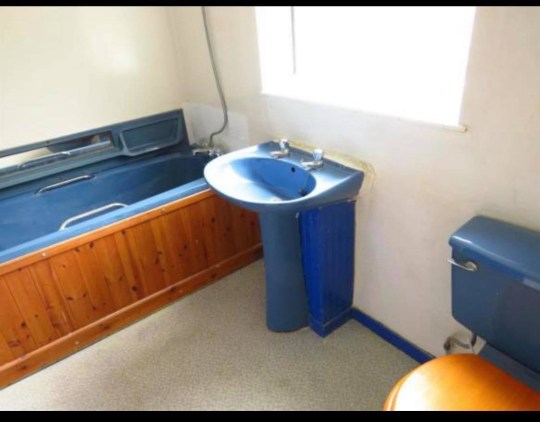 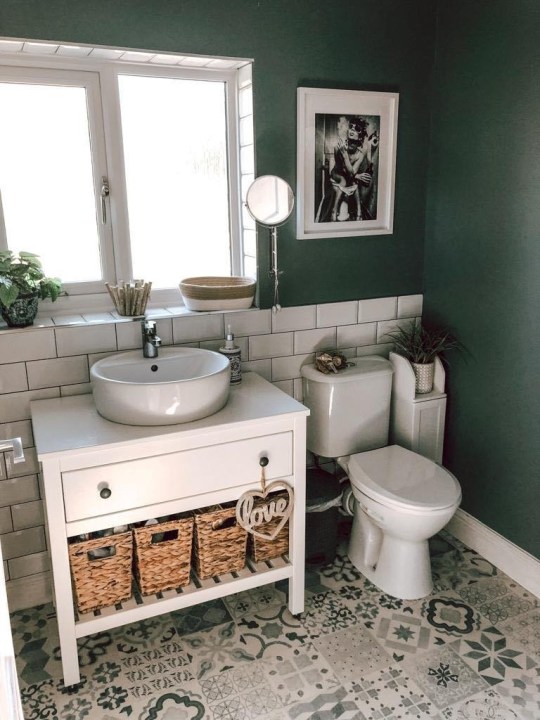 The bathroom is modernised with white fixtures and calming green (Picture: Jam Press) 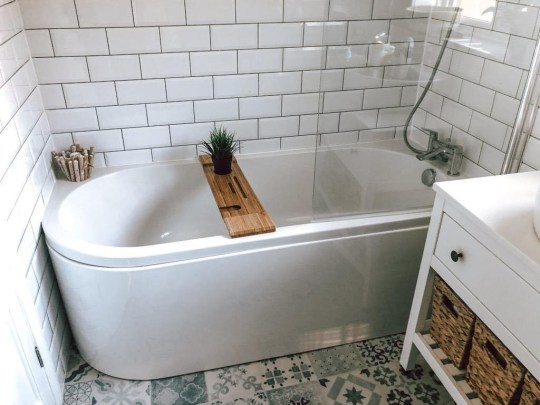 The bath after the work was done (Picture: Jam Press) 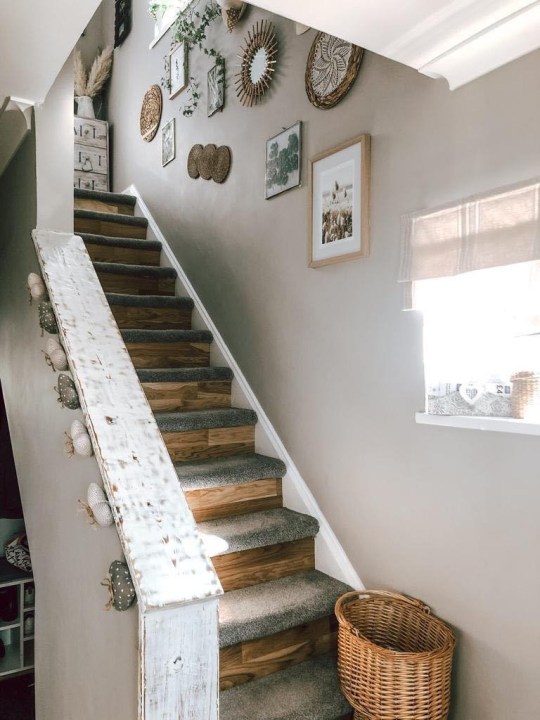 Ewelina added: ‘Before we got the keys, I was on the internet all the time trying to find what we needed for a good price.’

They moved in back in June 2018 but continue to stay on trend while sticking to a budget.

Ewelina scoured Facebook Marketplace to find second-hand items and made certain items themselves, such as the coffee table in the lounge, which Przemyslaw made out of wooden pallets by following a YouTube video. 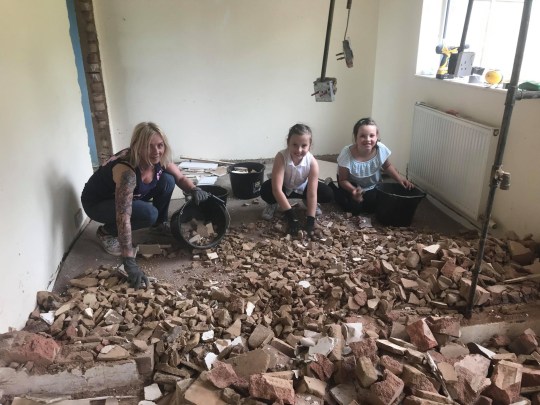 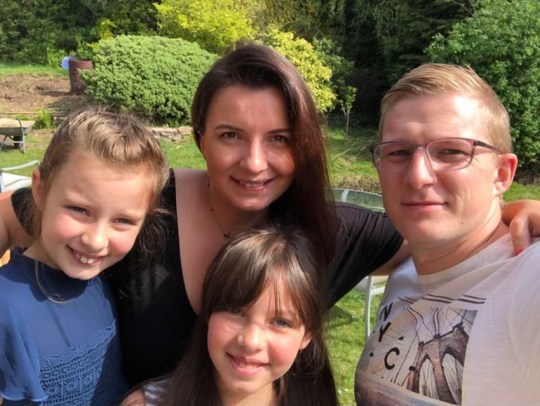 She said: ‘I just give them [the products] a second life.

‘The table and chairs in our dining room are from Marketplace, and so is our bed and the rattan chair in the lounge.’

The couple even made certain items themselves, such as the coffee table in the lounge, which Przemyslaw made out of wooden pallets by following a YouTube video.

Overall, the family couldn’t be more pleased with the result.

Ewelina said: ‘I love the finished look because it’s our first house and we have done absolutely everything here how we like it.

‘Every day we are so happy that we decided to buy this house and put in so much effort.’