When Shen Outar and her partner Nico Harvey moved into their ex-council flat in 2020, they knew it needed a new lease of life.

The couple were keen to give their new property a revamp, without spending a fortune, and the dated kitchen was their starting point.

So savvy Shen, a 26-year-old photographer, decided to hunt for some of the best deals around.

And with some help from family and friends, the pair managed to give their entire kitchen a makeover for just £5,000. 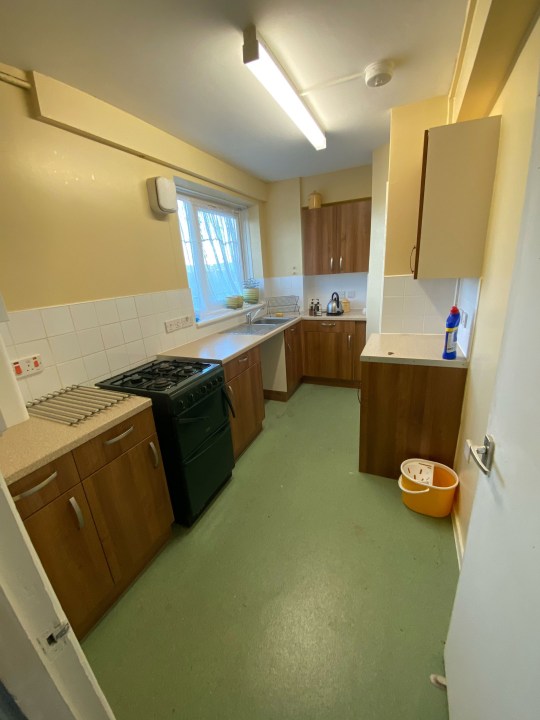 The dated kitchen before (Picture: @projectbaldwin/Caters) 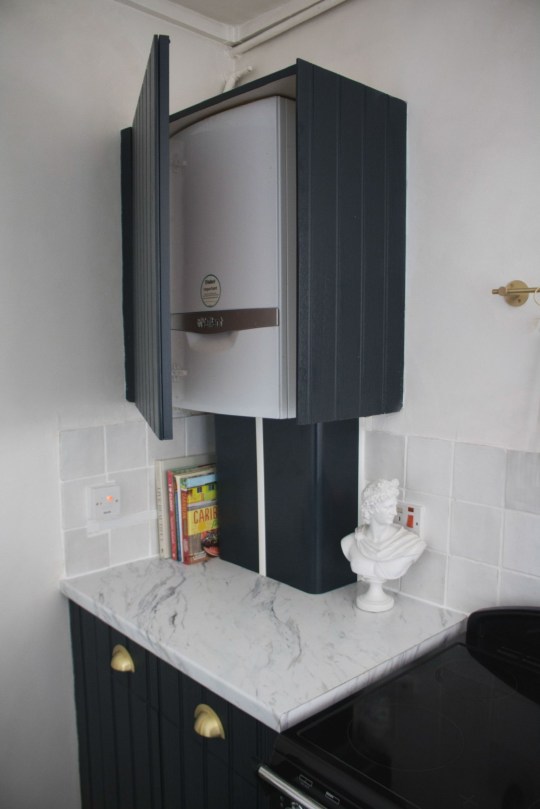 Shen explains: ‘For £5,000 we managed to replace the sink, worktops, floor, tiles, appliances, shelving and lights. From searching for alternatives rather than going with a company who would do it all for us, we managed to save around £10,000 in total.

‘Looking online at places such as eBay and Etsy, I was able to find cheaper alternatives. I also love second-hand shops so would look at local shops and find ornaments.’

The couple installed all of the shelving and did all the painting of the units and walls themselves – saving more than £1,000.

They also saved a considerable amount by keeping the shell of the cupboards and shelving and just replacing the doors and handles –  instead of ripping it all out and starting again.

If we were to fully replace them altogether, it would have cost them another £1,000.

Also, instead of getting marble worktops, they opted for laminate which was £350. 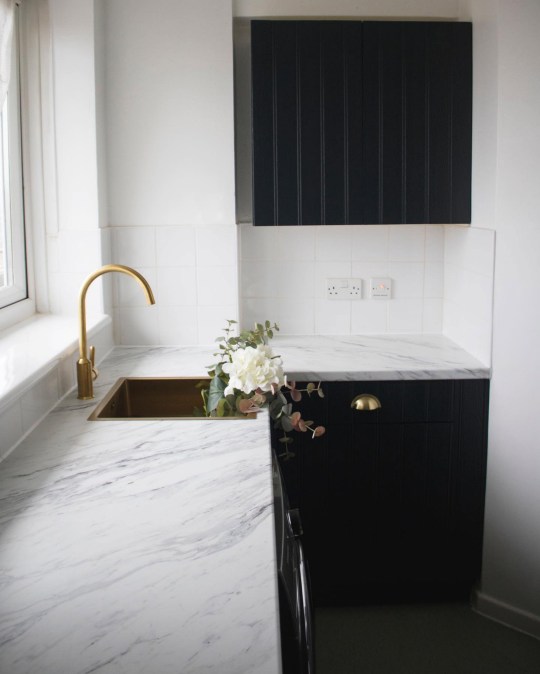 They spent £5,000 on the makeover (Picture: @projectbaldwin/Caters) 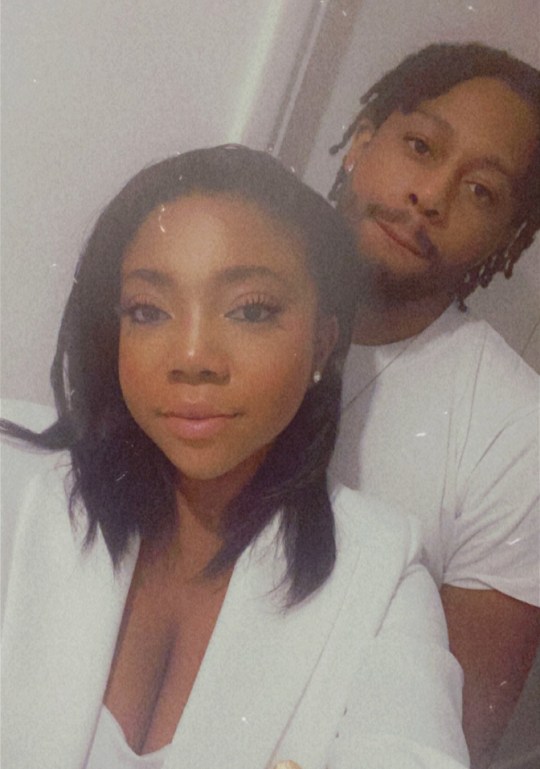 Shen and Nico are thrilled with the results (Picture: @projectbaldwin/Caters)

‘We replaced all of the doors and cupboard doors. We took them out and replaced with MDF,’ explains Shen.

‘We also have a pantry cupboard, so we installed shelving in it which matched the new worktops for glassware and cooking equipment. When replacing the door handles, I found a local seller on Etsy for them – which was a lot cheaper.

‘We also built a boiler cover as I hate the way boilers look and it was first thing you saw when entering the kitchen, so we built cupboards around to hide it away.

‘Then we changed flooring to herringbone laminate flooring.’

Shen, who has always been interested in interior design, adds: ‘I think now you can see modern aspects coming through as the kitchen is navy, marble and gold.

‘The brass sink was an amazing addition that I also found online, it was a little more expensive at £300, but because we had saved so much on the cupboards and shelving it worked out fine.’

Now the kitchen is completed the pair say the next project is the toilet.

When will the train strike end?