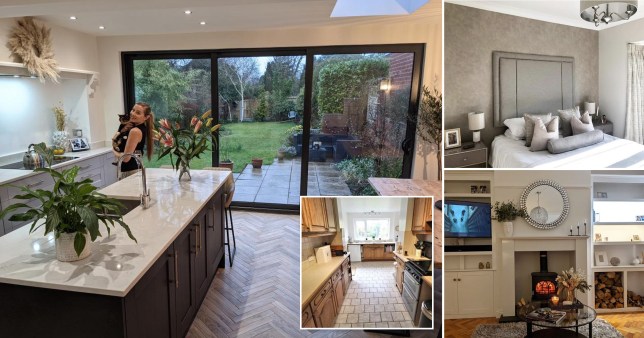 Abbie and Mark have committed to an incredible renovation (Picture: Jam Press)

Abbie Mottershead, 28, and her partner Mark Moloney, 33, had no professional renovation experience when they bought a drab 1930s semi-detached home in June 2019 for £287,000.

But they decided to be brave and give the ‘extremely tired’ house a full makeover – and they did it all themselves.

The DIY makeover took two years and involved everything from levelling the floors to fitting the kitchen.

The only things Abbie and Mark brought in professionals for were the structural work and building a new fuse board.

Doing the bulk of the work solo saved the couple thousands, and they managed to increase the value of the home by £73,000.

In total, the couple have spent £42,000 doing up the property, with the majority going into the costly kitchen renovation.

But had they had this professionally done, the pair would have paid far more.

Before the kitchen was touched, the house was valued at £330,000 – and Abbie and Mark believe the new kitchen will add another £30,000 to the property. 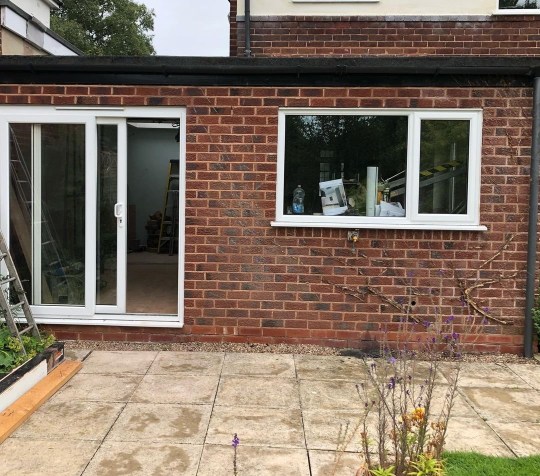 When the couple bought the house in 2019, it was a ‘tired’ period home (Picture: Jam Press) 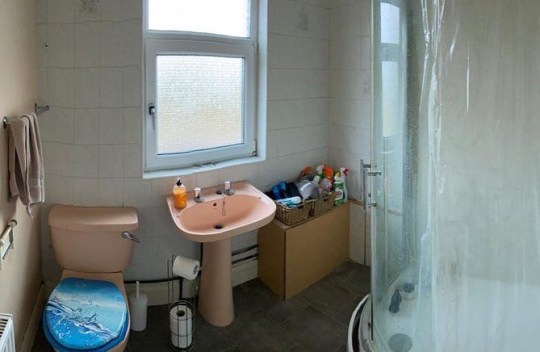 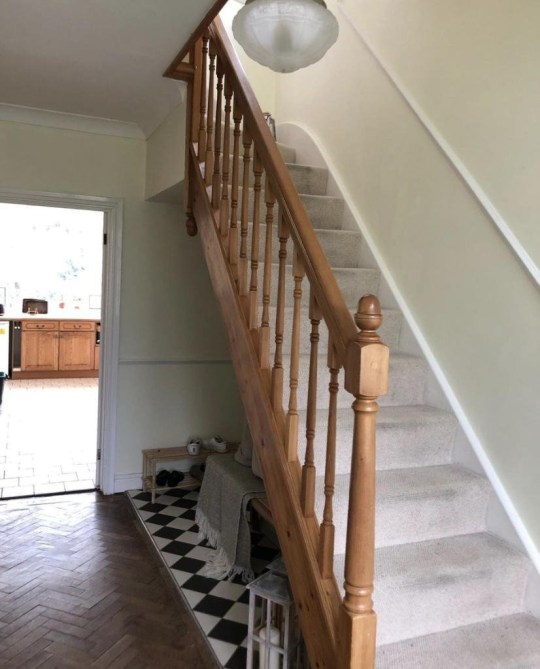 Despite having no professional DIY experience, Abbie and Mark decided to take on a radical makeover themselves (Picture: Jam Press) 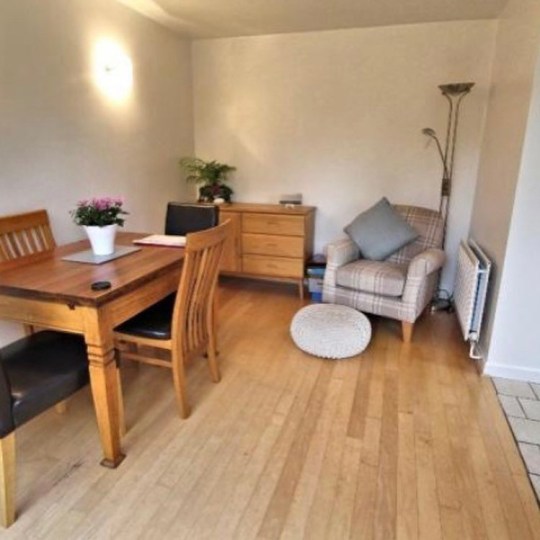 Abbie reckons they’ve saved thousands by doing the bulk of the work, and only bringing in professionals for electricals and structural work (Picture: Jam Press) 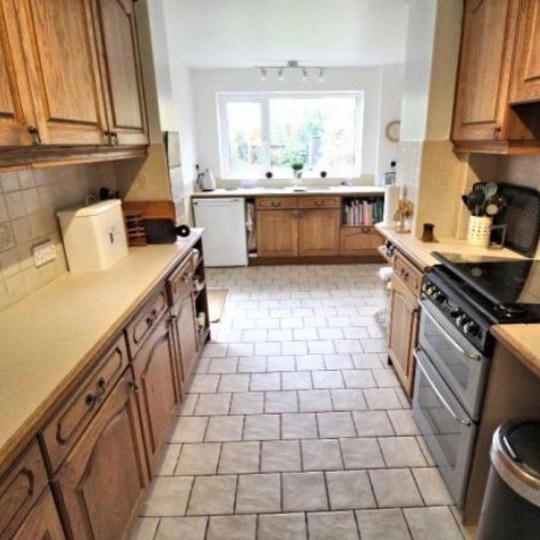 The kitchen (pictured before its renovation) has had the most work (Picture: Jam Press)

Abbie, who works as a children’s nursing sister, said: ‘We were attracted to the house because of its original features, high ceilings and big room sizes.

‘But it was very dated and didn’t suit our needs with a narrow galley kitchen that was poorly designed and impractical.

‘The whole house was very dirty and extremely tired.’

Abbie had previously done up her first home at the age of 23, so used what she learned from that experience when taking on this overhaul. 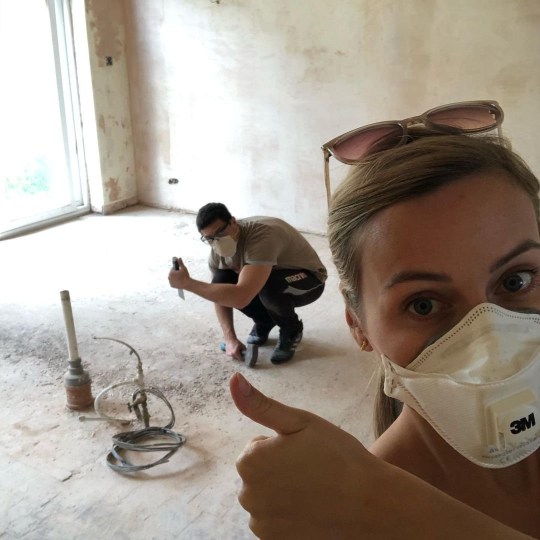 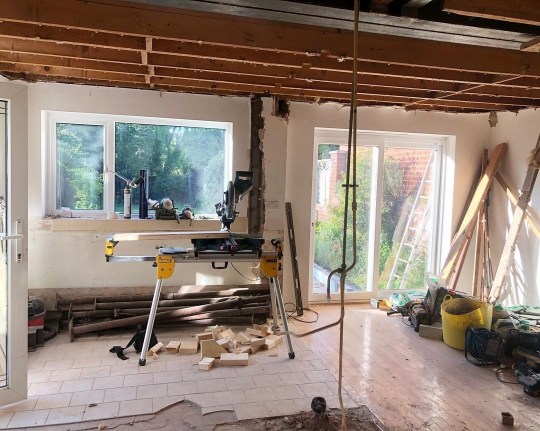 She said: ‘I’ve learnt a lot from my first build and other than needing builders for structural work and an electrician for a new fuse board, we were able to do everything else ourselves.

‘The goal for the new house was to do it up for us to live in for a few years and be able to grow into.

‘We wanted to do it to a high standard and take our time to allow us to save the money we needed for the renovation, doing one room at a time.’ 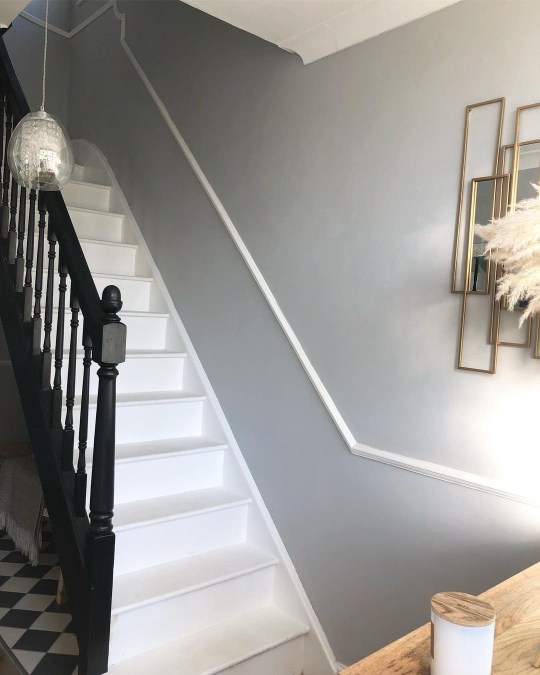 While some original features have been maintained, the house looks totally different (Picture: Jam Press) 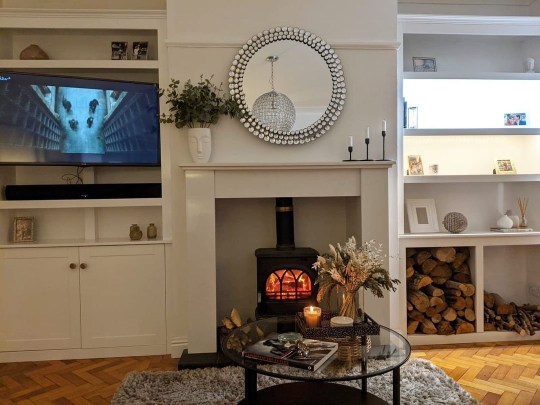 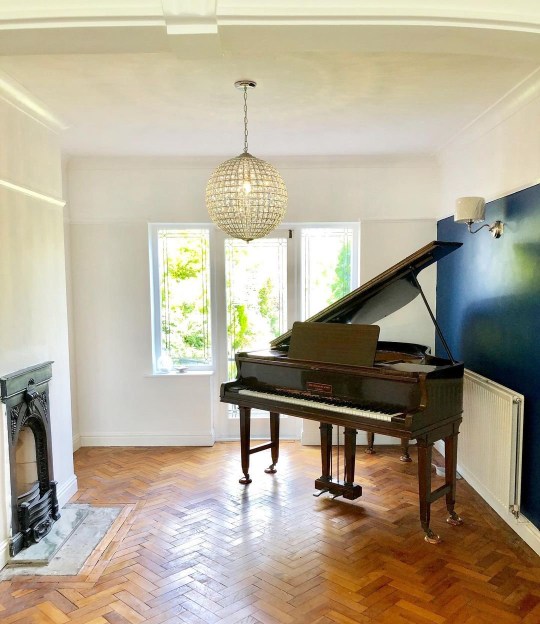 The home has been decorated in neutral tones (Picture: Jam Press)

It’s been freshly decorated in neutral tones with black finishes.

One bedroom has been turned into an office space for Mark, who works as a test analust.

The biggest change is of course the kitchen, which went from a narrow galley style with pale green walls to an open-plan space with marble countertops and floor-to-ceiling doors to let in plenty of light.

‘The hardest part was the kitchen – we had to live in lockdown without it for nearly five months as we did everything we physically could ourselves,’ said Abbie. 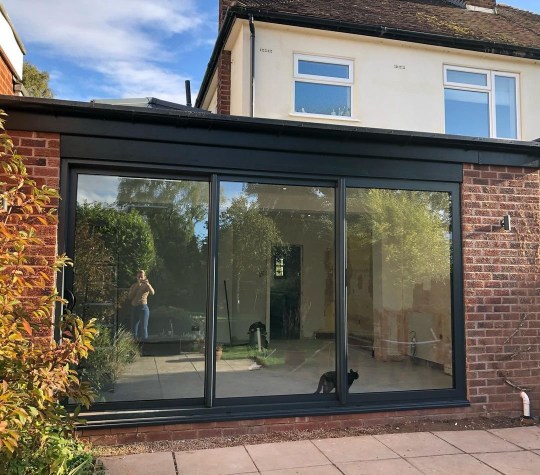 But it’s the kitchen that has had the most dramatic transformation (Picture: Jam Press) 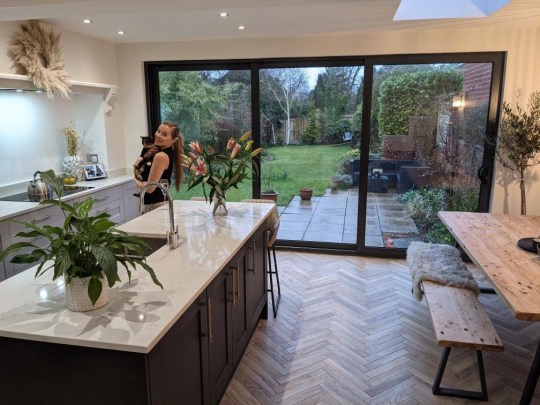 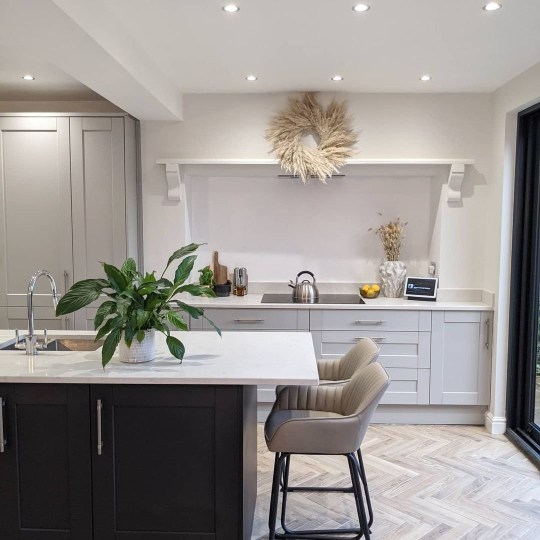 ‘Once the builders left, we had to sand down, plaster, paint, level the floor, plumb the radiators and tile 30sq m worth of kitchen floor with the most difficult pattern I could have chosen.

‘It took weeks to floor between my shifts but it saved us a lot of money.

‘I’d done a lot of tiling before but never that pattern or that amount of space – every tile company we spoke to told us we were brave doing it ourselves as it’s one of the most complicated designs. 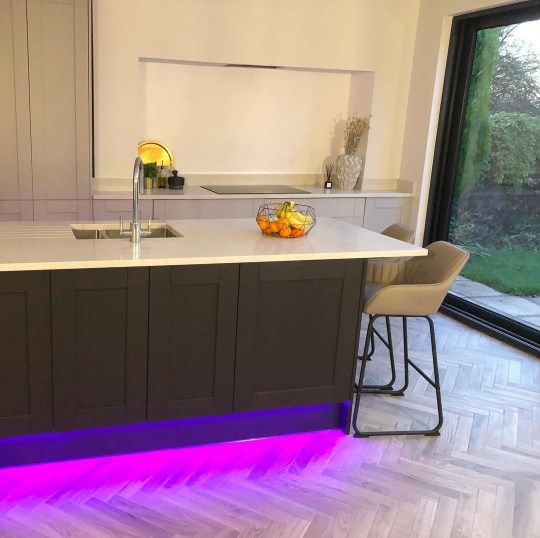 But the couple estimate they’ve increased the value of their home by £73,000 (Picture: Jam Press)

‘Towards the end we were struggling as I work 12-and-a-half-hour shifts, so every day off was spent doing DIY and eating nothing but microwave meals.’

Although the property is unrecognisable after the couple’s efforts, they have kept a few original features, including the parquet floor in the hall and living room and a cast iron fireplace in the living room, which Abbie painted and re-tiled.

The couple aren’t finished just yet and are now tackling the bathroom.

But Abbie isn’t sure the DIY work will ever truly be complete.

‘Decorating is never-ending and I’m always evolving and changing my style,’ she added.

Have you completed an amazing DIY project?

Get in touch to tell us more by emailing [email protected].

How safe is meeting outdoors?