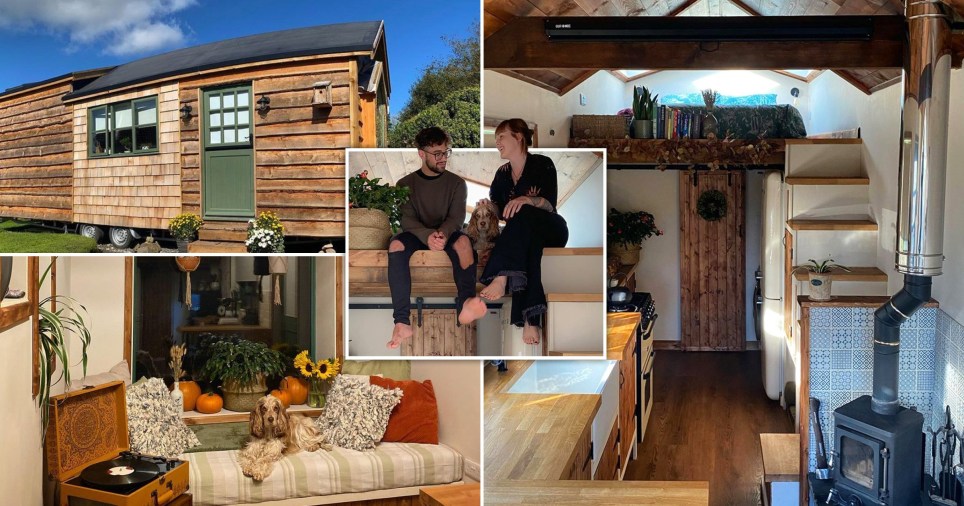 Dion Cowe and her boyfriend Ben Sawyer are living the dream in a tiny house (Picture: Wales News Service)

If lockdown has given you a longing to ditch your tiny flat and try something new, prepare for that feeling to intensify.

Because trust us, this tiny house makes the minimal lifestyle especially tempting.

Dion Cowe, 24, and Ben Sawyer, 30, made the decision to build their own tiny home after realising traditional renting just wasn’t for them.

The couple spent six months crafting their new property, complete with a mezzanine bedroom and a fully functioning kitchen.

The end result is pretty incredible, despite being just 8ft by 28ft. Large arched windows fill the tiny home with light, a wood burner provides heating, and there’s a cosy snug with gorgeous views of the countryside.

The limited space is used to its full potential, with clever storage hidden within the staircase. 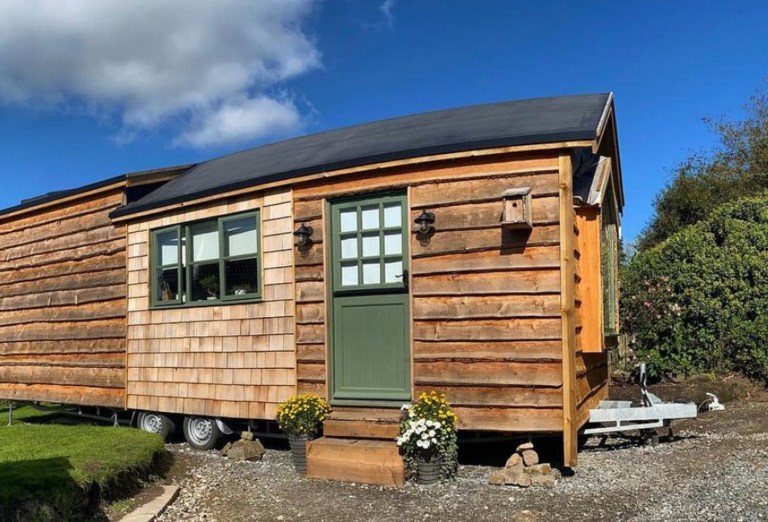 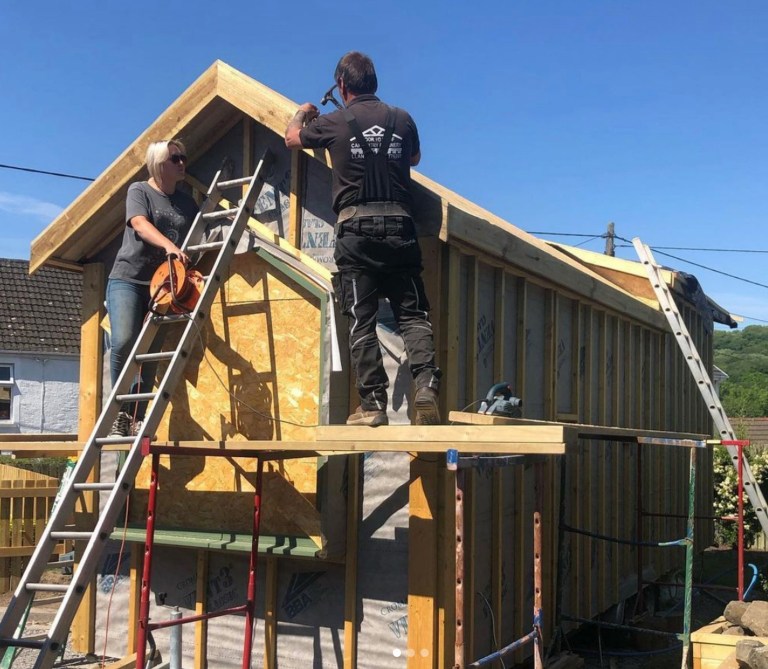 The couple built the home themselves, with help from Dion’s dad (Picture: Keepingittiny/Wales News Service)

Dion even manages to use the kitchen as a mini yoga studio.

The couple, who have been together for six years, spent most of their relationship travelling in converted vans.

They did try living in a two-bedroom rented home but it didn’t feel like the right fit. 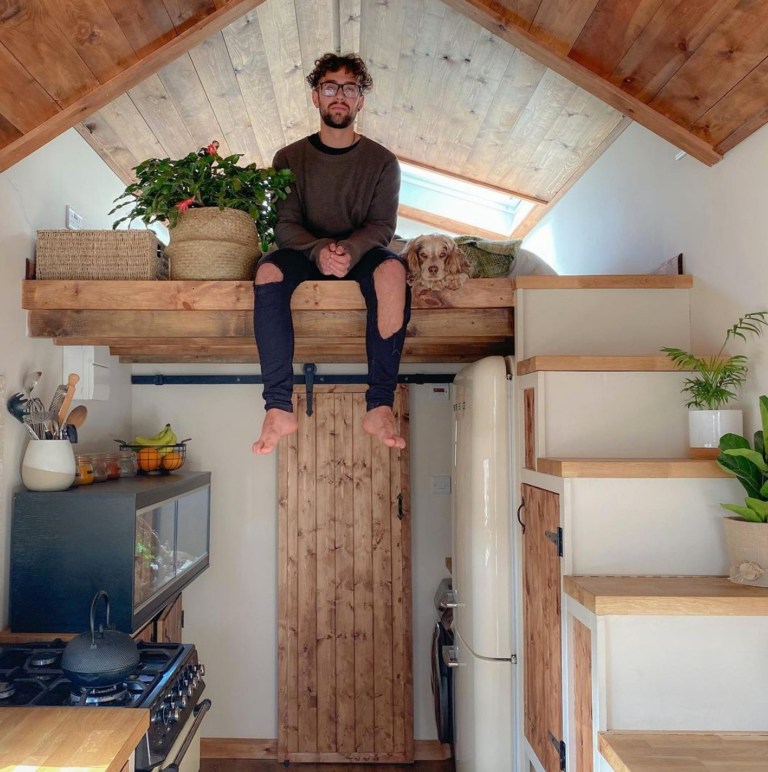 Dion said: ‘We came to the realisation that neither of us were prepared to fully settle down, in the traditional sense.

‘We felt that the money we were spending on rent could be put towards something way more beneficial.’

Ben, who’s a carpenter, spent six months working with Dion’s dad to craft the house, which is now parked up near Llanelli, Carmathenshire. 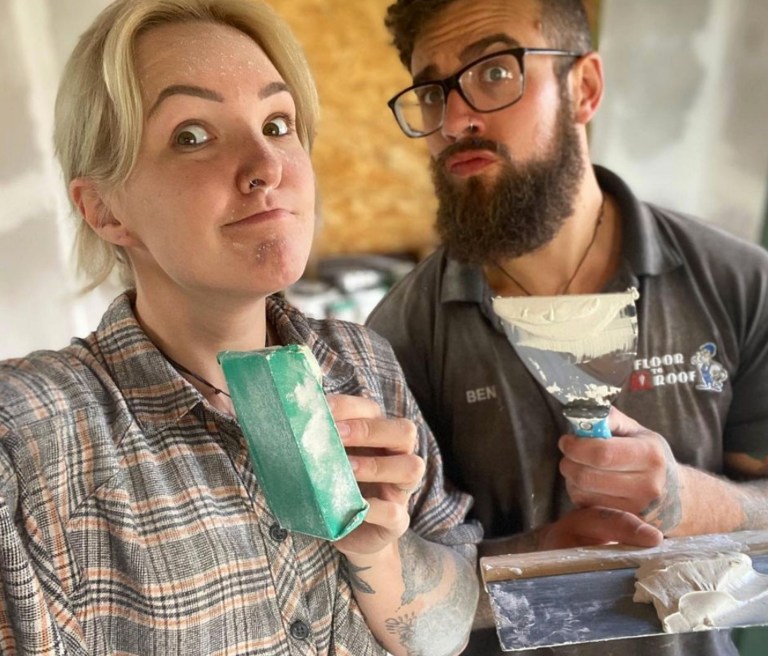 The couple are used to living in close quarters, after previously travelling in converted vans (Picture: Keepingittiny/Wales News Service) 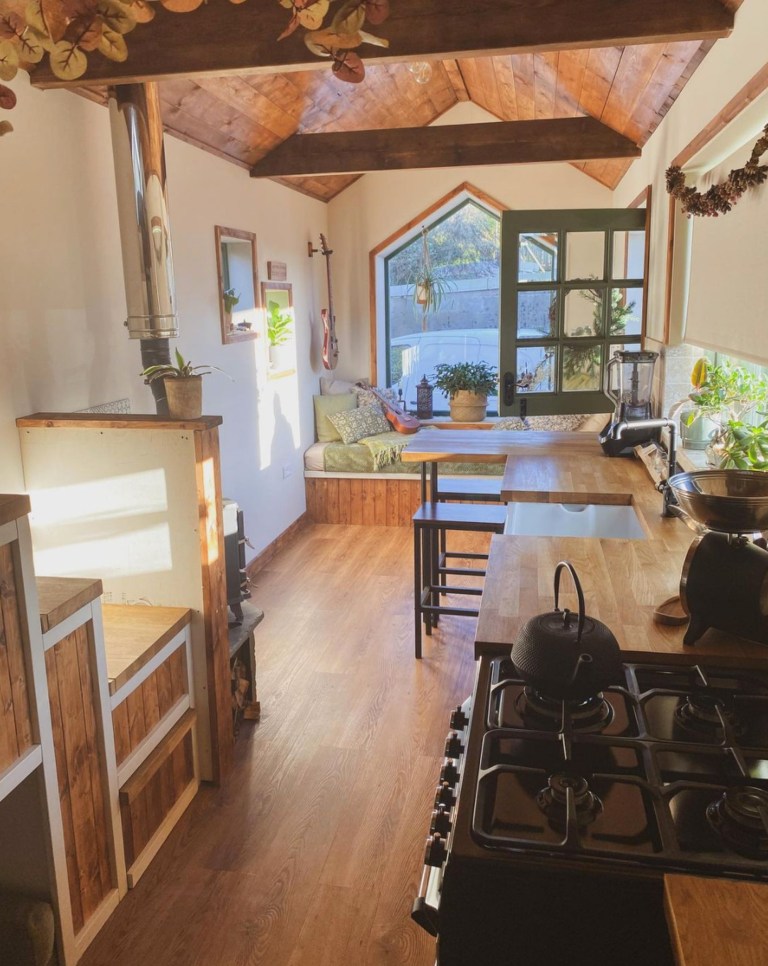 The house has a bedroom, a cosy snug, a bathroom, and a fully functioning kitchen (Picture: Keepingittiny/Wales News Service)

‘The only thing that has surprised us about living tiny is how freeing it feels,’ said Dion. ‘It’s effortless.’

The tiny home vibe has filtered into every part of the couple’s lifestyle, from living more sustainably to keeping outgoings minimal to save towards the future.

The pair also built the space with their rescue dog, cocker spaniel Willow, in mind. 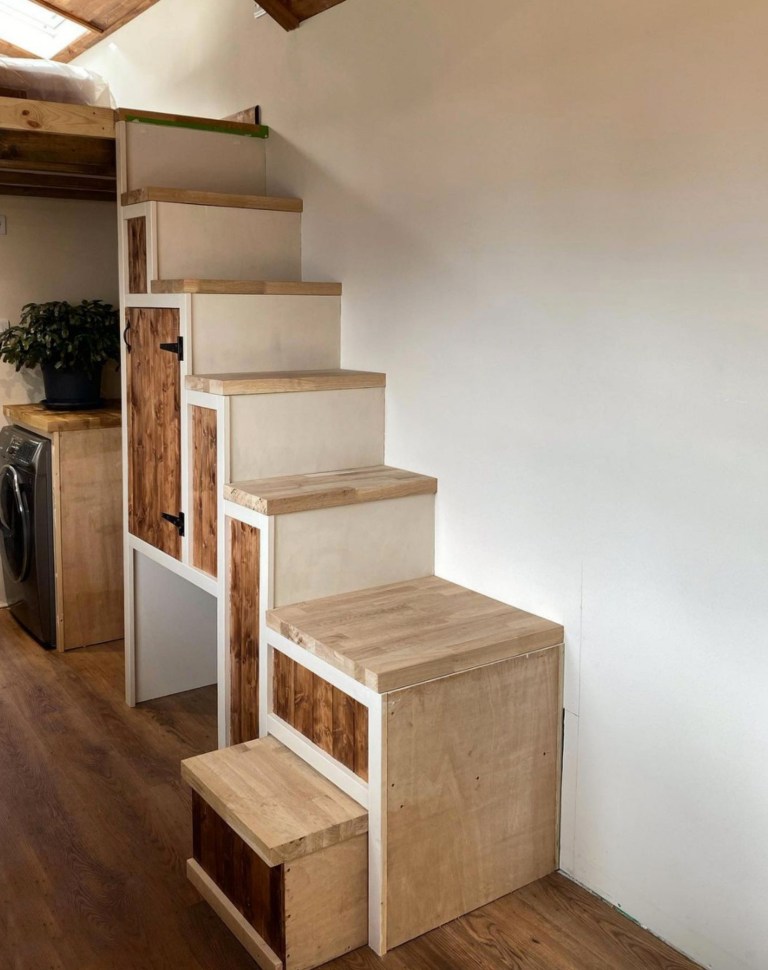 There’s clever storage to make the most of every inch of space (Picture: Keepingittiny/Wales News Service) 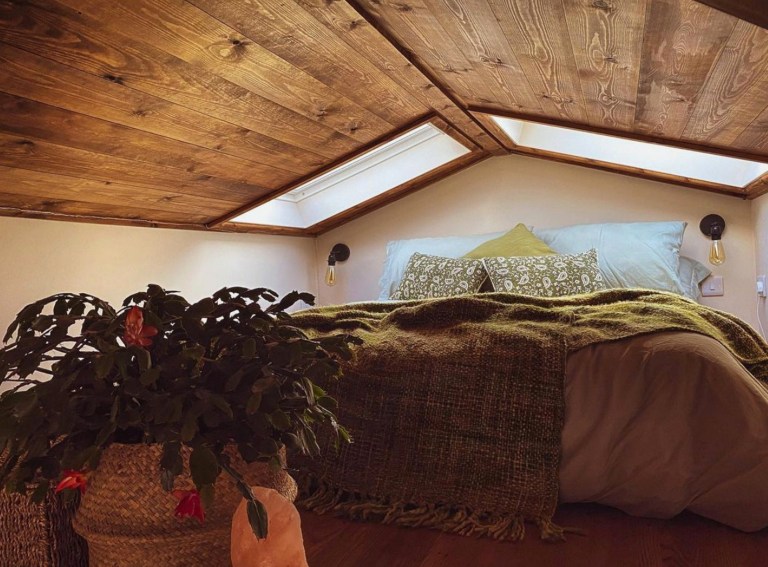 The bedroom is upstairs, with a roof window (Picture: Keepingittiny/Wales News Service) 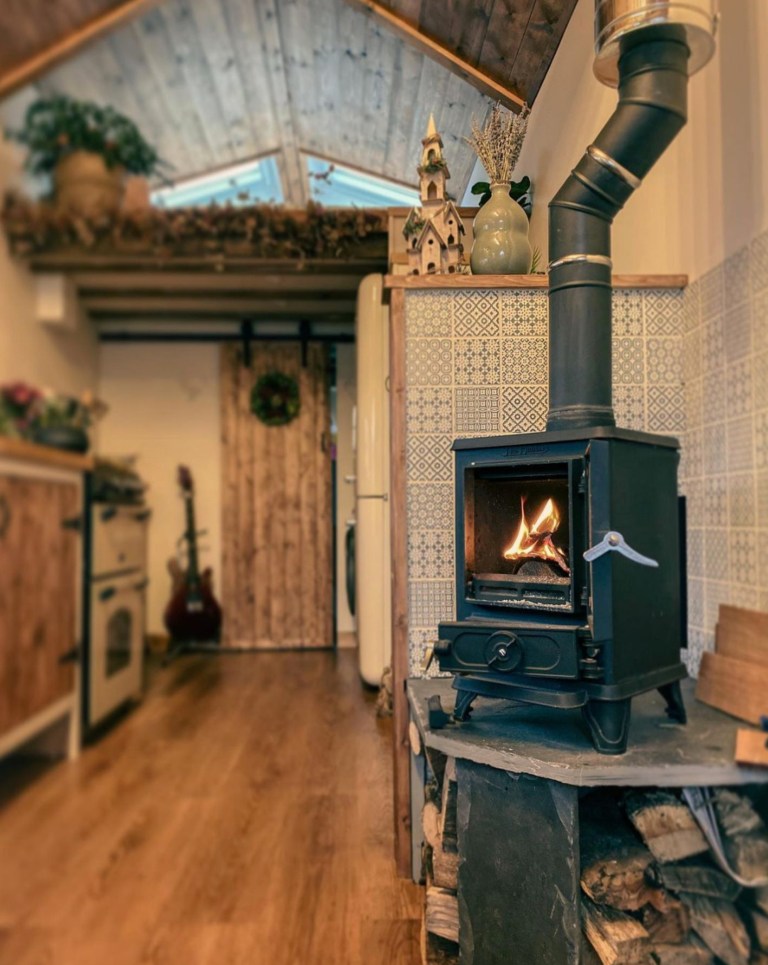 Dion said: ‘She was in our thoughts throughout the whole design process, so much so, we even built her bed into the stairs.

‘It might be a little crazy, but we halved our wardrobe space, so she would have her own cosy corner in the house.’ 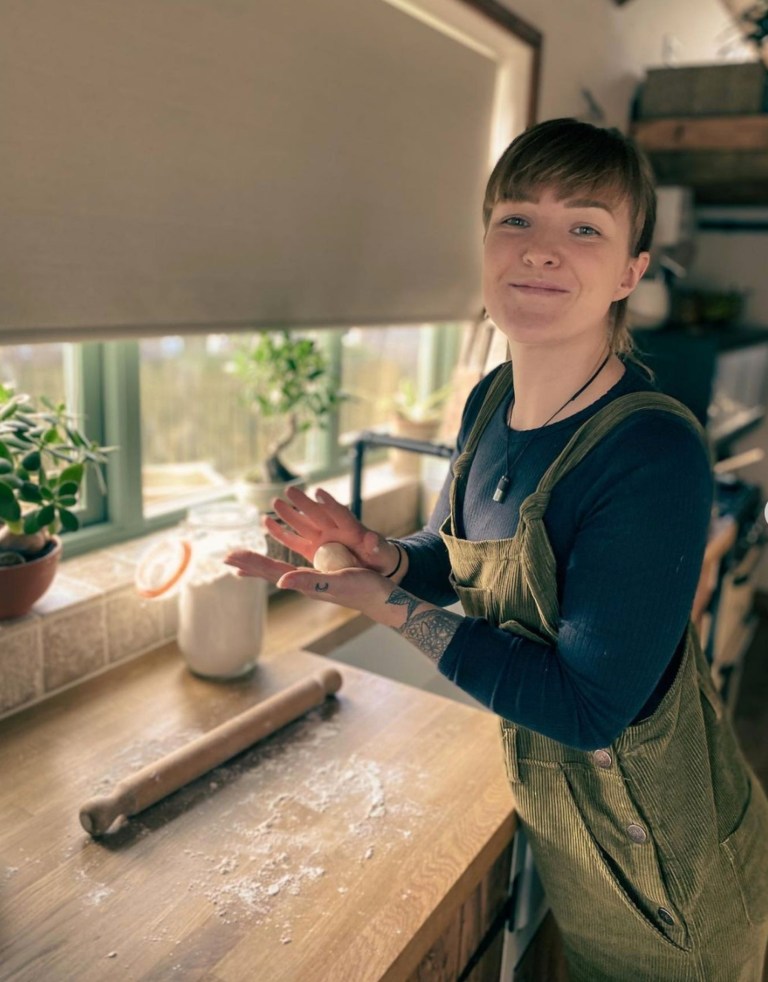 The space is now shared by Dion, Ben, Willow, and a lionhead rabbit called Cinnamon.

For now, the home will stick around on a plot of land near Ben’s parents, but the couple hope to take it out on the road in the future – with plans to move to New Zealand once travel is back on the cards.

R rate below 1 in England for first time since JULY & may be 0.6 in some areas