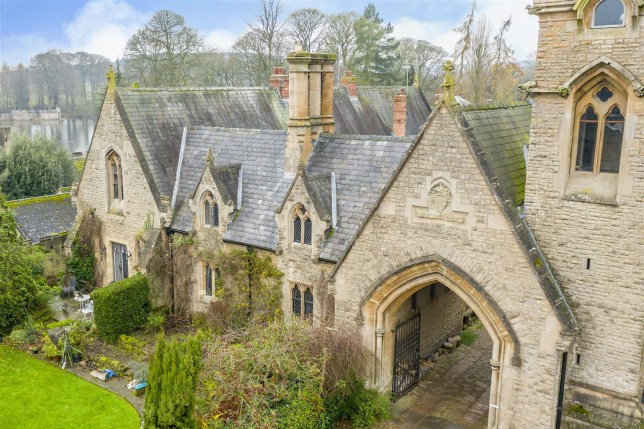 The Archway cottage, set within a Grade-II listed gothic abbey, is up for sale (Picture: Holden Copley via OnTheMarket)

After all, if you dream of writing in your own countryside cottage, you can’t get much better than one in the Grade-II listed gothic abbey where Lord Byron once lived.

The cottage – which is positioned towards the top of the watchtower – sits within a larger property in the grounds of Newstead Abbey, in Nottinghamshire.

It’s called The Archway, and forms the front end of the property, including the arch and the tower.

The Abbey – which dates back to the 12th Century – was occupied by Byron on and off until around 1814. 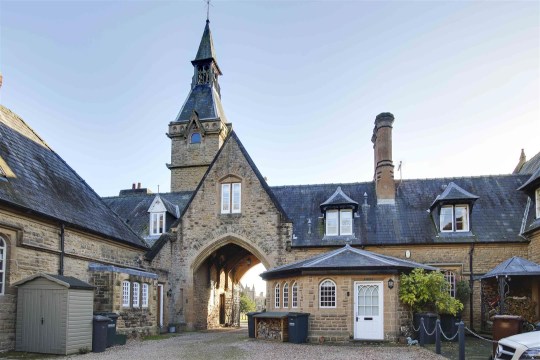 The property makes up the front of the estate, including the watch tower (Picture: Holden Copley via OnTheMarket) 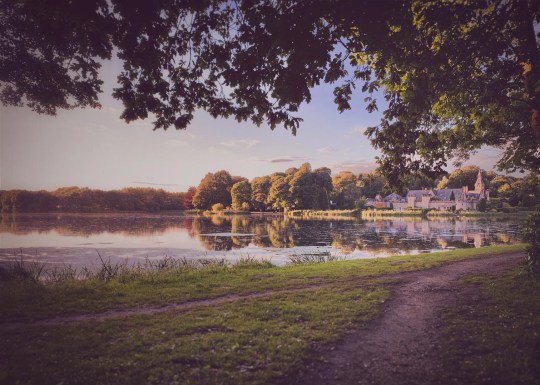 Dating back to the 12th Century, Lord Byron once lived on these grounds (Picture: Holden Copley via OnTheMarket) 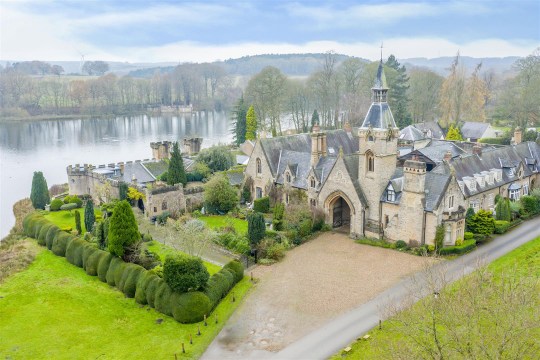 The cottage itself is Grade II-listed, while the Abbey is Grade-I listed (Picture: Holden Copley via OnTheMarket)

Since 1931, the estate has been owned by Nottingham City Council, which opened the house and grounds to the public.

The Archway itself is Grade-II Listed, while the Abbey is Grade-I Listed.

Enter on the ground floor and you’ll find the kitchen, all solid oak and granite worktops with plenty of high-end appliances. 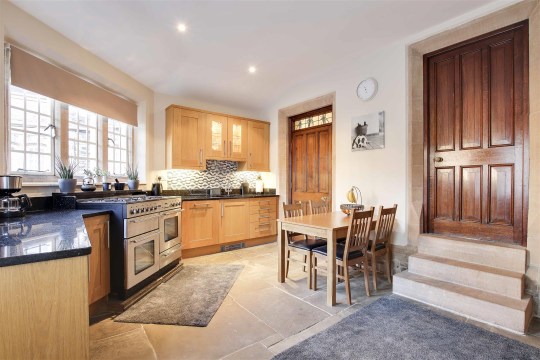 Then there’s the living room, which has a gorgeous central stone fireplace with a log-burning stove, plus a feature stone window with views towards Newstead Abbey.

Go up the open staircase to the first floor and you’ll discover the master bedroom. That has another original stone window with stunning views, plus a large dressing room and an en-suite bathroom, complete with a rainfall shower, a P shaped bath, and floor-to-ceiling tiles. 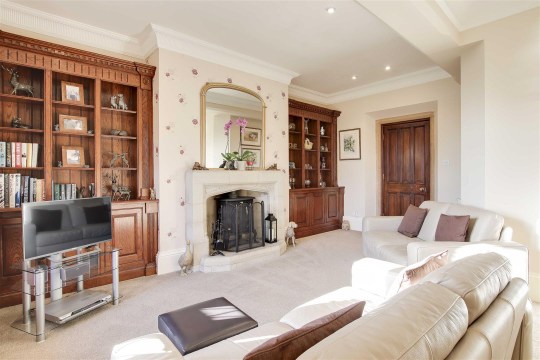 The living room has a large open fireplace (Picture: Holden Copley via OnTheMarket)

Up again to the second floor, and there’s a pretty upper landing with an original gothic stone archway, two more bedrooms, and another bathroom, too.

You can also head up the watch tower’s spiral stone staircase, then a wooden ladder, then a vertical metal ladder, to get to the top floor, where you’ll get the best views of the Abbey, lake, and the grounds. 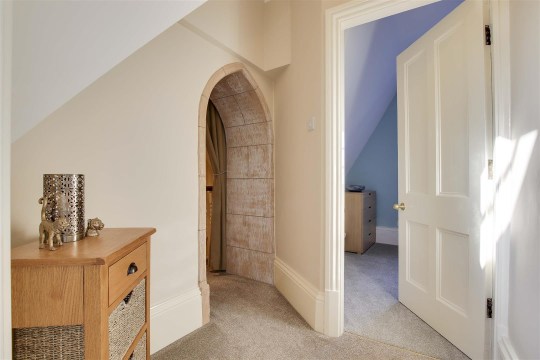 One bedroom has the original stone archway (Picture: Holden Copley via OnTheMarket)

The grounds are pretty special, too.

The estate has 16 gardens packed with lovely walks and trails, plus a courtyard to the front.

Vikki Bennett, a spokesperson for OnTheMarket, said: ‘This is both an incredibly unique property, and also steeped in history. 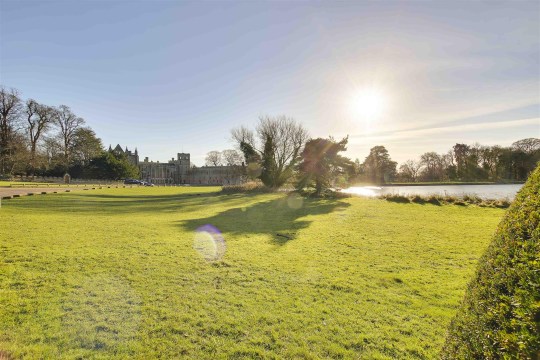 There are 16 gardens on the estate (Picture: Holden Copley via OnTheMarket) 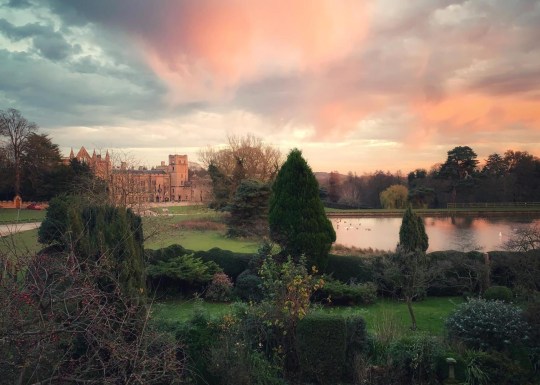 And gorgeous views of the lake (Picture: Holden Copley via OnTheMarket)

‘Not only is the property for sale located within the Grade-I Listed abbey, but it boasts the original tower and archway, and spectacular views of the garden lake, making it even more unique.’

Sarah Shaw, spokesperson for Holden Copley – Hucknall, added: ‘We are extremely lucky to be handling the sale of The Archway, part of the former home of the famous poet Lord Byron.

‘The property boasts plenty of unique features, including the traditional architecture. It would make a fantastic home.’

Keen? You can book in a viewing through the OnTheMarket listing.