This is The Old Chapel, home to nuns for over a century (Picture: LuxuryAndPrestige/BNPS)

Here’s a property renovation that borders on heavenly.

Behold The Old Chapel, a church that was previously used by an order of nuns for 139 years.

After over a century serving a higher power, the chapel was transformed into a stylish four-bedroom home, which is now up for sale for £1.5million.

The Grade II listed building, in Wimborne, Dorset, has been carefully and lovingly restored, so it has modern fittings while many of its original features have been maintained.

It has 3,455 sq ft of accommodation, with a vaulted open plan reception room, kitchen area, dining area and sitting area, and three en suite bedrooms on the ground floor, with a day room overlooking an enclosed Cloisters courtyard on the lower ground floor. 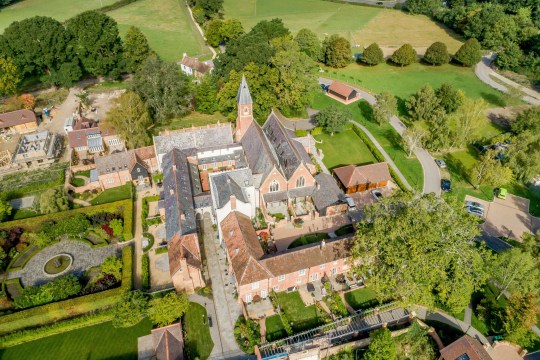 It’s part of a major development of 52 new and converted properties, which has 70 acres of land (Picture: LuxuryAndPrestige/BNPS) 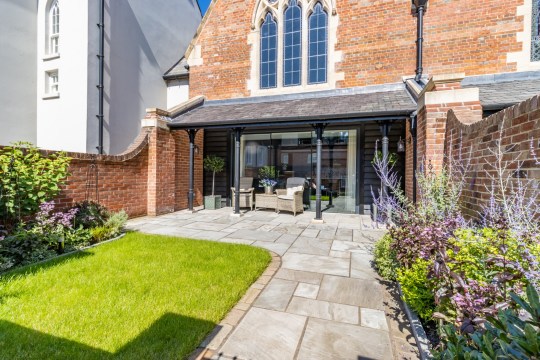 Long after the nuns moved out, the chapel has been turned into a fancy four-bedroom home (Picture: LuxuryAndPrestige/BNPS)

Upstairs is the main bedroom, which has a large dressing room and an en suite bathroom, and a study (or second sitting room, if you prefer), which has a glass balcony.

Snazzy features include underfloor heating and a lift, and outside is a walled garden and a double garage – plus access to the 70 acres of land shared by the development.

Estate agents Luxury and Prestige Realty describe the home as ‘the jewel in the crown’ of the Stapehill Abbey development, which was created long after the chapel was part of Holy Cross Abbey. 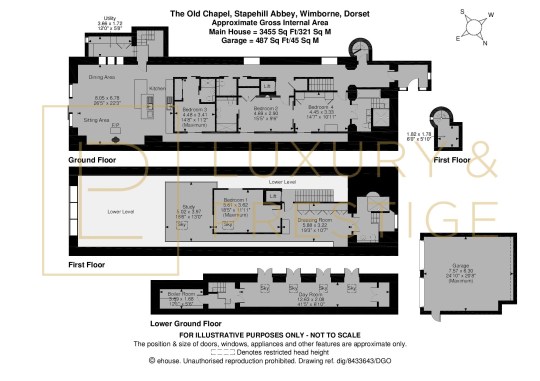 The home has 3,455 sq ft of accommodation (Picture: LuxuryAndPrestige/BNPS) 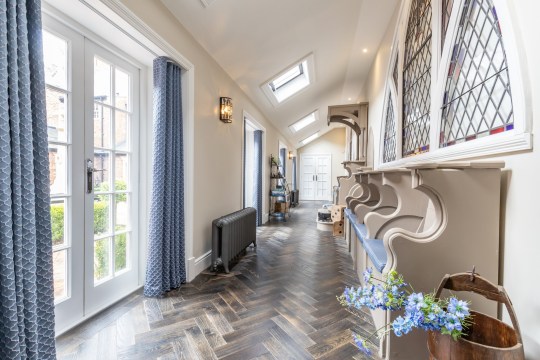 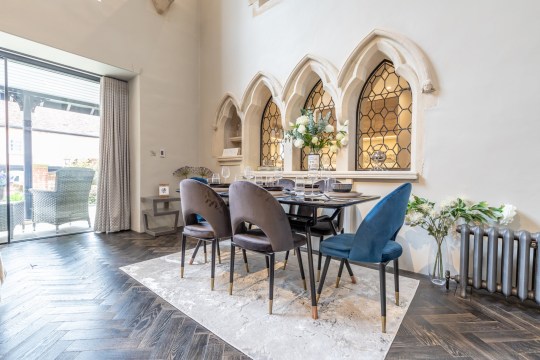 The original church was designed by Charles Hansom and completed in 1851. While a chapel next door was open to the public, this one was exclusively for the Cistercian Trappist nuns, who stayed in the abbey from 1802 to 1990.

In the 1990s, the abbey became a tourist attraction, with a museum, craft centre, and Victorian farmyard.

This then shut down in 2008, and the abbey was transformed into a gated development of 52 homes in 2014. 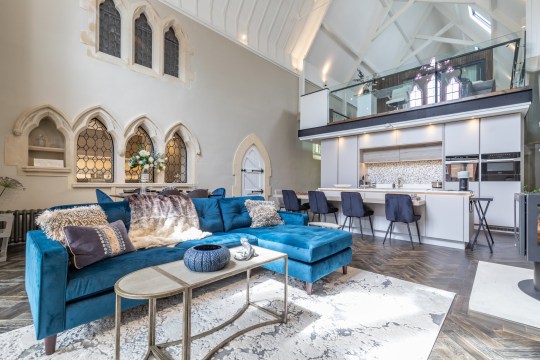 The lauout makes the most of high vaulted ceilings (Picture: LuxuryAndPrestige/BNPS) 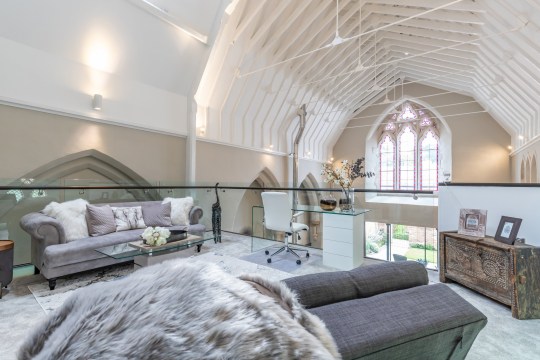 Upstairs is a second living space, or an office, if you prefer (Picture: LuxuryAndPrestige/BNPS) 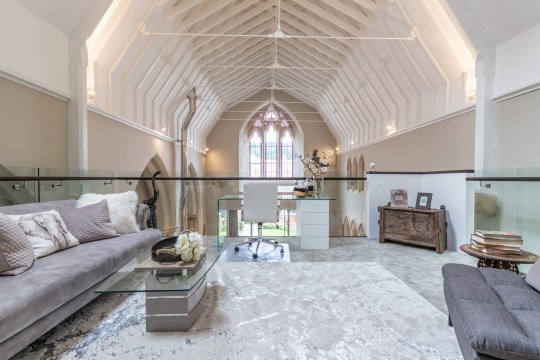 That view could provide great inspiration, no? (Picture: LuxuryAndPrestige/BNPS)

The Old Chapel is part of this, but since its renovation, the home has not been lived in.

That means it’s ripe and ready for whoever decides to buy it.

Jo Miller, from Luxury and Prestige Realty, said: ‘The Old Chapel is very unique and a really pleasing combination of modern and historic.

‘There are two chapels side by side. The one next door would have been open to the public so it has coloured stained glass windows and things like that. 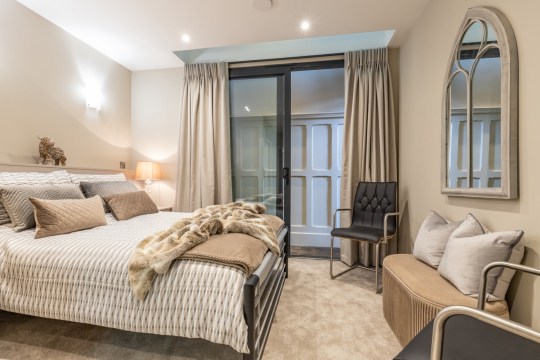 There are four bedrooms to choose from (Picture: LuxuryAndPrestige/BNPS) 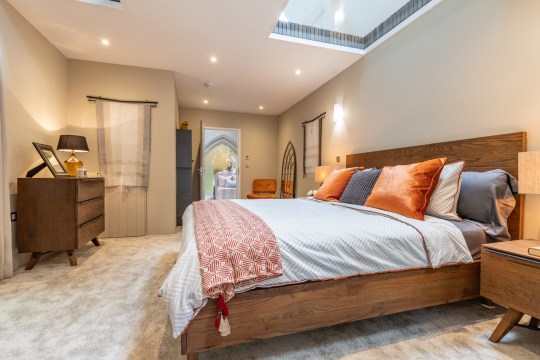 ‘This one was used by the nuns of the abbey. While the chapel has several beautiful stained glass windows on the side and the front of the property, the largest window in the main area has mostly clear glass with only a little colour embellishment.

‘It has lots of lovely touches, such as the pews and the original Mother Superior’s chair, which is just fabulous.

‘The developer sold it to our client before it was done so she had a lot of say on how it was finished. 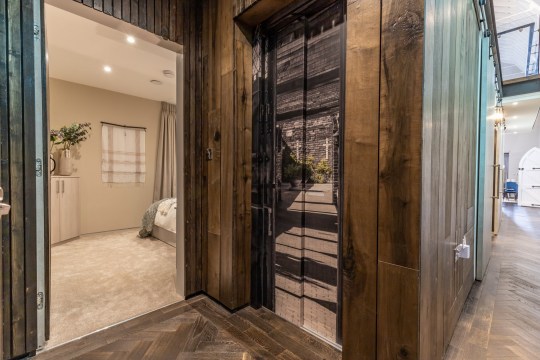 There’s a lift to take you to the principal bedroom, so don’t worry about taking the stairs (Picture: LuxuryAndPrestige/BNPS) 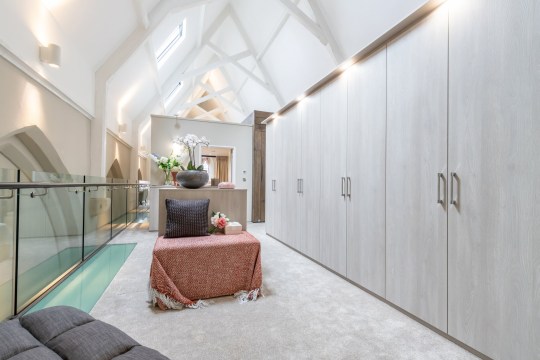 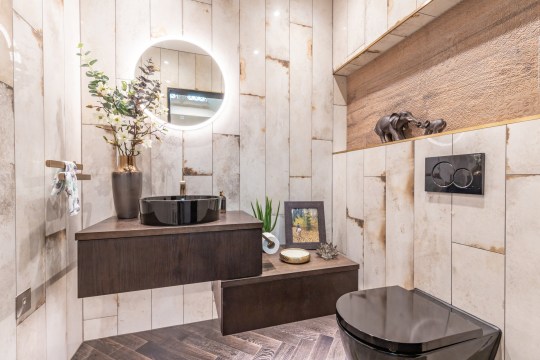 And an en suite, of course (Picture: LuxuryAndPrestige/BNPS)

‘Incredibly it’s never been lived in. No expense has been spared on the specification and this is cutting edge contemporary living in a historic setting.

‘The Old Chapel has a very calm and peaceful feel to it.

‘Although it’s really unique it works well as a home. Some unique properties are not very practical but with this you don’t suffer for having something a bit different, it’s very liveable.

‘The way the owner has done it is just stunning.

‘You also have access to 70 acres, including a lake. It’s just a lovely spot, this is the whole package.’