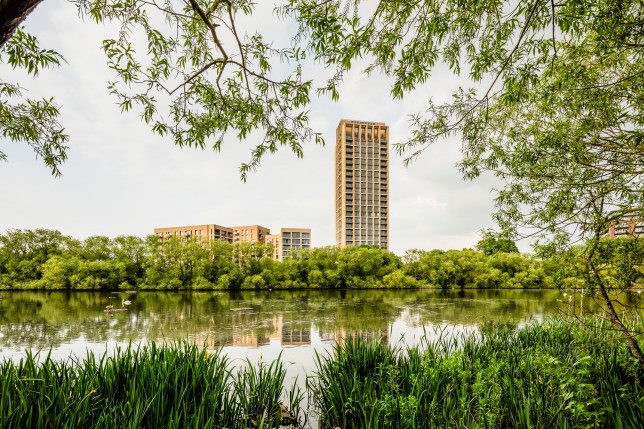 If you’re looking at Hendon Waterside you could get help with mortgage payments (Picture: Barratt)

A new washing machine, a pair of headphones or 30% off a new jumper… with savings of £50, £150 and more, Black Friday offers shoppers the chance of a bargain.

But how about getting £50,000 off? This kind of saving is what happens when property developers join the cut-price party, in a bid to tempt buyers back to the market.

Worries about pricier mortgages, soaring energy bills and inflation, combined with jitters about the economy, have led to a drop in buyer demand, with the Royal Institution of Chartered Surveyors reporting that enquiries from new purchasers fell for the sixth month in a row in October.

And so developers are embracing Black Friday as never before, offering incredible time-limited, money-saving incentives to get stock sold.

With hefty mortgage rates a big buyer turn-off, some housebuilders are helping to ease the burden. At Brentwood Acres in Brentwood, Essex, a short drive from the Elizabeth Line station, Fairview will pay the difference on a mortgage offer up to 5.92%, bringing it to 2.25%. 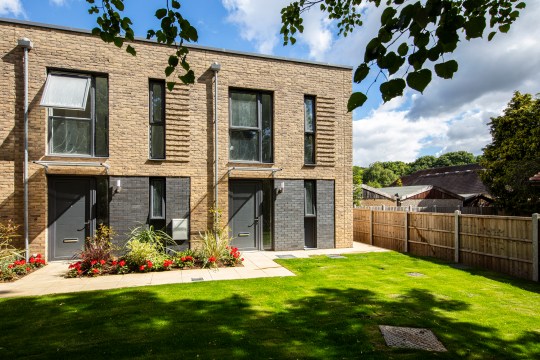 Brentwood Acres is not far from the station which is on the Elizabeth Line (Picture: FairView) 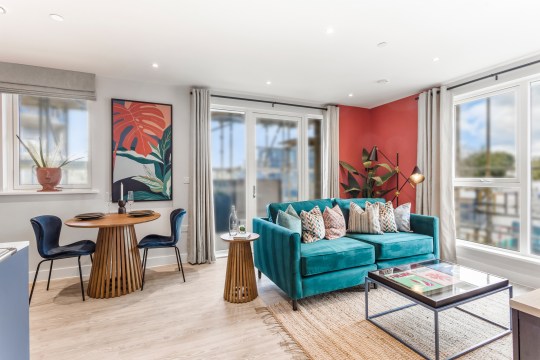 Barratt London is making a mortgage contribution of up to £15,000 to buyers moving in by March 31 next year at most of its schemes including Hendon Waterside in West Hendon, where buyers of a £430,000 one-bedroom flat will get £12,750. At Springfield Park in Tooting, a one-bedroom home at £540,000 comes with the full £15,000, barrattlondon.com.

Reserve one of the last one-bedroom flats at Hill Group’s Lampton Parkside, in Hounslow or Aspects in Stevenage by November 30 and get six months’ mortgage paid, to a maximum £10,000. Prices at these schemes are from
£340,000 and £239,950 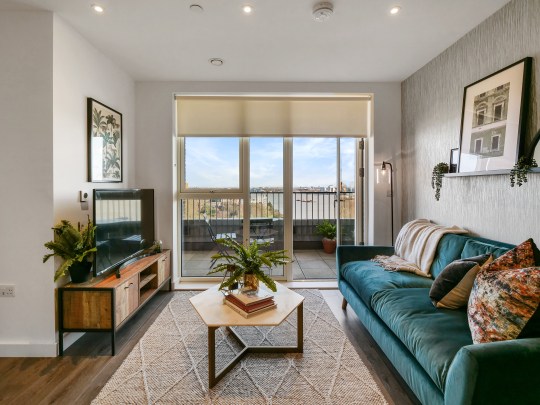 Cashback and vouchers take the edge off moving costs and are available at an array of schemes.

Get £7,500 towards moving costs as one of the first 20 buyers reserving selected shared ownership homes from Notting Hill Genesis by November 30. 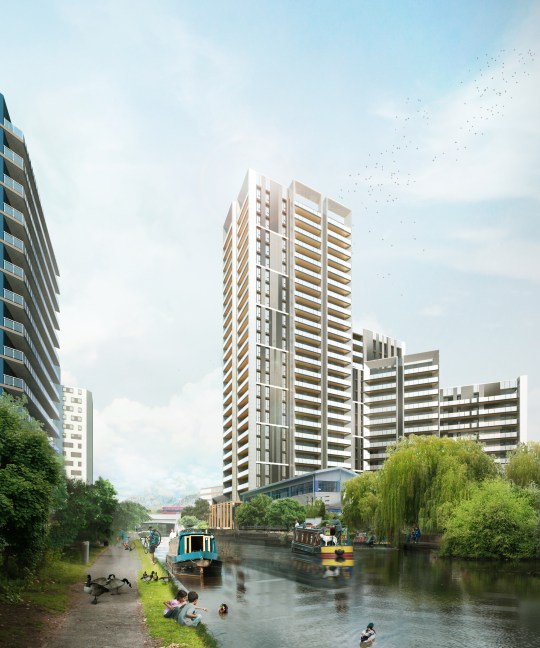 The Waterline is situated in the HA0 postcode (Picture: Latimer Homes) 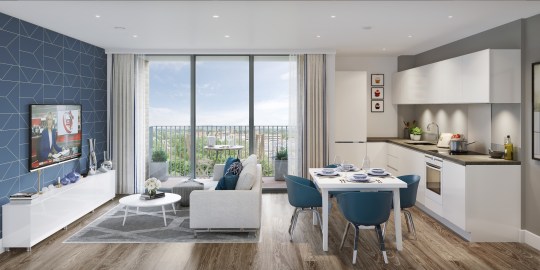 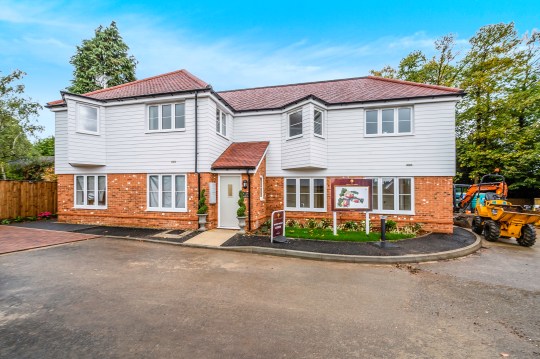 Housebuilder Hill will match first-time buyer deposits of up to 5% until November 30 on selected studios at Rubicon at Knights Park, Cambridge. Prices from £339,950 to £369,950, make the maximum saving £18,497.50, knightspark-eddington.co.uk.

Moving west to Acton, Verna is the latest phase at Acton Gardens, Countryside and L&Q’s regeneration of the South Acton Estate, close to Acton Town station.

Or, if you’d prefer a Surrey address, Woodpecker Gardens in Burgh Heath, near Epsom, comprises nine homes with parking and an electric charging point. Reserve a two-bedroom maisonette, from £475,000, by the end of this month to receive a deposit boost of up to £5,000, from Rushmon Homes via barnardmarcus.co.uk.

And Christmas has come early for first-time buyers across London and the South-East, as until December 23 Latimer is offering tailor-made deposit boosts at nine shared ownership schemes. These include The Waterline in Alperton, where one-bedroom flats are from £86,750 for 25% of £347,000, and Ascot House in Staines-upon-Thames, from £73,625 for 25% of a £294,500 studio, latimerhomes.com. 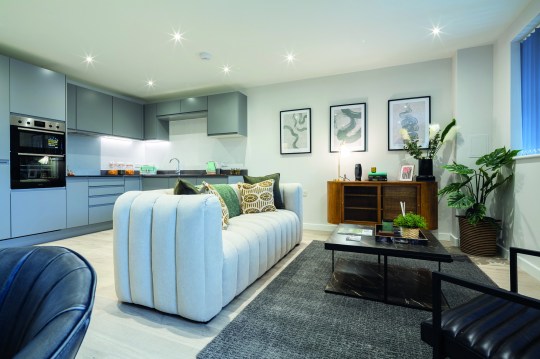 Newlon is offering either a furniture package, Ikea vouchers or stamp duty paid on this two-bed flat (Picture: Dominion Apartments)

Newlon is offering either a David Phillips furniture package, £3,000 in Ikea vouchers or stamp duty paid (on two-bedroom flats) at Dominion in Walthamstow, London E17, on reservations made by midnight this coming Sunday, November 27. Prices start from £103,500 for a 30% share of a home worth £345,000, dominionapartments.london 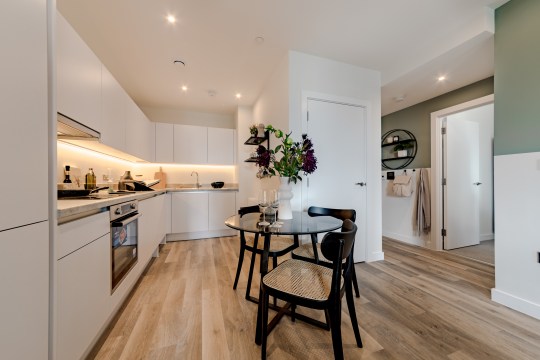 There are two of the developments covered by the Legal & General Affordable Homes Londonwide Black Friday Boost. Reserve by the end of this month and the housing provider will pay £5,000 on completion, landgah.com 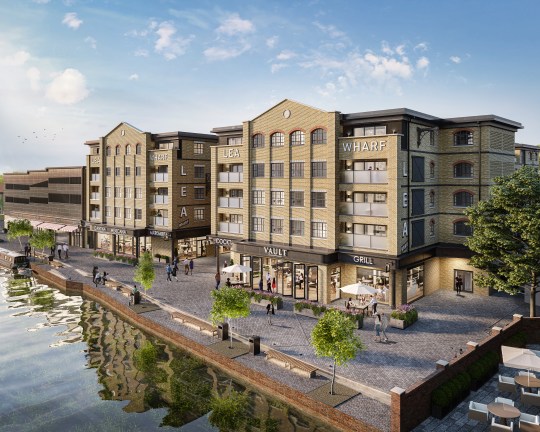 Lea Wharf is offering one and two bedroom apartments which is in the centre of Hertford (Picture: Chase New Homes) 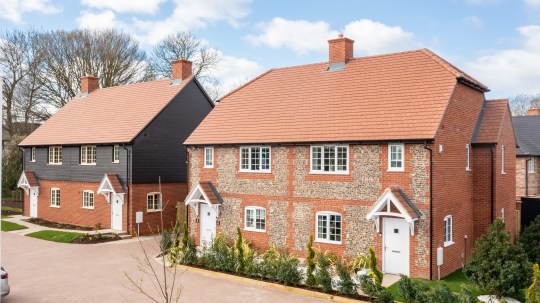 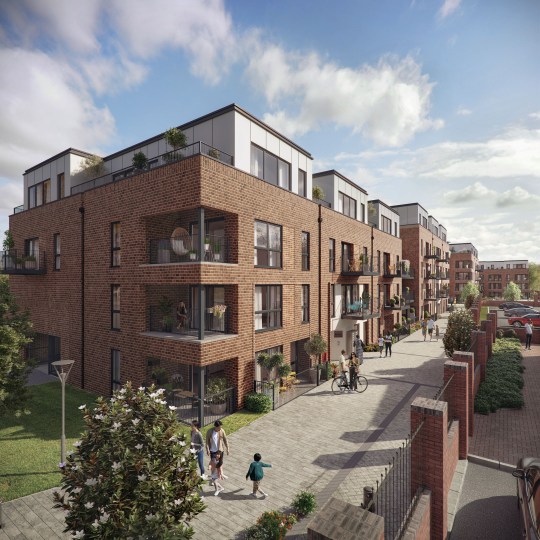 Now more than ever, new-builds are valued for their energy efficiency and comparatively low running costs – which will be significantly cheaper to buyers taking advantage of Weston Homes’ Beat the Bills incentive.

Those reserving a home before December 4 are being given as much as £12,000 to help cover their moving and living costs. This offer extends to all developments, including Manor Lane in Feltham, from £299,995 for a one-bedroom apartment, and Watford Cross in Watford, from £405,000 for a two-bedder, weston-homes.com.

Three-bedroom houses at Tilehurst Green, near Bracknell, feature air source heat pumps and smart controls to minimise energy usage, but you’ll be able to make further savings when reserving by December 5 as you’ll be given £2,000 towards energy costs and a £2,000 pre-paid MasterCard. From £610,000, burringtonestates.com.

And £3,000 towards energy bills is up for grabs to buyers reserving this weekend only at Lea Wharf in the centre of Hertford. The warehouse-inspired one and two-bed apartments are from £299,995, chasenewhomes.co.uk. 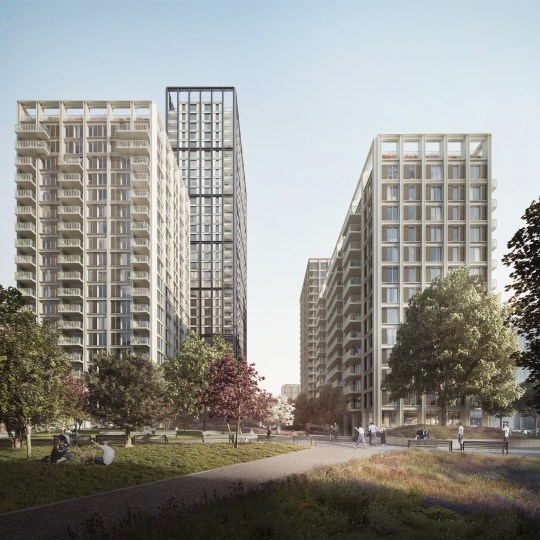 Queen’s Quarter, which is in Croydon, is part of the shared ownership scheme on offer (Picture: LQ Homes) 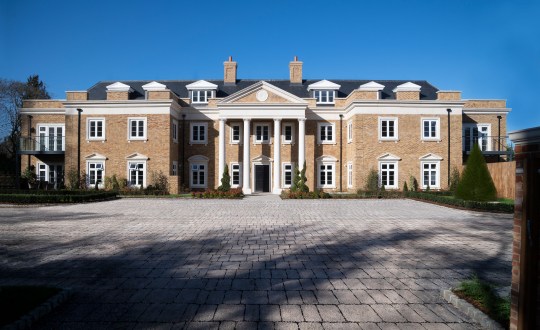 This is going for a cool £2.6million at Beechgrove near Ascot (Picture: Millgate Homes) 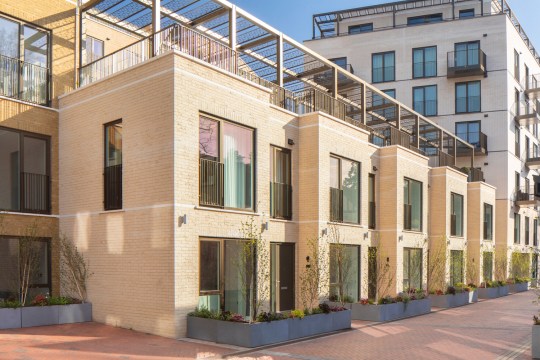 You’ll be able to cut the costs of kitting out your new pad, too. Homes at London Square Croydon start at £358,000 and you’ll receive a £10,000 voucher to spend at Ikea when reserving before November 30, londonsquare.co.uk.

And L&Q at Queen’s Quarter, also in Croydon, is one of the shared ownership developments included in L&Q’s current incentive, whereby those reserving by Christmas are offered a £500 John Lewis voucher, a reduced £999 reservation fee and a contribution towards costs. Prices are from £82,500 for a 25% share of £330,000, lqhomes.com.

A one-bedroom show apartment priced £295,000 at Whitelocke House in Hounslow is being sold complete with £12,000 of furniture, trilogy.uk.com, and the final two-bedroom show homes at 1887 The Pantiles in Tunbridge Wells come with the bonus of furniture and accessories worth up to £40,000. They start from £535,000 and you’ll need to reserve by the end of December, dandara.com.

And if your budget stretches to £2.6million for a huge three-bed penthouse at Beechgrove at Sunninghill, near Ascot, you can get a £50,000 interior design package, millgatehomes.co.uk.