Bizarre seven-bedroom home in North London on the market for £900,000 has a single bed in the BATHROOM

A WHOPPING seven-bed home on the market for just under £1million has a surprising feature for unpopular guests.

The three-storey property in north-west London boasts a series of unusual design decisions, including what appears to be a bar beside the front door.

A huge seven-bed home in London has a very surprising featureCredit: Rightmove 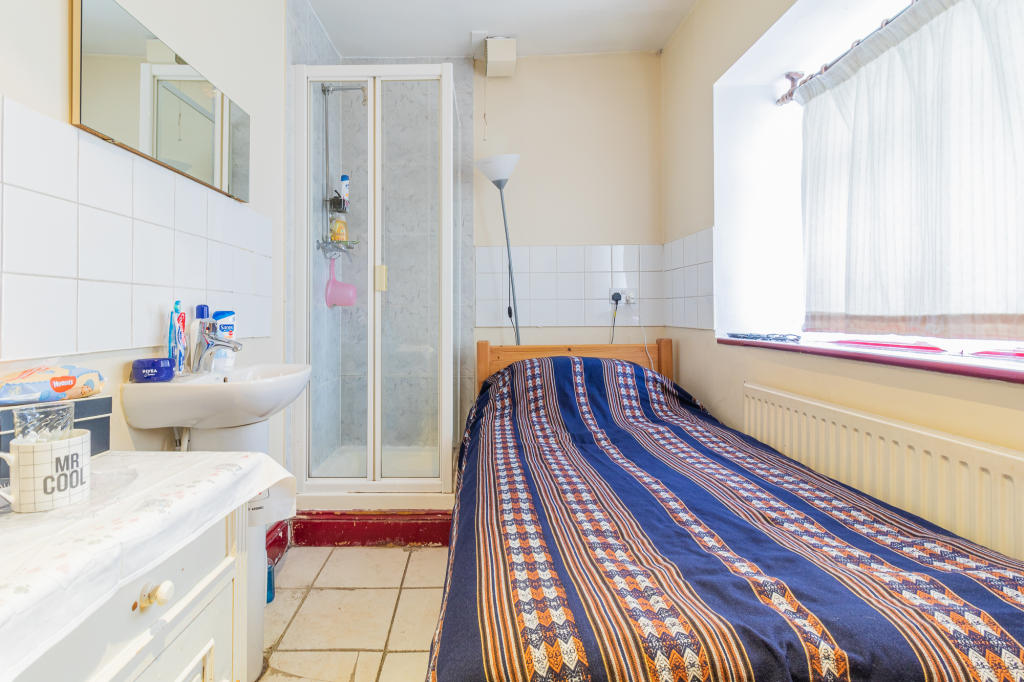 The property, on the market for almost £1m, has a single bed in a bathroom – presumably for a disliked guestCredit: Rightmove

But it’s the set up of a single bed that’s likely to get house-hunters talking.

Despite the amount of space available, the little bed has been placed beside a shower in one of the bathrooms.

Perhaps designed to host disliked visitors, the room features a sink, chest of drawers and the mattress, as well as the cubicle.

Amazingly, estate agents have provided two shots of the unusual space – and three pictures of a little dining room area set up with five individual tables.

Parts of the décor can be explained by the fact that the property has a licence to operate as a hotel.

However, the bedrooms appear to be used by family only.

All are stacked with books, cuddly toys and clothes.

It’s likely the property will soon be snapped up – as there’s space outside for an entrepreneurial buyer to build a block of six flats.

Agents at 99Home say: “There’s spacious land at the rear with direct access to the A41, ideal for construction of six or more flats.

“It’s close to the Tube and overhead rail at Cricklewood.

“There’s an easy commute to London in less than 12 minutes.”

It’s not the only surprising home currently on sale.

One property in affluent south-west London extends just 13 feet back – making it one of the slimmest houses on the market.

The £800,000 property in Kensington and Chelsea features a sweet fitted kitchen, posh rainfall shower and even its own terraced garden – a rarity in the city.

Despite that, those with plenty of possessions might want to skip a viewing.

The capital is known for being challenging for buyers on a budget.

But the situation improves dramatically for those with extra cash to splash.

One two-bed flat on the market for £800,000 hides an amazing secret – its own underground bunker.

The whopping space lies behind a blast-proof underground door.

And it’s kitted out with its own ventilation system – meaning the new owner could use it as a gym, home office or prep zone for a zombie apocalypse.

The ‘hidden home’ can be found behind a secret door.

Once inside, the new owner find a whopping five-bed home spread over 3,000 square feet. 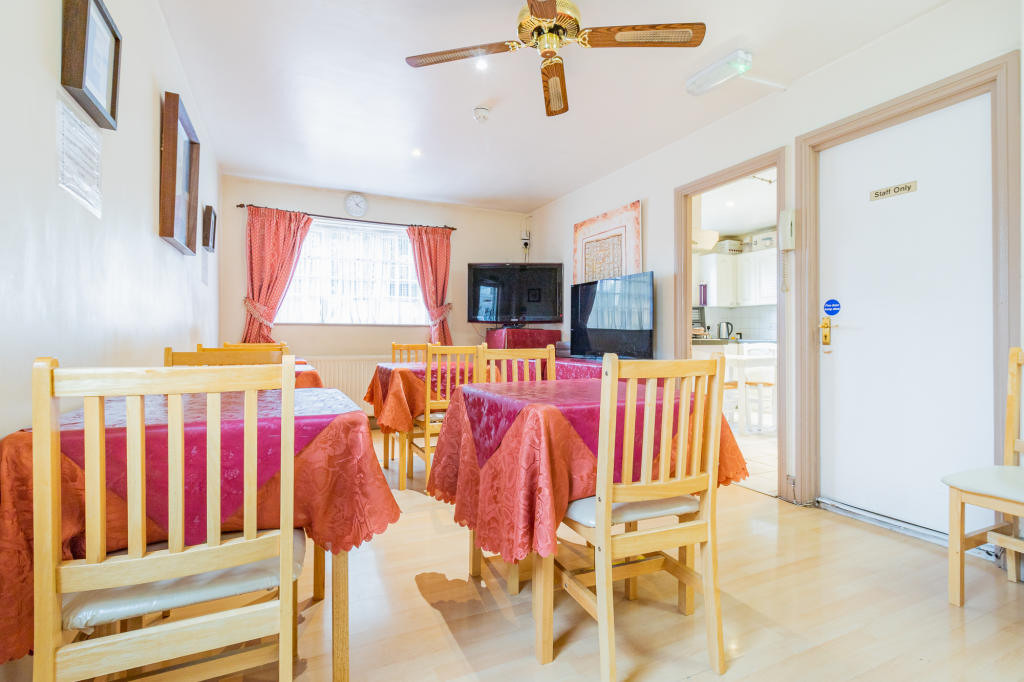 However, the bathroom bed isn’t the only unusual feature inside – as a dining room is set up with five tiny tablesCredit: Rightmove 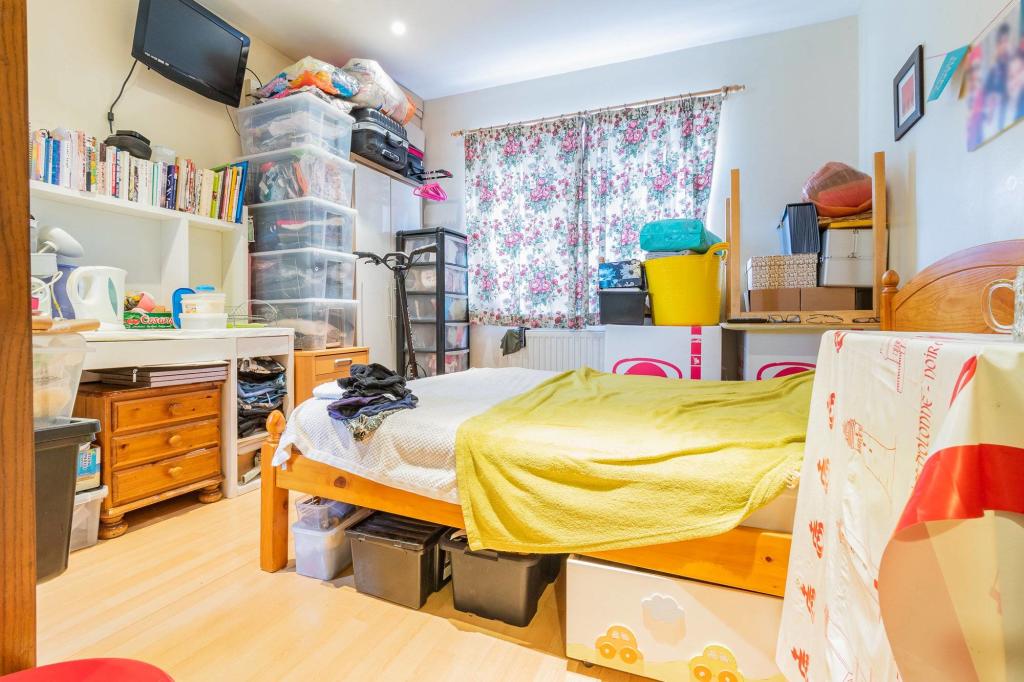 The property has a hotel licence, although appears to now be used solely as a family homeCredit: Rightmove 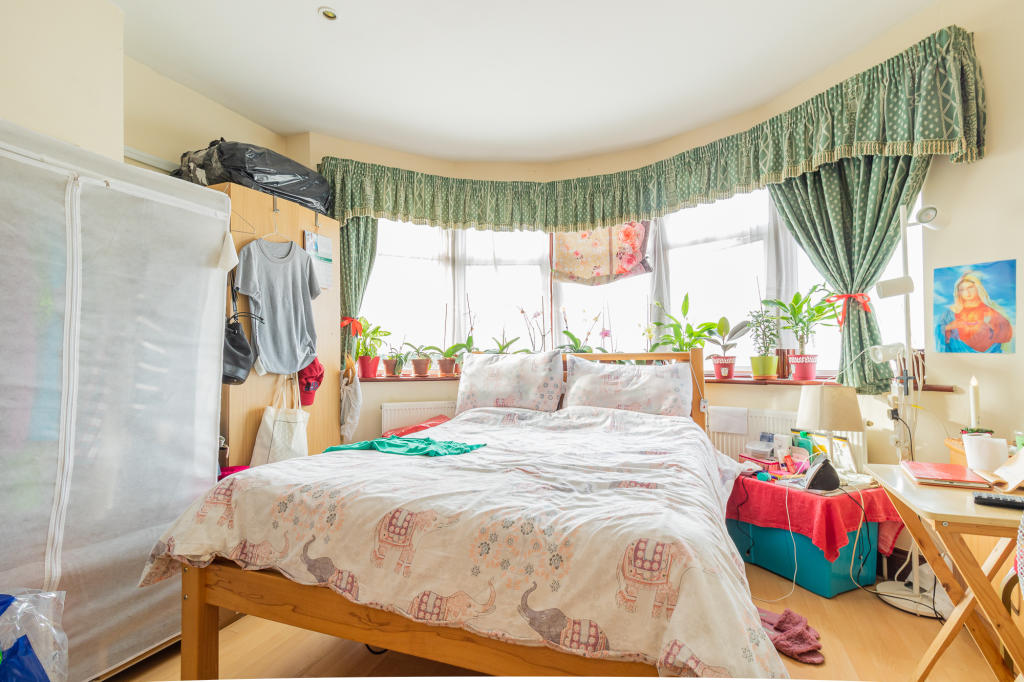 Bedrooms are piled high with clothes, books and toysCredit: Rightmove