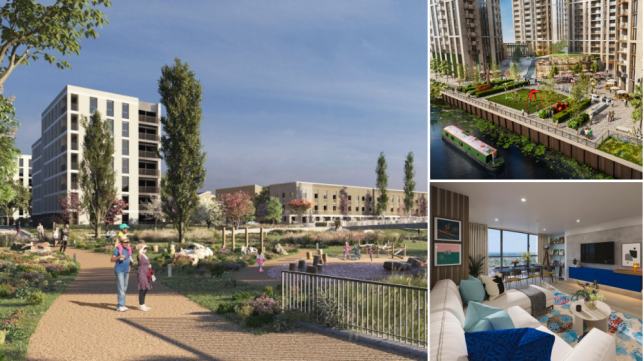 First-time buyers feel the odds are stacked against them more than ever before.

Alongside the rising cost of living and the highest mortgage rates since 2008, rents are rocketing – further shrinking people’s ability to save for a deposit on a home of their own. According to HomeLet, rents have leapt 2.3 per cent in Greater London in the last month alone – taking the average to £1,989.

Meanwhile, the nation waits with bated breath for the chancellor’s Autumn Statement, widely expected to make us all feel poorer.

Property technology company iPlace Global reports that 42 per cent of Brits say their biggest anxiety is having to rent for the rest of their days. It now costs more to buy than to rent in every London borough – but people are still managing to get on the housing ladder.

Being flexible on location will vastly boost your chances of finding a place of your own within your budget, and by opting for a new-build home, you won’t be stung with unexpected repair bills and exorbitant running costs.

In addition, new-build means access to schemes such as shared ownership, which will vastly reduce the size of the deposit needed.

Here’s a round-up of what’s on offer in London’s most affordable boroughs. 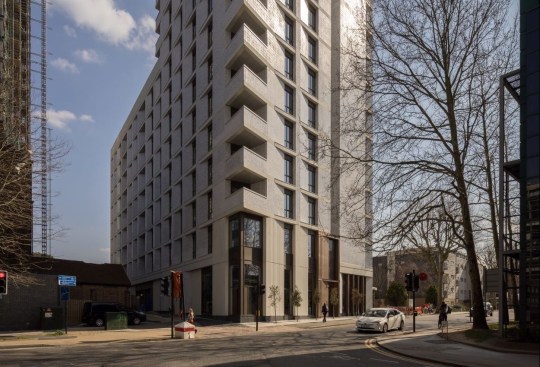 They’re well catered for with schemes such as Addiscombe Grove, near East Croydon station, where compact, cleverly designed one-bedroom flats cost 20 per cent less than the local market value, from £240,000, at Pocket Living. 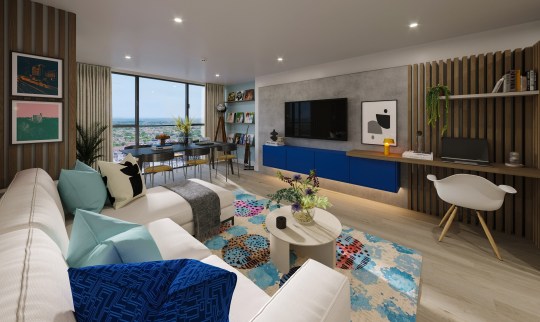 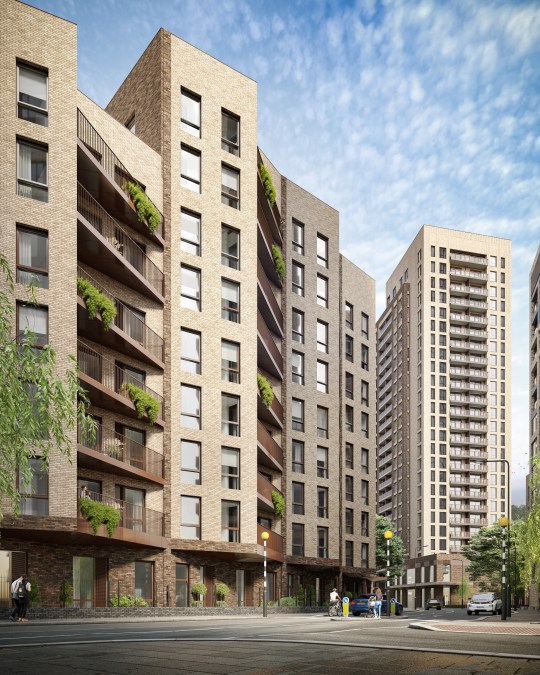 At 20-storey London Square Croydon, opposite West Croydon station, one, two and three-bedroom flats start at £358,000, and 79 shared ownership flats were unveiled last weekend at Crescent Gardens, also very central, from £91,500 for 30 per cent of £305,000, at Latimer Homes. 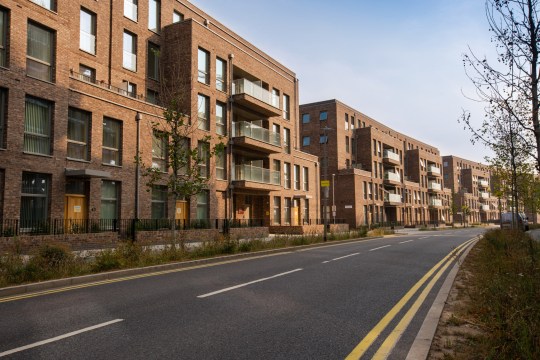 Starter homes in Barking & Dagenham cost £325,070 on average – less than anywhere else in the capital. Massive investment is bringing rapid change: London’s largest film and TV production complex, Eastbrook Studios, is nearing completion, and 50,000 new homes are planned by 2037. 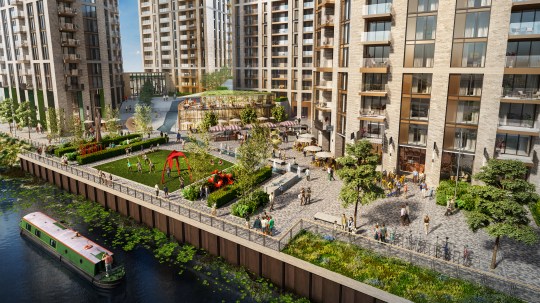 More than 10,000 of these are in the new Barking Riverside district, with its own Overground station and pier for Uber Boat by Thames Clippers. Here, one to four-bedroom homes in Fielders Quarter start at £264,445, with Bellway.

One and two-bedroom flats at Abbey Quay, on the River Roding and a ten-minute walk from Barking station, start at £335,000, with Weston Homes. 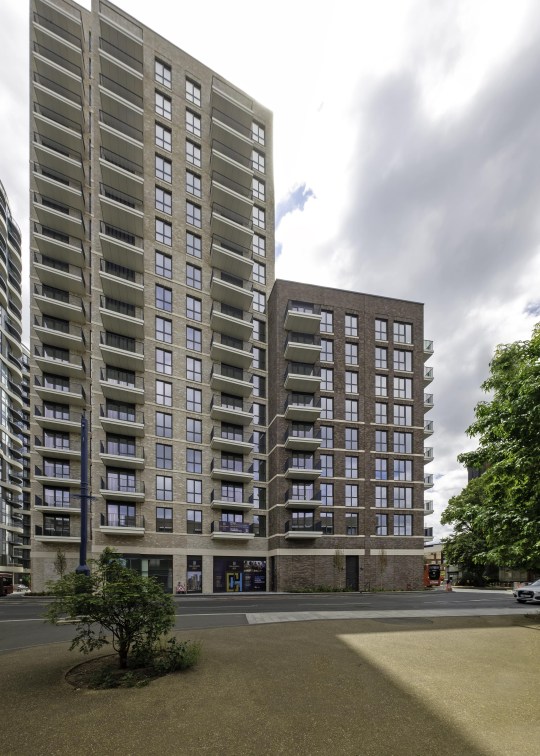 At Challingsworth House in Barking town centre, part of the BeFirst regeneration initiative, one and two-bedroom shared ownership flats are from £75,000 for a 25 per cent share of £300,000, at Red Loft. 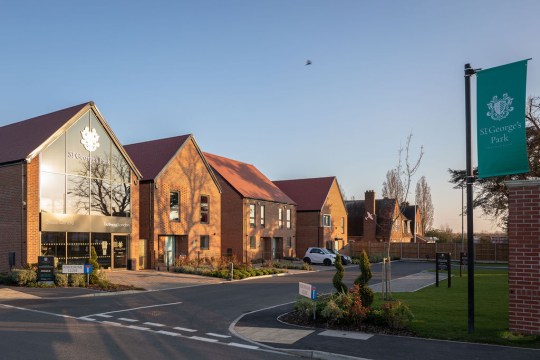 London’s most easterly borough, Havering is also one of the greenest and the fourth most affordable with an average starting price of £349,580. One and two-bedroom flats at St George’s Park in Hornchurch start at £285,000, at Bellway London. 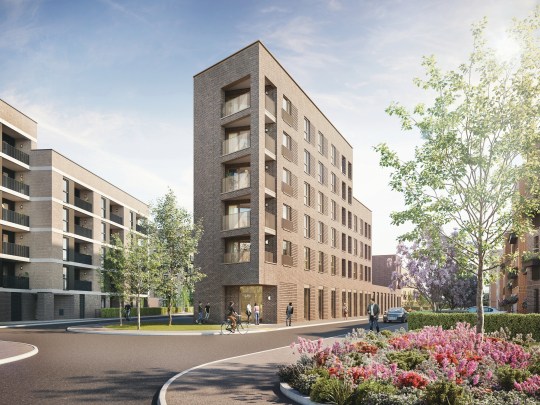 At Beam Park in Rainham, the ex-Ford vehicle manufacturing plant is being transformed by Countryside and L&Q into a 3,000-home new community that extends into neighbouring Barking & Dagenham, with a 21-minute commute to Fenchurch Street from nearby Dagenham Dock station. 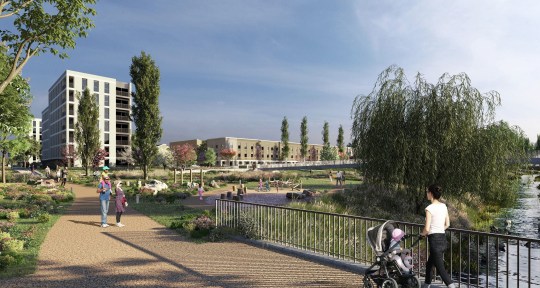 Data on pricing provided by Hamptons