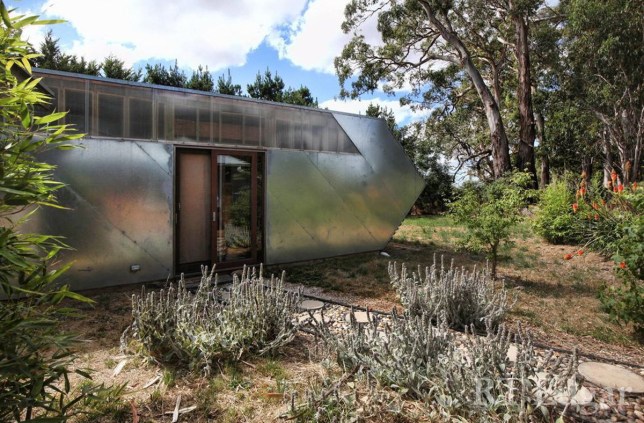 A home that features a futuristic art studio in the garden has just gone on sale in Australia.

The silver structure – shaped like an arrow – has a sweet love story behind it as it was erected by a husband to honour his wife’s work.

When his wife died, the man didn’t want to simply put her work away in storage so he opted to have a unique space to display it.

Sadly, he has now also passed away and the place is up for sale.

Located in the regional Victoria town of Tyldon, the design of the uniquely shaped building resembles the steel-clad sheds typical in Australian homes.

But the shed has its own quirks, to separate it from any other storage space.

Designed by Melbourne architects Peter Hogg and Toby Reed, the area was created to rethink the ordinary art studio.

They created the arrow in a way that light is projected through timber slats at each end and lights up the garden. 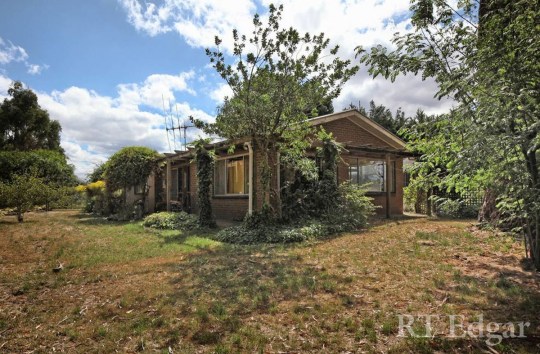 You’ll get a three-bedroom country home with the offer (Picture: RT Edgar)

Realtors from RT Edgar are selling the property on behalf of the children of the couple who originally lived there.

The arrow remains for a buyer who can continue using it to display art.

A description of the property says: ‘The design sought to emulate the steel-clad country sheds that are typical across Australia.

‘At night the arrow projects light through the timber slats at each end and lights up the garden like a cinema projection booth in a field.’ 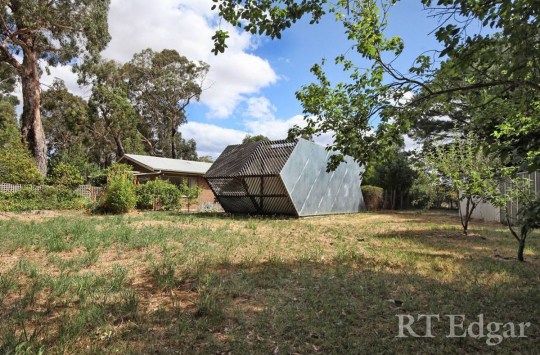 The husband of an artist had it made (Picture: RT Edgar)

They added: ‘The galvanised sheets overlapped diagonally form a second skin which helps insulate and protects the ply from the harsh conditions.’

Within the arrow room, there are no walls so buyers can also use it for arts purposes or for storage.