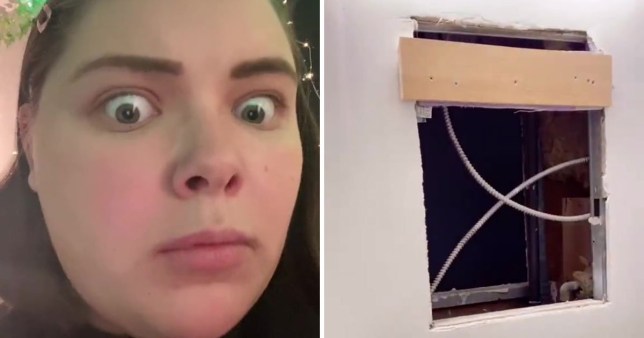 If you’re on TikTok, you have probably noticed that all Americans seem to have the same bathroom.

And since we discovered Samantha Hartsoe – who had a whole apartment behind her bathroom mirror – another woman has made a similar discovery.

Erin Smith, whose toilet looks almost identical to Samantha’s, shared videos of her own home in New York.

Realising that their bathrooms were the same, Erin wanted to check what was behind her mirror.

She waited until her roommates were home and it was day time to explore.

While Erin’s reveal was more anti-climatic than Samantha’s, she did indeed find that the hidden bit behind her mirror was a broken bit of wall.

Behind the mirror was pipes and what appears to be a foam wall.

Erin and her roommates used a torch to see how far they could see and whether there was more space behind the wall.

One of them joked they would find drugs or the Candyman.

Erin was inspired to investigate her own bathroom after seeing Samantha’s viral videos.

In it, Samantha found a whole two-floor apartment. Samantha posted four different video parts, with one of them gaining 13 million views.

One of the clips showed her squeezing into the bathroom hole and wearing a make-shift torch to explore the hidden apartment. 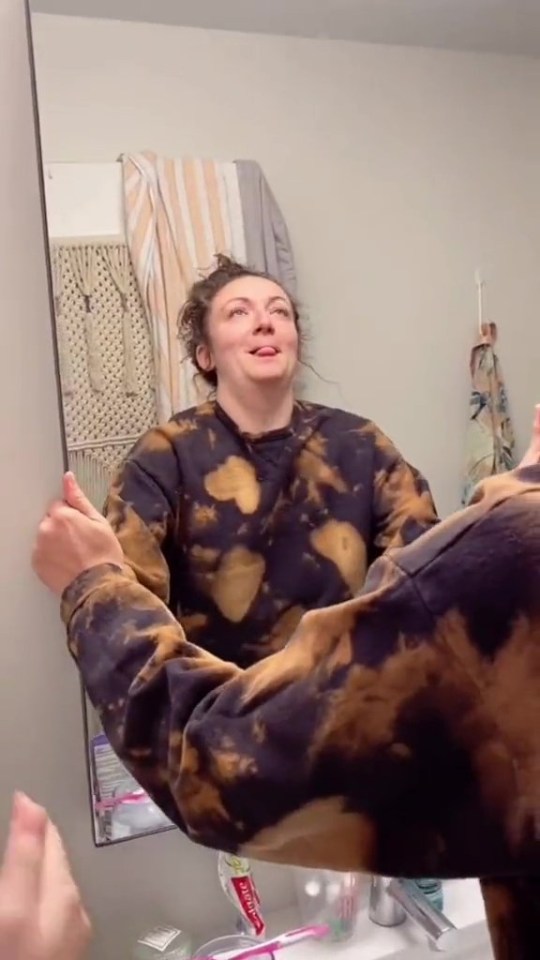 After seeing the TikToks, Erin realised that they were potentially living in the same building.

She then added her own clips, taking the mirror down to see what was hidden behind it.

Erin told her viewers: ‘Let’s do it,’ before taking it down. ‘Oh, ew, it’s nothing,’ she followed up. ‘We’re going on an adventure to explore the other side. There’s pipes, there’s a hole down there.’ 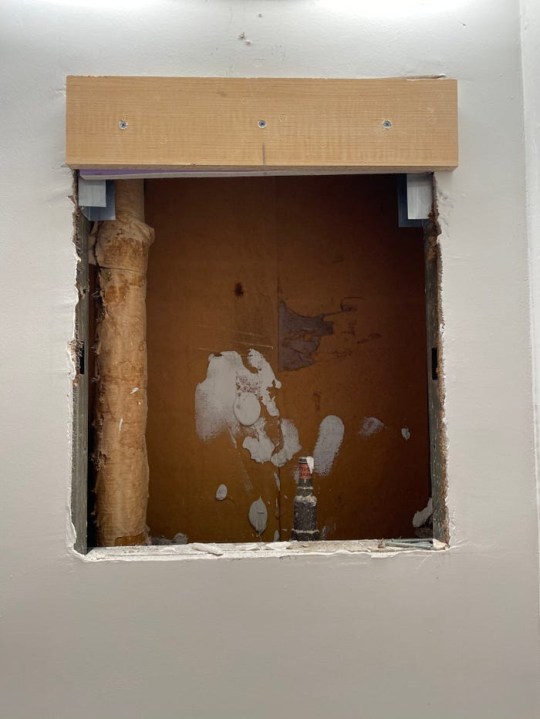 Erin teased viewers and said she’d be doing a follow-up video to show what else they found.

If you’re living in a NYC apartment, maybe check behind the mirror?