RISHI Sunak extended a stamp duty holiday until September – but first-time buyers will still be able to cash in on a tax break even after it ends.

The Chancellor’s tax holiday sees the land duty scrapped on the first £500,000 of a property until June for everyone, including second-steppers and those looking to downsize. 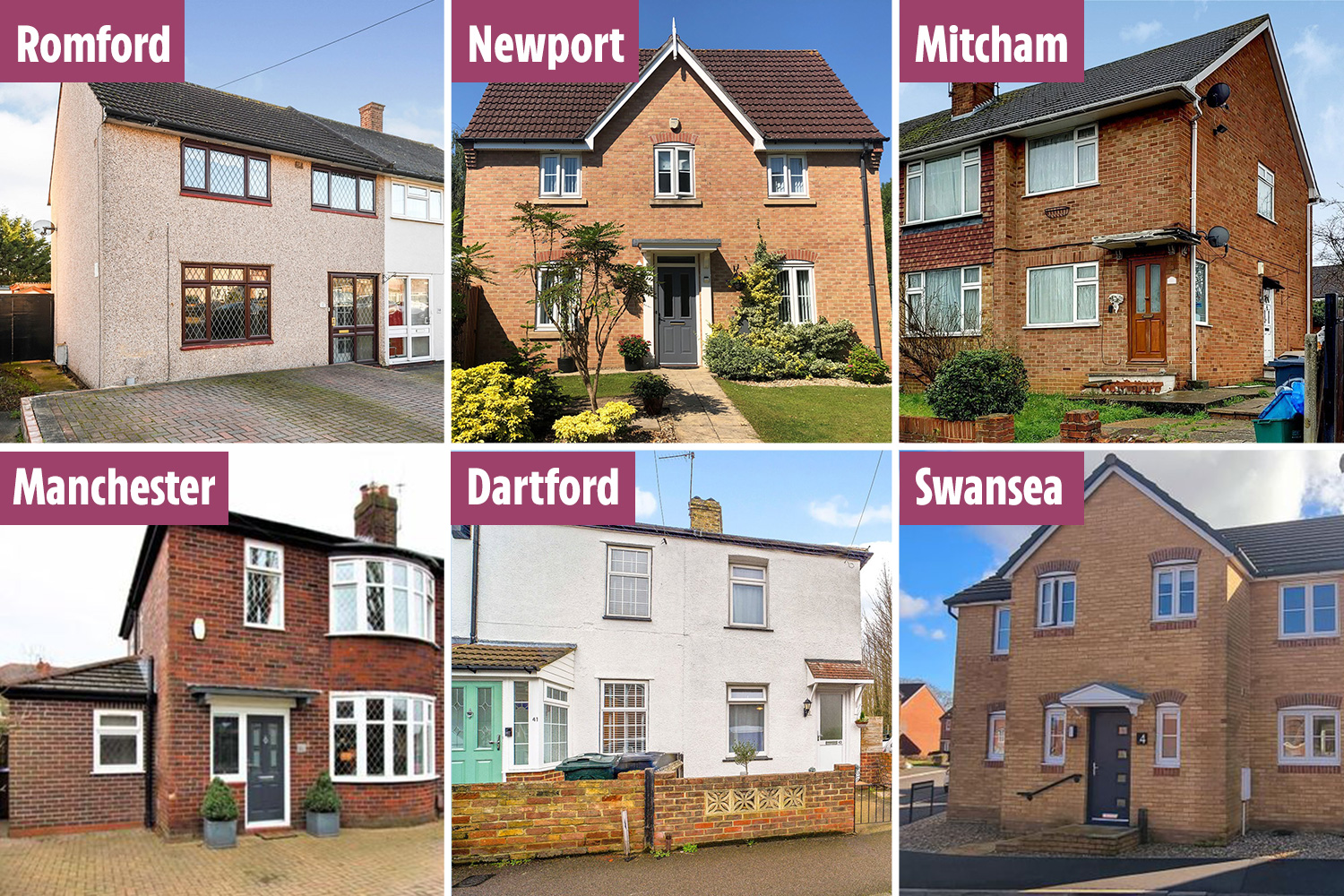 First-time buyers are exempt from stamp duty on properties worth up to £300,000

But first-time buyers are actually exempt from paying stamp duty on property worth up to £300,000, regardless of the temporary tax break.

It was an initiative introduced in the 2017 Autumn Budget by the then-Chancellor Philip Hammond. It was then extended to shared ownership properties.

What is stamp duty?

STAMP duty land tax (SDLT) is a lump sum payment anyone buying a property or piece of land over a certain price has to pay.

Up until July 8, most house-buyers in England and Northern Ireland had to pay stamp duty on properties over £125,000.

The Chancellor extended the help until September in his Spring Budget.

The holiday will last in full until June, before being reduced to £250,000 from July.

The rate a buyer has to fork out varies depending on the price and type of property.

Rates are different depending on whether it is residential, a second home or buy-to-let, or whether you’re a first-time buyer.

The usual system in England for residential properties means:

For second homes or buy to let properties:

Stamp duty rates are different in Scotland and Wales.

Currently, no deadline has been set for the first-time buyer scheme to end.

According to Zoopla’s mortgage calculator, buyers can expect to pay around £1,144 in mortgage repayments for a £300,000 home.

This is based on putting down a 10% deposit for a 25-year fixed-rate deal.

Of course, there are multiple factors that can affect your mortgage, including your credit history, how much you earn and your other outgoings.

Gráinne Gilmore, head of research at the property portal said: “If you’re a first-time buyer looking to get on the property ladder, you’re in a good position.

“Although the extended stamp duty holiday ends on September 30, first-time buyers will still be able to make a saving after this date – paying no stamp duty on homes worth £300,000 or less.”

Here are eight properties that cost £300,000 that first-time buyers don’t need to pay stamp duty on: 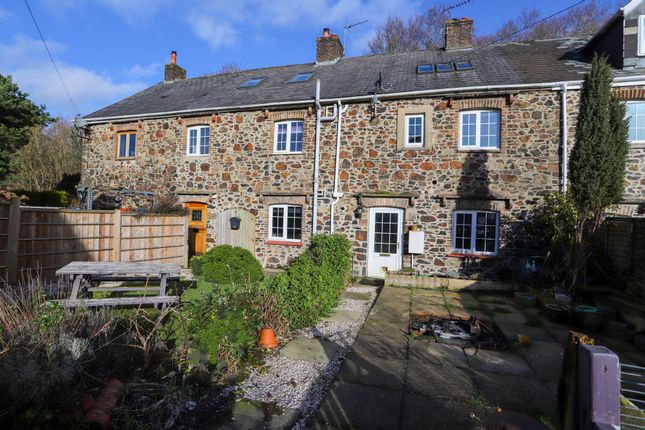 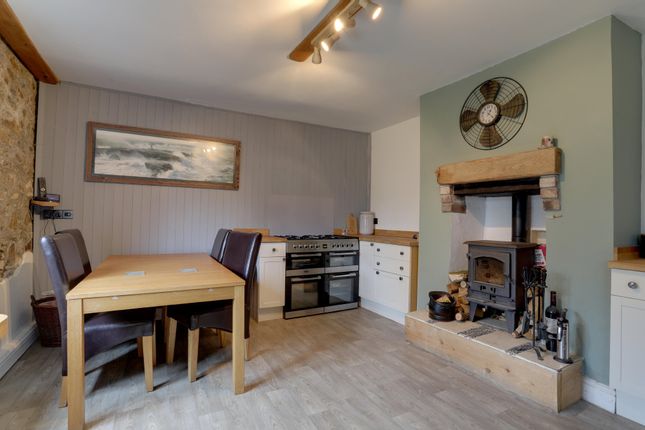 It has period features throughout as well as exposed beams

First-time buyers can get their hands on a three-bed terraced cottage in Newton Abbey in Devon without having to pay a penny of stamp duty.

There are exposed beams throughout the period property, as well as country-style kitchen.

It’s spread across three floors and has a decent sized garden, all for a £300,000 price tag. 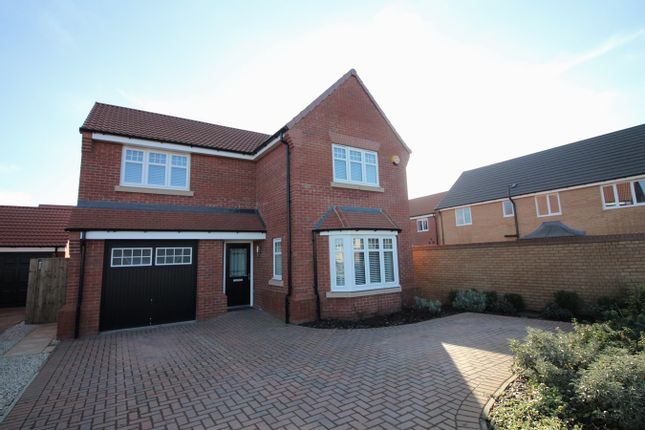 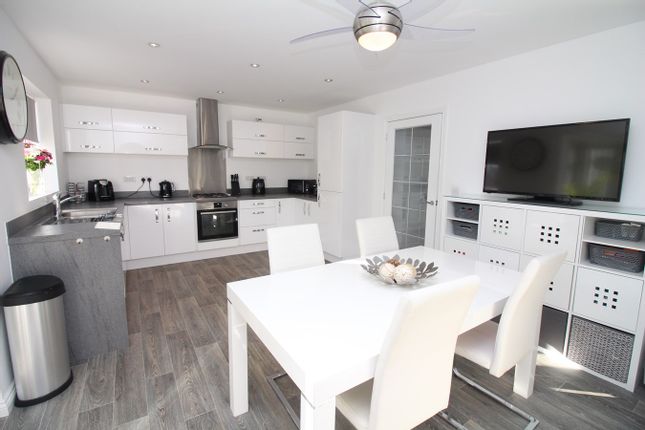 Buyers in Nottingham with a £300,000 budget can purchase a four-bed detached home in Hucknall.

The property comes with a garage and a drive way that features its own turning circle. 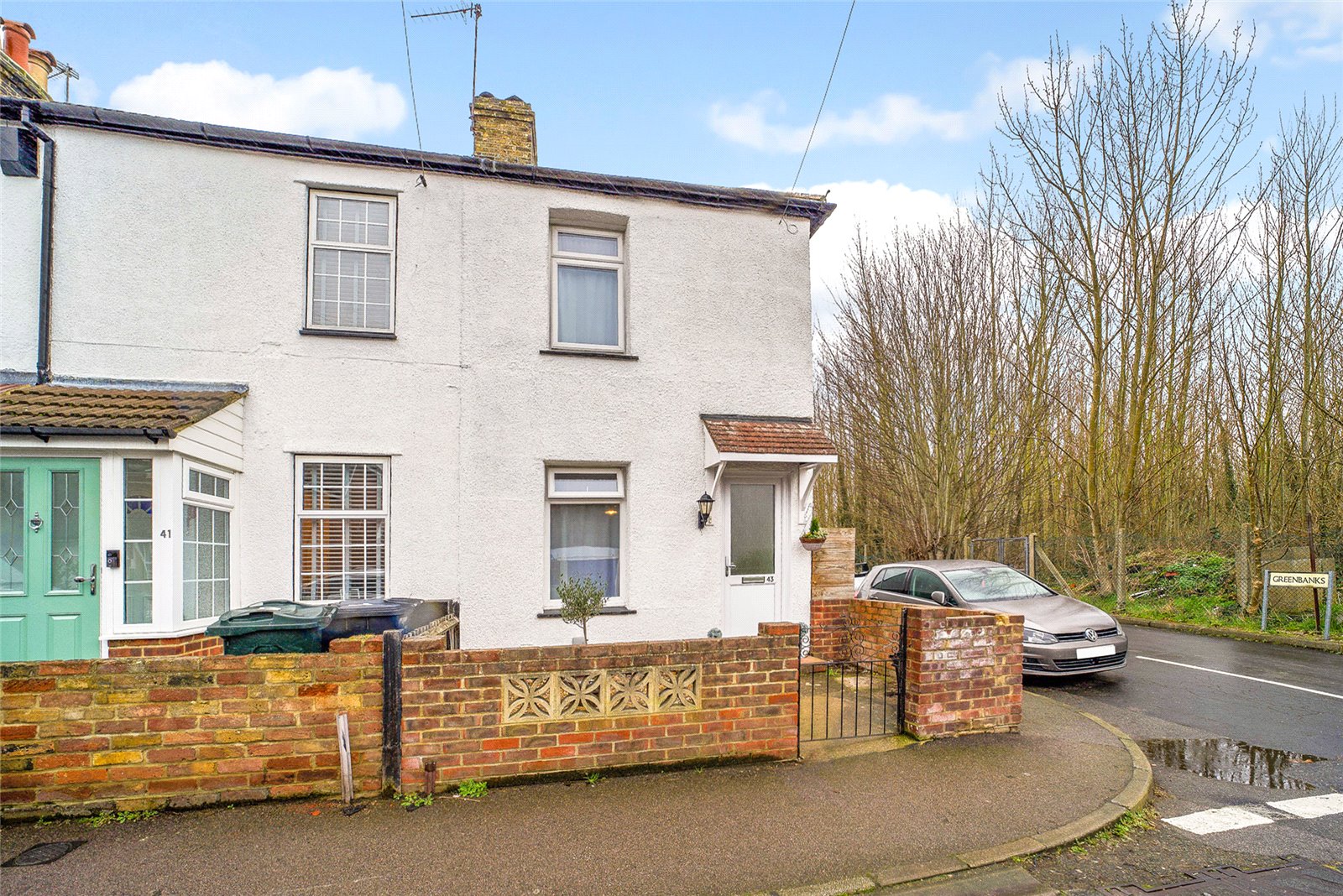 The semi-detached Dartford home has a south-facing garden 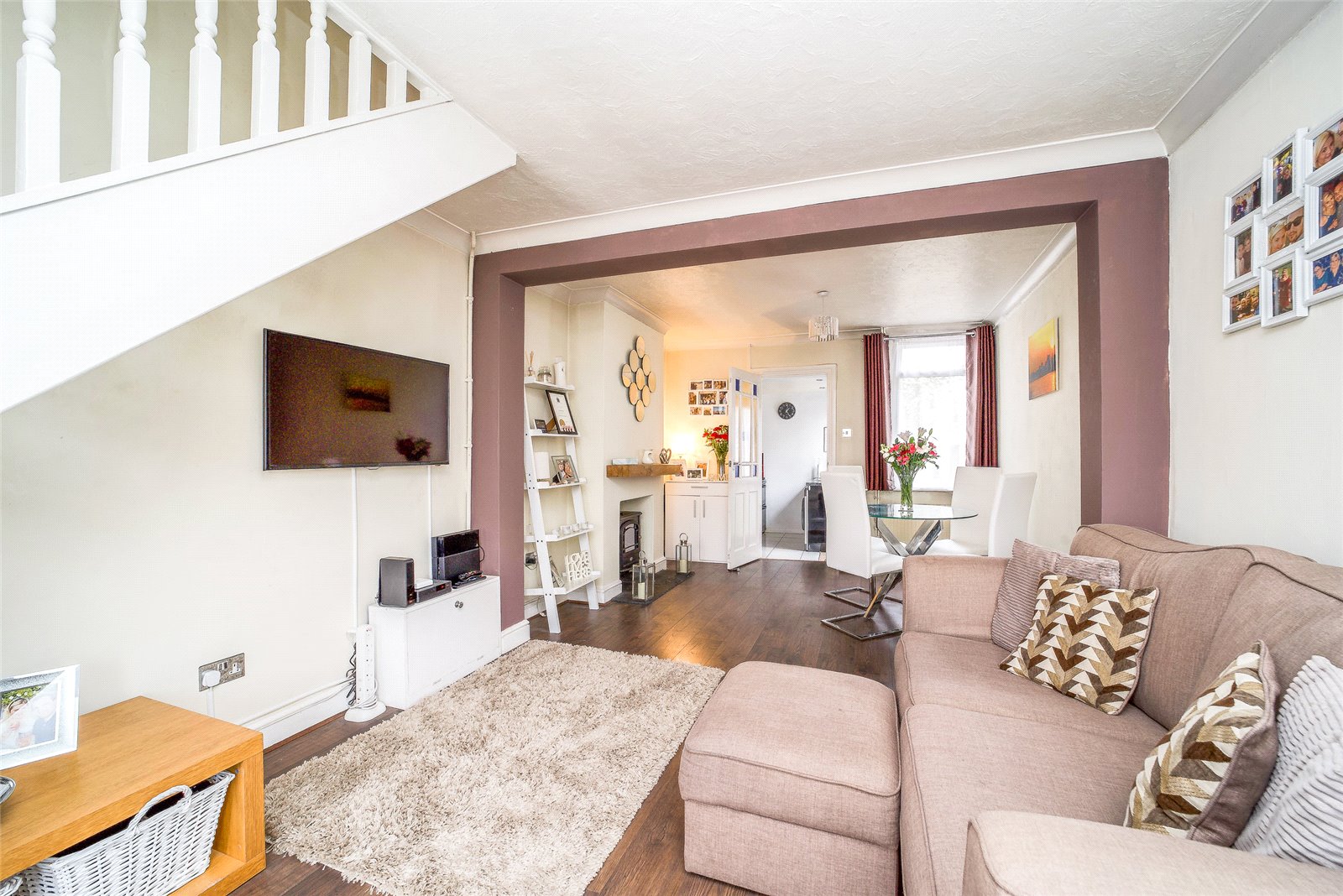 Inside the house has been decorated to a high standard

This two-bed home in Dartford, Kent, is in in the reach of first-time buyers who don’t want to pay stamp duty.

The end-of-terrace house opens up onto a long south-facing garden, meaning you’ll get plenty of sunshine in the summer months.

The house is freehold too but there is only on street parking, which may bother some buyers. 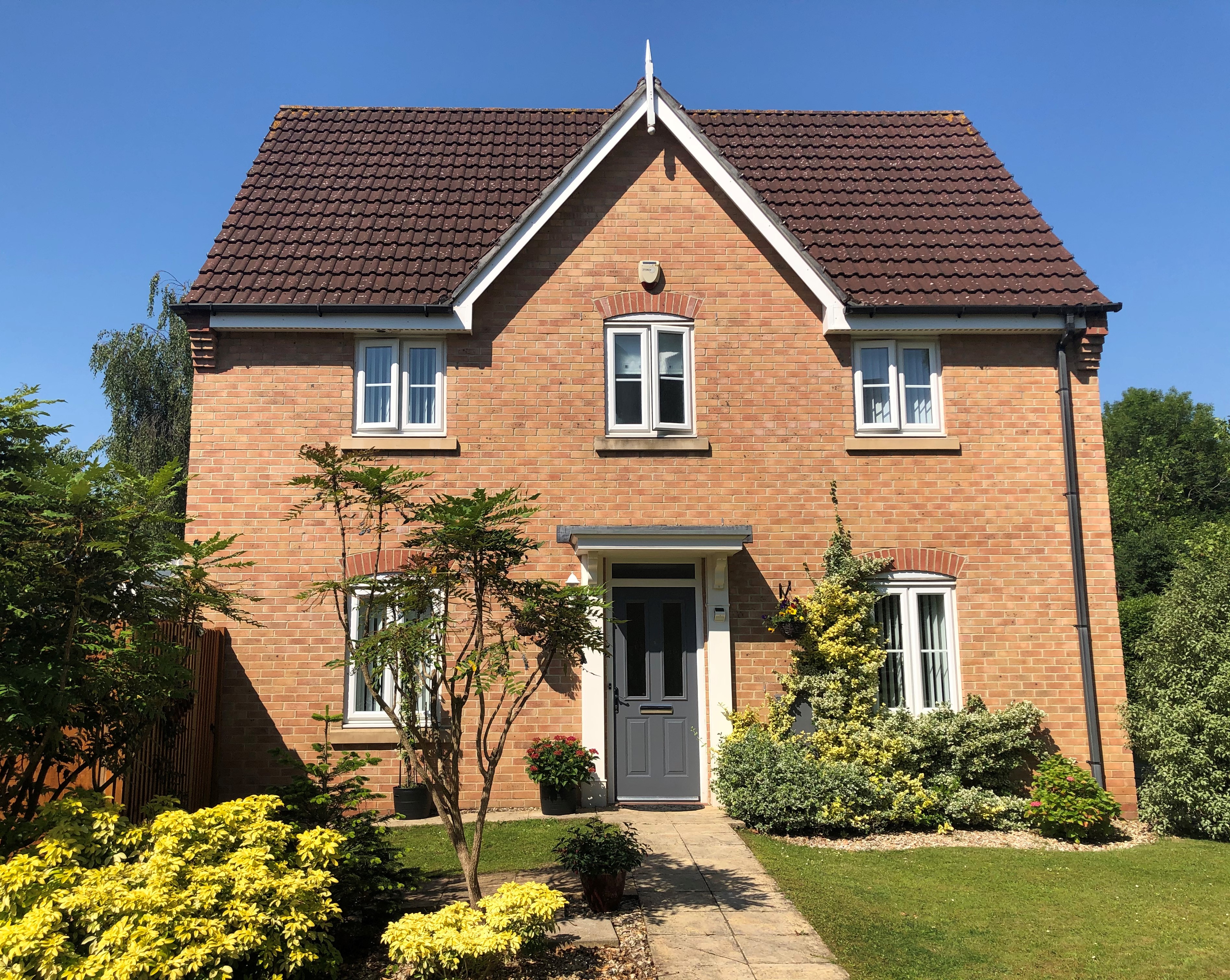 The detached house in Newport has a front and rear garden 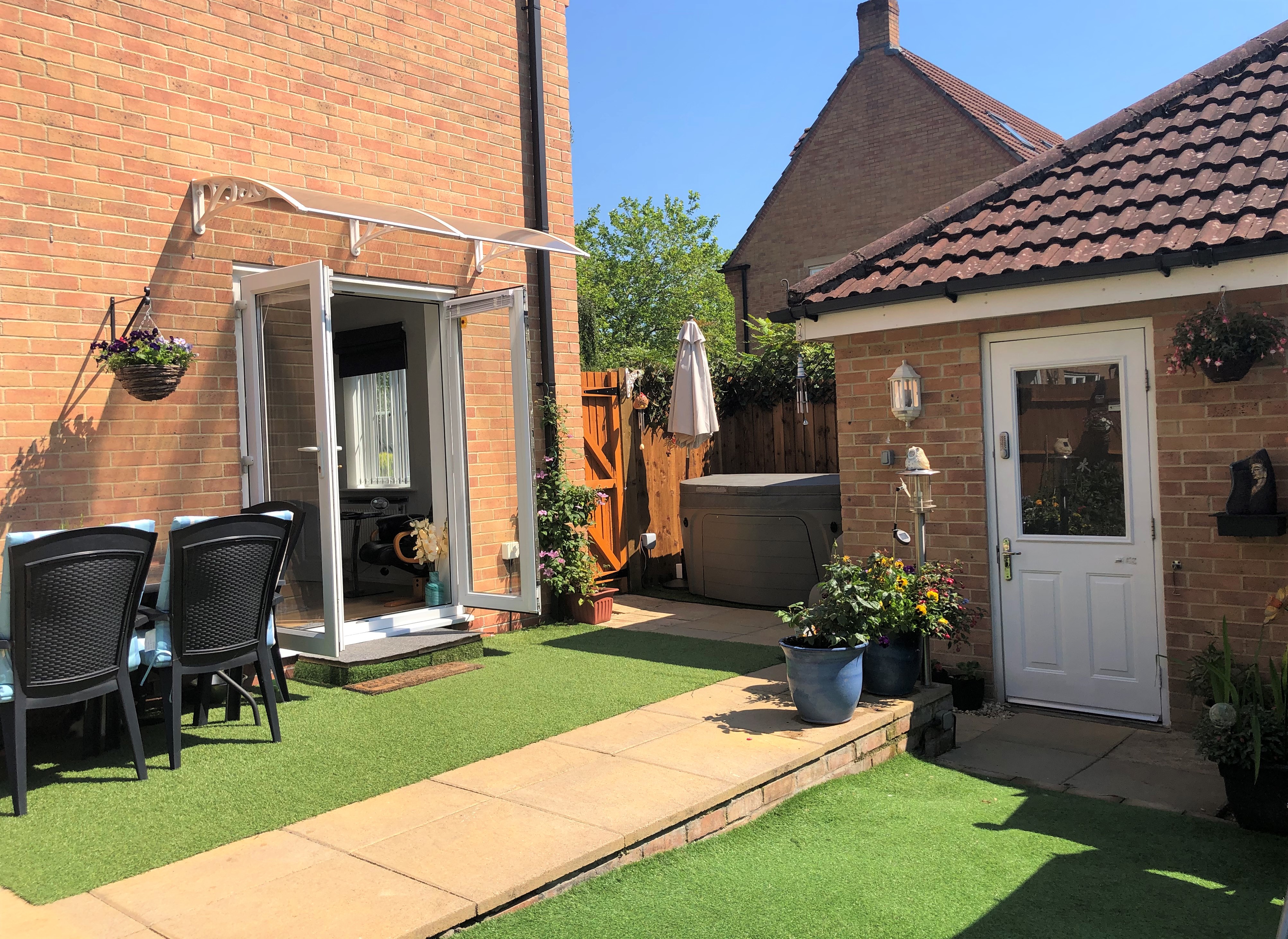 First-time buyers can get their hands on a three-bed detached house in Langstone, Newport, without having to pay land duty tax.

The freehold house has a private garden, a double garage and two bathrooms, one of which is an en suite for the master bedroom. 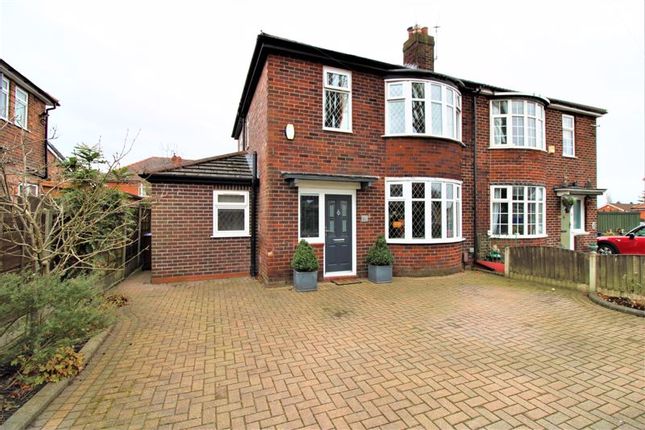 The three-bed home in Manchester is leasehold 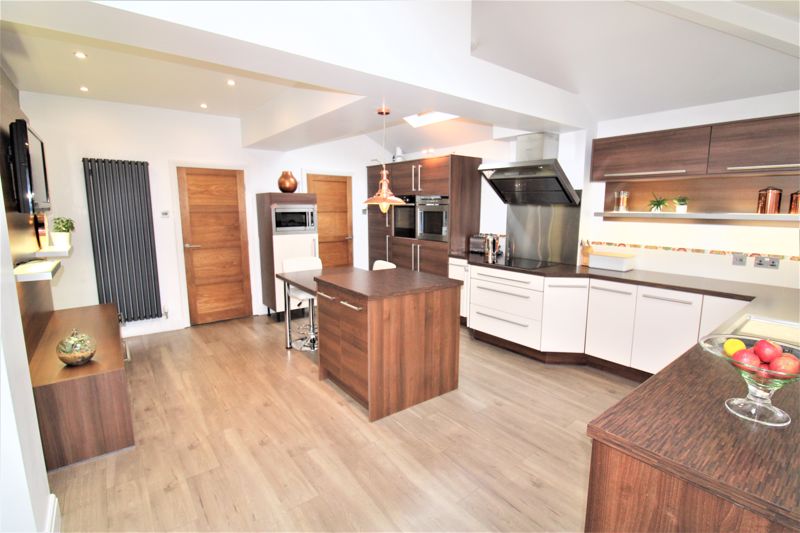 The house has been done up to a high standard

Head up to Manchester and first-time buyers are able to purchase a three-bed semi-detached house without having to pay stamp duty.

The house is decorated to a high, modern standard, so you’d be able to move in without having to carry out any work.

The only thing to be wary of is that it is leasehold, meaning you may have to pay ground rent.

It doesn’t say how long the leasehold is either, which is something you’ll need to consider before buying it as it may cost you huge amounts to renew it. 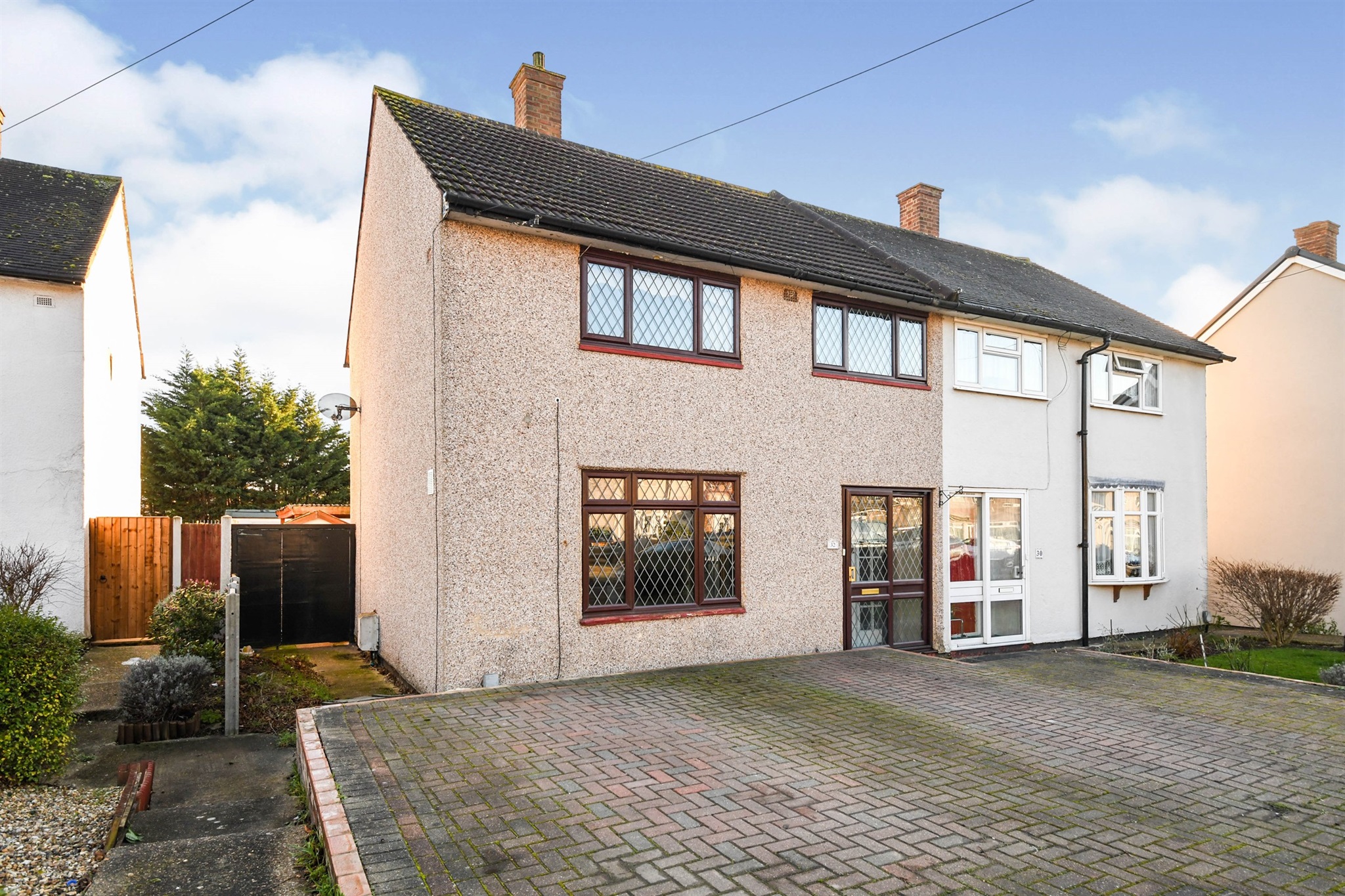 The house is being sold at auction, which could push it over the £300,000 threshold 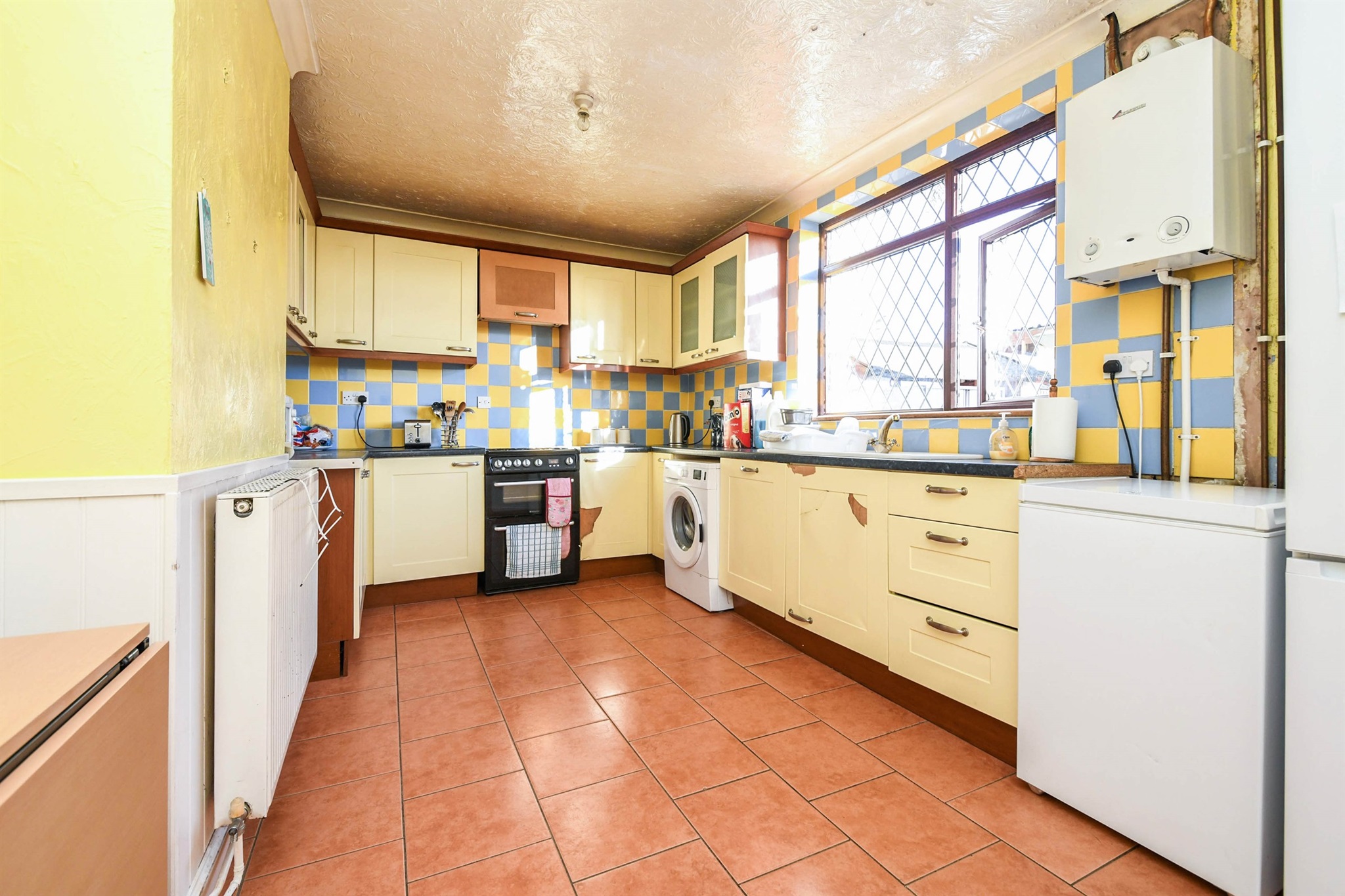 Buyers will need to factor in the auction house fees

First-time buyers can bag this three-bed home in Romford and still avoid having to fork out for stamp duty.

The house has no onward chain either, making it a quick sale if you decide to take it on.

But the house is being sold at auction with a £300,00 guide prices meaning that it’s likely to sell for more.

Plus, you’ll need to consider any extra buyers fees when making a bid. 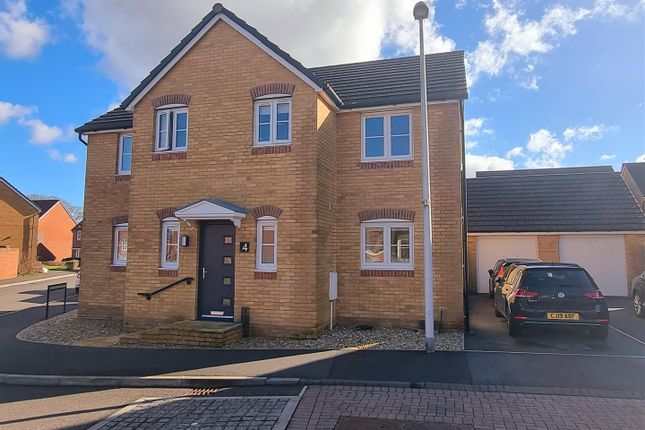 The Swansea home has already had £20,000 knocked off the asking price since January 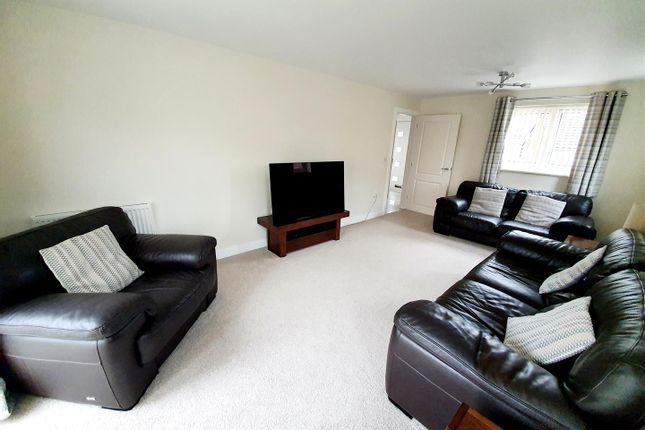 First-time buyers can snap up a five-bed home in Swansea without having to pay stamp duty – as long as it stays below the £300,000 guide price.

Situated in the Parc Penderi development, the family home was first listed in January this year for £320,000.

The seller has since knocked £25,000 off the price, indicating there may be more room for further negotiation. 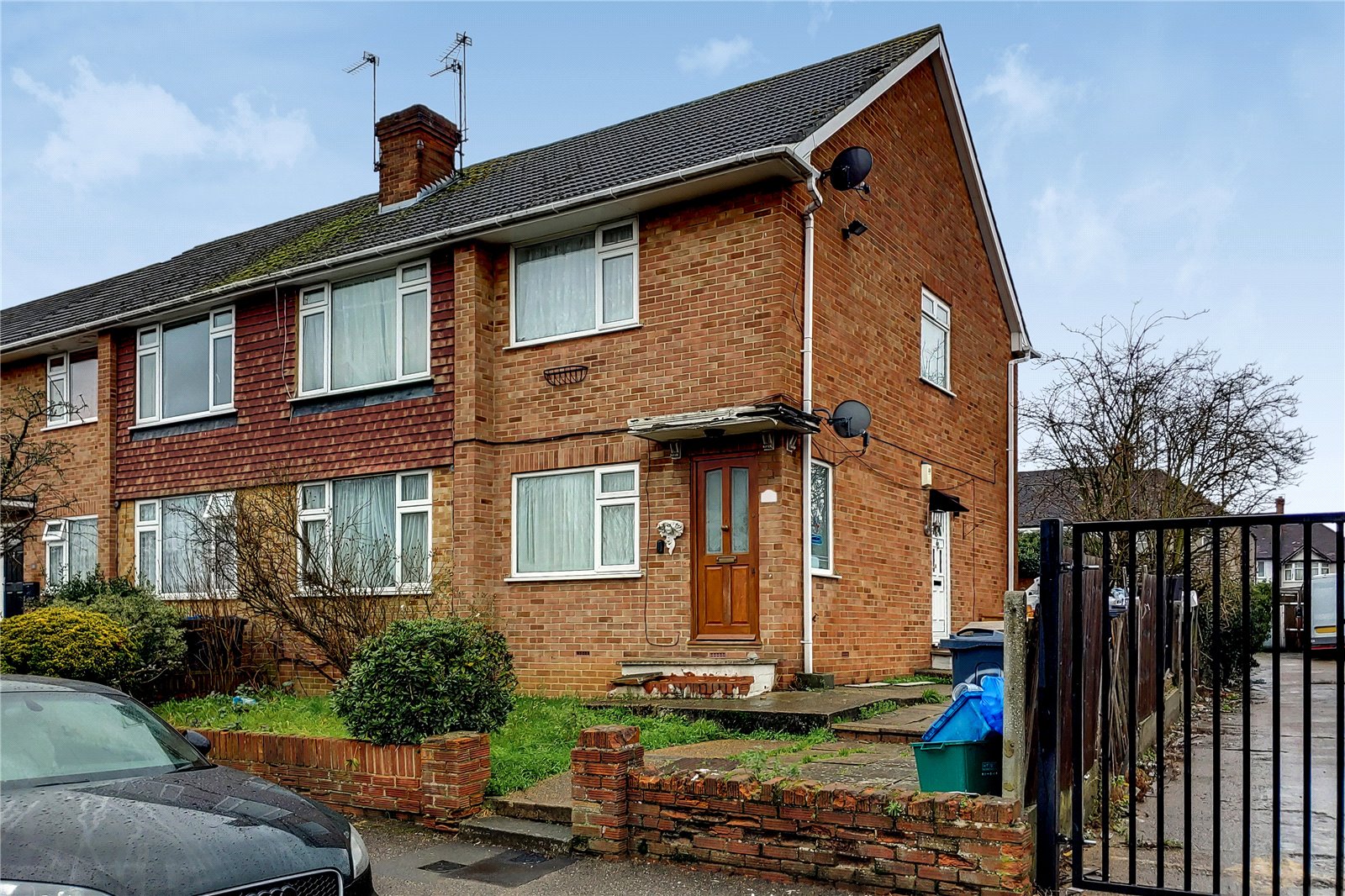 In Merton, first-time buyers can bag a two-bed home without having to pay stamp duty 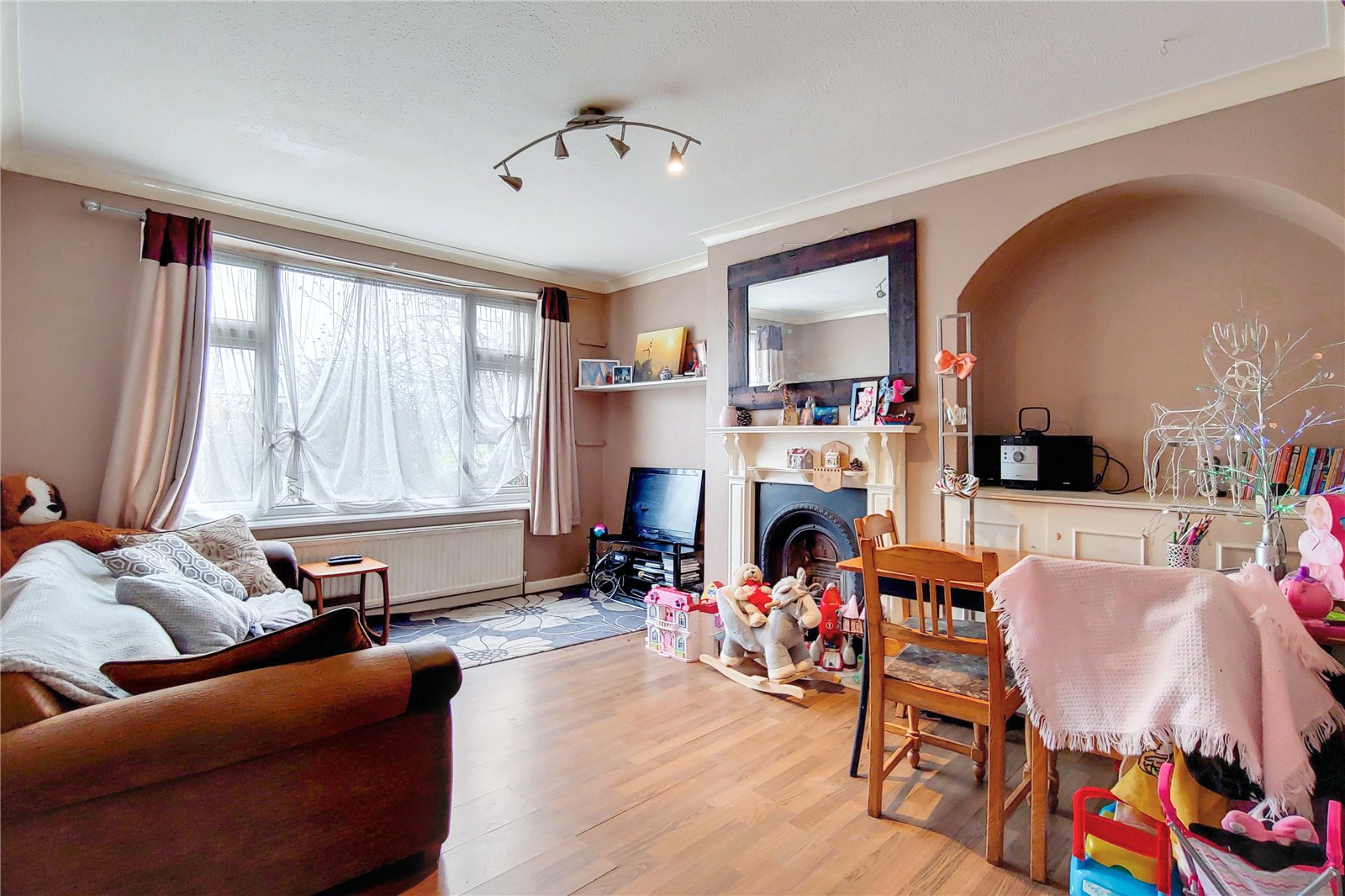 The house is currently being rented out

This two-bed house in Mitcham, South London, is on sale for £300,000, meaning first-time buyers won’t have to pay stamp duty.

The house is currently rented out to tenants, and although the new buyer could take it on with tenants in situ, first-time buyers won’t be able to claim the stamp duty relief on a buy-to-let property.

The house is leasehold too, which you will need to consider when making an offer on the house.

Rishi Sunak confirmed first-time buyers struggling to secure a mortgage will be able to get on the property ladder with just a 5% deposit.

The scheme will slash the minimum amount first-time buyers need to purchase their own home in half.

It will launch next month and will be available for new mortgages up to December 31 2022.

Homes Under the Hammer’s Martin Roberts blasts seafront property as ‘damp, tired and a right state’