BRITS can buy a new home and not pay any stamp duty on it even though the relief has ended if they house hunt wisely.

The stamp duty holiday for buyers in England and Northern Ireland ended in full at the start of this month, but you can avoid paying the tax even now if you buy a house under £125,000.

The government scrapped stamp duty on properties worth up to £500,000 in July last year.

The full relief ended in June this year, causing a house buying frenzy as budding homeowners raced to beat the deadline.

The relief didn’t end completely – it tapered off from July, with the tax-free threshold dropping to £250,000.

But the stamp duty holiday ended in full at the end of September, returning to its normal limit at £125,000 this month.

First time buyers, however, don’t have to pay the tax on homes costing less than £300,000.

But Zoopla has shared which 10 areas across the UK where you’re most likely to swerve paying stamp duty – even though the relief has ended.

This is because average house prices in these areas are below the threshold.

Zoopla’s list also includes areas in Scotland and Wales – you currently don’t have to pay the equivalent of stamp duty in these areas for properties below £145,000 in Scotland and £180,000 in Wales.

Stamp duty is known as land and buildings tax transaction (LBTT) in Scotland and land transactions tax (LTT) in Wales.

It means that you’d have to be up for relocating if you don’t already live in these areas.

We take a look at the kind of properties you can bag in these 10 locations. 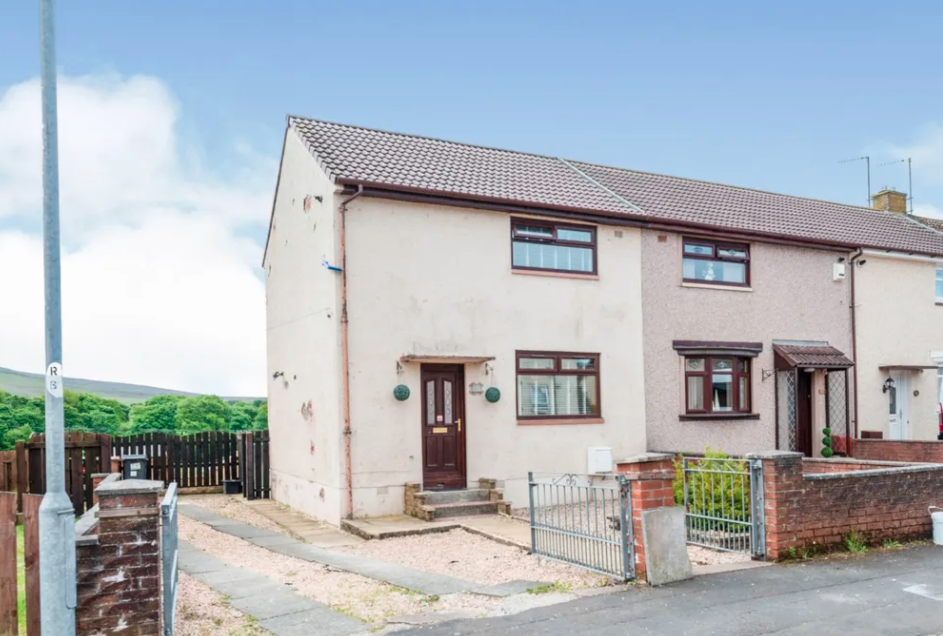 You could bag this home in East Ayrshire for £63,000Credit: Zoopla 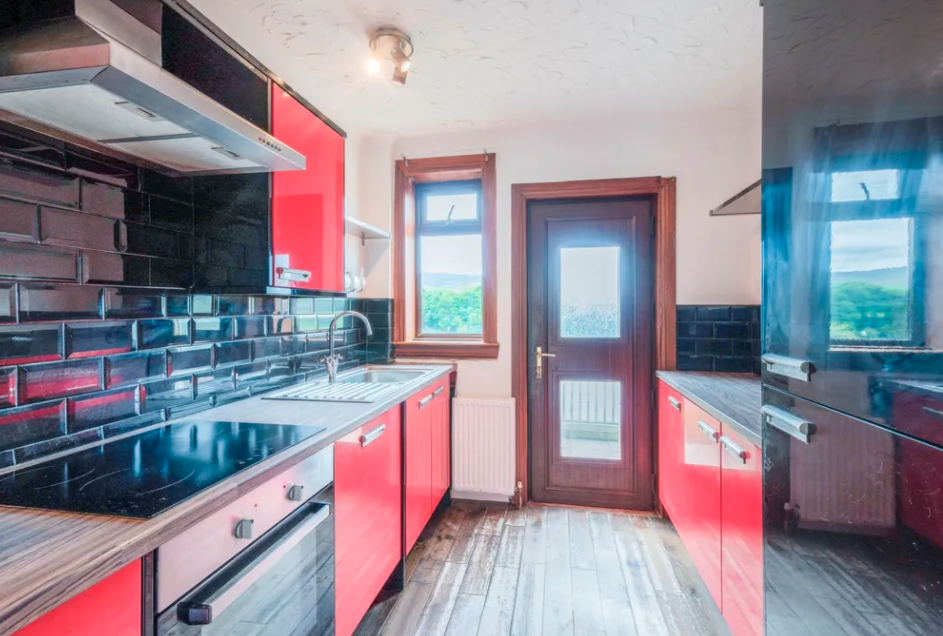 It comes with three bedrooms, a kitchen, a lounge and dining room and a bathroom

East Ayrshire in Scotland is the area where you’re most likely to avoid paying stamp duty on your home.

This is because average house prices here stand at £89,400 – that’s under half the cost of the average UK house price which currently stands at £265,668 according to the Land Registry.

The threshold is higher in Scotland – you don’t have to pay this tax on properties worth up to £145,000.

It comes with two bedrooms and one bathroom, as well as a lounge and dining area, kitchen and garden. 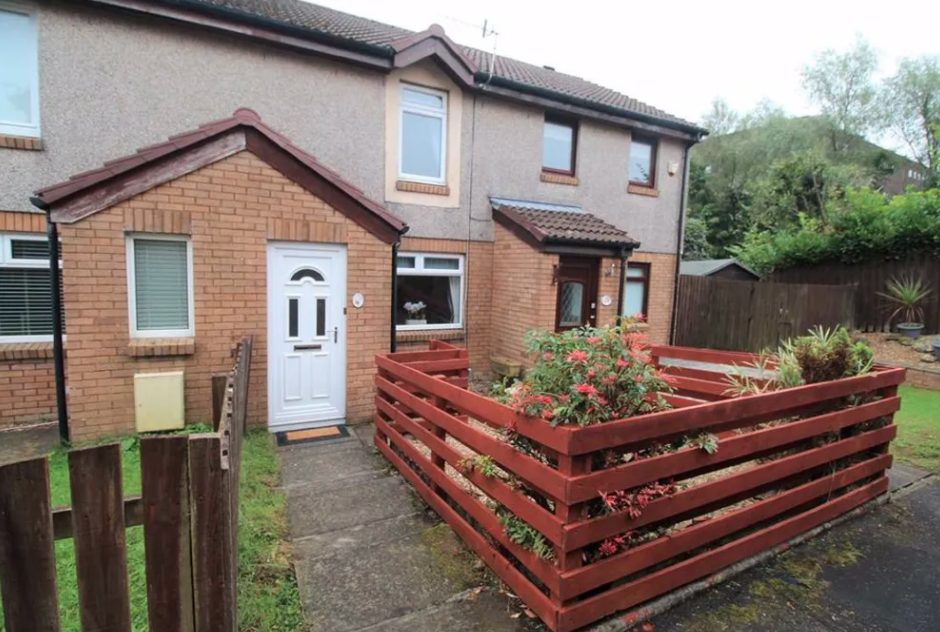 This house could be yours if you have over £10,000 already saved up

It also comes with a lounge, kitchen area, and bathroom.

At £108,000, you would swerve LBTT and could use the savings to do up the home to your liking. 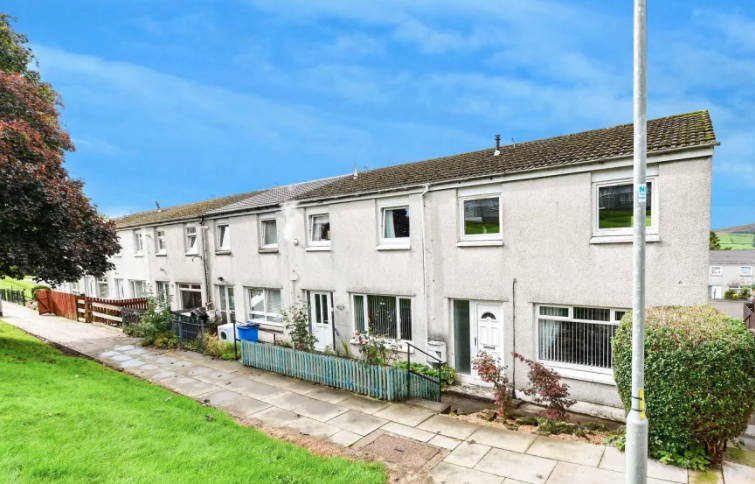 This home is even lower than the average house price in the area at £78,000 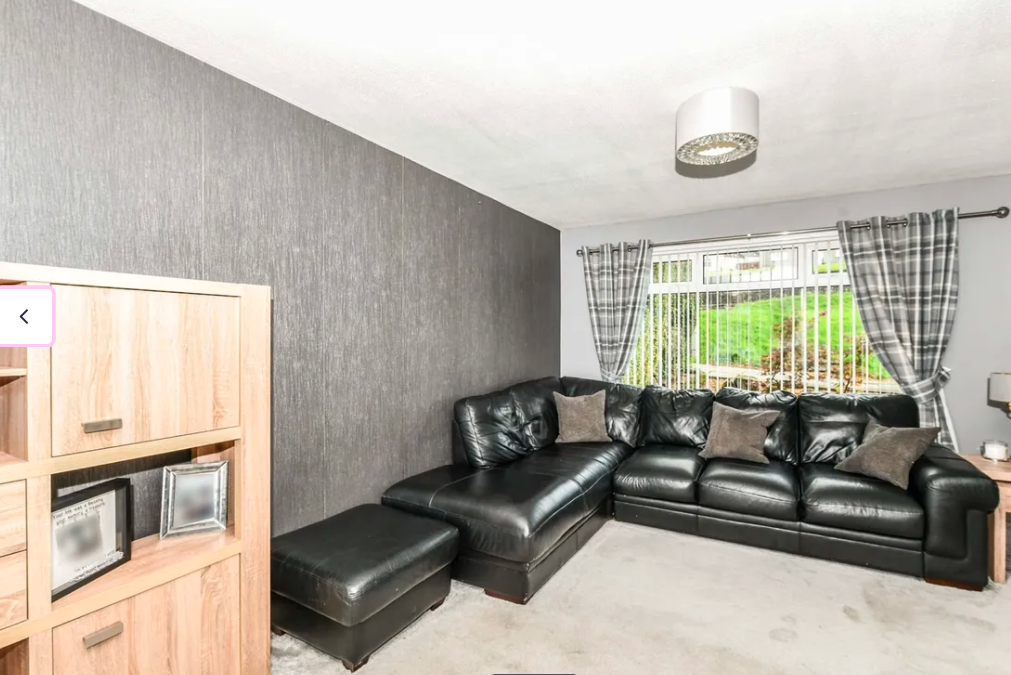 It lies west of the city of Glasgow, and the cost of property is much lower than the national average.

Some properties go for even less than this, including this £78,000 three-bed house in Alexandria.

It also has a bathroom, lounge and kitchen/dining area. 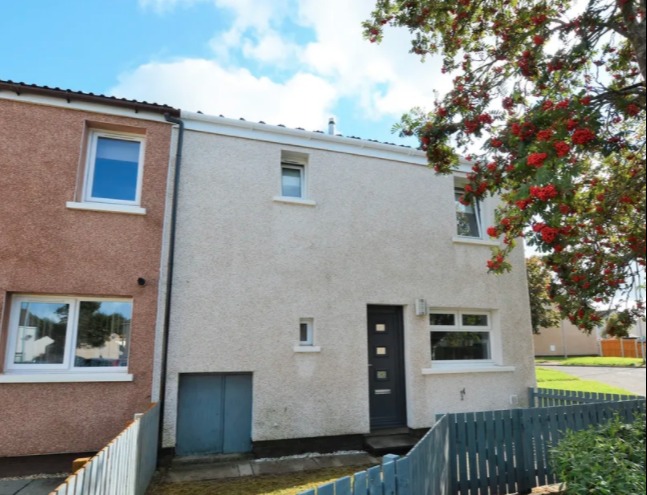 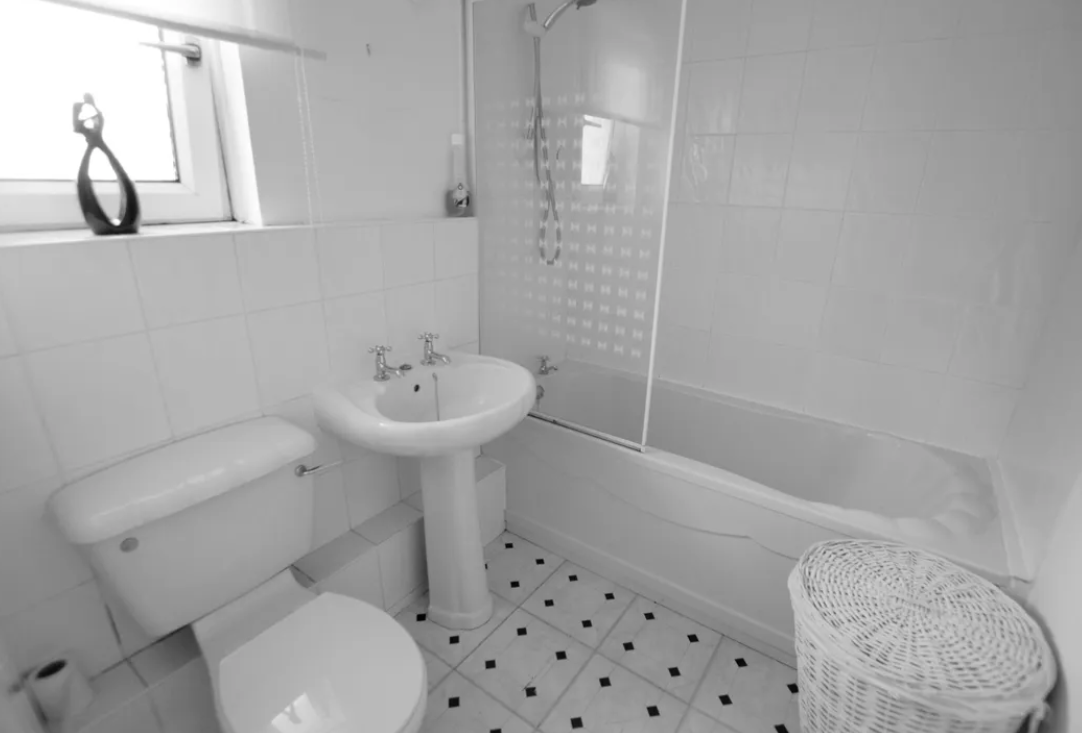 It comes with three beds, two bathrooms and a lounge area too

It means that you can grab a bargain and avoid paying Scotland’s LBTT fee on properties under £145,000.

This property in Irvine is going for even less than this at £83,000.

It comes with three beds, two bathrooms and a lounge area too. 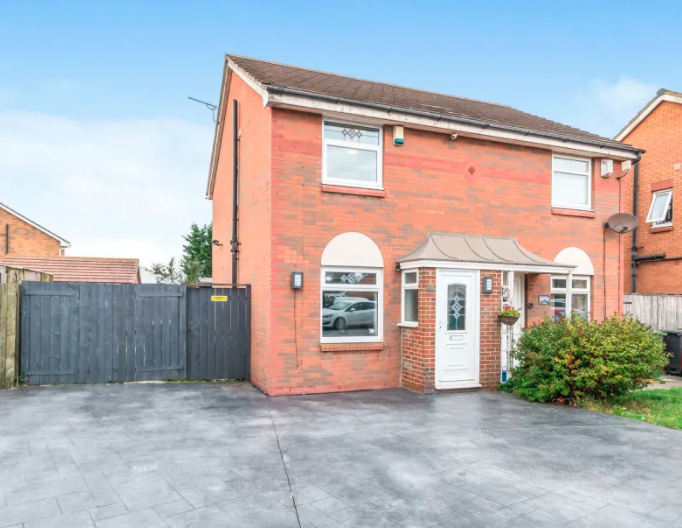 You could bag this red brick beauty for £95,000 in Hartlepool 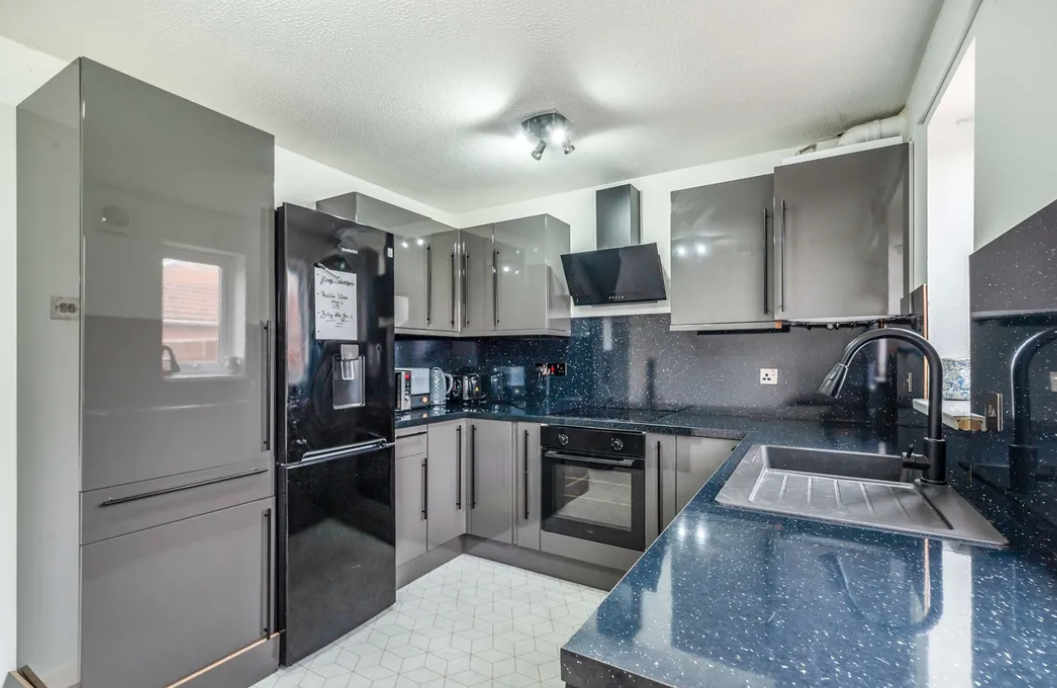 Hartlepool is the number one location in England where you’ll most likely avoid paying stamp duty.

Average house prices here are £101,000 – more than half price cheaper than the national average.

Looking for a house around here? You could bag this two-bed house for £95,000 – even less than what the average area in this area costs.

It comes with two beds, a bathroom and a lounge area.

6. City of Kingston upon Hull 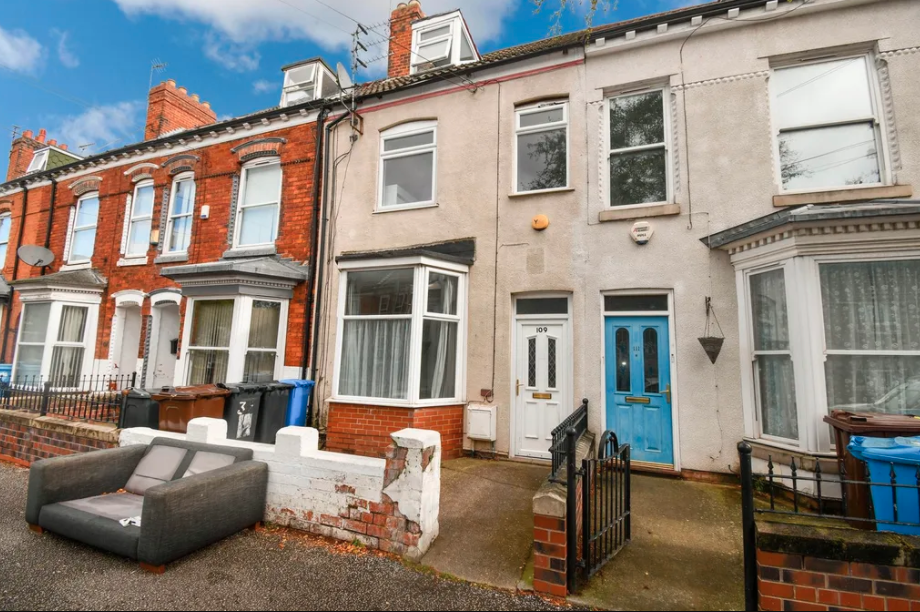 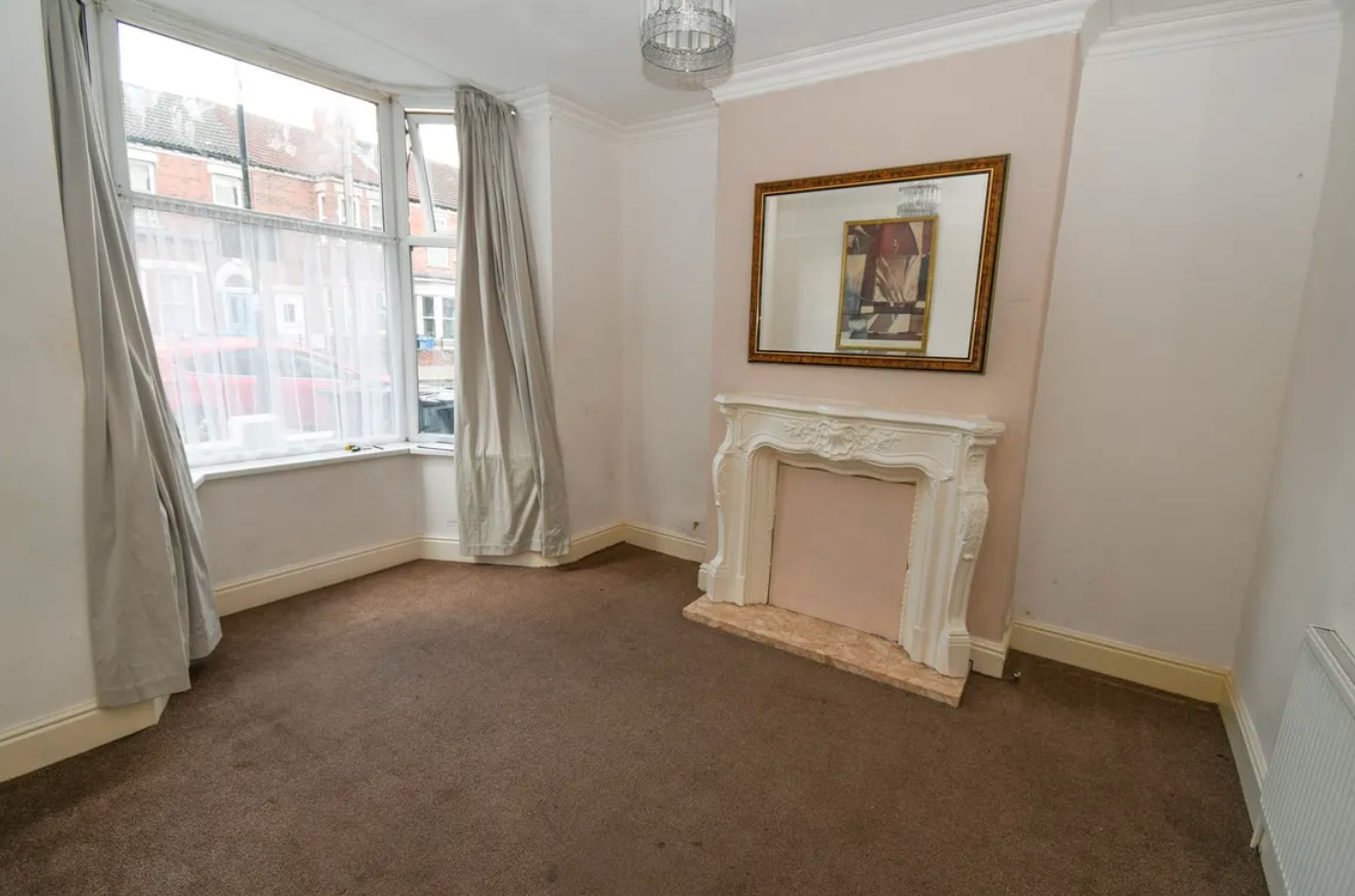 Up next is the City of Kingston upon Hull, where you’ll cough up an average of £102,000 for a home in the area.

It means that you’ll most likely avoid forking out for stamp duty with prices as low as this.

The house comes with three beds, a bathroom, and two reception rooms. 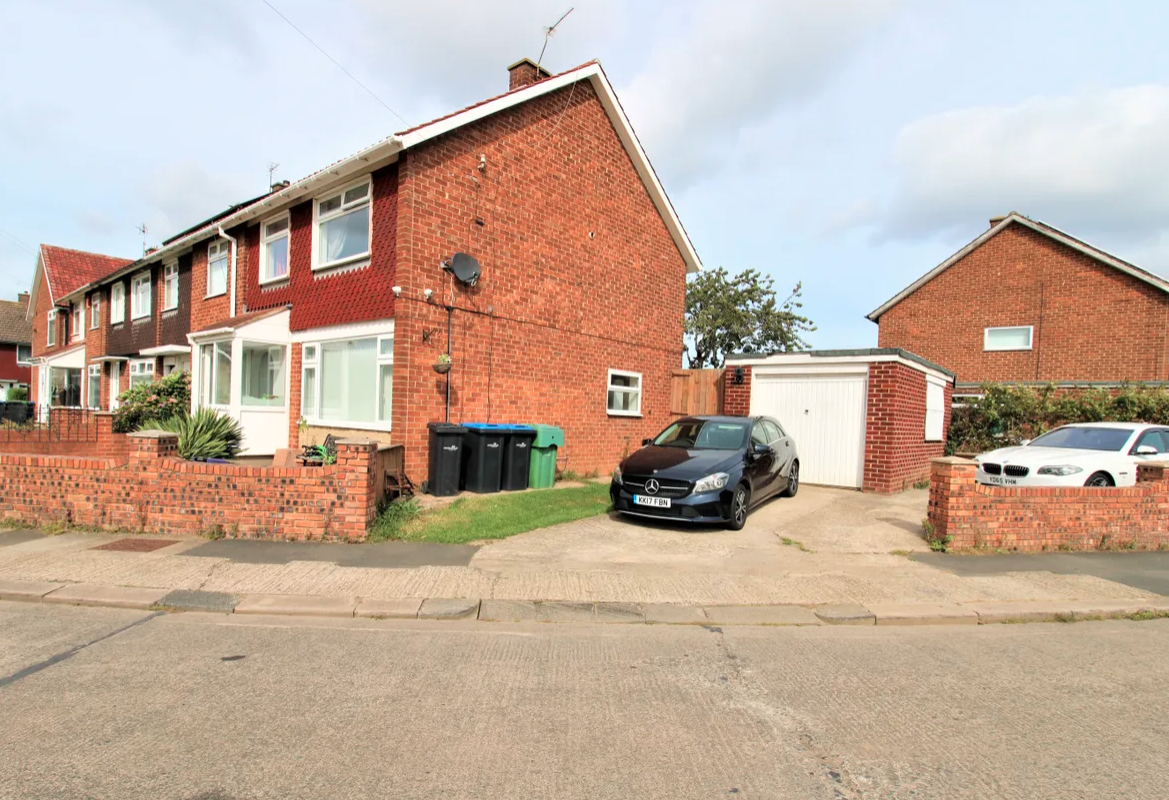 Bag this home and swerve paying up for stamp duty 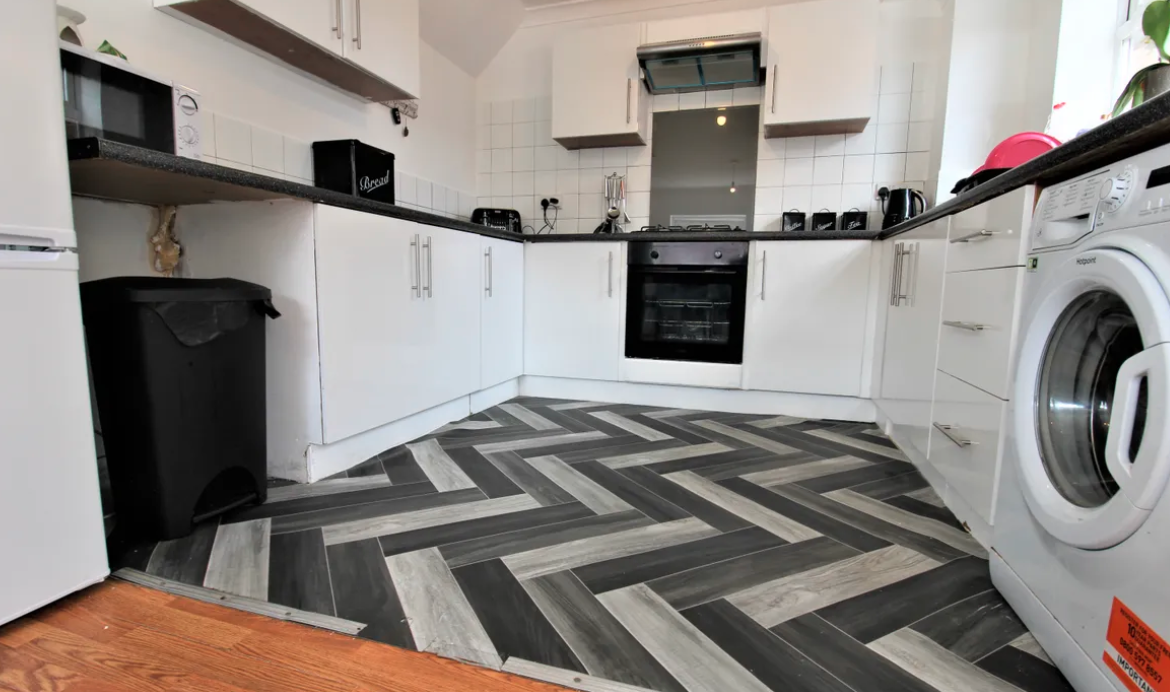 Move to Middlesbrough and you’ll most likely end up avoiding paying for stamp duty if you buy a home in the area.

Average house prices here stand at £102,300 – which means you’ll be safe from stumping up for the tax with these prices.

You could bag this three-bed home in the area for £110,000 -which although is a little pricier than the average, is still under the stamp duty threshold.

It also comes with a bathroom, kitchen and lounge – and there’s a garden too. 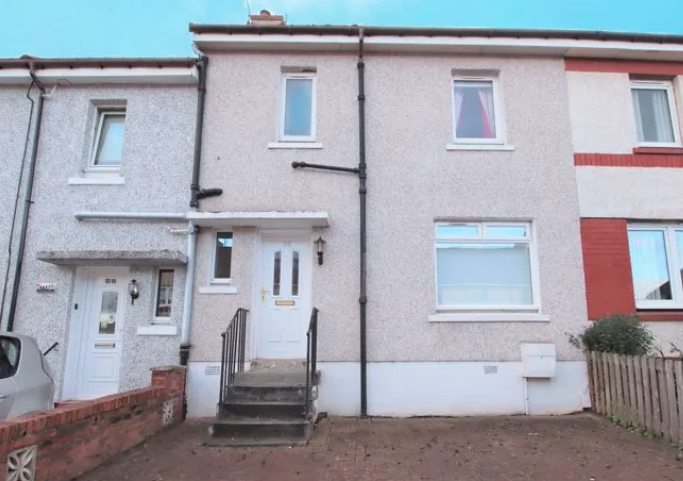 This property in North Lanarkshire could be yours for just under £95,000 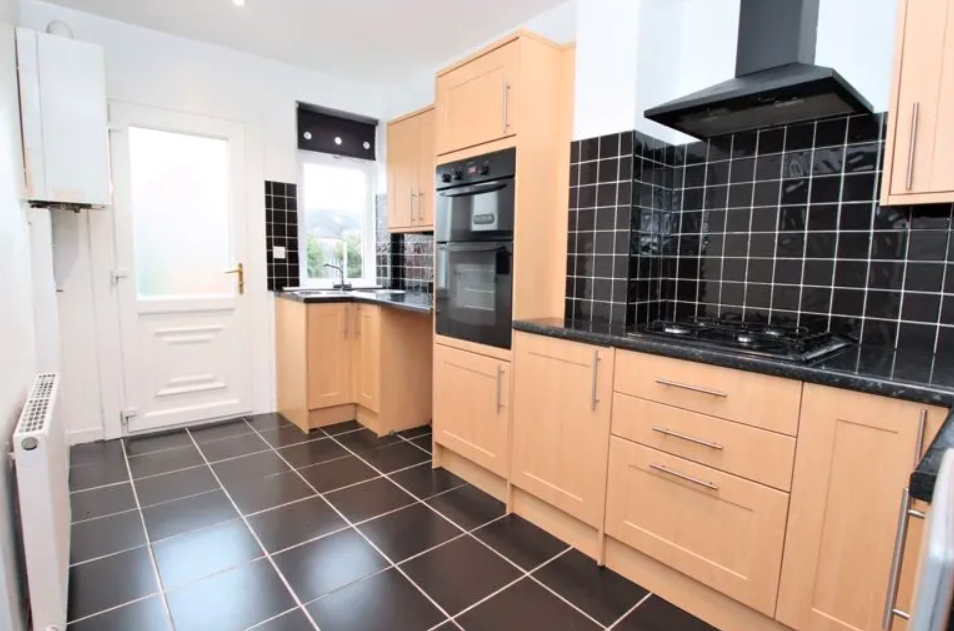 You’ll avoid paying LBTT on it, which is Scotland’s version of stamp duty

Head back to Scotland for the eighth location in the UK where you’ll most likely avoid paying stamp duty, in North Lanarkshire.

Keen to move? Make sure to stop by for a viewing at this three-bed house in Wishaw.

The house also comes with a kitchen, bathroom and two reception rooms. 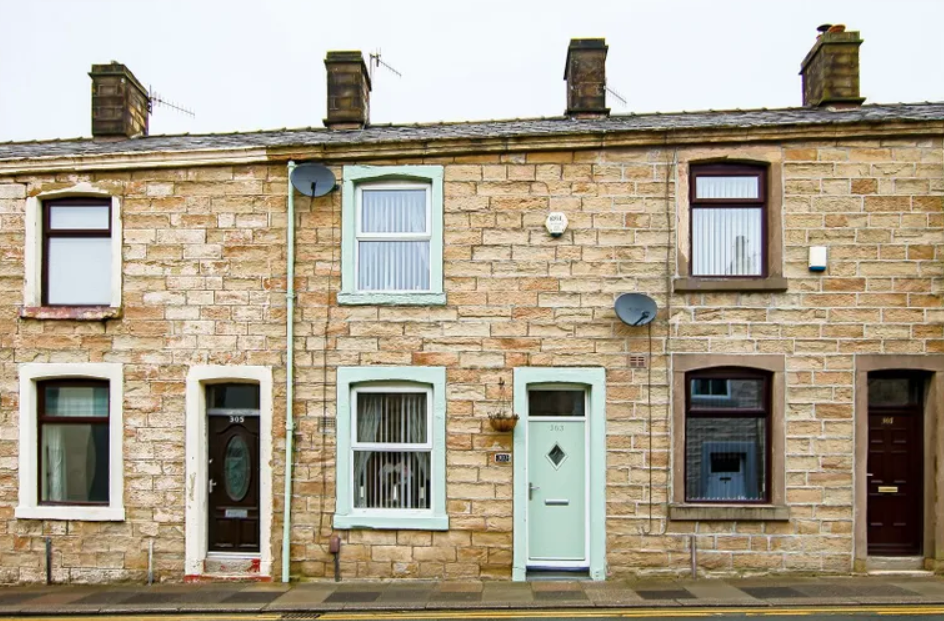 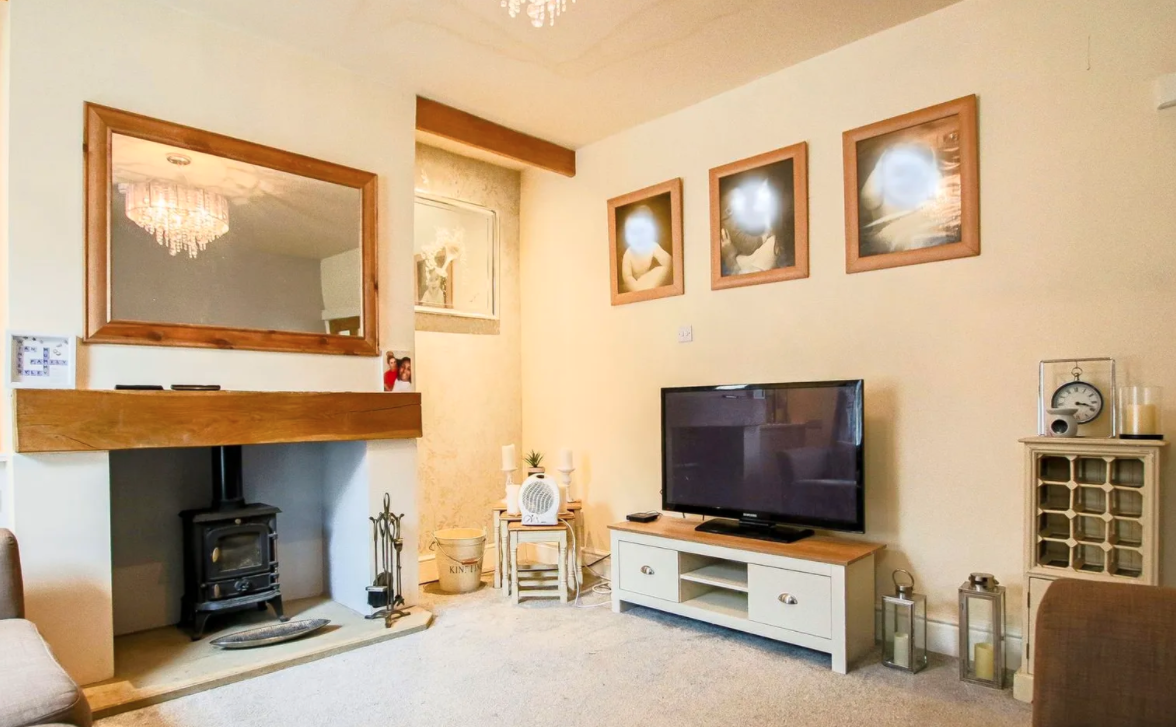 House buyers might want to head to Burnley District, in the north of England, for a bargain.

It comes with a bathroom, kitchen and lounge too. 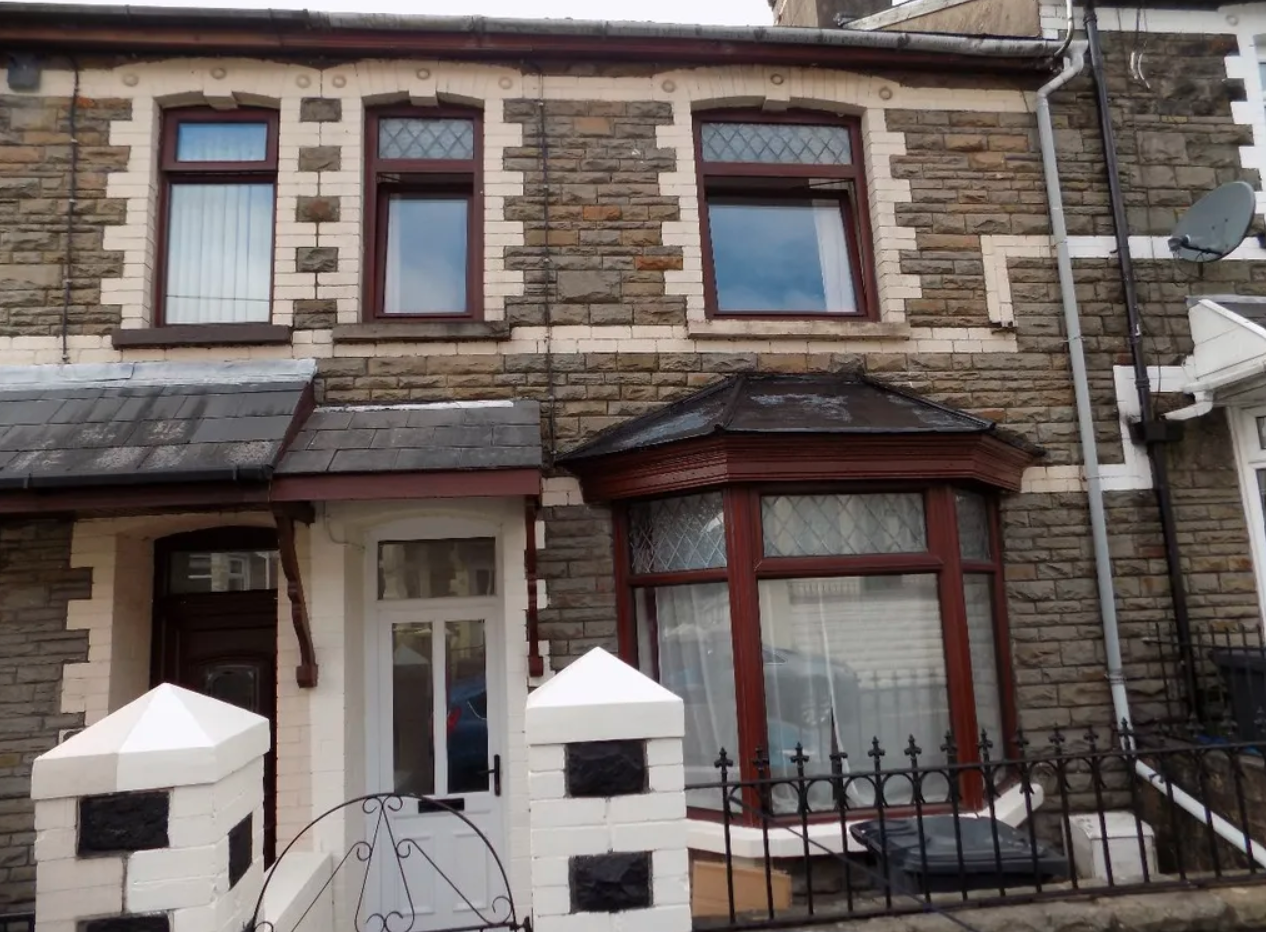 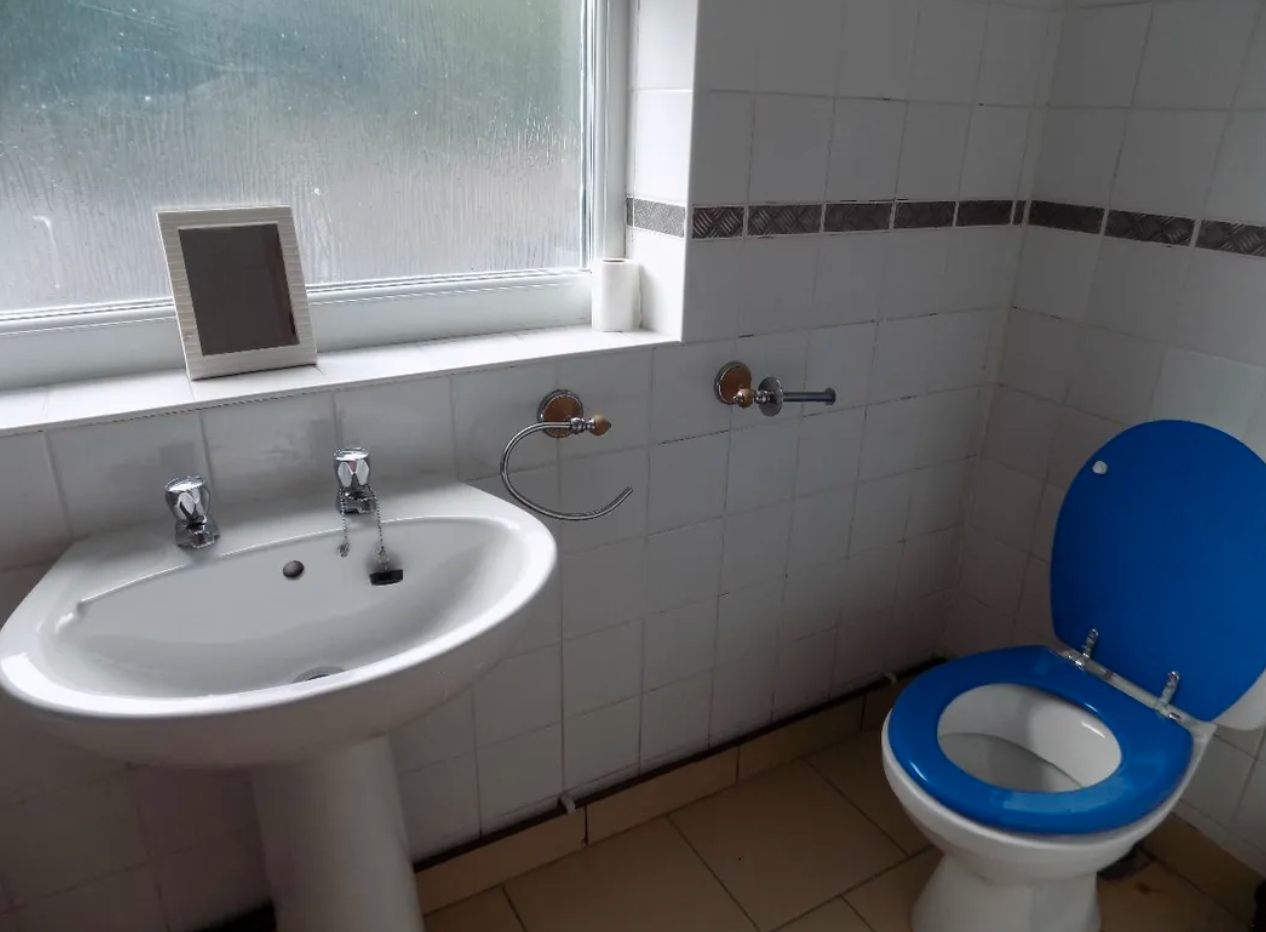 You can avoid forking out this tax on this £95,000 property

You’re more likely to avoid paying this fee if you buy a house in Blaenau Gwent.

This three-bed house is on the market for £95,000 in Abertillery.

It also has a bathroom and two reception rooms.

Handyman, 51, jailed for life after murdering doctor and her daughter, 14, after claiming ‘spirits’ killed them 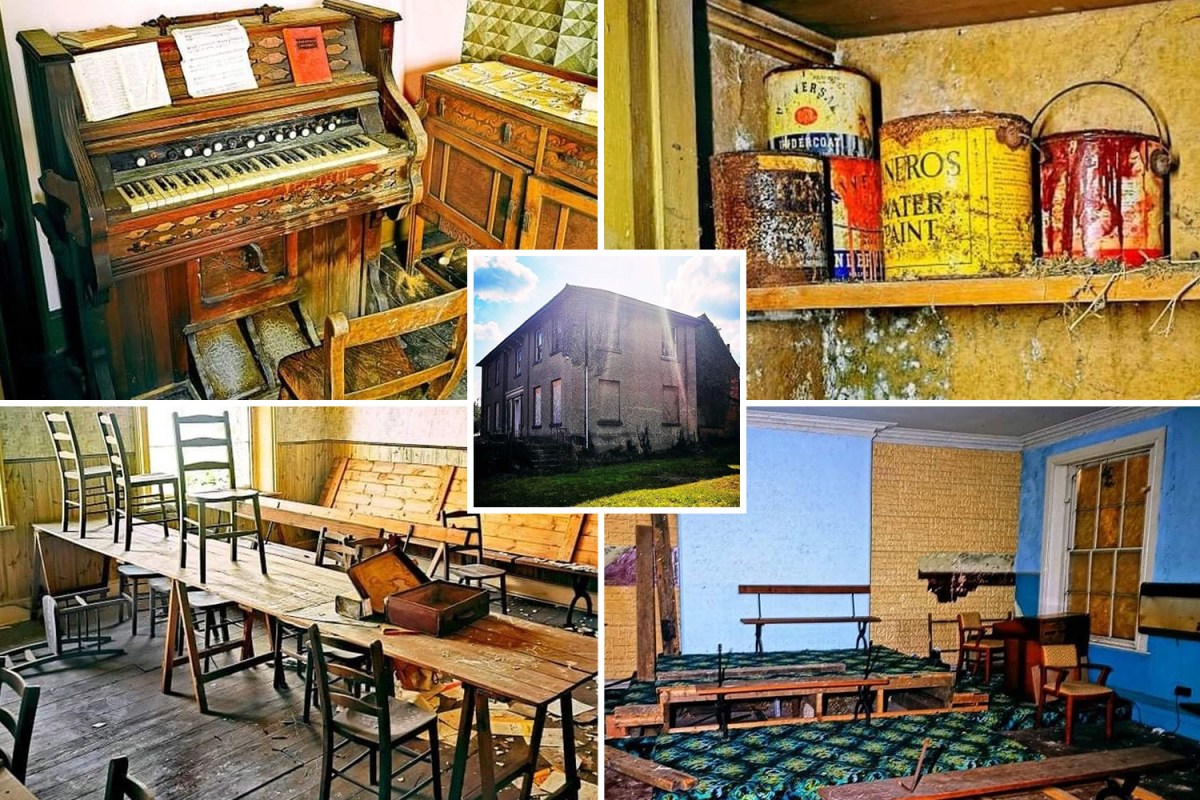 London: Tiny one-bed flat that looks like a shed from the outside on sale for £430k

Inside the tiny one-bed home in London that looks like a SHED but is on sale for £430,000