Strolling in the September sun, eating ice-creams and sitting on the golden sand, visitors to Great Yarmouth’s “Golden Mile” promenade basked in a late burst of good weather.

The second pandemic summer delivered a booming tourist season to the Norfolk resort on England’s east coast, and domestic visitors have continued to arrive well after the end of the school holidays.

Constantly changing travel restrictions put many people off flying abroad for their annual trip, and Britain’s seaside resorts, cities and countryside destinations have been the beneficiaries. But as the season draws to a close, many coastal towns are asking if the summer influx of domestic visitors will have a lasting impact on the local economy.

Visiting Great Yarmouth for the first time were Ben and Kate Atkinson and their two-and-a-half year-old daughter, Grace. The family from south Lincolnshire had decided to save themselves the hassle and expense of a foreign trip, and were staying at a holiday park recommended by friends. “We came for the day, and it’s really clean, and has a nice beach,” said Kate.

Sally and Damon Cooper from Worthing in West Sussex had paused to enjoy a mid-afternoon ice-cream while walking their three basset hounds along the resort’s promenade.

“We’ve been in the model village,” said Sally, enjoying their third September in a row on a Norfolk break.

Victoria Newstead, whose 27-room hotel, Andover House, looks set to remain busy with tourists into October, said: “We’ve been here for 15 years, seen 15 summers, and we have never seen anything like it, occupancy has been incredible.” . 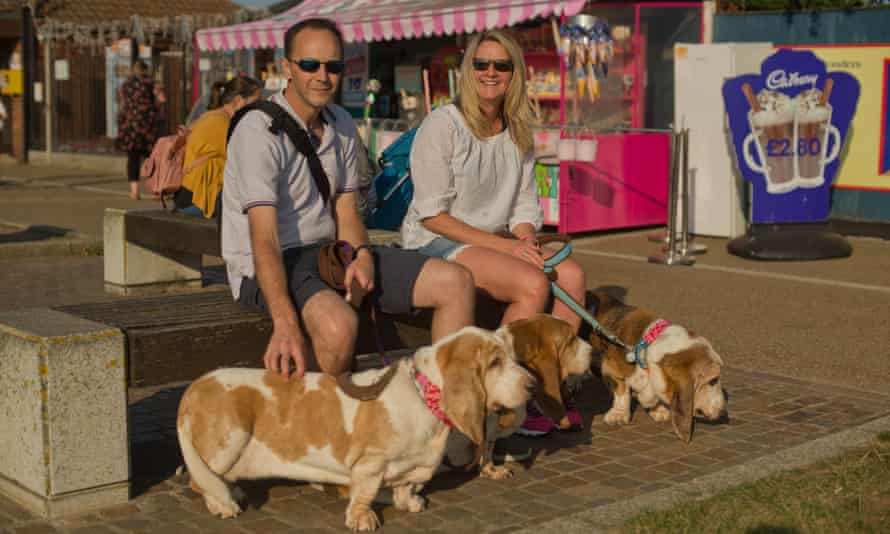 Newstead has noticed that business travellers – usually people working in the energy and offshore wind industry – are also returning.

According to data from Social Investment Business (SIB), a foundation which provides loans and grants to improve local communities, Great Yarmouth saw one of the biggest spending booms of any coastal town over the summer.

Food and drink spending was up by 73% in August compared with the same month in pre-pandemic 2019, and entertainment spending rose 86%.

“These summer months have also provided much needed relief to local businesses in the hospitality and leisure sectors,” said Will Thomson, policy lead at SIB, attributing the rise to increased domestic tourism and the easing of Covid restrictions. 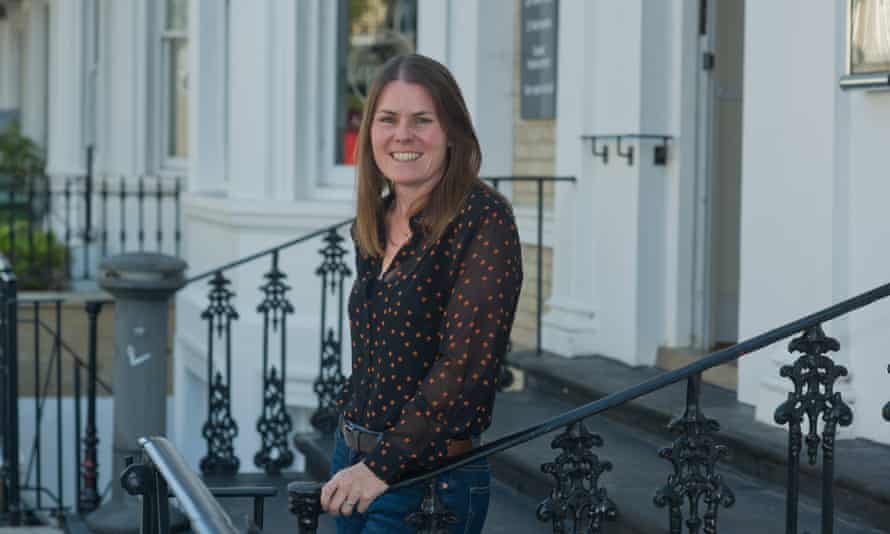 “In order to genuinely level up towns like Great Yarmouth, we need greater levels of investment to support a local social economy that meets the needs of people who live and work there, and creates reasons to visit the town that are not entirely dependent upon tourism or the time of year,” he said.

Like many coastal resort towns, Great Yarmouth has found it hard to attract investment, and the area has pockets of deprivation.

Great Yarmouth and eight other coastal regions including Blackpool, North Devon, North Norfolk and Cornwall were among the 13 council areas with the lowest average weekly wages.

According to official data, the average weekly wage in 2020 for a full-time worker in Great Yarmouth was £473, almost 20% lower than the £587 average across Great Britain. The town recorded 6.4% of its working age population claiming benefits in August 2021, according to official figures, 1% higher than the average for Great Britain, and 2% above the rest of the East of England region. 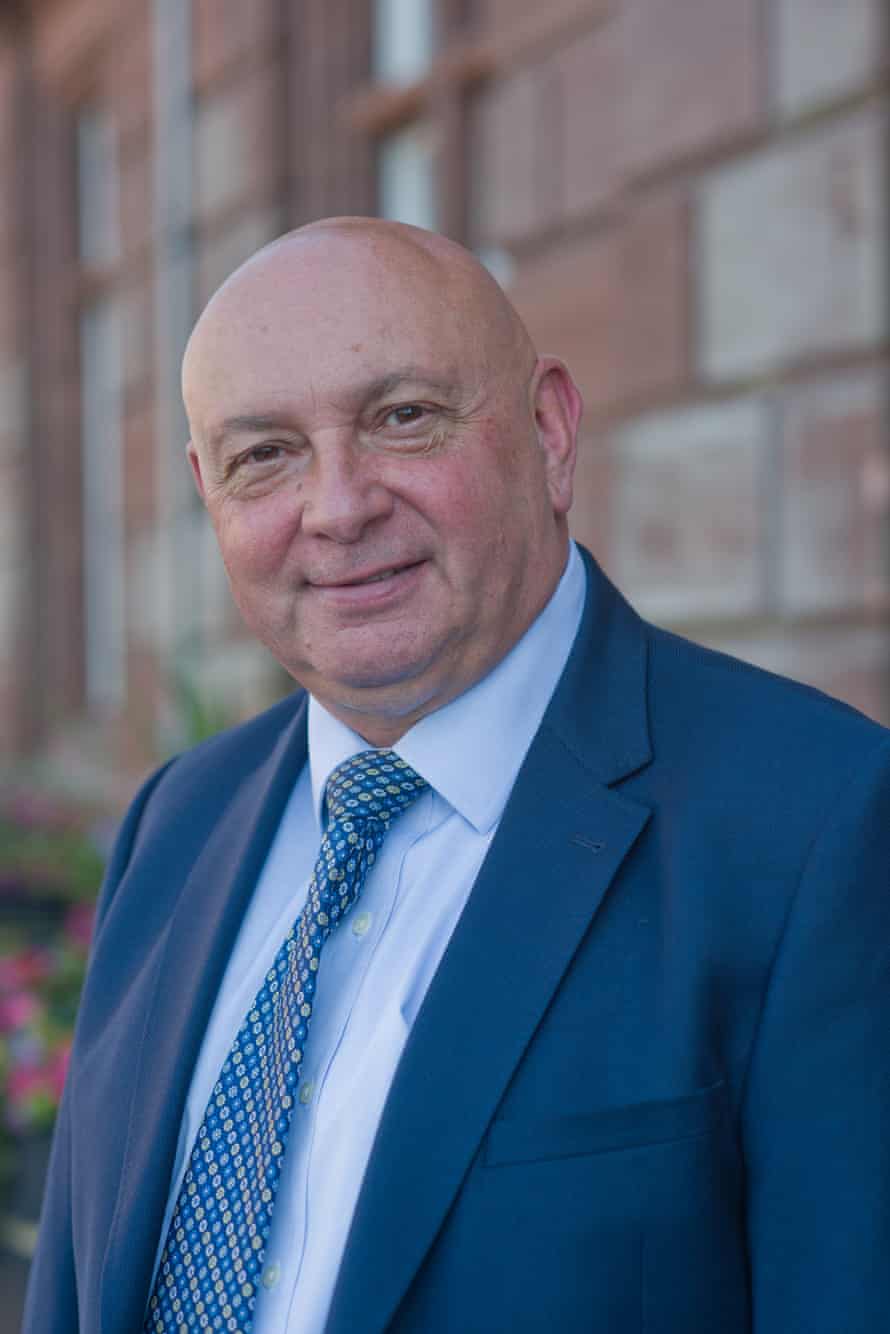 Despite these statistics, the leader of Great Yarmouth borough council, Conservative Cllr Carl Smith, believes the town is beginning to turn the tide.

A constituency represented by the Conservatives since 2010, it has secured almost £35m in government funding from the Future High Streets Fund and the Town Deal, funding aimed at helping communities recover from the pandemic.

Meanwhile, the town’s iconic glass and steel Winter Gardens – in place since the start of the 20th century and previously home to a ballroom and roller-skating rink – has received nearly £10m in National Lottery funding to revamp it for the modern age.

“People can see the amount of investment we’ve got going into the town, over £200m,” Smith said. 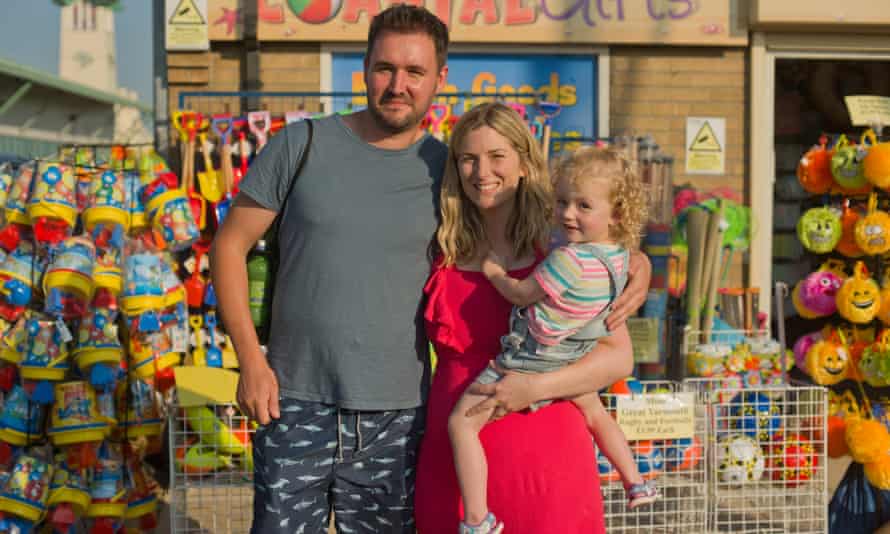 The council is also aiming to prolong the tourist season by offering attractions in the October school holidays and beyond.

“Coming up to half-term, we’ve got our ‘Fire on the Water festival’ on the Venetian Waterways; first time we have done it,” Smith said.

“We know there’s lots of people in low paid jobs in the holiday industry, there always has been, but extending that season gives them more opportunity for work.”

They’re also keen to keep running the rides into the autumn at the town’s Pleasure Beach, which is spread across nine acres (3.6 hectares) of seafront.

Once the schools go back in September, the Pleasure Beach is only open at the weekends until the season ends at Hallowe’en, said co-director Aaron Jones, who – along with his older brother – is the fourth generation in his family to run the entertainment park. 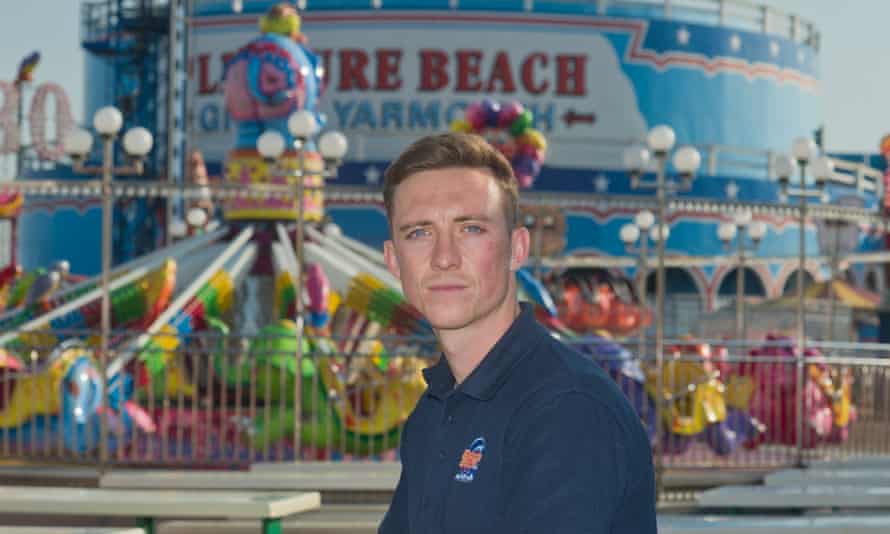 Jones believes the tourism industry needs to make a “collective effort” to put on events to attract visitors after the peak summer season.

For several decades the Great Yarmouth Preservation Trust has been buying, restoring and repurposing some of the town’s historic buildings.

Once grand merchant houses left to decay over the years are being turned into vibrant community spaces, including the Yare Gallery, which has proved very popular in a town which is bidding, jointly with East Suffolk council, to become the UK’s City of Culture in 2025. 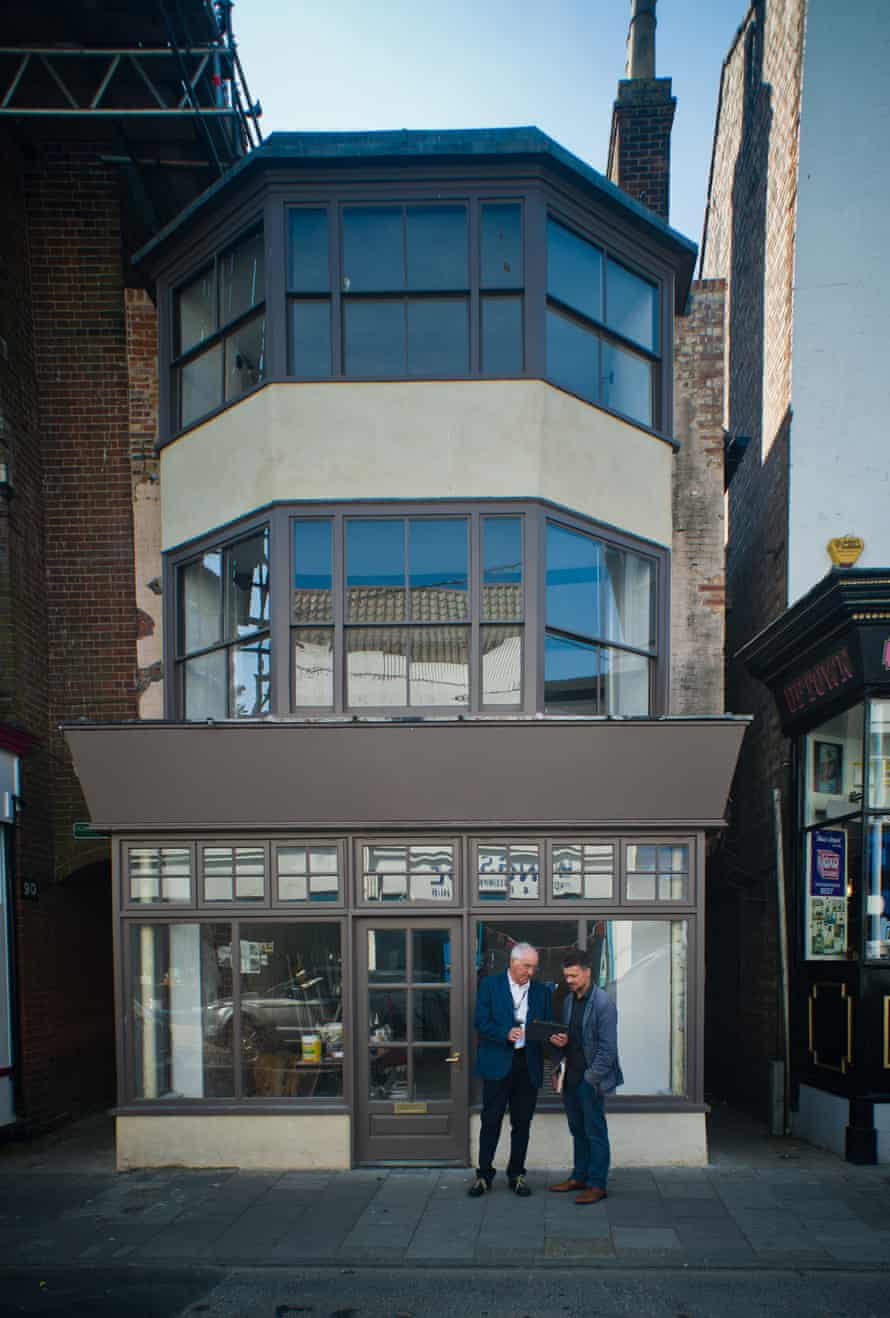 160 King Street, Great Yarmouth is a grade II-listed building dating from the 17th century. It is the only surviving example of a timber-framed building in the urban area of the town and was refurbished by the Great Yarmouth Preservation Trust. Photograph: Si Barber/The Guardian

The Trust’s most recent project, on King Street in the town centre, is the only surviving example of a 17th-century timber-framed building. The site had lain empty for years, ignored by an owner based overseas. It has now been turned into an upper-storey flat, while the ground floor will become a Jamaican restaurant which will run cooking classes for young people.

“We are looking at more of these problem buildings which are vacant and neglected and don’t lend themselves to other uses,” said Barker. “If we are successful in regenerating the town we wouldn’t be needed.”

“This is not a political decision for us”