Britain’s domestic energy market is in crisis. Seven energy firms have gone bust in the past few weeks. Green and Avro collapsed this week and many more are thought to be at severe risk. Analysts are likening recent events to the 2008 financial crisis but the government maintains it won’t bail suppliers out. Some customers are facing a more than 50%increase in bills. We explain what this means for you and look at your options.

What is happening to energy bills?

Twelve months ago, households with average energy usage who were on the very cheapest gas and electricity deals were paying about £800 a year on a variable rate tariff, while customers opting for the best 12-month fix paid £817. Fast forward to this week, and those same customers are facing an anxious wait to see if their supplier stays afloat. If it doesn’t, they face a increase in prices just as the weather starts to turn colder.

From 1 October, the price cap from the regulator, Ofgem, will rise by 12% for dual fuel. This is what you will be paying on a standard variable tariff.

What is the price cap?

The cap is the maximum your supplier can charge you for a unit of energy, with standing charges and VAT taken into account. It applies to the standard rate tariffs the energy companies offer. From 1 October, Ofgem says that for a typical direct debit customer it will work out at 21p per kWh for electricity and 4p per kWh for gas. However, households who pay in a different way have different price caps – pre-payment customers have the highest. There are also different price caps around the country.

For a household with average gas and electricity consumption the new charges will work out at £1,277 a year – higher-using households could easily see their bills rise to £2,000 a year. For pre-payment customers with average usage the new cap will equate to an annual bill of £1,309.

The price cap is set by Ofgem every six months, with the new limit coming into force each October and April.

Those who choose a fixed-rate deal will have their unit prices fixed for the term of the offer – unless the provider fails.

Read your meter when notified of any change to your supply. Photograph: Alamy

I’m with a smaller supplier. What happens if it goes bust?

The good news is that you won’t be cut off and your lights and gas will stay on. However, you will automatically be assigned a new supplier, and you have no say over who it will be.

The regulator, Ofgem, automatically reassigns customers of failed firms to a “supplier of last resort”. The customers of Utility Point, which failed earlier this month, have been moved to EDF. On Monday, customers of People’s Energy, another collapsed firm, were told they were being moved to British Gas. Green and Avro customers will learn who their new supplier is in the coming days.

Make sure you take meter readings when you are notified of any change to your supply, and cancel future direct debits.

If the predicted flood of company failures comes to pass, Ofgem could be forced to set up a state-backed supplier to take the 4 million households who are with smaller firms.

Will I stay on the same tariff as I paid the failed supplier?

No, and this is the problem for consumers who have shopped around for the cheapest deals. In previous years the new supplier sometimes honoured the old firm’s tariffs but that’s not going to happen now. Ofgem has confirmed that the default suppliers can only put the customers they inherit on a price-capped tariff.

Customers with average energy usage who were on the best fixed-rate deals taken out a year ago will see bills rise by more than £400. There are set to be further increases next April.

Can’t I just switch to a cheaper supplier?

Once Ofgem has appointed a new supplier, and the transfer has all gone through – typically after a week or so – there’s nothing to stop you leaving, and you cannot be charged any exit fees. The big problem at the moment is that you will probably not find a cheaper deal elsewhere.

What happens to credit I have built up?

Most customers will have built up a healthy credit balance in the run-up to winter and the supplier to which you are moved has to honour anything that you accrued with your old, failed provider.

Despite claims by Ofgem and the government that it is seamless, it can, in fact, be a torturous process to get the money back, particularly if the information systems at the old supplier were in a mess. Administrators are often reluctant to let money leave the old company’s accounts where there is any kind of dispute over how much the customer is owed.

Expect this to be next big battleground as consumers struggle to get back the money they were owed by their old supplier.

I am on a fixed tariff with a big supplier that shouldn’t fail – am I affected?

No, you will carry on paying the same rates as before, content (or smug) in the knowledge that you are avoiding all of this.

My small supplier is still trading. Should I switch to a bigger supplier now?

Normally switching would be the response to rising prices. However, as happened to the financial markets in 2008, the energy market has all but seized up. While there are a few companies still offering to take on new customers, there is little point in switching as you will just end up paying the same as Ofgem’s price cap. If your supplier does fail, you will end up with a big supplier anyway but if it doesn’t, you will continue paying your lower tariff, so there is nothing to be gained by moving yourself.

Are there any low-priced deals left? 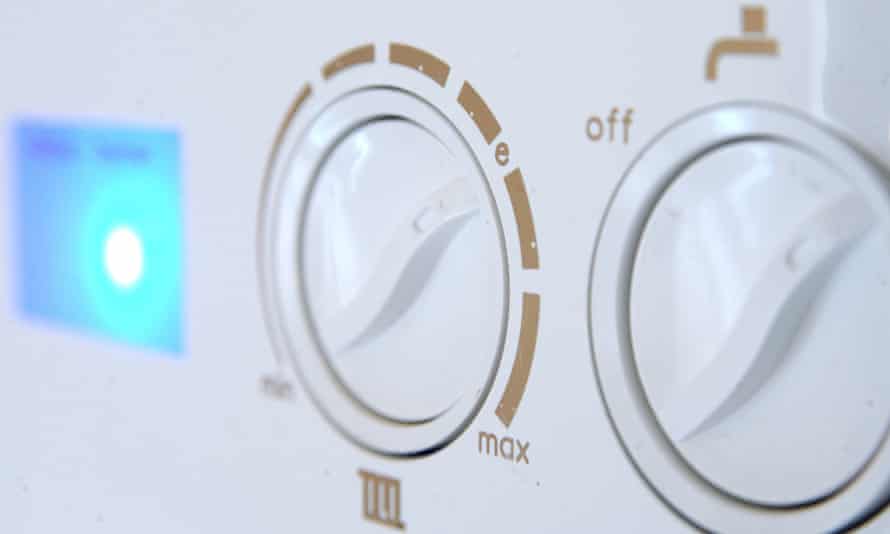 Some customers are facing an increase in energy bills just as the weather is about to turn colder. Photograph: Joe Giddens/PA

Most suppliers pulled their cheapest tariffs last week but there are a few deals still being advertised that might prove a good bet against rising prices.

This week a number of firms were offering one-year variable-rate tariffs for about £1,274 a year for dual fuel – about the same as the price cap. E.ON’s one-year fix cost£1,430 a year. Its two-year fix was priced at £1,474. Octopus’s two-year fixed tariff was priced at £1,555 a year for average consumption. British Gas has a 30-month fix for a hefty £1,778 a year (including 12 months’ boiler cover) – but these deals may not be around for long.

Should I fix when the best deals are so expensive?

If you really value certainty, look to E.ON’s two-year deal. However, if your existing tariff is significantly cheaper than that, it’s probably worth waiting to see how things play out. MoneySavingExpert Martin Lewis, a previous champion of energy switching, says prices have risen so much in recent weeks that the savings consumers will make by sticking with their old cheap tariff, while it lasts, will probably outweigh the extra costs faced later on.

What is going to happen to prices in future?

Unfortunately, this is just the start of price increases. The price cap changes each October and April, and experts are already warning that it will rise again next spring – to the equivalent of between £1,455 and £1,500 a year. This is for average use, with big-using households paying considerably more annually. The hope is that the market calms down and wholesale prices return to normal, at which point consumer prices should also fall.

I can’t afford these increases – what help is there available? 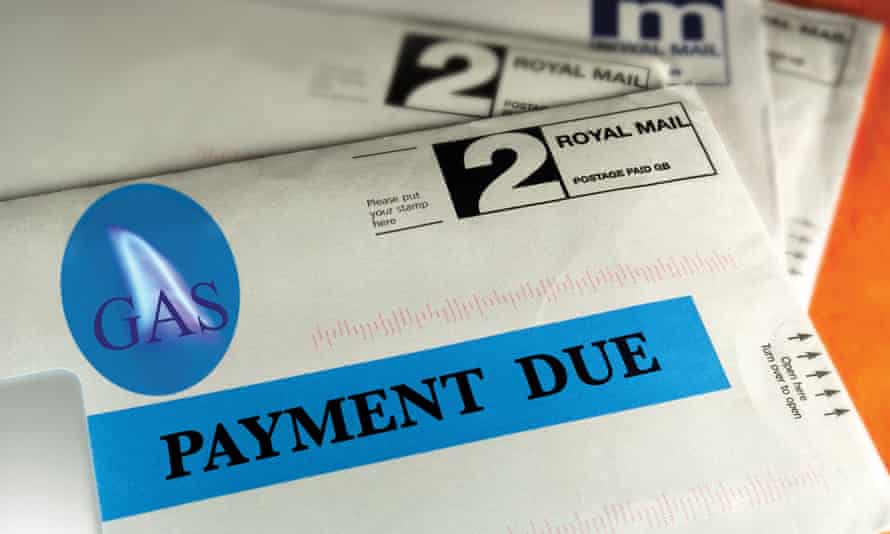 Are you struggling to pay your energy bills? Photograph: Eyebyte/Alamy

Households on a low income and in receipt of certain benefits may be able to get £140 off their energy bill this winter under the warm home discount scheme. And major suppliers, including British Gas, EDF, E.ON and Scottish Power, have reopened their schemes for 2021-22.

If you get the guarantee credit element of pension credit, you should get the warm home discount automatically. Equally, households with an income of £16,190 or less can apply. Those receiving child tax credit, income support or income-based jobseeker’s allowance, and a host of other benefits are also eligible but it’s on a first-come, first-served basis.

If you inherited a pre-payment meter, now is the time to switch

Citizens Advice says people struggling to afford their gas and electricity bills should contact their supplier, which has to help you come to a solution. You should try to negotiate a deal that works for both of you, it says.

If you were forced to start using a pre-payment meter because of previous financial problems maybe your record has improved to the extent that you can return to a credit meter. Equally, if you inherited a pre-payment meter, now is the time to switch. You can save £40 a year and a whole lot of trips to the shops to reload.

Physically going back into work every day will reduce bills this winter. People working at home typically spent an extra £100 last year as they kept the heating on – heating that would have been normally off all day.

‘Two failed companies and I’m back where I started’ 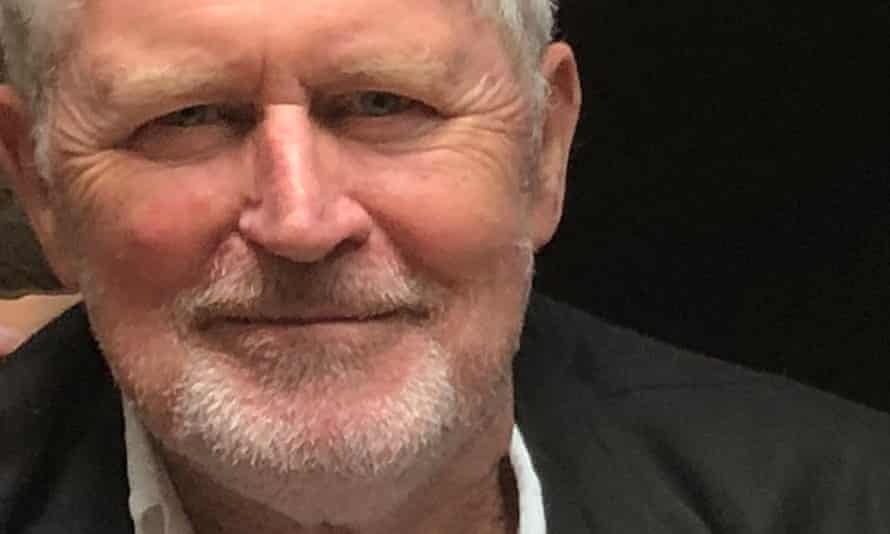 Since last summer Charles Thomson from London has been using an automatic switching service to shop around for him. He was mid-switch when the energy crisis hit, and now the companies he was moving from and to have both collapsed, and he is back with the provider he had 15 months ago.

“I signed up with Look After My Bills around May or June last year,” he says. “At the time we were with British Gas – they were supplying both our gas and electricity.” The switching site moved him to a one-year fixed-rate deal with People’s Energy, which offered a saving of £560 a year. That deal recently came to an end and he was told he would move to Green.

“This all happened over the last three months or so – before the issue of energy costs for suppliers became known,” he says. “I was told I would save £90 a year with Green.”

The switch appeared to have happened – People’s Energy asked for a last meter reading and his new supplier took an upfront payment from him. But when he tried to give Green a meter reading, its website wouldn’t work, and alarm bells started ringing. When he phoned the company he found himself 37th in the queue, and after an hour his call had still not been answered. On Wednesday it was confirmed that Green had collapsed.

On Tuesday he received an email from British Gas saying that it had taken over his account from People’s Energy, suggesting the switch had not gone through when the latter company went under last week.

“British Gas has sent a note saying ‘don’t worry, we’re taking over your account’. I’m waiting to see what it will say about rates before I make any decision,” he says.

Thomson asked Look after my bills what it was doing to check suppliers before switching people. It told him: “We review the suppliers we work with regularly based on a number of factors including customers’ feedback, Trustpilot reviews, Citizens Advice Bureau and financial stability.”

He’s still signed up. He says: “There’s obviously the bigger picture now with energy prices, and I’m seeing how things go before I do anything.”