While Bernard Noble sat in a Louisiana jail riding out a 13-year sentence for possession of 2.8 grams of marijuana, cannabis legalization and decriminalization swept through the United States. With no chance of parole under Louisiana’s “habitual offender” law – he had been arrested for possession of cocaine and marijuana in the past – Noble became a symbol for the movement to reform discriminatory drug laws.

Cannabis is a booming industry and the Covid-19 pandemic has, if anything, helped. The legal cannabis industry now accounts for 321,000 full-time jobs across the 37 states with legal medical or adult use markets, according to the cannabis information site Leafly’s 2020 jobs report. This past year, when much of the country was still reeling from Covid, the cannabis industry added 77,300 jobs, with US sales hitting $18.3bn. The result is a 32% increase in year-over-year growth – creating jobs at a faster rate than any other industry in the United States.

But for many Black Americans – who are close to four times as likely to be arrested for cannabis charges as white people – the prospect of generating wealth through the cannabis industry is out of reach.

The irony of Noble’s case wasn’t lost on the film-maker Fred Brathwaite, also known as the former Yo! MTV Raps host Fab 5 Freddy. When Noble was released in 2018 after serving seven years of his sentence, Brathwaite approached him with a business proposal.

“We’re taking 10% of the proceeds and donating to organizations working to expunge records and train people to be part of the business,” Brathwaite says. “Plus, we’re providing high quality cannabis.”

They entered into a 50/50 partnership with Curaleaf, a cannabis operating company, to create B Noble, a two joint pre-roll pack. The B Noble pack is symbolic of the two joints Noble possessed when he was arrested in 2010. On 28 August, Brathwaite and Noble spoke on the Growing in Cannabis: Seeds of Change panel at the National Cannabis Festival in Washington DC. Brathwaite told the audience he learned a lot about racism in the cannabis industry while filming his documentary Grass is Greener.

“The people that pioneered it as a business in many urban communities are prevented from taking part in the business, and that’s unfair,” he said.

For many in those communities the major barrier to access is the licensing process itself, says Morgan Fox, spokesperson for the National Cannabis Industry Association. The arbitrarily capped social licensing process narrows the scope of eligible applicants with competitive lotteries for a limited number of licenses, pitting social equity applicants, or applicants from historically marginalized communities who have been disproportionately harmed by the war on drugs, against each other.

“Very few applicants are well-funded and well-connected to deep financial networks. Almost all social equity applicants have issues with access to capital or even getting a license,” Fox says. “It often comes down to who can hire the best consultants to put together the best application, and if someone can sit on real estate or keep paying a lease until they get approved. And that can open the door to predatory partnerships that can strip away control of businesses from the people these programs are meant to help.”

But owning a dispensary or cultivation business isn’t required to be part of the cannabis industry, says Caroline Phillips, founder of the National Cannabis Festival. She doesn’t need a marijuana license to operate the festival, which this year hosted the rappers Method Man and Redman and drew an estimated 20,000 participants. Like many other Black women and minorities, Phillips was deterred from opening a dispensary due to barriers to access such as capital. Instead, she invested all her savings to produce the first annual NCF in 2016. 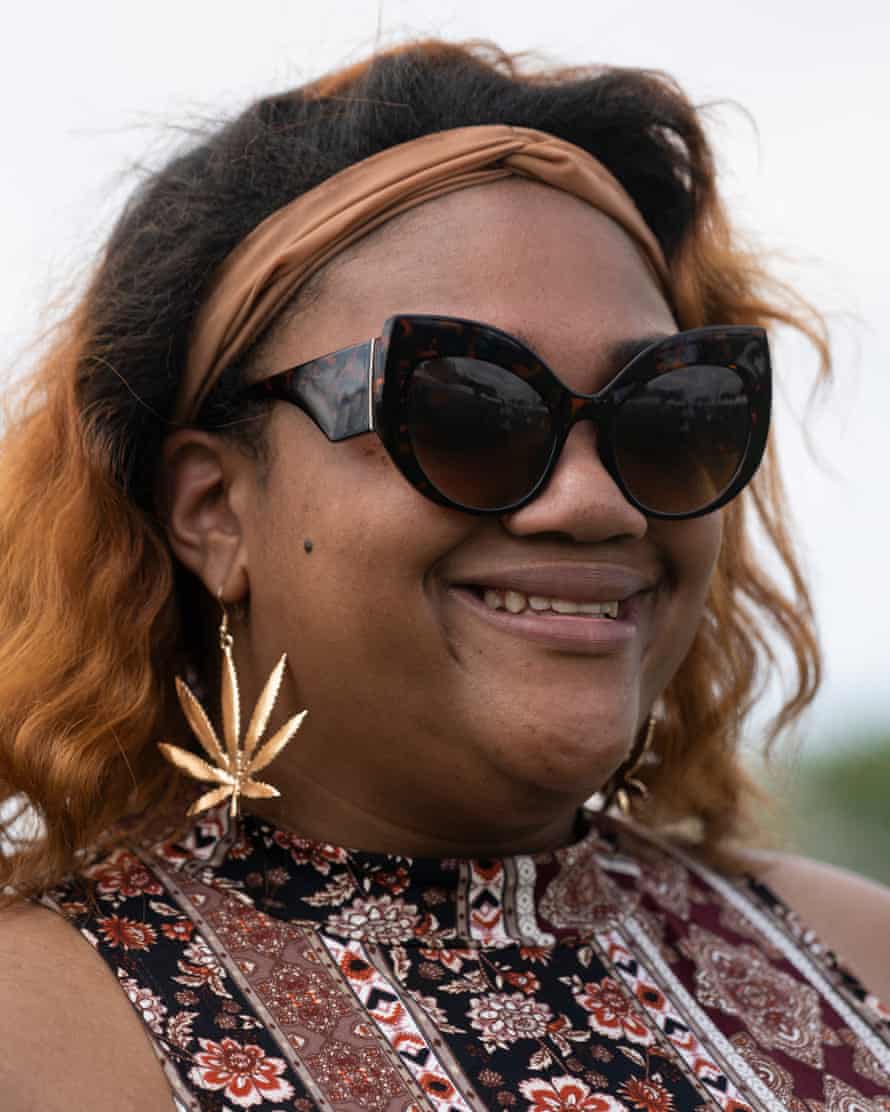 Paige Lightner of Altoona, Pennsylvania, makes CBD infused drinks with her business Pa’je’s Potions, and hopes to be able to get a booth at the festival in the next couple of years. Photograph: Melissa Lyttle/The Guardian

“The reality is many Black and brown people face barriers to access when it comes to money and licensing,” she says. “But there are other avenues people can take, like developing a brand on social media and then licensing the name to a cultivation company that provides products for placement in dispensaries. Many of the brand names you see aren’t necessarily cannabis cultivation companies, they are strong brands that have great reach and that makes it appealing to put their name on products.”

Launching a dispensary or cultivation business costs anywhere from $750,000 to $1m. There are licensing fees, which some states have lowered to give social equity applicants easier access. For instance, when New Jersey legalized medical cannabis in 2010 the license application fee was $20,000 with proof of real estate acquisition. The adult use application fee was lowered to $100 for micro-businesses and $200 for standard businesses, with the complete application fee between $500 and $2,000. There is no capital requirement, and the legislation gives priority to minorities and those previously incarcerated.

Cannabis legalization is a laboratory for democracy, says Tahir Johnson, director of social equity and inclusion at US Cannabis Council. Johnson spoke on the Grow Your Career: Getting a Job in the Cannabis Industry panel at NCF, where he told the audience the cannabis industry is like any other corporate industry.

“It’s only right to level the playing field and give priority to people who have been victims of the war on drugs,” Johnson says. “It was made illegal to target Black and brown communities and establish a stigma on marijuana.” 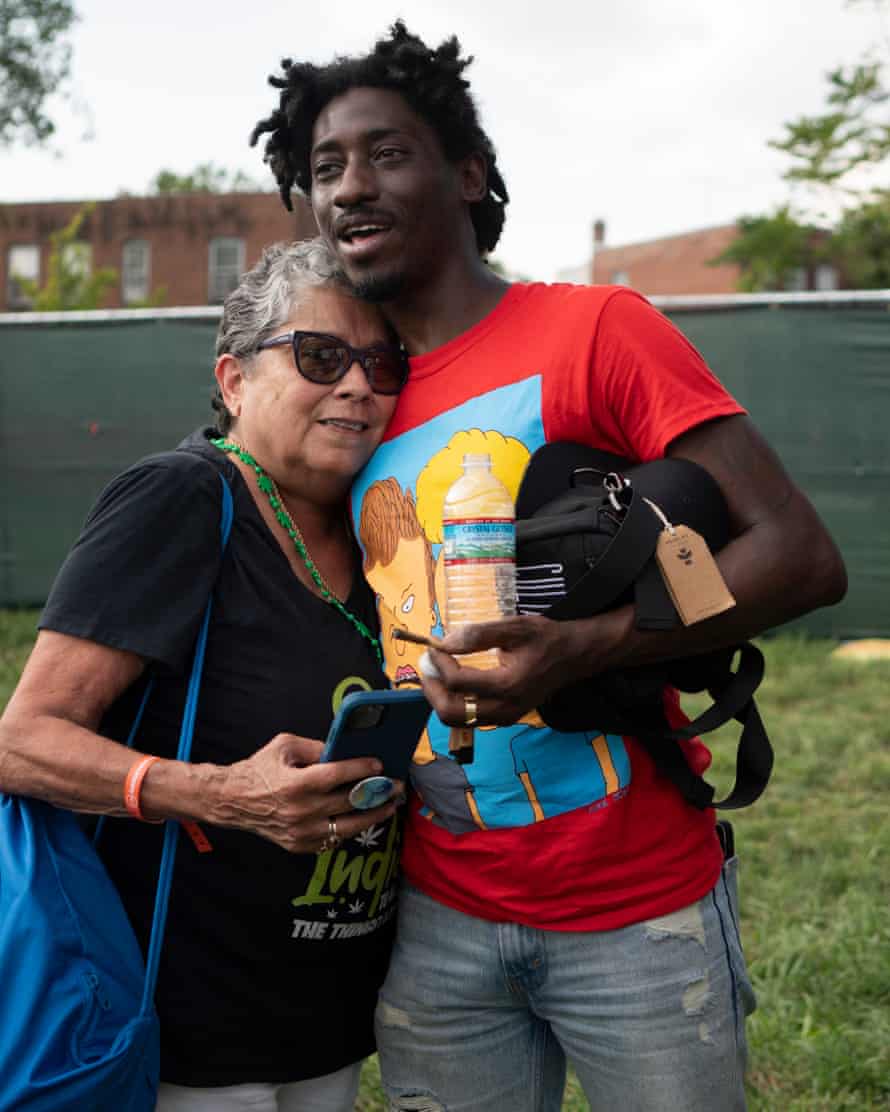 Illinois has a cannabis market with a revenue of more than $1bn and was the first state to include social equity in its legislation. The state has been praised as the “gold standard” for cannabis legalization. But Johnson says the licensing for hopeful social equity applicants has been troubled. In Illinois the first round of $62m in funds took a year to distribute to social equity programs and applicants.

“We made policy decisions in an industry we wanted to change and now we have to make policy decisions as it’s changing,” says Hutchinson. “I’ve never seen a situation where everyone starts running in real time and Black and Brown people come out first.”

The state of Illinois now has a $32m revolving loan fund for social equity applicants financed by cannabis businesses established prior to adult use legalization. A quarter of tax revenue is funneled into the Restore, Reinvest, and Renew Program to repair communities heavily impacted by anti-marijuana laws.

The legislation doesn’t require applicants to own real estate and lowers the application fee from $5,000 to $2,500 for social equity applicants. “The criteria is not just based on the individual, but the communities. You can’t normalize and legalize an activity for which the prohibition of the exact same activity destroyed generations of communities,” says Hutchinson. “And you can’t talk about racial justice without talking about economic justice.”

In July, Virginia made history as the first state in the south to legalize adult use marijuana. The commonwealth “thoughtfully” established a cannabis authority modeled after Illinois, with social equity as a priority, says JM Pedini, development director of Norml, the National Organization for the Reform of Marijuana Laws.

“Under the Democratic majority there is a deep desire to establish an industry that creates economic opportunity for Virginians and does so in a manner that is equitable, particularly for those that have been most impacted by marijuana prohibition,” says Pedini, who also serves as the executive director of the state chapter Virginia Norml.

In Virginia, anyone over the age of 21 can grow up to four plants at their place of residence, making it easier for aspiring cultivators to gain necessary skills, says Jelissa Washington. Washington operates Dimebudz, a small grow project in Virginia. After using cannabis to medicate for anxiety, she soon realized the quality was inconsistent. Home cultivation allows her to conduct the research needed to produce a consistent product. 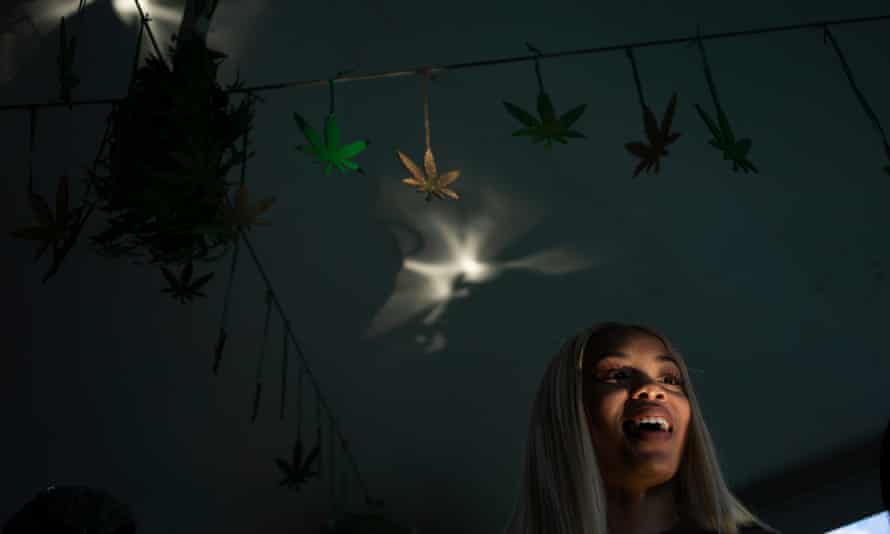 “My dream is to have a warehouse with more than 20 plants,” she says. “But I can’t think about that if I don’t qualify.”

Washington found the $10,000 application fee and $60,000 permit fee to obtain a pharmaceutical processor license under the laws established by the Virginia board of pharmacy to be a financial stretch. If she does receive a license through the cannabis equity reinvestment fund the wait to receive those funds will put her at a disadvantage, Fox says.

“Speed to market is vital in this industry, and if state governments wait to fund programs based on cannabis tax revenue, there is an implementation and funding gap making it that much more difficult for social equity applicants to establish themselves and become competitive,” he says. It can take months if not years to receive those funds, giving already established businesses a leg up in the market. “State and local governments had no problem finding the funds to carry out the war on drugs, and now they need to find the funds from day one to support social equity in the cannabis industry and restorative justice in the most impacted communities.”

Phillips is part of the advocacy group Supernova Women, an Oakland-based organization that recently received a $2m grant for EquityWorks!, a shared use manufacturing facility that also serves as an incubator. The organization helps young women like Washington by providing cannabis industry career training. Phillips says the incubator serves as a model of how social equity should be included in the framework of the cannabis legislation in Washington DC.

“This is such a new industry, and we have the opportunity to get it right from the start and right the wrongs that have been done to communities of color,” Phillips says.

Rise and shine: the Big Breakfast returns – with a mission | Television & radio