The Hastings Contemporary gallery opened nine years ago as a home for British contemporary art, but now the doors are closed. The exhibitions are still up, but the galleries are silent and still. One member of staff may occasionally be walking around the black-tiled building that looks out on to The Stade, a shingle beach on the Channel. But there’s something else moving through the space and focusing on the artwork. It’s a telepresence robot. Visitors can’t currently come to the gallery – so the gallery is taking the art to the visitors.

“When you have to close your doors to the public, that’s a disaster,” says Liz Gilmore, the gallery’s director. “Our audiences and the art are the heartbeat of everything [we do].” 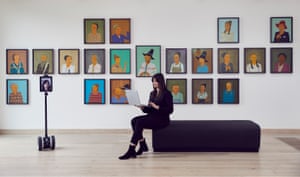 Developed by US startup Double Robotics and loaned to the gallery by the Bristol Robotics Laboratory, the robot has sensors in its base and can be controlled via a phone or a laptop – allowing a gallery employee, sitting at home behind a screen, to guide a group, also at home behind individual screens, around the exhibition space. Since April 2020, Gilmore says, they have given hundreds of the half-hour tours.

It’s one of the many innovative ways of dealing with the drastic changes brought about by the pandemic. The cultural sector has been one of the hardest hit by Covid-19: the arts and entertainment industry saw a 44.5% reduction in GDP in the second quarter of 2020, according to the Office for National Statistics. Institutions of all sizes have suffered, as have individual arts workers, many of whom have been made redundant, lost funding or seen freelance income dry up. 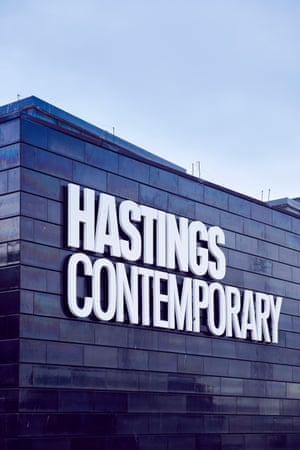 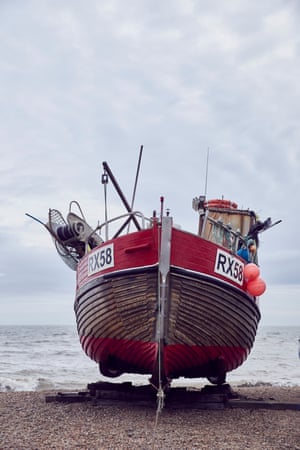 But theirs is a world that runs on creativity, and many artists and organisations have found ways to innovate and keep going. It’s now possible to attend a workshop at London’s V&A during the day and then a lecture at Museums & Galleries Edinburgh in the evening – all online.

Hastings Contemporary’s robot has been a big hit, with people from the US, Canada, Australia, Switzerland and Dubai attending tours, which resemble a Zoom call with a tour guide. The groups are small, to allow for questions and interaction. 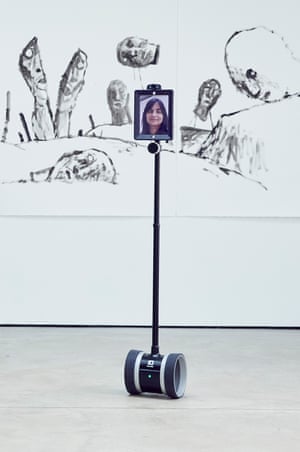 “That’s been one of the really great things about it,” says Gilmore. “People can meet other people, as well as looking at the exhibitions we have on show. It’s empowering, and shows the genuine need for connection that people have at this point of isolation.”

The gallery had been mulling over the robot idea for some time; pre-pandemic, they had been thinking about how they could connect with children in a local hospice. “One of our trustees, Esther Fox, an incredible artist and a wheelchair user, wondered if we might offer robot tours,” says Gilmore. “She knew the benefits of being transported somewhere you wouldn’t physically be able to get to.” When the pandemic hit, they pressed fast-forward on the project.

Fast-track adaptation has also been the watchword for artists Ruth Gibson and Bruno Martelli. Producing multidisciplinary art under the name Gibson/Martelli, the London-based duo have worked together for more than 20 years, exhibiting at the likes of the Barbican Centre, the Venice Biennale and the Detroit Institute of Arts.

“We were lucky in some ways, as our studio space is in our house, so we were able to keep working,” says Martelli. The pandemic did, however, force them to make changes to a big project they had been working on for some time. Dazzle – inspired by the Dazzle ball, thrown in 1919 at the Royal Albert Hall – was meant to combine moving images, dance, sound art, fashion and virtual reality. Audience members, wearing virtual reality (VR) headsets, would be immersed in the event; while alongside avatars of performers, they would then feel a dancer – present in the physical space – touch them.

But, despite the heavy use of digital technology, the project also relied on people occupying the same space, and costumes and headsets being worn by multiple attendees. Although Gibson/Martelli hope to create Dazzle in full in the future, they have meanwhile found a pandemic-ready solution: art show as computer game.

“It’s similar technology to a multiplayer first-person shooter game,” says Martelli. “If you are the audience member at home, you get a ticket, download the software, put the headset on, go into VR – where you could also meet your friends – and have the experience.” 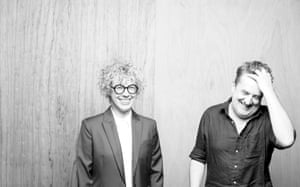 Partly funded by UK Research and Innovation, the Dazzle project was conceived as part of CreativeXR, a programme developed by Arts Council England and tech innovation centre Digital Catapult to support the creation of cultural experiences using immersive technology. But the reality of the pandemic also means the two artists needed to consider the human element more than ever.

“We’ve been really conscious of keeping everyone that’s working on the project. It’s hard for people like dancers, there’s not a tonne of work around,” says Martelli. They have also had performers help out in other areas, such as dealing with administration.

For Hastings Contemporary, the robot and the attention it has generated has also provided a boost. Gilmore notes she’s very grateful to be able to offer something to members who have continued paying their subscription fees throughout the pandemic. “Because the robot was partially funded by the Arts and Humanities Research Council, we weren’t in a position where we wanted to charge for the tours at this pilot stage,” she says. “But we are interested in how all galleries might be able to monetise this and develop an income stream.” 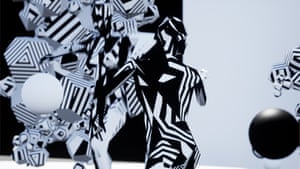 Gilmore hopes that robot tours could be a fun experience for families or friends who can’t be together physically, but also that, post-pandemic, they will be a way for people who can’t get to the gallery for reasons of physical or mental health to be able to experience art. Both Hastings Contemporary and Gibson/Martelli have created ways of interacting with art that will outlast lockdown.

At this stage, though, there is still a need for one member of the gallery’s staff to accompany the robot. “It can glide on a flat surface, but not exactly with balletic grace,” says Gilmore. “And it still can’t use the lift. We need a human to press the button.”

DIY kits and upcycled furniture: two businesses shaping the future of interior design | Getting back on track