“We’ve brought that light back in and hopefully brought the soul back in.” You may have heard that the department store is dead, but they’re opening up the windows again at Bobby’s of Bournemouth.

The independent store, which formally opens on Thursday, has moved into a now defunct Debenhams, reclaiming the shop’s original local name, established in 1915, with a new spin on a rather old concept.

Instead of fashion floors, there will be an ice-cream and coffee parlour, an art gallery and an old loading bay is to be turned into a microbrewery while a former lift will be transformed into a smokery. Alongside well-known brands in the beauty hall there are local organic skincare makers with artisan producers – from silversmiths to coffee roasters involved throughout the building.

The beauty department of Bobby’s in Bournemouth town centre just before it reopens. Photograph: ZacharyCulpin/BNPS/The Guardian

Later this year the Bobby & Co Market Hall is due to open on the first floor, a space for dozens of members of the collective the South Coast Makers Market to show their wares.

One entranceway has been converted into a pop-up space that, for the moment, houses Drool, billed as the world’s first food hall devoted entirely to dogs, which can tuck into canine version of cakes, ice creams and fish and chip flavour treats.

Ashley Nicholson, director of Verve Properties, the developer of Bobby’s, said the idea was to create not a shop but a “destination” centred on beauty, health, food, drink, culture and sustainability. Verve specialises in repurposing buildings that have hit hard times into homes and offices and it chose Bournemouth for its first department store.

Where Debenhams blocked up the original picture windows to fit in more shelves and rails, Bobby’s has opened up views to the gardens and the beach, and revealed the building’s original beauty.

Verve began looking at the retail sector about three years ago, Nicholson said. “As everyone was exiting, values were falling and it meant properties that had previously been only in the ownership of pension funds and large property companies were becoming accessible to more normal scale investors and property companies like ourselves.

“It got to the stage where you were able to buy perfectly good functioning retail and department stores for between a third and a quarter of the cost of actually building them.

“Historically, town centres had suffered through lack of curation. You could go to Camberley or Stockport and there would be the same stores on the high street. We saw that model was broken and the future was going to be more independent, local and experiential companies. As the Amazons of the world grew, the desire for an artisan baker or local fish shop grew at the same rate. People want more human, more local.”

Bobby’s reimagining could be part of a wave of new retail businesses springing up in empty department stores around the country.

While John Lewis, House of Fraser and Marks & Spencer have all been closing stores as shoppers wanting a selection of well-known brands move online, new ventures are testing the water.

Just down the road from Bobby’s in Poole, a different reinvention of the department store is taking place. Beales, which closed all its 22 stores last year after falling into administration, has reopened three stores under new ownership.

In Poole, the group has signed over its top floor to the NHS to become a “health village” accommodating dermatology, orthopaedics, ophthalmology and breast cancer screening departments. There will also be counselling rooms for those suffering from long Covid.

Former boss Tony Brown, who has been taken back on to help find a way forward for Beales, says renting out the space to the NHS will help pay the rent, keeping costs down for the store below, and also draw new customers via 150,000 annual outpatient appointments.

“I don’t think anybody needs 60,000 sq ft of shop floor any more,” he says. “Really anything above 30,000 sq ft is impractical and any [department store] chain above 10 stores is probably impractical in terms of costs and property management.”

“I don’t ever see a big department store chain emerging again. We will see small local chains popping up with eight or 10 stores. The model will change dramatically over the next couple of years. People want something more localised.”

In Southport, where Beales has reopened another of its outlets, instead of the NHS it has partnered with local brands including a cafe, beauty products and fashion labels all of which operate as concessions – so requiring less investment for the store owner. 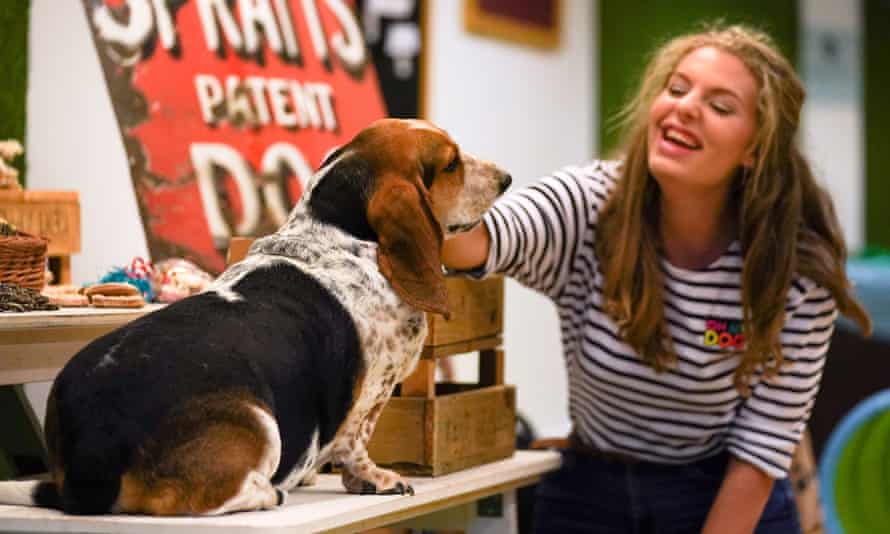 Beth Dyson with a basset hound at the Lick and Mix station in the Drool outlet in Bobby’s, Bournemouth. Photograph: Andrew Matthews/PA

Back in Dorset, Beth Dyson, 26, who runs Drool, had worked at Debenhams since she was 16 and studied retail management at Bournemouth University. When she first worked for Debenhams a decade ago she thought it would be on the high street forever. “Then the cracks began to show,” she said. “Retail has changed so much. You can see that in the number of empty units in the town now.”

She believes stores like Bobby’s, offering services from hairdressing to dentistry as well as the chance to shop are the way forward. “What is going on here is fantastic, a new hope again.”

Uber to pay pensions to all its UK drivers, backdated to 2017 | Uber

If the UK’s energy suppliers were publicly owned, would we be having this crisis? | David Hall