Daniel Craig has become the latest celebrity to say that he will not be leaving all his fortune to his children, remarking that “inheritance is distasteful”.

Six people who are fortunate enough to be in a position to pass on an inheritance speak about their plans for the future.

‘Inheritance leads us further away from meritocracy’

We have four children aged between 14 and 22, and while alive I will support my family where I can. We have helped two of them with accommodation at university, but there comes a point where they need to support themselves. It’s about mine and my wife’s quality of life and making sure we have a good life to do the things we want to do, and support the causes we want to.

Inheritance is a problem as it leads us further away from the meritocracy the UK tried to build since the war. It is out of date and unhelpful. It stops the next generation from having a fair chance – whether that be in education, employment, property or any other opportunity – and is self-perpetuating.
Daniel Wilson, 48, businessowner, Cheltenham

‘I want to pay it forward to the next generation’ 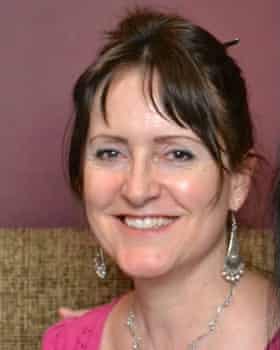 I have two daughters, 35 and 33, who have been unable to get on the property ladder. If they were in higher-paying employment and able to get mortgages, I would be able to help them both with deposits. However, the escalating property prices are putting this further out of reach. Although I would like to see them able to become homeowners in my lifetime, I do fear this may never happen. Therefore, I am determined to pass on my property to them when I die.

One thing that fills me with foreboding is the thought that I might need long-term care in the future, which could take all my estate and mean nothing would be left to my children. My grandmother had a stroke in her 80s and by the time she died nine years later, there was nothing left for my mother to inherit. My parents’ generation and my generation have been fortunate to have benefitted from affordable house prices in relation to salary. I want to pay it forward to the next generation, especially as their economic outlook is so much harder than mine ever was.
Carol Wakeling, 63, retired teacher, North Devon

‘There are more important uses for it’

My son has a job in IT and earns good money, so he does not need mine and there are much more important uses for it. If I do leave him anything, it will be a token gift only and I’ve got a good pension which should cover my care needs.

Our culture has come to value owning property, stuff, above all living beings. If the failure of our government to address decarbonisation and ecological destruction continues over the next 10 years, I will give all my money to whichever organisations are doing the best job of persuading the government to act to build a new economic system based on a circular economy that respects all living beings.
Steve Porretta, 60, retired senior manager in the steel industry, Cardiff

‘Why shouldn’t we help them if we can?’

Through luck, more than judgment, my wife and I have managed to save enough to have a comfortable retirement. Our children are struggling on their own and why shouldn’t we help them if we can? So helping them with a deposit on a house (probably about £50,000 each) seems like the least we can do. If we die with any of our savings left, then this will be passed on, but it will not be a large amount.

We feel strongly that the gift (while we are living) should be just that, without tax, but that a portion of what we leave after we die should go to the state as wealth redistribution is really important. We feel that it is very wrong that some children have been raised in an expectation of never having to support themselves, that somehow everything will always be sorted out by the bank of Mum and Dad. The way that rich people hoard their money and manage to pass it on, largely intact, is very wrong.
Gary, 61, Reading

‘We will leave our inheritance to charities’ 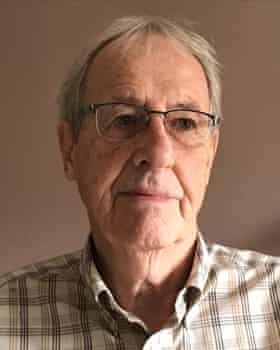 I’ve always ensured that my four sons (two are stepsons) are encouraged to stand on their own two feet. They have all “stumbled” occasionally and I have been able to provide some support – though always on a “I’ll help those who help themselves” basis. I have seven grandchildren (aged 21 to six) and I treat them in the same way.

I have £100k of money and a house currently worth around £400k. I am keeping that for my wife and I if either of us are in need of care – why shouldn’t we use that money to pay for ourselves? We have agreed that we will leave our inheritance half-and-half to a UK charity and one dedicated to overseas support. We have informed our sons of our decision and they are without exception totally supportive.
Andy Borthwick, 75, former senior education officer and overseas consultant, Petersfield 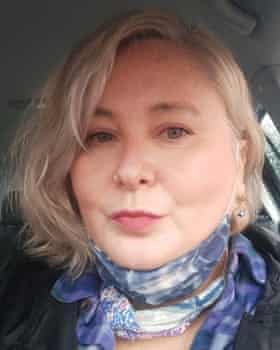 ‘I believe it’s a child’s right to have it’

I don’t have much, so my son, who is five, will get 100% of my legacy. I believe it’s a child’s right to have it. Obviously, if it’s a huge inheritance, and children are well provided for, then the rest can go to charity. It’s incredibly important for people who are suffering long-term illness, disability, or have limited chances to get on the property ladder, that they should get by without constant fear.

Single women are heavily impacted by adversity, changes in the labour market, and ageism. Many people are one pay cheque away from homelessness. In big cities it’s even more important that 100% of one’s inheritance goes to far less fortunate and struggling descendants who don’t have even half the privilege of a generation ago in terms of home ownership, lifelong jobs, and lack of incredible student debt. This isn’t the generation of extremely entitled pampered kids. It never was. Maybe for the 1%.
Jen M, freelance writer, 52, London

Where would I be without my group chat? In praise of my Whatsapp group | Sophie Brickman