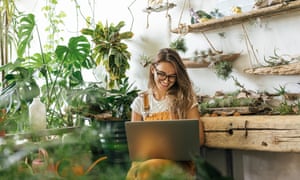 On a cold December day in 2019, Aisha Jade was huddled at her stall at London’s Surrey Street Market. Earlier that year, Jade, inspired by her Jamaican roots, had launched Carisips, a brand of natural drinks spiced with Caribbean flavours such as tamarind, ginger and sorrel. “I went to the market to test trade – to get feedback from customers in order to improve the product,” she says.

Passerby Jon Quintanilla Del Mar, owner of Quintanillas’ Cordials, struck up a conversation – and generously imparted his knowledge of the sector. As well as getting her to think about the cost of her time and pricing, he told Jade “how to improve the taste and the flavours, gave me advice on manufacturing processes, preserving, even what sugar level it should be at so as to avoid the sugar tax when I get bigger as a company”, she says.

Eventually, she followed his advice. One year later, they’re still in touch, and Jade’s new zesty tamarind cordial – which can be made into a drink, drizzled over ice-cream or used as a marinade – is her best-selling product.

Hannah Cox, founder of Manchester-based business consultancy Betternotstop, has found that small businesses have really rallied together during this time. Like the weekly rounds of applause that took place at the beginning of the pandemic to recognise NHS workers, a supportive energy seems to have arisen within the small business community – leaning on one another was a natural reaction. During this precarious time, there’s strength in numbers. 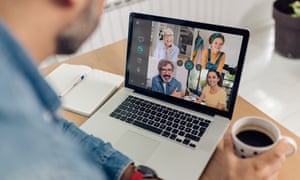 Groups have sprung up to help small businesses add value to each other. Photograph: RgStudio/Getty Images

Actively seeking out advice from fellow business owners is something Kirsty Taylor-Moran, who owns zero-waste shop Sugar and Scoop in Ware, Hertfordshire, also swears by. When setting up, early in 2020, she found a Facebook group for zero-waste shop owners, which was full of advice on stockists, ethical and sustainable suppliers, requirements around food safety, and waste and recycling. “I can’t even think of a topic that’s not discussed in that group. There’s so much research that goes into finding suppliers, but a lot of that hard work was done for me,” says Taylor-Moran.

One of the founding members of the group has been particularly helpful, she says. “Tiriel Lovejoy has three zero-waste stores in Bristol, so he’s quite experienced. What’s so nice about the group is that it’s not competitive or secretive at all. We recognise that we’re in separate areas. It’s more about reducing plastic waste, rather than monopolising.”

The collaborative spirit is something that has not just steadied but changed the course of Cox’s business. Prior to the pandemic, Betternotstop had been offering overseas retreats for burned-out business owners to regroup, reprioritise and explore new geographies for opportunities. But when Covid hit, Cox had to rethink her plans.

Fortunately, she had recently set up what she calls an “accountability group”: eight small businesses from diverse sectors, hand-picked to be part of a support network, with monthly workshops helping to add value to each other. The group – all with positive social and environmental impact as part of their core values – was instrumental, says Cox, in encouraging her to transform Betternotstop into a consultancy purely dedicated to helping businesses achieve those kinds of goals.

They sounded out who she really wanted to reach and offered honest feedback about Cox’s tendency to get distracted from her main business goals. She even did pro bono consulting for one of the members of the group in order to become more experienced in the steps involved in achieving B Corp status, which has seen heightened interest during the pandemic. Helping businesses become B Corp-certified is now the main service Cox provides. “After the crazy year we’ve had, I don’t think I could have done it without [my group],” she says.

What did Governor Andrew Cuomo allegedly cover up?