From debates over whether a scotch egg constitutes a substantial meal to questioning whether takeaway tea could be considered a picnic, over the past year the way we dine has had to be constantly redefined. And for the independent businesses keeping us fed during this tumultuous year, a flexible and adaptive mindset has been crucial.

Though many small businesses have faced challenging times, others have embraced the unknown, and despite some ups and downs, are showing that out of chaos, can come reward. For Mandira Sarkar, owner of Mandira’s Kitchen, and deluxe doughnut makers Project D, pivoting quickly has become almost as much of an art form as their products. 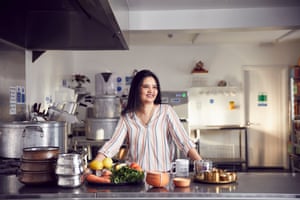 Sarkar’s business, launched in 2016, is based in a converted 16th-century barn outbuilding overlooking the picturesque Silent Pool lake near Guildford, Surrey. With an all-female (“except for one very brave man”) staff of 20, it produces home-style freezer meals – authentic, healthy dishes such as watercress dal and chicken xacuti, plus a range of samosas and biryanis. The business has a catering service, an onsite cafe and shop, and a cookery school. Pre-pandemic, it also offered spice tours for groups keen to learn about Indian flavours, followed by a meal in the cafe. But Mandira’s Kitchen has had to adapt almost every component of its operations.

“In March 2020, we were sitting quite pretty,” says Sarkar. Demand for their freezer meals was steady, and they had a regular stream of customers picking up food from the shop and visiting the cafe. Plus, “the catering calendar was completely full, as were [bookings for] cookery lessons”. And then, of course, everything changed. “We saw almost the entire catering calendar completely disappear in one afternoon in March,” she says. Indeed, with continuing restrictions on large gatherings, the UK catering industry has been one of the hardest hit sectors. 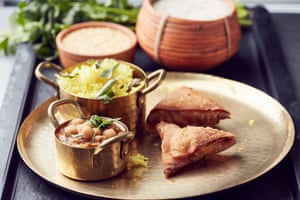 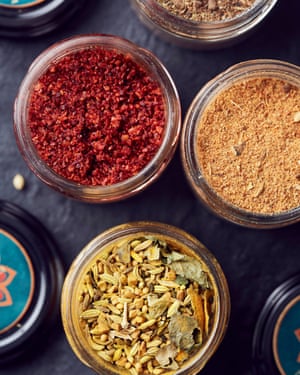 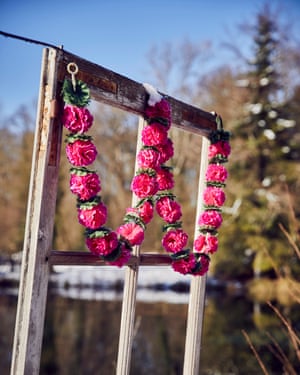 And for food businesses like Sarkar’s, and for Project D’s who rely on foot traffic in city centres, the impact of the first lockdown was disastrous. Launched in 2018 by 27-year-old friends Max Poynton, Matthew Bond and Jacob Watts, Project D is a playful take on premium doughnuts, sold at kiosks in shopping centres and events, as well as corporate gatherings. When shopping centres saw an almost 45% dip in footfall when Covid hit, Poynton admits to initial panic. “We’ve got all these staff members, we’re like a family at work,” he says. “The last thing you want to do is let anybody down.”

When they had to close their kiosks, the team had to completely rethink their business model. “We initially furloughed our 26 members of staff,” says Poynton. A few weeks later, though, as public demand for baking essentials skyrocketed, they brought them all back – Project D’s access to local farms had put them in a good position to sell eggs, flour and yeast. “We got our gazebo out and we were popping up in village car parks and town square car parks. We had hour-long queues for eggs. Looking back, it was really insane,” Poynton says. Once given council permission to sell doughnuts alongside the other staple essentials, they also started a doughnut delivery service, which has continued to attract high demand.

Sarkar, too, remembers panicking “for about two days”, but then she and her team quickly got to work. Farm shops – the main customers of their freezer meals – were themselves struggling, so she began to market to individual customers instead. Launching a brand new website, Sarkar pushed out the message that their tasty, healthy meals were perfect to have at home, and available at the click of a button. Local orders were soon followed by UK-wide demand. 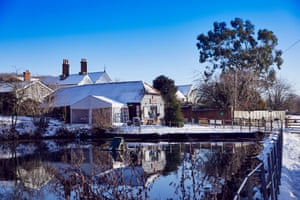 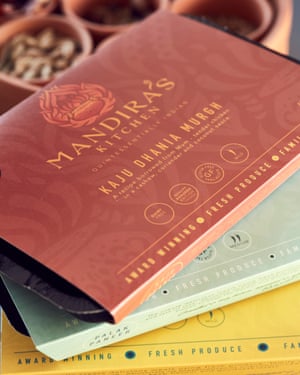 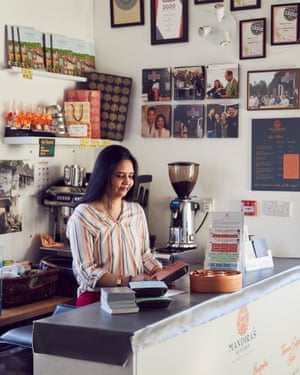 Sarkar kept innovating. First she enhanced her click-and-collect service, offering weekend thali feasts, a three-course meal complete with a Bollywood playlist, a quiz on India, and takeaway picnic baskets. They began to collaborate with a nearby vineyard and gin distillery, offering meals with accompanying wine, and jointly marketing to customers against the backdrop of the growing consumer movement to buy locally. Sarkar is also leading a weekly free cooking lesson that people can follow on Instagram Live. A special kit of six spice blends can be ordered beforehand to ensure the outcome is authentic. All these adaptations, says Sarkar, have resulted in their pandemic-era sales far outstripping the previous year’s.

Both Sarkar and Project D mention the importance of persevering even when the going gets tough. “We’ve always had the attitude of never giving up,” says Bond. “We have this dream, this project, which we hold so dearly. And when that was nearly taken away from us, with everything that we put in, we weren’t ready to give up.”

Strong branding was also key to Project D, who sold eggs using trays in their signature bubblegum pink. Their scooter, mini pickup truck, forklift and even the floors of their new bakery are all painted in the same shade. 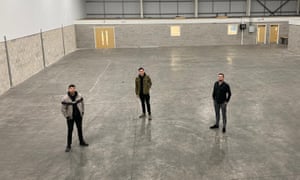 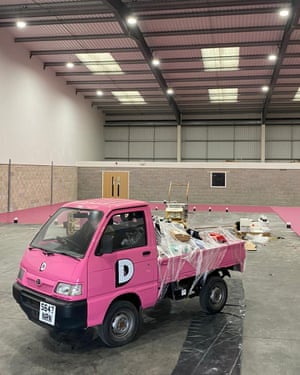 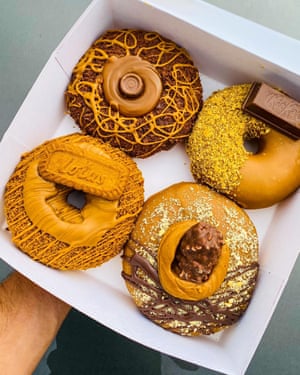 Although difficult in a pandemic, planning ahead as best as they can has also been an important element of their success. As the end of the Brexit transition period loomed, the team stockpiled some of their ingredients. “And we were right to do that, because some of our wholesalers actually ran out of some of our key ingredients,” says Poynton.

For both of these independent food businesses, the past year has been hectic, often stressful, but in the end, hugely rewarding. For Sarkar, it has sometimes meant 18- or 19-hour days at work. “You can probably see the bags under our eyes,” she says. “But we’ve constantly, every day, innovated, adapted and been flexible at every single stage.”

What did Governor Andrew Cuomo allegedly cover up?

Cocktails kits and bubble toys via post: can home delivery drive growth for small business? | Getting back on track