A HIP HOP fan has revealed how he’s built a £1m business helping stressed pets – thanks to his friend’s dog.

IT consultant Amman Ahmed, from Manchester, was hoping to break into the music business, but instead hit on an idea to stream music and videos to calm anxious animals. 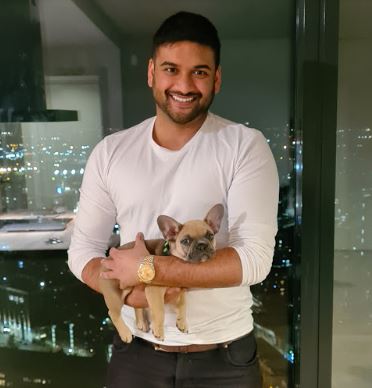 The IT expert now helps over ten million pets around the world though his ‘Relax My Dog’ and Relax My Cat’ streaming services.

He’s one of thousands of new business owners who’ve turned an idea into a successful money maker.

Today, The Sun launched a competition to give kitchen table entrepreneurs £250,000.

DO you have a big idea for a small business?

We’ve teamed up with Camelot to give 50 Kitchen Table entrepreneurs a helping hand to launch their business dream.

Our panel of experts will choose the winners and grants will be allocated in June and July.

Amman’s subscription channels play calming music especially deigned to combat stress and calm nervous furries, along with outdoor scenes such as woodland shots and dogs going for a walk.

Ammam, 34, said: “I never intended to set up a business for pets. My original plan was to create hip hop tracks.

“I advertised online to find someone with music production experience and hooked up with my now business partner Ricardo Henriquez, who lives in El Salvador.

“As soon as we started working together, he mentioned his dog was really stressed. 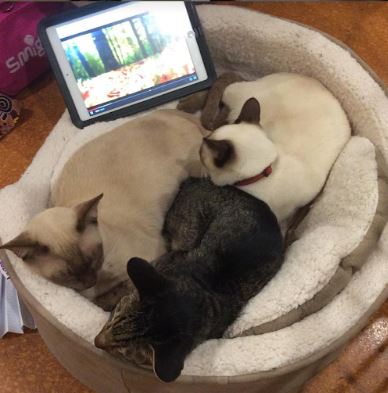 The calming music is supposed to help chill out your furry friendCredit: KE campaign 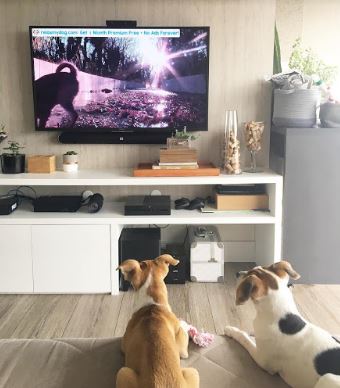 “At the time back in 2011, there was a lot of political unrest with street violence nearby and gunshots, which made his pooch Rocky very jumpy.”

The pals began to research ways of soothing Rocky’s anxiety and discovered dogs like certain types of calming music, along with videos of nature.

Amman explains: “It sounds wacky, but it worked. Rocky would relax and fall asleep within minutes.”

The excited pals began working on a trial playlist  – and it sparked an idea for an unconventional business.

Amman continues: “We knew we were onto something but we had no money for scientific research, so we put our experimental content onto YouTube and asked for feedback.

“At first, a lot of the feedback was negative – people thought it was a crazy idea. 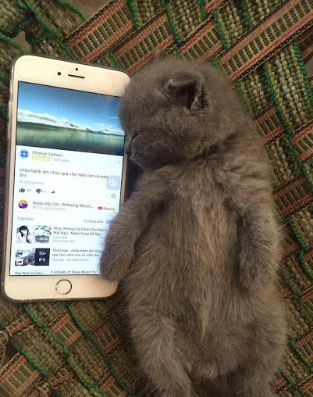 “But as we refined our formula and improved the videos, the word spread as pet owners could see that it worked.

“Every comment we received helped us progress the product and we now have a formula which works on around 87 per cent of cats and dogs.

‘We have people telling us that they’d tried everything from therapy to medication and came to us as a last ditch resort – they actually thought it was a joke until they started using our service and they say it has changed their life.”

Amman’s clips feature virtual walks, natural scenes and relaxing songs to send pets to sleep and the products are used in 100 countries worldwide.

The IT expert said: “I never thought that I’d end up making soothing music for pets, but it feels amazing that we now help millions of pets to relax in what is a very stressful world.”

The popular channels have viewers all year round, with pets consuming 1,000 year’s worth of content every 28 days.

But usage peaks on key days including New Year’s Eve, Diwali or Bonfire Night, as owners battle to calm pets left terrified by fireworks and the noise of revellers.

The service is also popular with ‘pet parents’ who work long hours and want music to keep their animal company.

Subscribers pay £4.99 a month for unlimited access to the streaming service on RelaxMyDog.com and RelaxMyCat.com.

The service is so popular that the business is now worth eight figures, but the pals have refused offers to buy them out.

Amman continues: “We do get some people who refuse to believe what the business does or just start laughing hysterically – but the last laugh is on us.

“Not only are we having a positive impact on the mental health of cats and dogs all around the world, we’ve also built a very successful business too.

“As it was such an unusual idea, we didn’t get funding or outside investors, but set it up with just £1,000 and grew it organically.

“It’s so successful because we have listened to our customers to hear what works best for them and adapted our service as we have gone along.

“We have made mistakes, we have had ups and down but we have kept listening and refining what we do so we can give our owners and pets the very best service.

“Life as an entrepreneur is a roller-coaster of emotions but I would not have it any other way.

From a cat feeling the cold weather to an attention-seeking dog, we answer your pet queries.

Brits working from home in the first coronavirus lockdown share hilarious snaps of their cats and dogs trying to distract them.