Cow parsley, daisies and towering monkshood had all but consumed the headstones in the graveyard around the old parish church in Warter. Bumblebees and dingy skipper butterflies busied themselves at the stamens, while sheep mowed the slope yonder and a red kite hovered hungrily over a thorny hedgerow. Having mooched around indoors – the church is now the Yorkshire Wolds Heritage Centre – I sat on the grass to picnic on a slice of fruitcake topped with a slab of wensleydale cheese and tea from my flask.

Were the scene any more stereotypically Yorkshire, I’d have seen Nora Batty chasing Compo down the lane with her broom. While Last of the Summer Wine was based in Pennine West Yorkshire, I was in the East Riding, specifically, the chalky uplands of the Yorkshire Wolds. Somewhat overshadowed by the more dramatic Moors and Dales, the Wolds seem to have largely avoided tourism’s double-edged embrace. That may be about change as Area of Outstanding Natural Beauty recognition is in the offing. But that wasn’t why I was here.

Among this bumpy quilt of hay meadows and stripy arable are a few small plots dedicated to the production of wine. Some of these vineyards (three in the Wolds, three a little farther afield) have now united under the banner of the Yorkshire Wine Trail (YWT), which invites intrepid gluggers to seek out the county’s finest. For an area of such changeable weather, Yorkshire may seem an improbable terroir. In the Wolds’ favour, though, is its soil: “Chalkshire” has the same favourable geology as viniferous Kent and, indeed, the Champagne area of France.

Ian Sargent, owner of Laurel Vines in the village of Aike, north of Beverley, and chairman of winemakers group WineGB Midlands & North, is the man behind the trail.

“We wanted to show people that there’s more to English wine than the sparklers in the southern counties,” he said.

When people ask me what our wines are like, I say, ‘It’s like wine. Try it and tell me what you think’Ian Sargent, Laurel Vines

The trail follows a wiggly circle around the county that stretches as far as the fringes of Leeds to the west, York to the north and Hull to the south-east. The three vineyards in the Wolds are close enough to visit by bicycle over two relaxed days, though to do them all you’d need four wheels. YWT has also teamed up with local Blue Badge guide Tim Barber for those keen on expert knowledge.

As I walked with Sargent and his daughter Rebekah around their vines, they explained how the ultra-hardy German-born varieties they use (ortega, solaris and phoenix among others) can thrive in a cooler environment.

“We have no fixed wine recipes,” said Sargent. “Perhaps in years to come we’ll settle on a few, but right now it’s all up for grabs.” 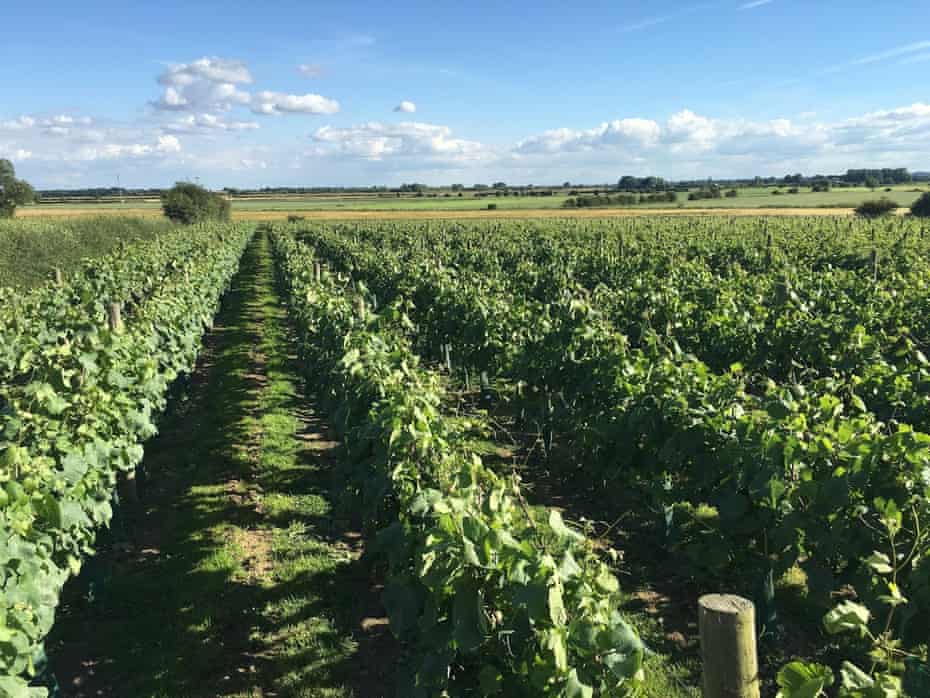 Our tasting experience, around a folding table, was led by an affable guy who until that point had been busy pruning vines outside. The purple prose of typical tastings was replaced with accessible language that matched wines of the same character. His trustworthy-sounding Yorkshire accent made things even more down to earth.

“We’ve had enough of pseudo experts telling you what you should be smelling and tasting,” said Sargent. “When people ask me what our wines are like, I say, ‘It’s like wine. Try it and tell me what you think’.”

If you visit at the right time this September Ian might invite you to join in with the grape harvest (contact Laurel Vines at the end of August if interested). Visitors are welcome to picnic among the vines at other times.

While an unembellished feel pervades his offerings, Sargent is bent on producing wines of quality. The Michelin-star Pipe & Glass, down the road in South Dalton, is an advocate: it has three of Laurel’s wines on the list. Book way ahead if you want to dine there and/or stay in one of its fetching rooms. Instead, I hopped in the car to the more keenly priced (but still characterful) Hotham Arms for a pint o’ best, a handsome ploughman’s lunch and a nostalgia-filled sausage roll.

My digs for the evening were in York – mainly because I’d booked to eat at the Bow Room Restaurant, chef Adam Jackson’s new place – but those keen on staying close should look to Beverley (try the Kings Head and for the best fish in town, there’s Cerrutis).

The next day I drove to Little Wold Vineyard, run by three generations of the Wilson family just outside the village of South Cave. Granddaughter Alice gave me a short tour of the vines on their steep south-facing slope. For years this dusty plot wasn’t much use to them, but now it’s lined with seyval blanc and red rondo grapes, whose extra-large leaves soak up the fleeting sunshine. 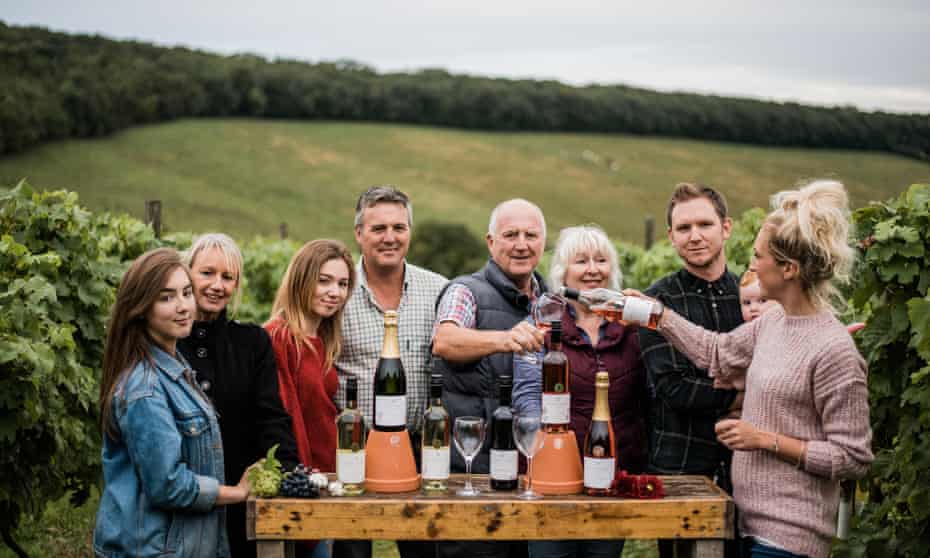 Alice was open about the family’s arable farming roots and the sharp learning curve they’ve been on since starting out in wine in 2012. Now they’re bent on making wines that are as “approachable” as possible.

“Something my friends and I can enjoy,” she says, “but with a balance that wine lovers will appreciate.”

The vineyard backs on to the Yorkshire Wolds Way, a 79-mile path that scribbles its way along the soft topography, offering scenes coloured in by oilseed rape, borage and beech

Their flagship Barley Hill white has a medium-dry character to woo newbies, and medals to tempt Team Majestic. A new tasting room is under construction, which will form part of the tour, but for now visitors can try the wines in the events space, which has views of the village and vale below.

The vineyard backs on to the Yorkshire Wolds Way, a 79-mile path that scribbles its way along the soft topography, offering scenes coloured in by oilseed rape, borage and beech. The area is not quite as effulgent as David Hockney and his Wolds series might suggest, but it comes close. If you commit to a ramble, keep an eye out for the exhibits of the Wander Art Trail, which includes Chris Drury’s Waves and Time, a contemplative spiral of ridged and furrowed earth near the chocolate-box village of Thixendale.

I skipped the walking and drove straight to Thixendale and the gallery and studio of artist Robert Fuller, who has dedicated his life to studying the local wildlife (he was caring for a baby stoat when I visited). I spent a happy hour perusing his portraits and choosing a worthwhile souvenir. For something more historic, Castle Howard (which served as a backdrop in Netflix’s Bridgerton series) will make the green-fingered swoon with its arboretum and walled garden. The nearest town is Malton, dubbed “Yorkshire’s foodie capital”, with delis, coffee shops and restaurants all holding each other up around its old-world market square.

My next stop, though, was Ryedale Vineyards, a few miles south of Malton, where a 15th-century farmhouse sits at the centre of a bucolic plot that maintains the unmanicured feel of a working farm. There are two House & Garden-vibe guestrooms in the eaves for bed and local breakfast. 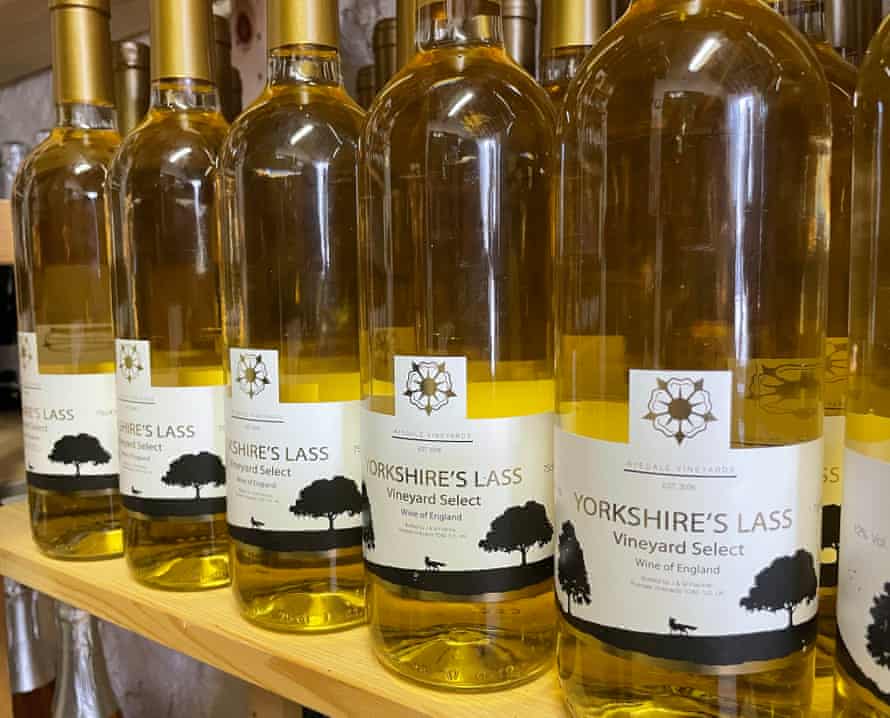 Owner Jon Fletcher shook my hand at the kitchen door before popping back inside to get his tweed jacket and flat cap. On our walk round I asked some flowery questions about his feelings about the wine and the land.

“The problem there is that you’re asking a Yorkshireman to talk about his emotions,” he said, with half a wink.

We moved on to the winery (in former stables) for a quick swig. I left with a bottle of fizz, whose tasting notes read, “Fruity enough to make a Yorkshireman blush!”

“All the care and none of the hot air,” as my friend the corkscrew merchant put it. In retrospect, I really should have written an article in the same vein: Yorkshire does good wine. Visit and try it. Don’t expect any bells and whistles.

Living the stream: glamping in an American Airstream trailer … in Somerset | Glamping

Holiday: What travel rules are changing in October?

Travel: When is the next update and what countries have moved lists?

Ski trains to resume between London and the French Alps | Eurostar

Holidays: Where is hot to travel to in autumn and winter?