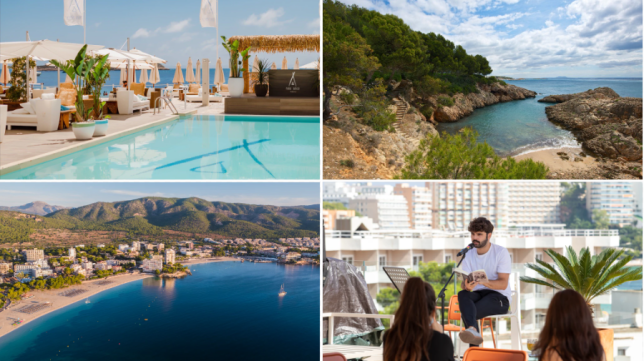 In a twist of fate, Magaluf is now genuinely quite pleasant (Picture: Alamy/Miquel A. Caellas/George Williams/iStock/Nikki Beach Mallorca)

It’s 7pm and a champagne cork has just flown through the air. It’s come courtesy of the loved-up couple feasting on an enormous plate of oysters while discussing whether tomorrow’s lunch should be the lobster at the nearby fine dining restaurant or the Spanish delicacies at Tast, a Spanish restaurant overlooking a pretty pedestrianised plaza.

But no, I’m not in a gentrified Madrid neighbourhood or in one of Barcelona’s leafy plazas – I’m in Magaluf.

Yes, you read that right – this is the party island whose boozy Brits-abroad antics fuelled six – six! – seasons of ITV2 reality series Magaluf Weekender. But there’s a transformation under way.

As of this summer, happy hours, 2-for-1 drinks deals, party boats and pub crawls are all banned, and shops can no longer sell alcohol between 9.30pm and 8am.

It’s actually the culmination of a seven-year regeneration plan to transform the seaside town’s beleaguered image but even before this season, visitors would have noticed things changing.

In recent years 70% of visitors are now families and couples rather than those on boisterous hen and stag dos. In 2018, Momentum Plaza – a pretty, pedestrianised zone set back from the beach – was unveiled and today it’s filled with smart boutiques and upmarket restaurants.

Amazingly, the town even has an annual literary festival whose last outing included How To Build A Girl author Caitlin Moran. 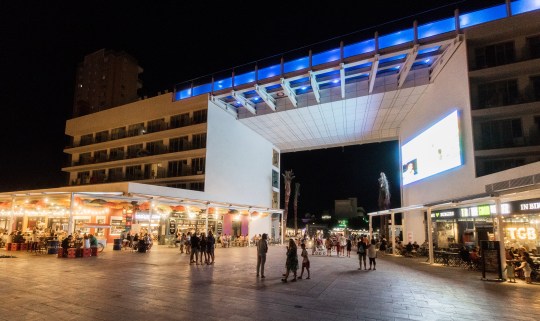 Yes, that is a swimming spot in the sky (Picture: Supplied by Innside Calvia Beach Hotel) 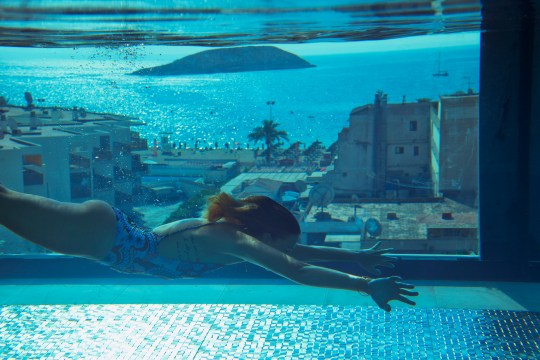 A pool with a view (Picture: David Ralita)

Not a bad place to relax (Picture: Nikki Beach Mallorca) 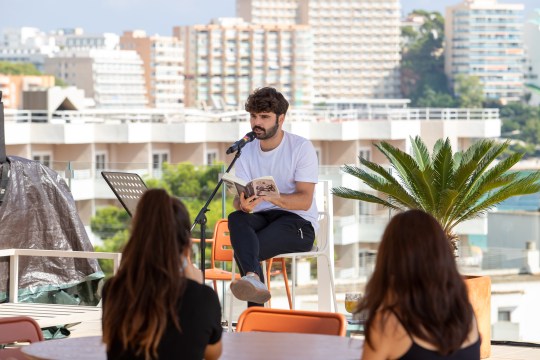 But how did Magaluf first become, well, Magaluf?

In the 1960s, Spain revived its struggling economy by ushering in beach-based mass tourism, kick-started with a flurry of construction: ugly hotels offering dirt-cheap rooms and bars popular with sun-worshipping Brits who also moved here to run their own.

Magaluf became a seedy beach resort at which growing numbers ended up arrested. Which is why Mayor Alfonso Rodríguez Badal vowed to reinvent the resort, closing rundown bars, banning drinking on the street and imploring visitors to cover up alongside the most recent rules.

He’s also announced plans to extend peak season from March to October in the hope of tempting travellers to come not just for the sun but to explore Magaluf’s backdrop of mountains and nature.

And Momentum Plaza itself is the heart of a project spearheaded by Meliá Hotels, which has ploughed £217 million into Magaluf’s transformation, building family-friendly attractions such as Sol Katmandu (Mallorca’s first combined theme park and hotel) and luxury properties like the low-rise INNSiDE Calviá Beach, with its glass-walled pool spanning two towers.

Now the local government plans to increase the number of four- and five-star hotels here.

So is it all working? Arguably yes. Don’t get me wrong, Magaluf’s reinvention isn’t necessarily designed to attract a different type of tourist. The resort’s main appeal will always be its nightlife and uncomplicated mix of sand, sea and sun.

How to do ‘posh’ Magaluf: 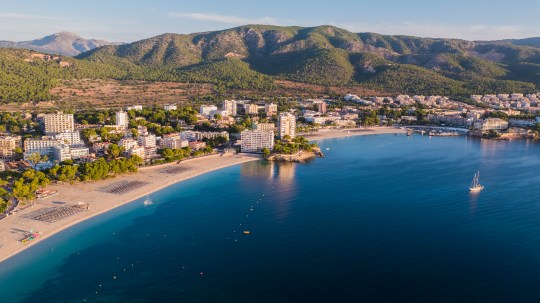 Put together a luxe DIY picnic (a staple of which should be one of the sparkling wines produced on the island, many of which use the Prensal Blanc grape varietal) and enjoy sea air (or walk off that hangover, at least) with a hike along the section of coastal path that connects Magaluf with Palma Nova to the north. 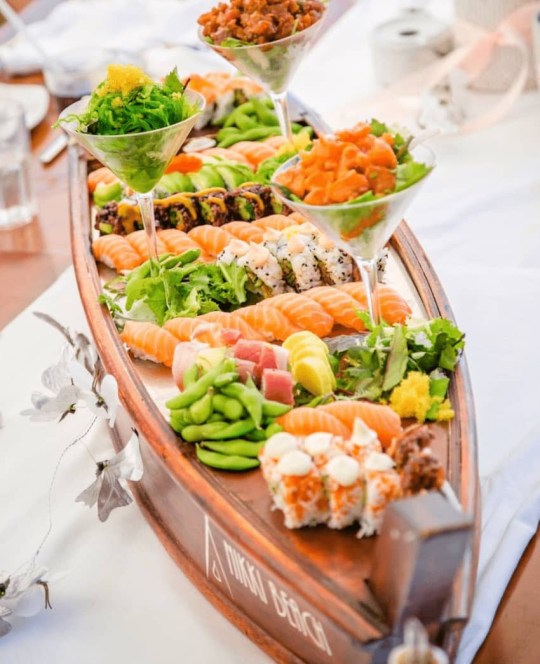 Food that doesn’t have to cure a hangover (Picture: Nikki Beach)

Grab lunch at Nikki Beach, which is known for its ocean-fresh seafood. Splash out on a huge plate of oysters or the beach club’s legendary Sóller prawn carpaccio. Wash it down with a glass of Taittinger, of course. 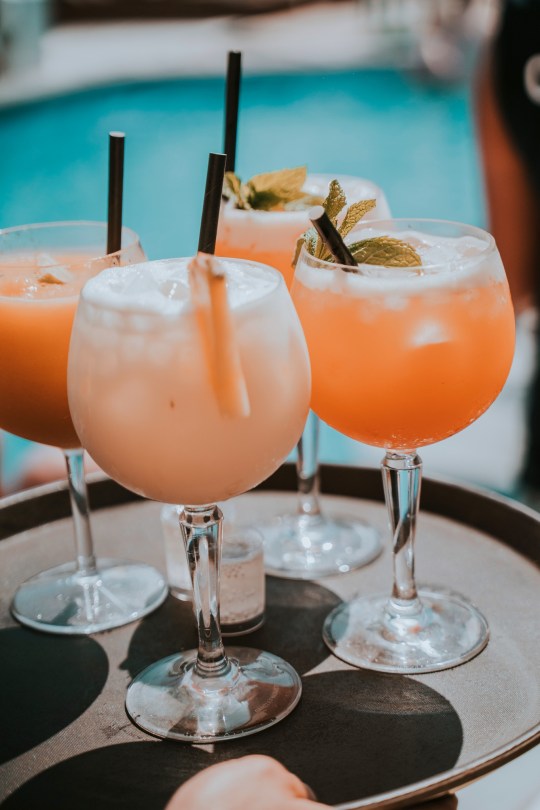 Rent one of the swanky VIP areas at Oceans Beach Club. These include everything from roped-off areas with day beds and hammocks to cabins kitted out with top-notch sound systems.

My fellow holidaymakers aren’t necessarily the type of traveller who’ll follow up their holiday in Magaluf with a visit to Palma’s Es Baluard contemporary art museum. But the bad behaviour has certainly reduced.

The signs urging people to cover up when not on the beach are mostly heeded, litter has reduced and I’m grateful not to witness any public urination or fisticuffs, although that’s admittedly partly due to the presence of local police.

And Momentum Plaza is a roaring success, helping transform Magaluf’s heart into something more than a voyeur’s paradise for debauchery-watching.

It’s a genuinely pleasant spot where I was happy to while away several hours sipping a glass of local rosé and nibbling on a plate of spinach Idiazabal cheese croquettes.

The beachfront is changing too. Its most (and, at one point, only) classy spot is Nikki Beach, a venue with yacht club-inspired decor and immaculately groomed lifeguards.

Nearby, other pockets of poshness are springing up, including the beachfront Zhero Boathouse Magaluf, where moneyed locals munch on quinoa salads. How’s that for putting the ‘aloof’ in Shagaluf?

Flights from London to Palma from £35 return on Easyjet. Rooms at Gran Meliá De Mar (a ten-minute drive from Magaluf) from £198pn.