Hillsides covered in tropical fruit trees, pummelling waterfalls, rocky cliffsides plunging into the Atlantic: the Portuguese archipelago of Madeira is home to one of the world’s most breathtaking landscapes. Throw in some affable locals, an eternal spring-like temperature, hip surf spots, above-cloud hikes and idyllic wild swimming spots, and you’ve got yourself one of the coolest island destinations in Europe. Here’s why you should hit the “pearl of the Atlantic” – and what to do when you get there.

Uncover wild swimming hotspots
Those who prefer to do a bit of breaststroke surrounded by nature (and away from chlorinated pools) will want to explore Maderia’s natural bodies of water. The most famous being the photogenic lava pools in the north-west of the island at Porto Moniz and Seixal, where swimmers enjoy clear seawater pools formed by the Atlantic Ocean lapping into ancient volcanic rock. Poça do Gomes is a more organised place to take a dip near the capital city of Funchal: think sunbeds, lifeguards, staircases offering ocean access and cute natural rock pools. Another bathing area popular with locals is Poço dos Chefes – a rocky pool created by locals in the Valley of the Nuns.

Hike above the clouds
It would be unforgivable to visit Madeira and not hike one of its stunning levadas. Once used to transport water from the wet north to the drier south, these irrigation tunnels, that span 1,900 miles, are now used as hiking trails. There are more than 200 in total, with each offering something different – some take you under waterfalls, others cut into mountains via tunnels you’ll have to crouch through, while others tiptoe above the clouds along narrow peaks, skirting around hair-raising cliffs and descending into pretty villages. 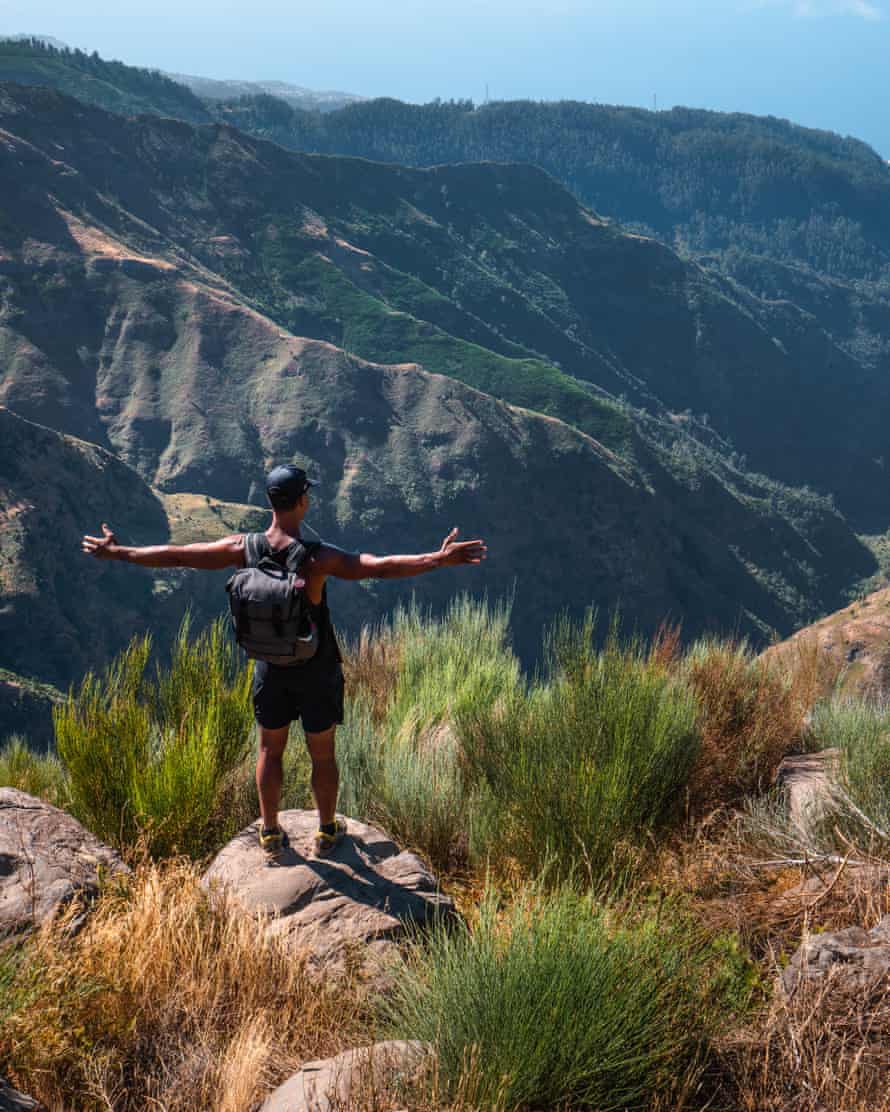 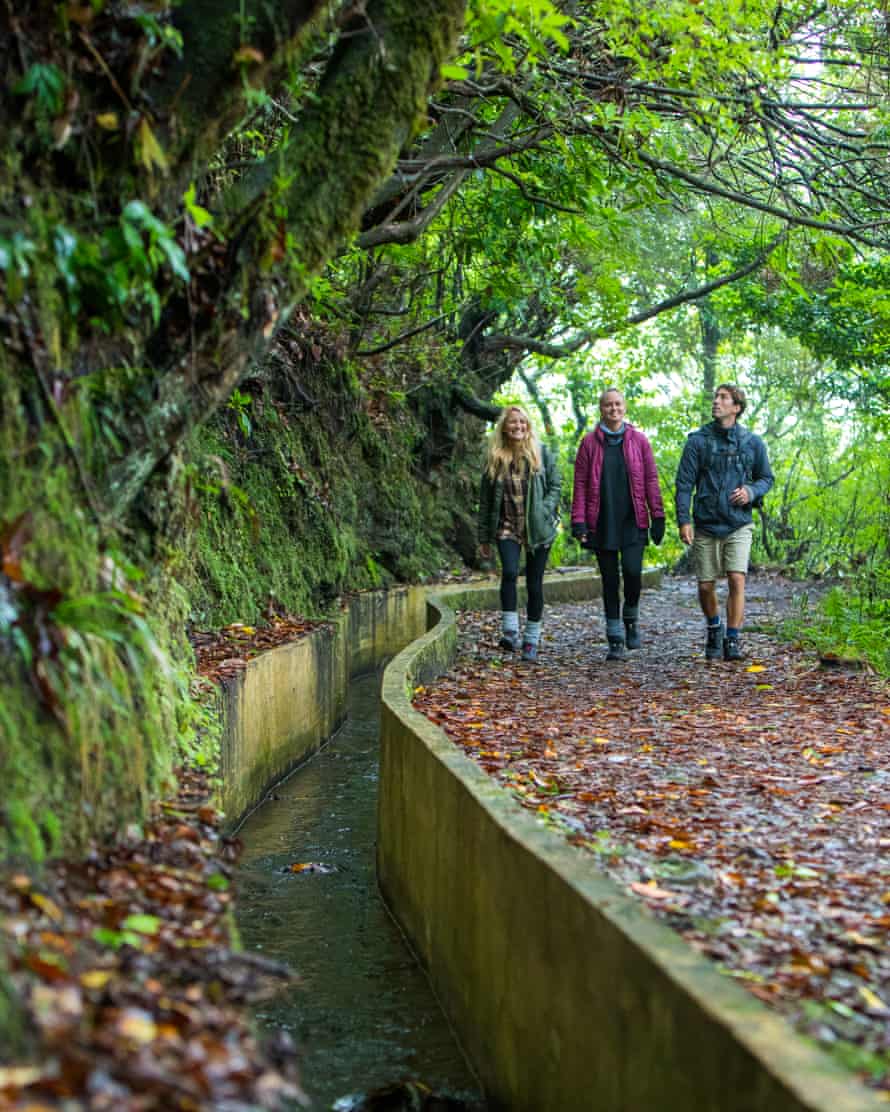 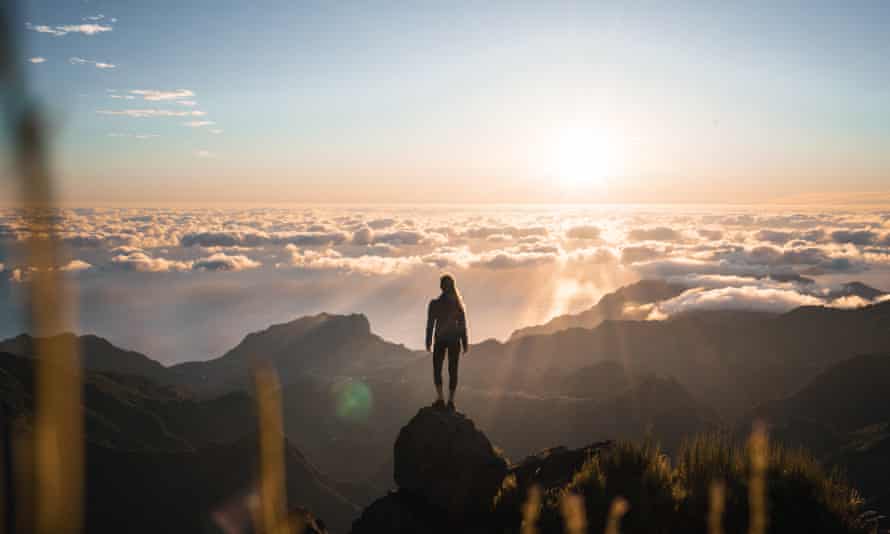 The Pico do Arieiro hike is the most well-known and, on a clear day, offers spellbinding views across the island. Although it’s only a little more than 4 miles long, it’s one of the more challenging as you’ll be hiking at an elevation of 1,500 metres at points. If you’d prefer something less calf-crunching, try the Levada das 25 Fontes, which takes you to a host of stunning waterfalls – a good option for families. You can hike the levadas alone, but it’s best to go with an experienced guide as the weather can change quickly and getting lost is a real possibility.

Discover magical beaches
Madeira has an abundance of superb beaches, one of the best being Prainha do Caniçal – a quaint, craggy cove with a wind-battered snack bar, sandy beach and calm waters. Seixal, in the north of the island, is another popular spot and is famous for its photogenic black sand and dramatic green Jurassic Park-esque cliffs. Pebbly beaches are common in Madeira, so if you’re comfortable with something harder underfoot, Ponta do Sol is a good option. The sunny cove, located on the south-west of the island, comes with an Italian riviera-like charm, a lively beach bar and tranquil waters prime for swimming. Recently it became the world’s first village for digital nomads, so don’t be surprised if you see bronzed millennials beachside stooped over their laptops while sipping ponchas (sugar cane syrup with sugar orange or lemon juice). 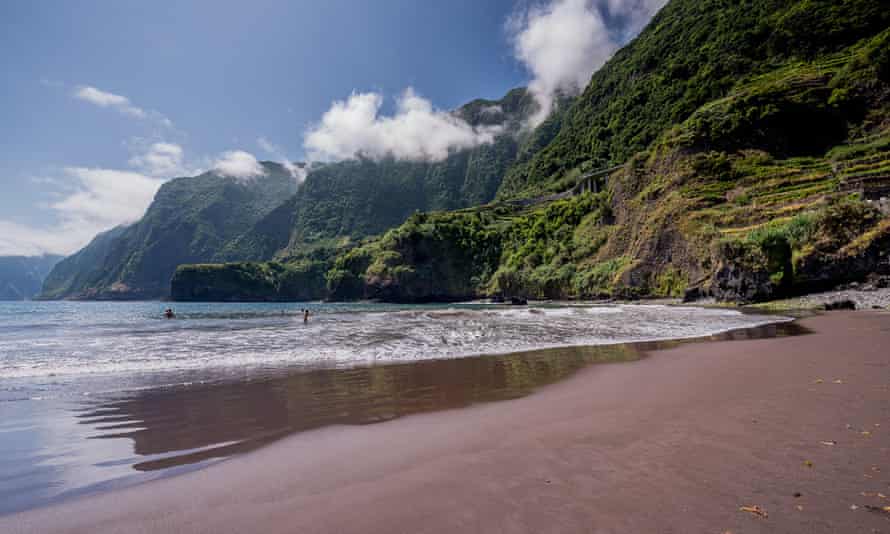 Ride big waves
Serious surfers have plenty of places to carve up big waves in Madeira, with Jardim do Mar the island’s best-known. Once named the best big-wave point break on the planet by Surfer magazine, it’s attracted many professional surfers over the years. Nearby Paul do Mar is another popular spot for advanced surfers, thanks to its reliable surf and glassy cylindrical waves. Porto da Cruz and Machico are more beginner-friendly, offering accessible waves, sand and rock-bottom reefs and affordable surf schools. Paddleboarding is a less adrenaline-filled option for those who prefer a calmer on-water experience. A host of companies operate guided tours, such as AroundFreedom and Madeira Experience. 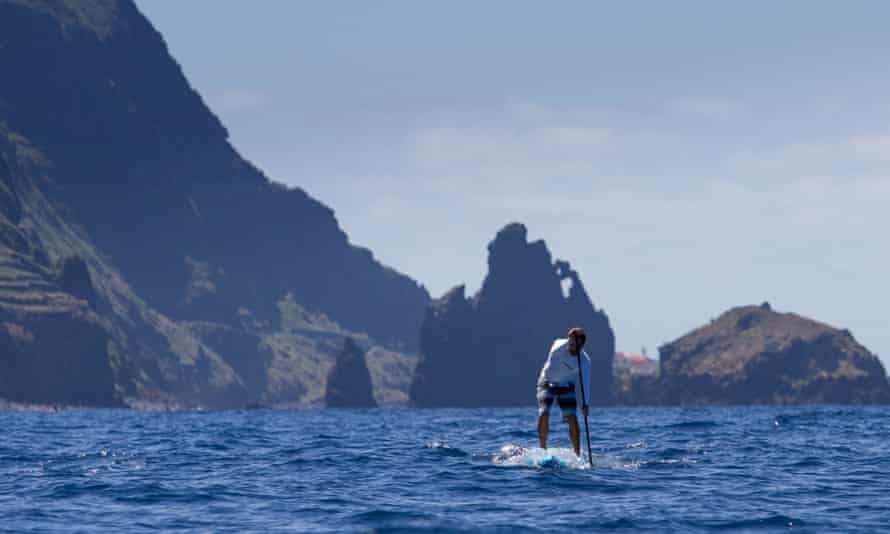 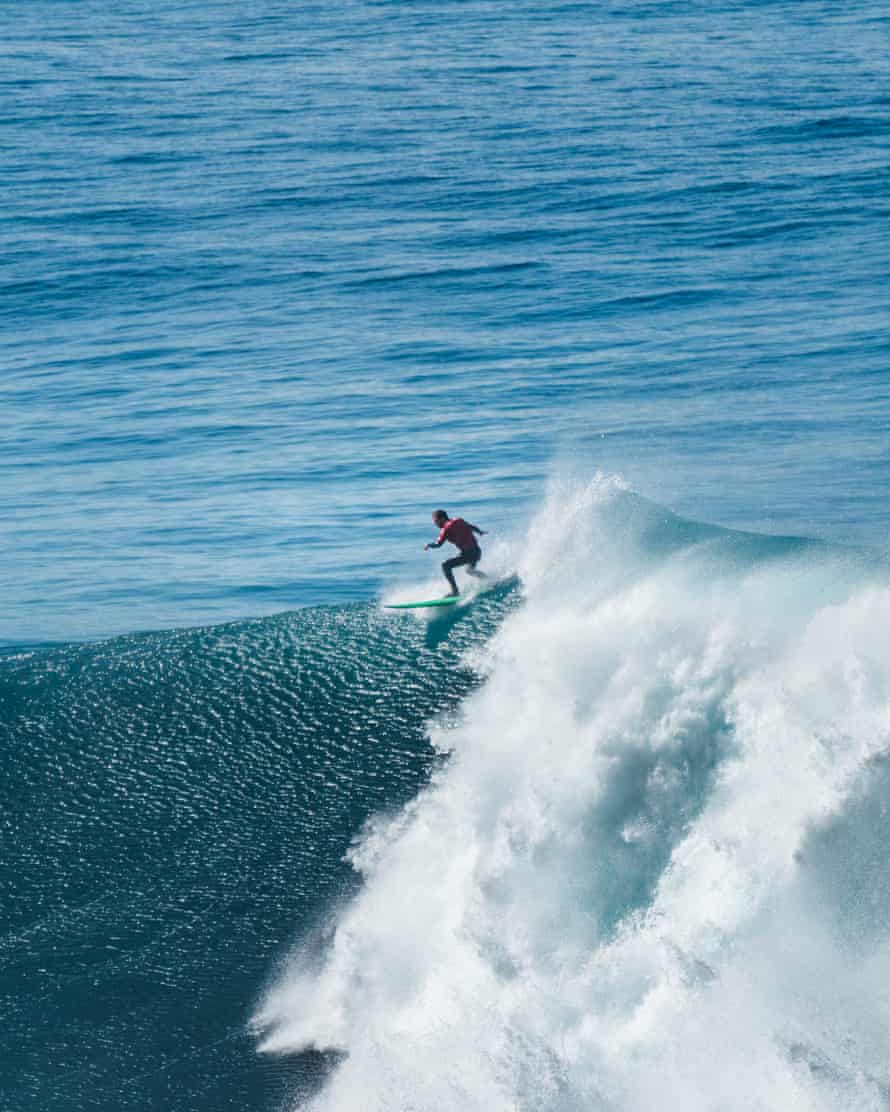 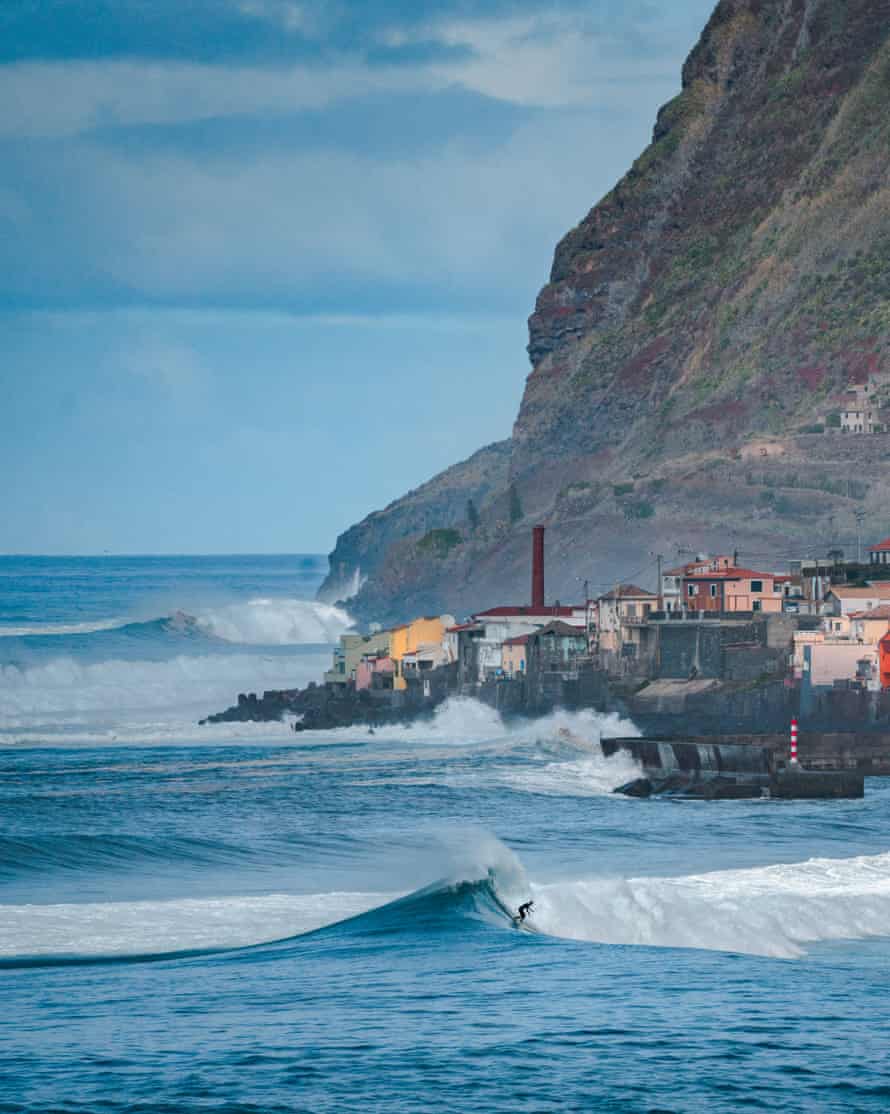 Catch rays year-round
The “island of eternal spring” has an annual average temperature of about 19.4C, though it teeters above and below depending on the season (summers are warmer; winters cooler). The weather also depends on where you are on the island, thanks to an abundance of microclimates. Funchal, Madeira’s capital, is pretty consistent – warm and bright with some showers. The south-west coast (Madalena do Mar, Ponta do Sol, Arco da Calheta and Calheta) is the sunniest area, while the north (Ponta do Pargo, Porto Moniz, São Vicente) is slightly cooler and wetter. Still, you can usually find sunshine somewhere on the island regardless of the season – and you can get from one side of the broadest part of the island to the next in just over an hour by car.

Stay in fairytale settings
Stay in a traditional quinta (country house) with breathtaking views and lush gardens, such as Quinta da Bela Vista, a 19th-century manor house set in eight acres of gardens, or hit the spa at Castanheiro Boutique Hotel – both overlooking capital city Funchal. Nature lovers can choose to sleep under the stars in one of the island’s camping or glamping spots, or stay at sustainable icon Sentido Galomar, a coastal hotel in Caniço that’s 100% energy self-sufficient. For a splurge, the Savoy Palace is one of the most esteemed hotels, known for its cruise ship-like structure, an array of restaurants, pools and opulent rooms designed by renowned Madeiran interior designer, Nini Andrade Silva. 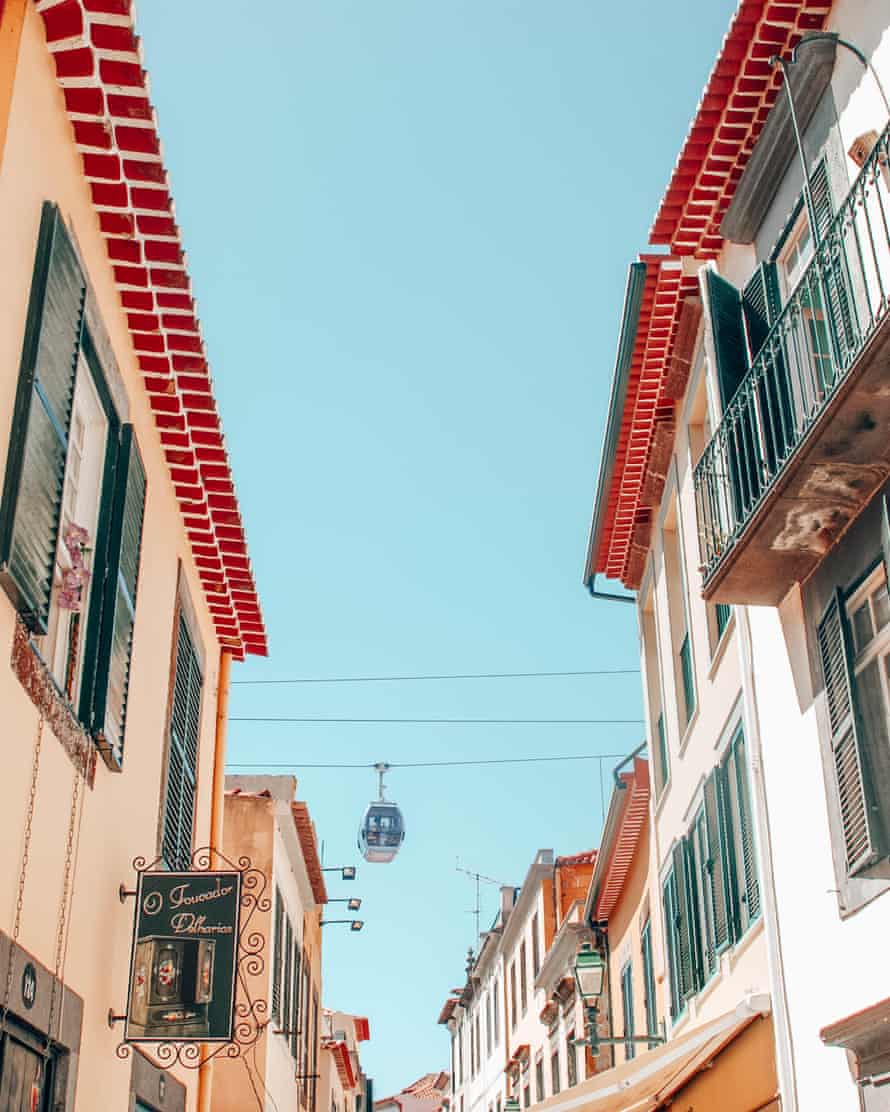 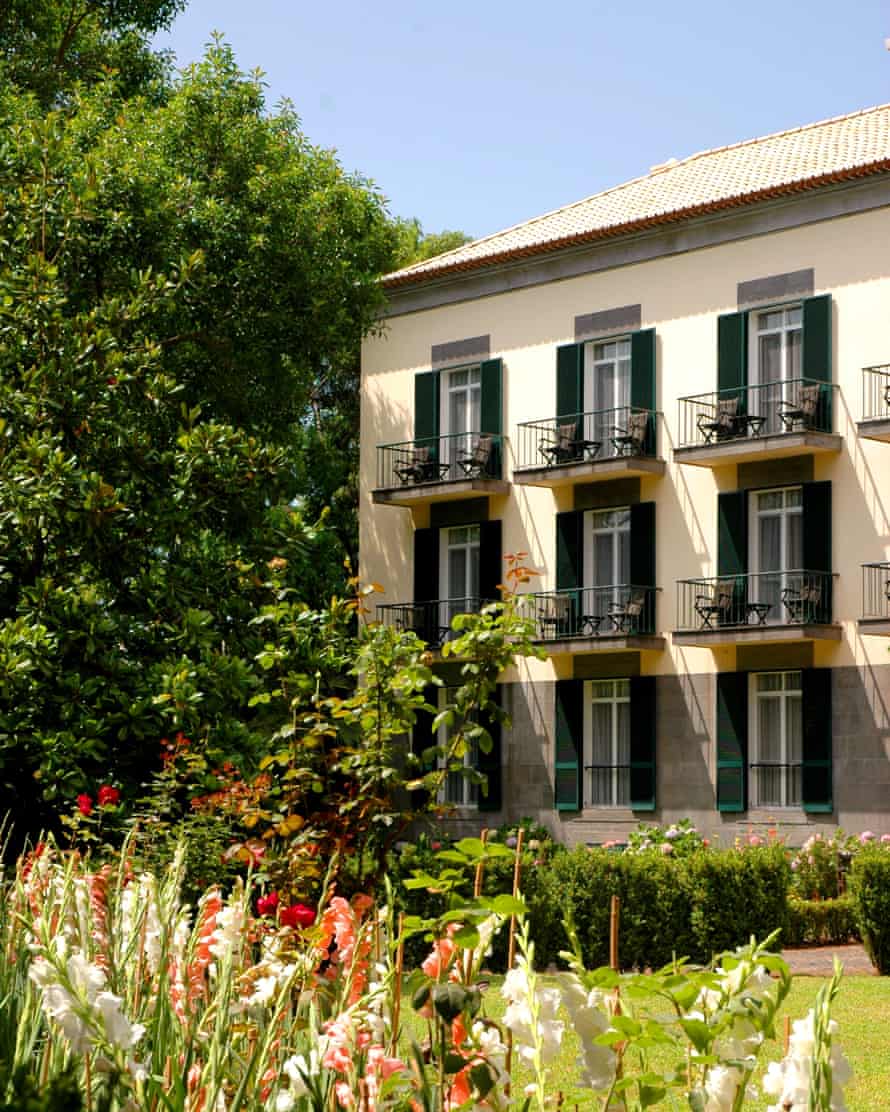 Explore the Atlantic Ocean
One way to see a different side of Madeira is via the Atlantic Ocean that surrounds it. Take a kayak and snorkelling tour around the Garajau nature reserve – a protected marine reserve east of Funchal – to see the rays, barracuda and octopus. Scuba enthusiasts can also explore the wreckages of Madeirense (a cargo ship) and Corveta Pereira d’Eça (a former naval ship) off the coast of Porto Santo, diving to depths of about 30 metres. If you don’t fancy getting wet, boat tours offer an excellent opportunity to see whales and dolphins – tours run regularly from Funchal and Calheta. 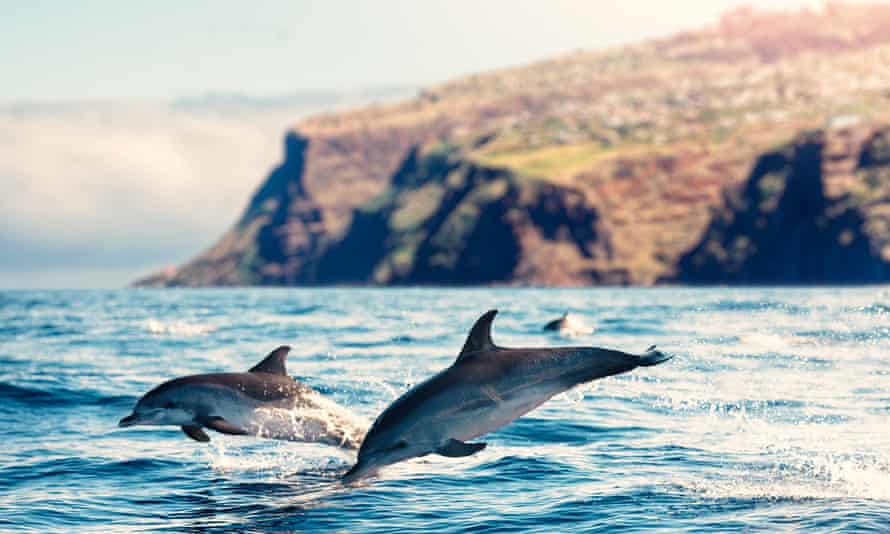 Get high on adrenaline sports
You might not associate Madeira with adventure sports, but it’s one of the best places in Europe for an adrenaline rush. Get high on paragliding above banana plantations, cute hillside villages and the glistening Atlantic Ocean. Canyoning is another solid option for thrill-seekers wishing to experience the island’s topography: think rappelling down waterfalls, natural waterslides and leaping into natural pools. 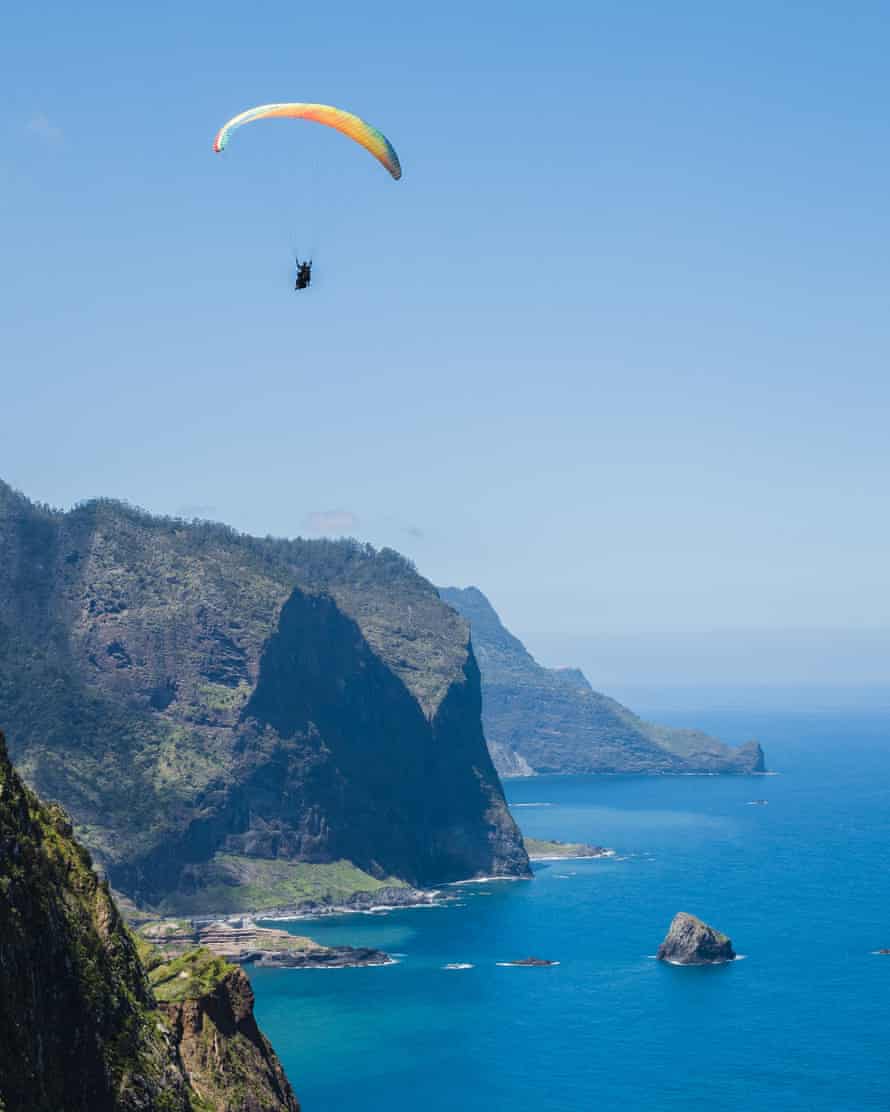 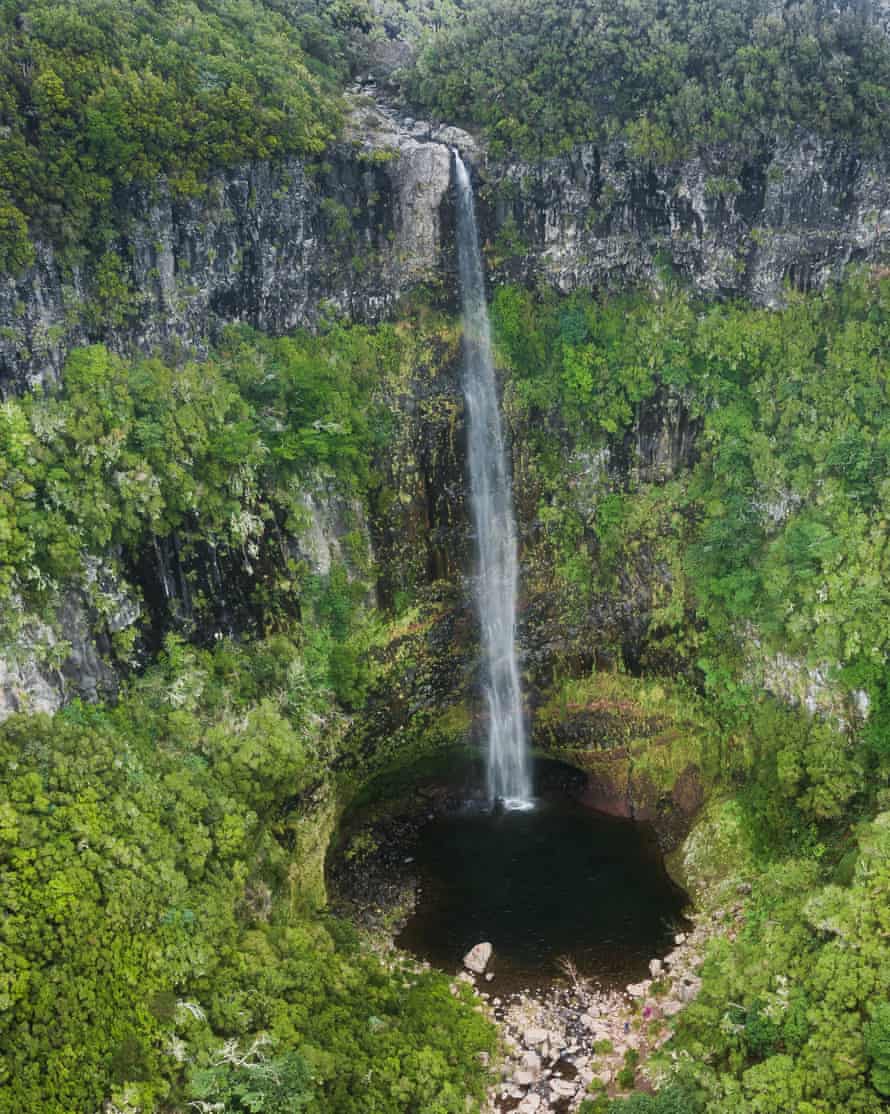 Visit neighbouring islands
Madeira is the biggest island of this volcanic archipelago, although there are others nearby that are worthy of a visit. Porto Santo, a two-and-a-half-hour boat ride from Madeira, is where you go to unwind. The golden island is home to a sandy beach more than 5 miles long – hence the nickname – and crystal-clear waters that rarely dip below 17C. Despite its size, it packs a lot in, from waterskiing, surfing and mountain biking to windsurfing and fishing. There’s also a golf course on the island designed by the late Spanish golfing great, Seve Ballesteros. 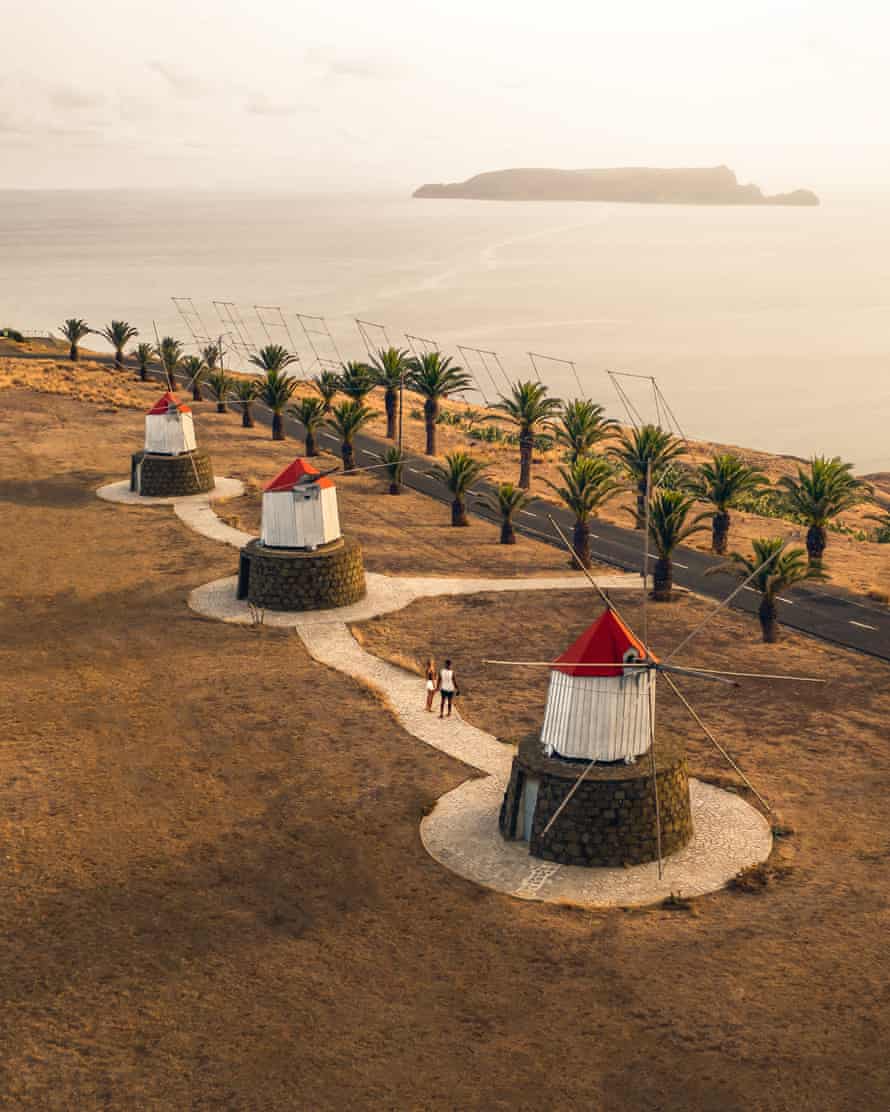 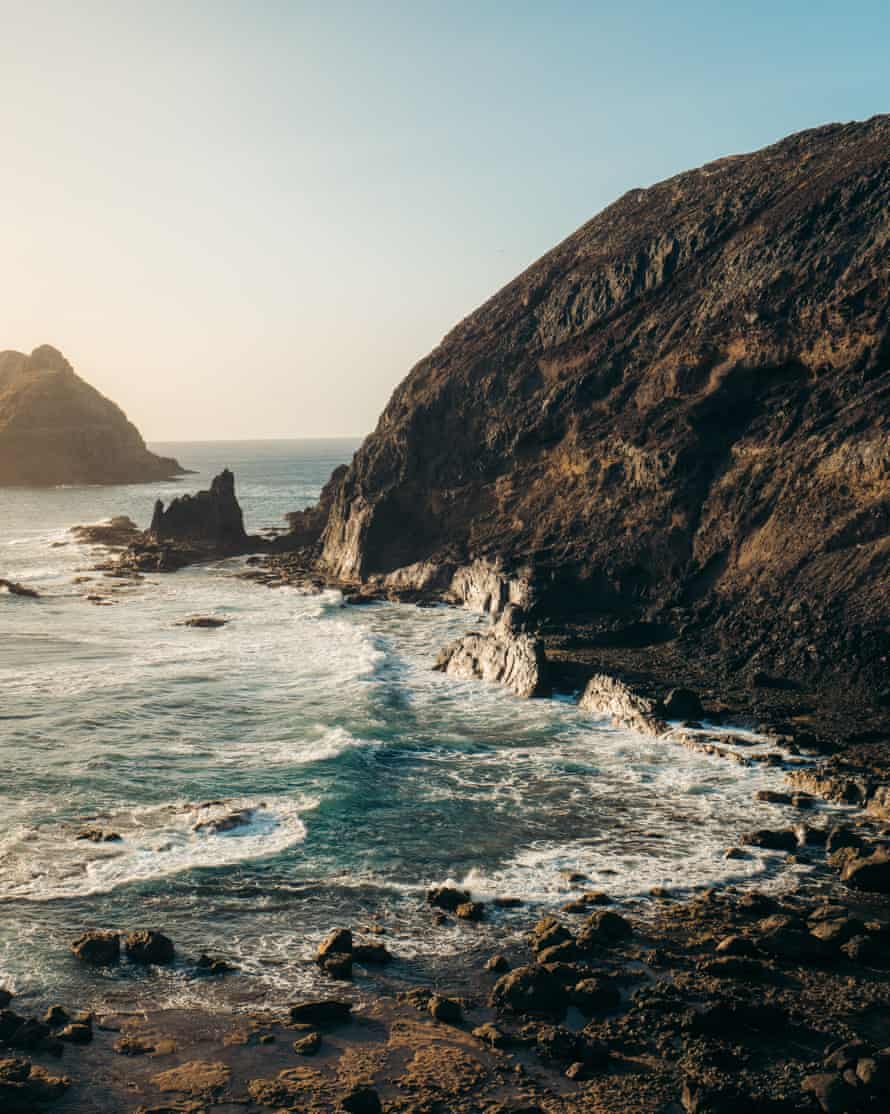 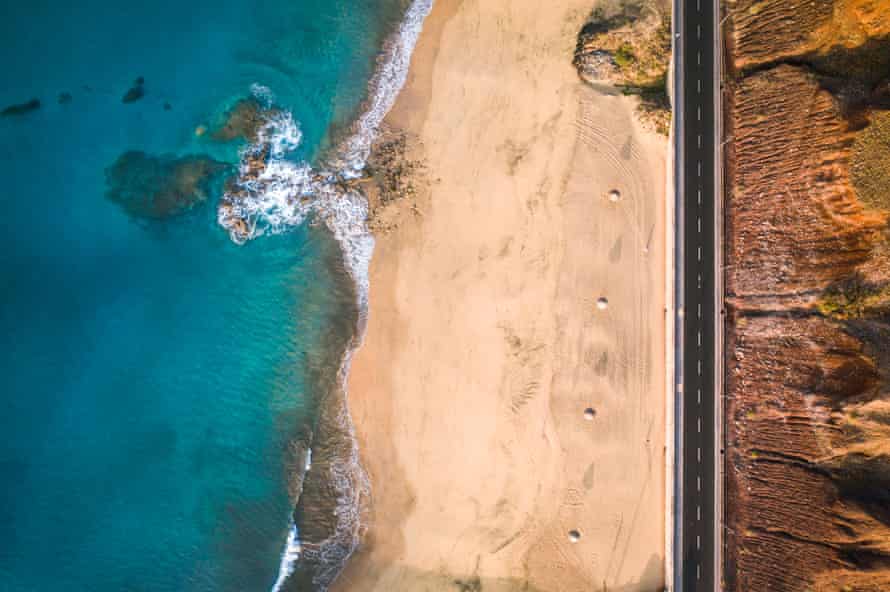 If you’d prefer to explore a less well-trodden island, head to the Desertas islands – a triplet of narrow islands about 30 miles away from Madeira. You’ll find one of the last refuges of monk seals, seabird colonies and a species of tarantula endemic to the island. Think of it, with its protected wildlife and stony terrain, as the Galápagos of Europe. Though you can’t stay overnight (it’s uninhabited), day trips are available from Madeira. 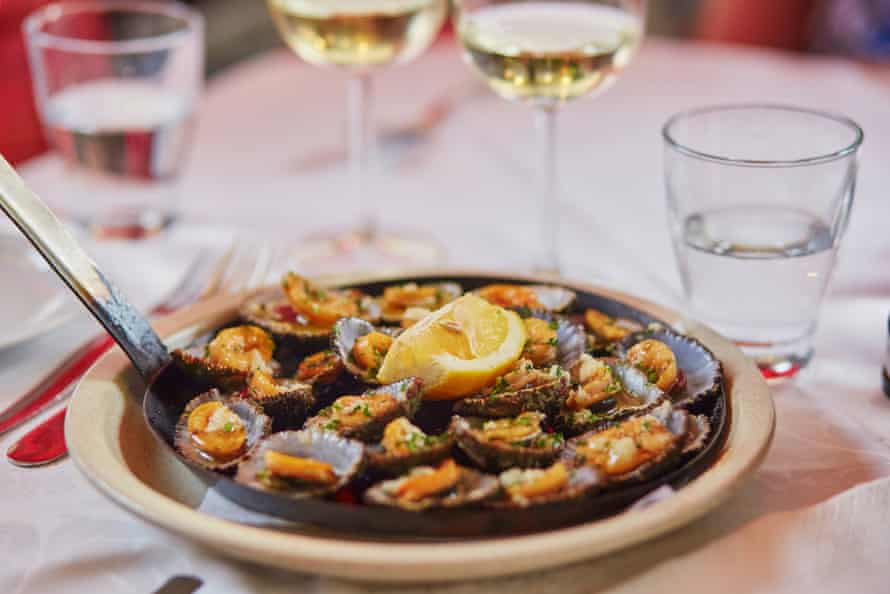 Sample the local cuisine
Fish with bananas is a novelty tourist dish, but you can skip that as Madeira has much more to offer. Pick up a bunch of anonas (custard apples), banana maracuja (passion fruit bananas) or tabaibo (prickly pears) from the grocers. Order an espetada (grilled steak skewer) at a local snack bar and fill yourself up on bolo do caco – a soft, doughy flatbread usually served with garlic butter. Indulge in the wealth of seafood available, from bife de atum (meaty tuna steaks), to polvo (octopus) and lapas (limpets). Finish off with some sweet treats, such as broas de mel (honey biscuits), tarte de maçã (apple pie) or cheesecake de cereja (cherry cheesecake).

‘It’s like being in Jurassic Park’: a trail runner’s guide to Madeira | Madeira to measure

These are the best January travel deals, featuring fjords and beaches

Stay in a magical Cornish lighthouse for your next family staycation

These are the world’s most powerful passports for 2022

Incredible trips to tick off your bucket list in 2022