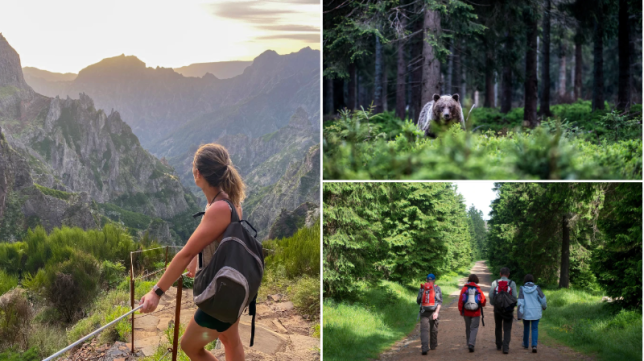 You might even spot some bears on your adventures (Picture: GA Adventures/Swen Pfoertner/Alamy)

A city break or resort getaway are all well and good, but what could be a more magical way to get to know a country than walking its most ancient natural trails?

Hiking might not seem very exciting, but we can assure you, these routes promise some real thrills.

We’ve rounded up some of the best below. 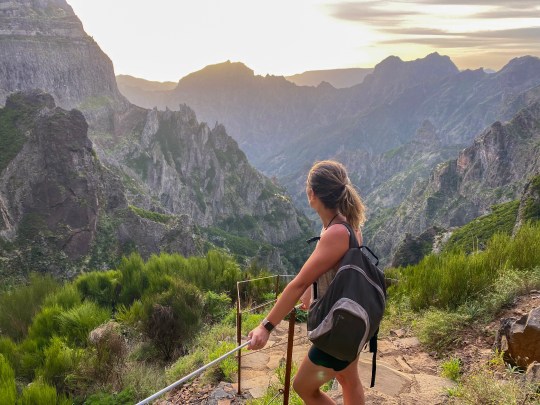 Madeira’s rocky, subtropical landscape makes it looks like something out of Jurassic Park (Picture: GA Adventures)

Do you believe that good climbs should be rewarded by brilliant views?

Then this new small-group walking tour of balmy, wine-making Madeira – a Portuguese-owned island that’s actually closer to Morocco – will delight. 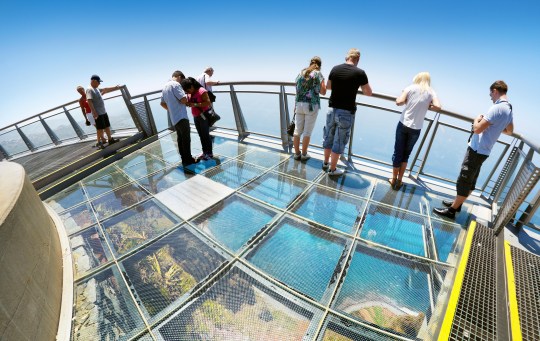 Placate your stomach with some Madeiran poncha – distilled sugar cane that’s usually sweetened with fruit – and try a jeep tour or hair-raising toboggan ride on your final, free day.

Flights to Funchal from £109.96 return (including checked baggage, which you’ll need) via Ryanair. 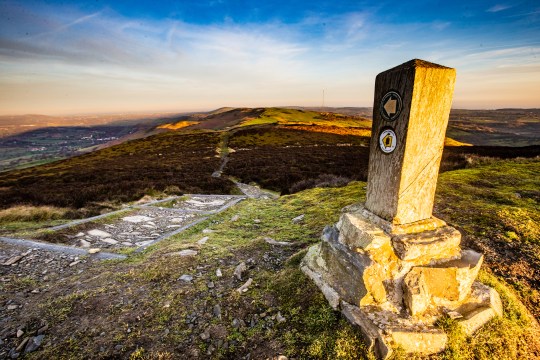 The 177-mile Offa’s Dyke Path follows an eighth-century bank and ditch ordered by the King of Mercia to protect his kingdom.

Criss-crossing the Welsh-English border 20 times, it blends heathery moorlands and the Black Mountains with Shropshire’s gentler hills and the Wye Valley’s riverside meadows while passing the odd castle and market town.

Alongside a southern-half tour for self-guided adventurers, Exodus has recently launched a north-south epic, travelling from Prestatyn to the Severn Estuary.

The trip: Seventeen nights from £2,349pp, B&B, including luggage transfers, four dinners and route notes (or southern part only, eight nights from £1,199) with Exodus.

Hike after bears in Slovakia 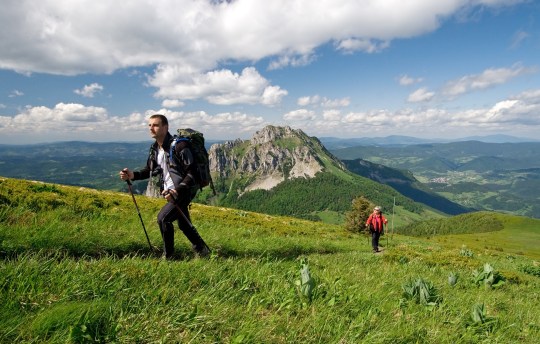 What trumps a walking holiday? Easy: a walking holiday aiming to spy Carpathian bears in the wild. Rather than spending all day in hides, Walks Worldwide’s trip to Slovakia follows the beasts’ tracks or trails in the hope of observing them from a safe distance.

That’s amid forested High Tatras peaks and the Silent Valley, where park rangers take you off-piste into areas that tourists usually can’t visit. Groups are no bigger than eight in order to minimise disturbance. 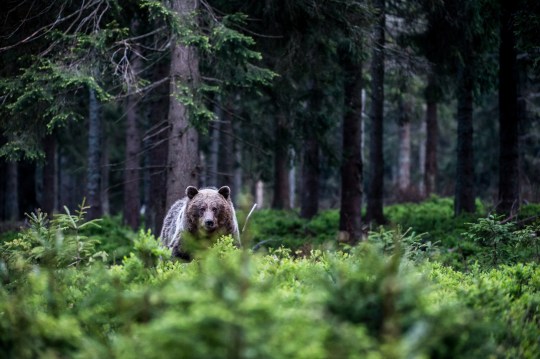 Will you spot one in the wild? (Picture: Walks Worldwide)

The trip: Seven nights from £1,250pp, B&B, including flights, transport, six other meals and guidings, departing September 16 & 30 with Walks Worldwide. 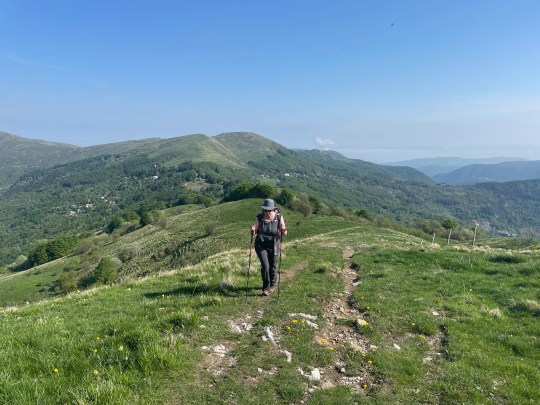 Researched with typical precision, On Foot Holidays’ Ligurian Hills itinerary takes seasoned saunterers along an ancient salt road and down to the Mediterranean.

From Oltrepò Pavese, a northern Italian region whose castles, bucolic bumps, vineyards and culinary prowess inspire the nickname of ‘Little Tuscany’, it soon reverts to high ridges along which Hannibal once marched on Rome. 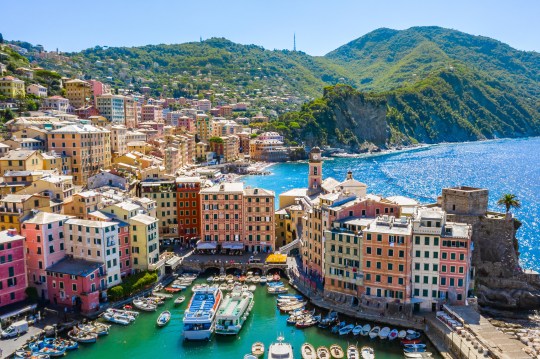 You’ll average 11 miles of walking per day, always with shorter options, and bed down in agriturismi or mountain-pass restaurants serving local cuisine.

The trip: Seven nights from £1,050pp, B&B, including transport, luggage transfers, 11 other meals and route notes, available April-October with On Foot Holidays. Flights to Pisa from £58 return via Easyjet.

Watch out for witches 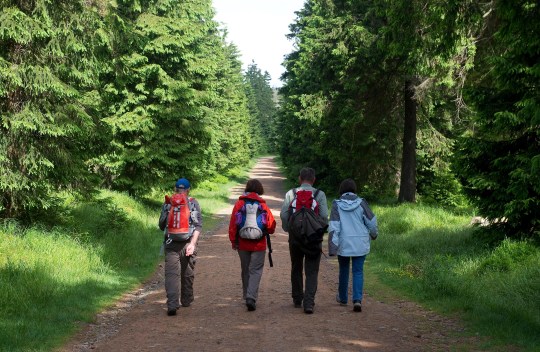 These spooky forests are like something out of a Brothers Grimm tale (Picture: Swen Pfoertner)

Having admired the Unesco-protected Oberharzer Wasserregal dam system, trekkers climb to the Brocken (3,743ft), a misty mountain known for occult gatherings and its ‘Spectre’, an optical illusion wherein your magnified shadow can be eerily cast on clouds ahead. 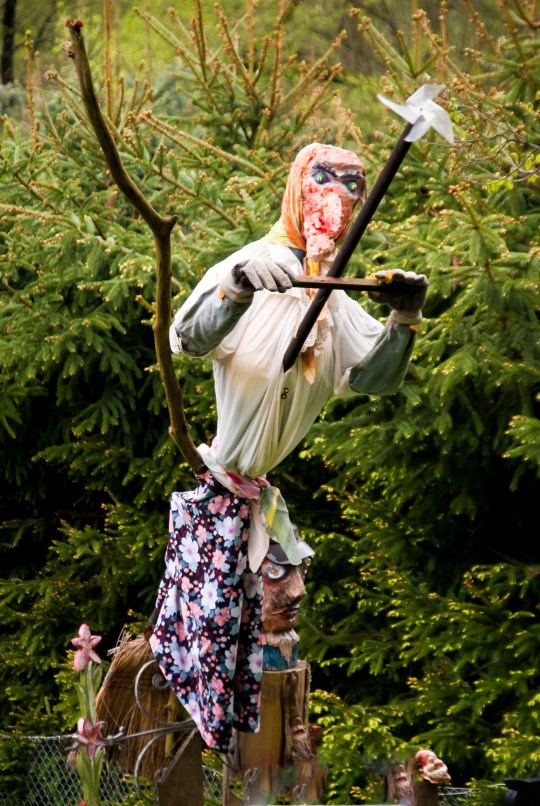 You might fall under the Harz Mountains’ spell… (Picture: Alamy Stock Photo)

The trip: Seven nights from £835pp, B&B, including transport and luggage transfers, available Apr-Oct with Mac’s Adventure. Flights to Hanover from £61 one way via British Airways.

How to ‘menopause-proof’ your marriage