Sustainability is a word that’s thrown around a lot.

So, because of this overuse, it can be difficult to know what really is bettering the planet.

Thankfully, a new study sheds light on the cities that are leading the way in sustainability – not only for the environment, but for human quality of life, too.

Dutch company Arcadis has just unveiled its 2022 edition of the Sustainable Cities Index, which judges and ranks 100 cities on how sustainable they are and how they benefit citizens.

Each location is judged on 51 metrics, which range from levels of pollution to eco-friendly public transport.

The city that came out on top this year is Oslo, which was commended for green transport, leafy spaces and clean air. 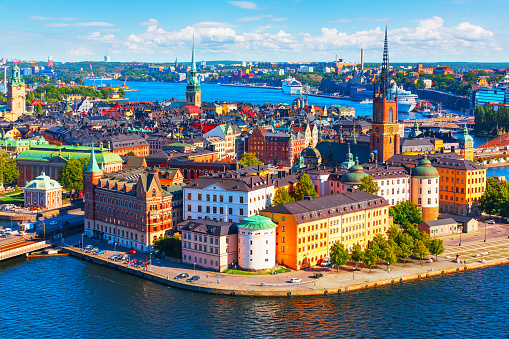 This was followed by Stockholm, in second place, which not only boasts great green credentials but also has low income inequality and a great healthcare system.

So it’s socially sustainable, too.

Next in the rankings is Tokyo, due to its low crime and great transport network.

Copenhagen and Berlin also follow close behind, in fourth and fifth place, respectively.

While London grabs the number six spot and was commended for the number of electric vehicles – but it was noted that more investment could be put towards EV charging infrastructure.

Paris, San Francisco and Amsterdam also made it into the top 10.

Keep up the great green work.

Most sustainable cities, according to Sustainable Cities Index:

Why Estonia has become one of the coolest destinations in Europe

The best European cities to visit for a cosy autumnal getaway