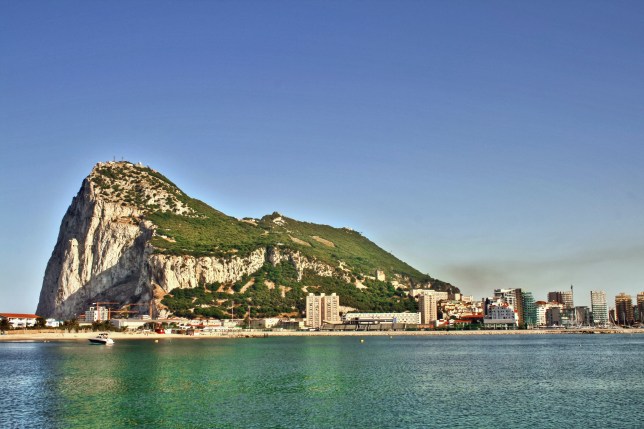 Small but mighty, Gibraltar has a lot to offer (Picture: Getty Images)

So if your holiday inspo has left you stuck in a hard place – turn to the Rock. Gibraltar was the haven for lockdown escapees – and worth planning for when restrictions lift again.

Laura Millar went to explore and brought back her expert recommendations, from fancy food to some rather furry friends…

Where else to start, than by hanging out with its Barbary macaques? You don’t get those in Catford.

This will involve scrambling up the side of a steep slope, simian-like, using your arms and legs to traverse the grassy, earthy turf.

Do your best to keep quiet, too, as you’ll spook the animals whose habitat this has been for at least the past three centuries.

Your guide will tell you when to stop, sit, and wait, and if you’re lucky a little troop of furry creatures may wander your way, probably to pause and inspect you with utter disdain.

It’s no surprise, as they rule here: 300 Barbary macaques have made the upper part of the Rock – a massive limestone monolith which thrusts nearly 1,400ft into the sky – their home. 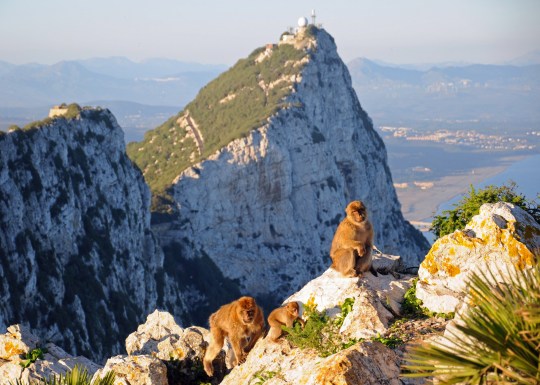 There’s a saying that if these north African natives ever leave Gibraltar, so will the British. And my tour guide, primatologist Brian Gomila had more fun facts: there’s is a matriarchal society, so while the males are stronger, the females can boss them about.

They also groom each other as a way of making up after an argument. Plus you’ll discover waaaay too much about their brief, but vigorous, mating habits.

A bit like Gremlins, tourists must never feed them – not just after midnight, but at all, as they’ll lose the ability to fend for themselves, and become a major nuisance around humans. Like the couple I spotted who, with the ill-advised lure of a banana, had macaques swarming all over their nice, shiny car.

Gib, as the locals call it, is a tiny – only 2.6 miles square – but militarily significant triangle of land at the southern tip of Spain.

It’s been squabbled over by various nations over the years, with the British finally winning it in 1713 (it’s classified as a British Overseas Territory).

To stave off the Spanish trying to reclaim it, the Brits used the peninsula’s natural resources – namely, a lot of high ground thanks to the huge lump of stone in the middle – to make it impenetrable.

So after you’ve seen the monkeys, make your next stop the Great Siege Tunnels (entry included in Nature Reserve fee, £13).

Blasted into the Rock by the British army who lived and fought from within them between 1779 and 1783, there are more miles of tunnels here (34) than there are of roads (30). 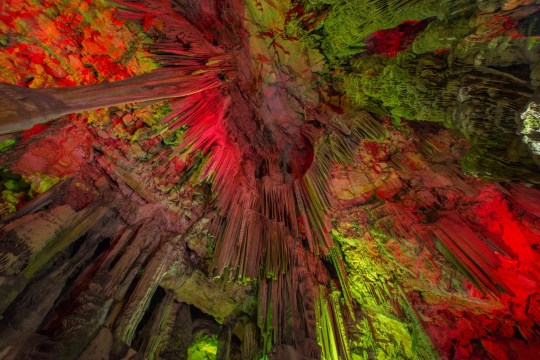 They also constructed gun batteries, barracks, and defensive walls which still cover Gibraltar. Nearby is the impressive St Michael’s Cave: a vast, cathedral-like space covered with incredible, beautifully illuminated stalactites and stalagmites, which have been forming for thousands of years.

Today it serves as a great acoustic venue for gigs and events; our own Jimmy Carr has performed here, as well DJs like David Morales.

After you’ve done the cathedral only way is down, and there are several hiking trails that lead back to the main town.

We suggest the Thrill Seeker, which more than lives up to its name. A steep, twisting route carved into the side of the Rock, it’s not just the altitude and the angles that will take your breath away, but the unparalleled views out to sea; on a clear day, you can see across to Morocco.

Arriving onto Main Street, Gib’s busiest thoroughfare, it’s almost disconcerting to pass bright red post-boxes and phone booths, branches of M&S and The Body Shop, and even a gin distillery. 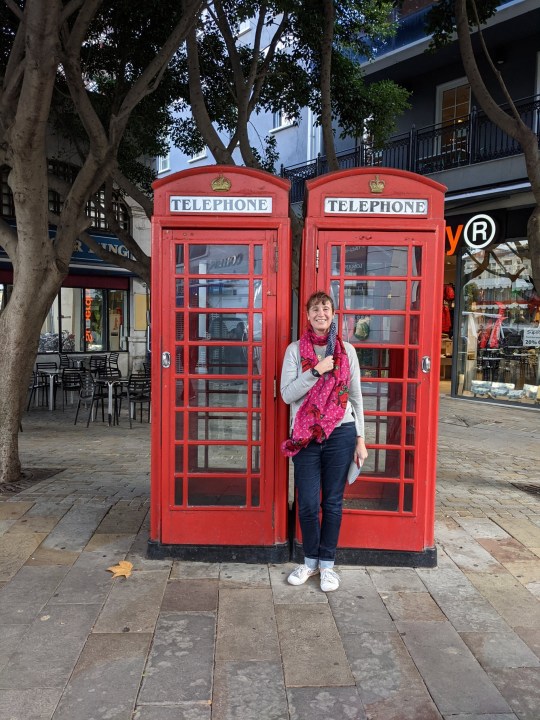 Residents mainly speak English, but also Spanish; 15,000 people cross the border every day to work here. On a walk with my guide, Gail, it’s no wonder that with a population of just 33,000, she stopped every few minutes to greet an acquaintance; ‘everyone knows each other’s business here,’ she laughed. ‘If you want to misbehave, you go to Spain!’.

Head out for cocktails and octopus

Outside of lockdown, the amount of people on its streets attest to Gib’s renewed popularity as not just for day-trippers – so much so that in addition to BA’s regular flights, Wizzair launched a new route here in December (which is currently bookable again from March). 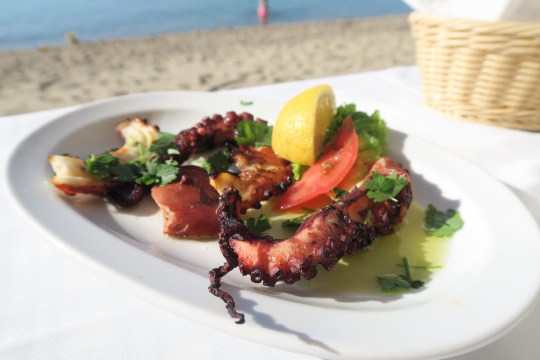 If you want something livelier, you’ll find Gib’s youngster things drinking fishbowl-sized cocktails and devouring incredible seafood at one of the many restaurants and bars set under the bastions at buzzy Chatham Counterguard (try the delicious grilled octopus at My Wines).

When you’re done, be sure to head back to the airport with the ultimate souvenir – a little toy macaque. Lockdown or no, it’ll remind you of Gibraltar’s fabulous monkey business. 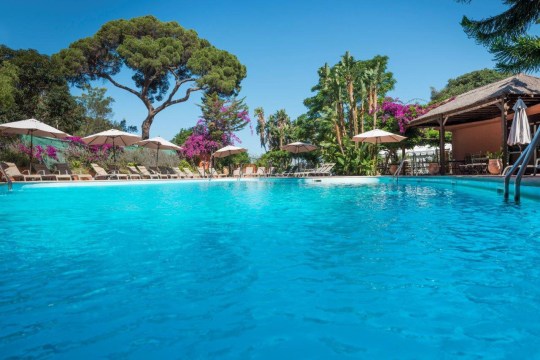 Tea and a slice of paradise (Picture: Visit Gibraltar ) 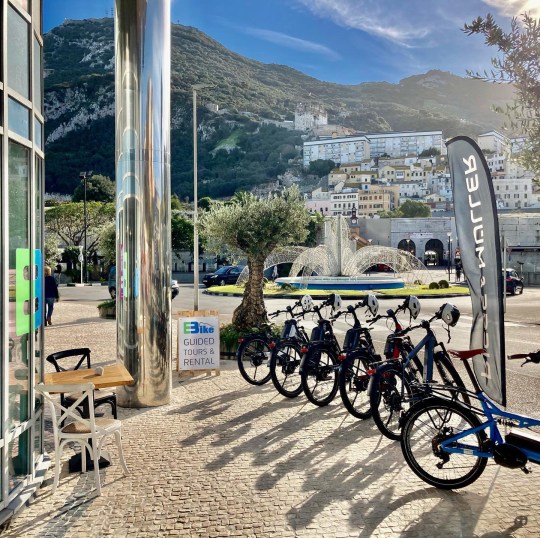 See the place at a gentler pace (Picture: E-Bike Gibraltar)

Enjoy the scenery by e-biking around the peninsula with Stuart Hedley’s e-bike hire firm. 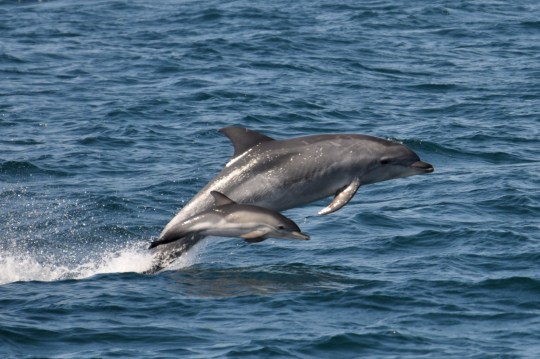 Take a dolphin safari and spot bottlenoses, common and striped, in the Gibraltar strait. 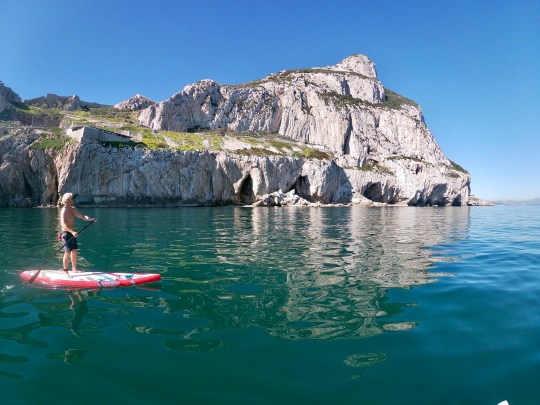 Take a SUP session or lesson with genial Brit Tom Cawthorn in the calm waters at Sandy Bay. 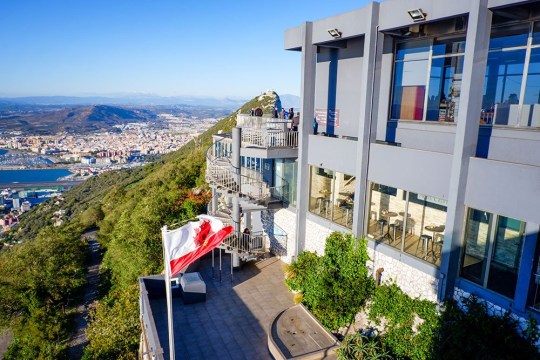 If you’ve walked to the top of the Rock, treat yourself to brunch at the Mons Calpe Suite restaurant.

Rooms at The Elliott Hotel from £140pn. Return flights from London from £80, ba.com. For more info, go to visitgibraltar.gi.

Dreamy European villas to book for a post-lockdown summer holiday