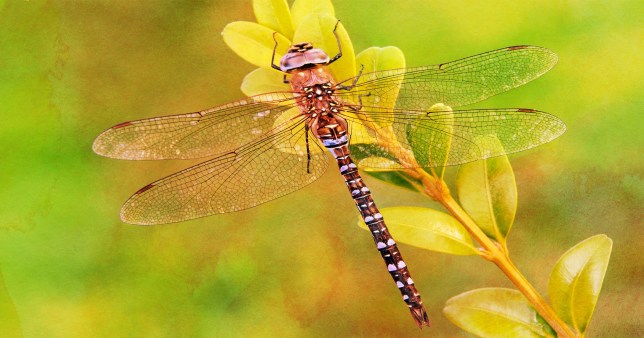 Autumn is here. Hedges and bushes are loaded with blackberries, sloes, elderberries, hips and haws and trees with walnuts, chestnuts and acorns. There was a dew this morning.

But summer clings on at Northward Hill RSPB Reserve, which overlooks Cooling Marshes in Kent. It alternates warm then cool as large clouds shift over a blue sky.

Speckled wood butterflies fling themselves up in corkscrews as we pass. A small copper perches on a creeping thistle, burnt orange and black against the pale purple flower.

The rosebay willowherb is in now in seed but some pink petals remain. Each seed has a tiny parachute – they float off like tiny feathers as we brush by.

Just over there is the remains of Cooling Radio Station, which allowed shortwave communication between Britain and the US during World War II.

And looking north across the Thames to Thurrock, Essex, is the colossal London Gateway port complex, capable of receiving the most monumental container ships in the world. 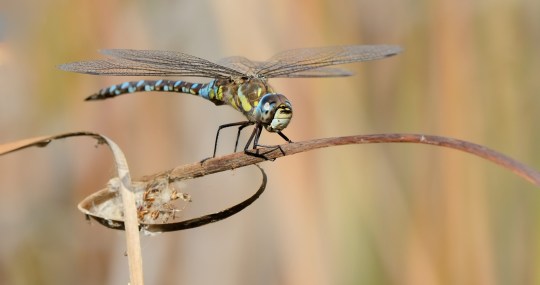 We hear the ‘yaffle’ laugh of a green woodpecker before seeing it – that undulating flight pattern that traces a slow-motion sound wave, bouncing left to right in front of the port cranes miles distant. We see enough to register the grey head of a juvenile.

Also here are the real masters of flight, those creatures that make all others seem pedestrian. 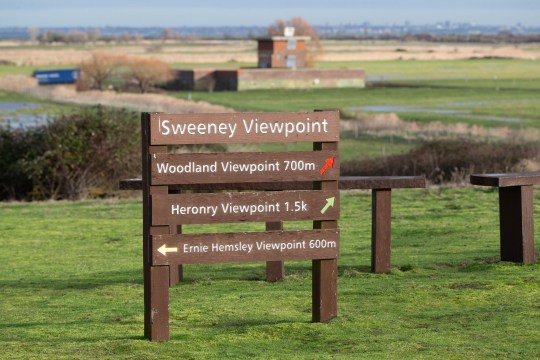 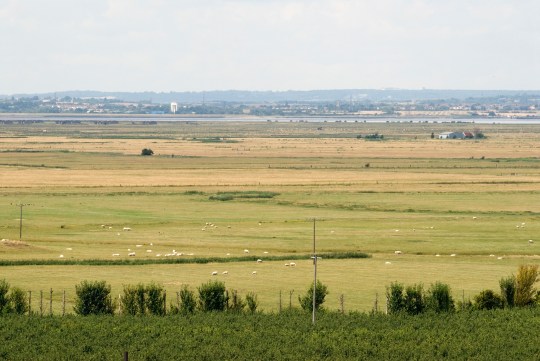 We are talking about dragonflies. Their four wings can move independently of each other so they can pull aerial tricks far more spectacular than anything else.

They can fly backwards, forwards, up, down sideways and even hover – changing direction in less than a blink of the eye. And all at speed.

Imagine Keanu Reeves’ character, Neo, compared to Agent Smith at the end of the first Matrix film and you’re somewhere near the idea of how they seem to operate according to a different physics. 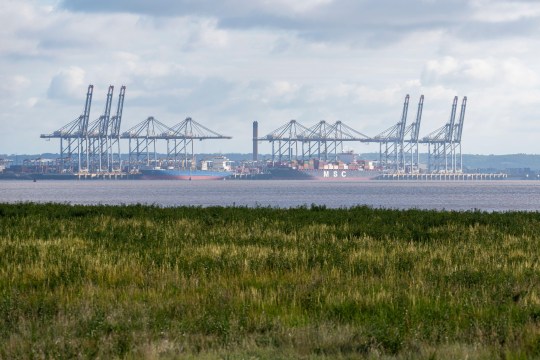 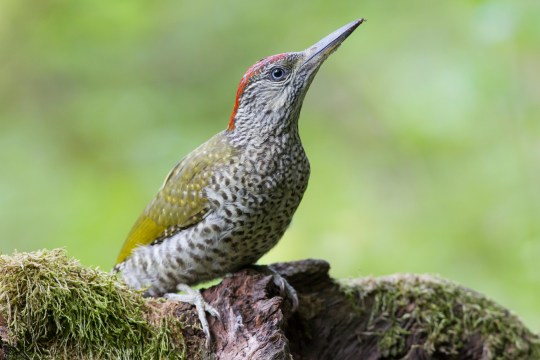 Green woodpeckers can be heard ‘laughing’ at the Thames Nature Park (Picture: Alamy)

And the colours. What we are seeing here are migrant hawkers, which appear a blur of sky blue as they patrol or ‘hawk’ the edges of the bushes.

At rest we see the blue has the quality almost as of a plastic toy – uniform and shiny. It alternates down the abdomen with brown and black markings to make an indecipherable totem pole.

Their eyes are over-sized and bulbous, taking up pretty much their entire head and affording 360-degree vision. 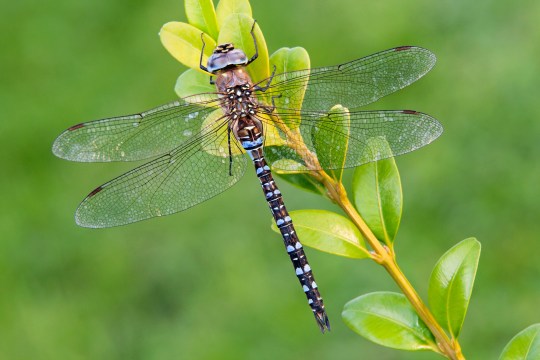 A male migrant hawker at rest on a plant during the day (Picture: Alamy) 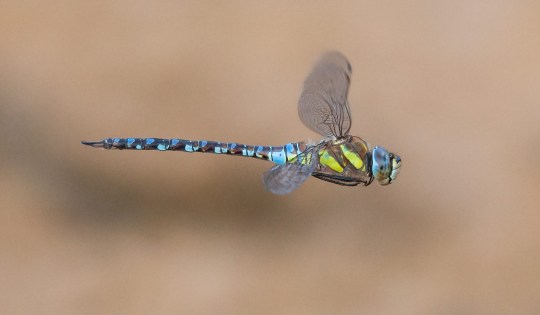 And another in full flight. They’ll be about till October, so there’s still time to be bamboozled (Picture: Alamy)

The wings are held open while at rest and are intricately veined – translucent and patterned like cracked ceramic.

These migrant hawkers will be on the wing into October, bamboozling anyone who tries to keep up with their flight as they patrol the hedges, in and out, in and out, among the blackberries and the sloes.

I’m A Celebrity line-up 2022: Boy George signs up with biggest ever pay