Morzine: one of the world’s most eco ski resorts where eagles fly 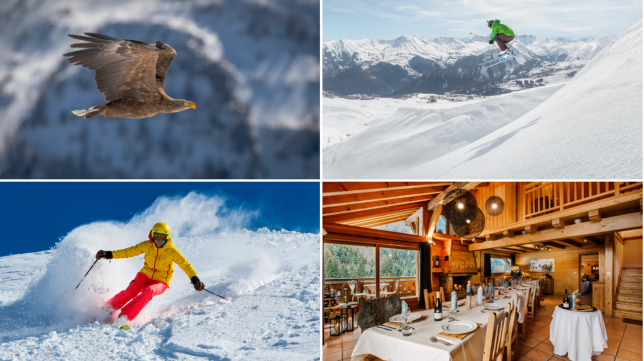 Race an eagle down a mountain? Why not? (Picture: AlexSava/iStockphoto/extravagantni/Reuben Shaul/Christian Pfahl)

There’s a white-tailed eagle perched on the edge of my chairlift. I’ve shared a ride up the mountain with quite a variety of unusual characters over the years, but a bird of prey is a first. I’m in Morzine, a ski resort in France which recently received the Flocon Vert, an award for sustainable mountain tourism. This gawking eagle is one of the reasons why.

Sitting between me and the eagle is Jacques-Olivier Travers, a conservationist who is as charismatic (and just as French) as his name suggests. ‘This is Fletcher,’ he says. ‘I got him when he was four years old, and taught him how to fly in the mountains. He was born in captivity in Germany but now he’s the ambassador for our programme. We will reintroduce this species of eagle into the wild in France this year – after an absence of 130 years.’

We disembark the Raverettes lift and Travers whispers to the eagle in French, prompting him to soar off down the piste ahead of us, occasionally peeking back to check that we’re following.

Before long, we’re back at Les Aigles du Léman, the restaurant where we started. Nestled on the mountain at 1,500m, it’s a busy hub of hungry skiers. Once a day, about noon, a lucky skier in the restaurant can race a falcon down the Raverettes slope, which leads back to the restaurant. If the skier can beat the bird down, they win a free falconry experience.

‘The falcon usually wins,’ says Travers, ‘but sometimes it gets distracted. The race shows people how fast these birds are.’ You can also book a snowshoeing excursion with a bird of prey, or an outing on the pistes, like we’ve just done. It all aids the reintroduction programme.

‘The idea is not just to see eagles, but to breed and reintroduce them,’ says Sara Burdon, who works for the Morzine tourist office, as she guides us over to the Les Gets resort via wide, sun-soaked pistes. ‘A lot of it’s just for fun and entertainment, but it’s hugely linked to conservation efforts.’ 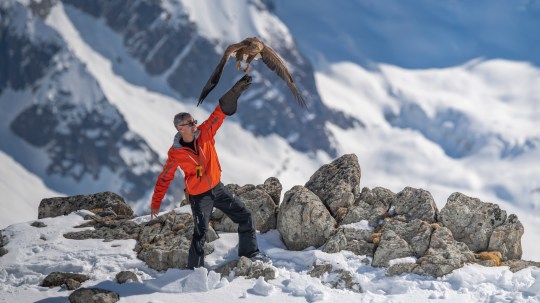 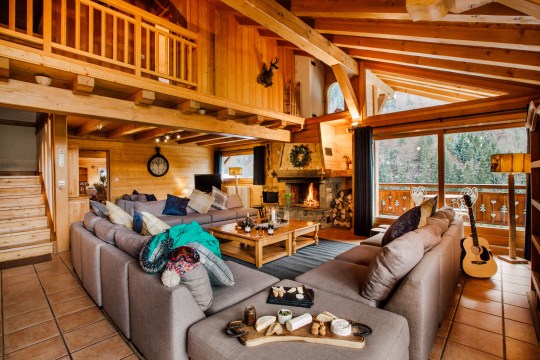 Ferme à Jules is a converted farmhouse originally built back in 1808 (Picture: Supplied)

Entertainment and environment seem to go hand in hand in Morzine – a point I contemplate as I sit in the hot tub outside my chalet, run on renewable energy, and sip on a locally brewed beer.

I’m staying in Ferme à Jules, a beautiful converted farmhouse built in 1808. The place is run by AliKats, a carbon neutral luxury holiday operator. It provides breakfast and dinner each night, and any food waste from the meals is composted, turned into mulch and then used locally to help grow more food, which is then served back to guests.

‘We’re particularly sensitive to climate change in the Alps,’ says Al, one half of AliKats. ‘So making sure that we operate sustainably is essential.’ They drive guests to the lifts in electric vehicles and even offer a discount on your lift pass if you’ve travelled in by train.

There hasn’t been a new dump of snow for a while when we arrive in Morzine but there is still plenty of snow, and blue skies. The area is renowned for that. It’s part of the immense Portes du Soleil (‘Doors of the Sun’) ski area, which, along with 11 other resorts, offers 650km/400 miles of pistes.

Morzine is a rare ski resort that also thrives in summer, thanks to excellent cycling and hiking trails. That means there’s a strong year-round community, crucial in the development of local green infrastructure. One particularly pleasant example is the town centre of Morzine, which was recently pedestrianised. 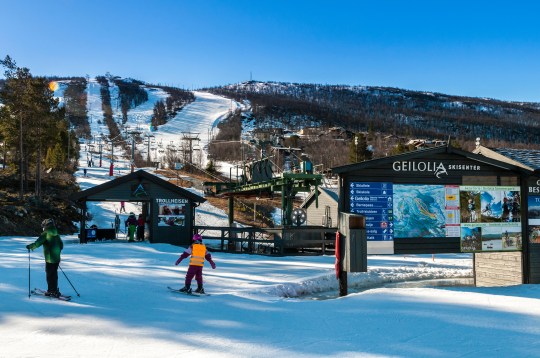 Geilo resort has held the title of Sustainable Travel Destination since 2016. It’s hydro-electric powered and accessible by one of Europe’s lowest-CO2-emitting railway lines. 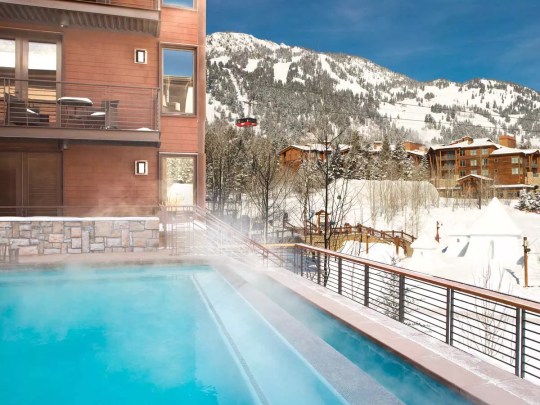 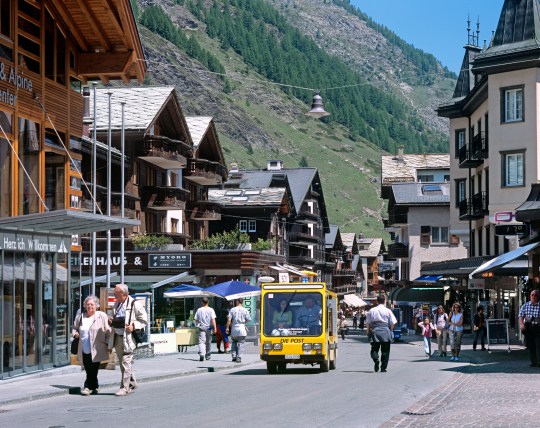 This Valais village has been at the forefront of ecological advances since the 1970s, when it voted to ban cars. In 2019, it resurfaced a road using recycled plastic. 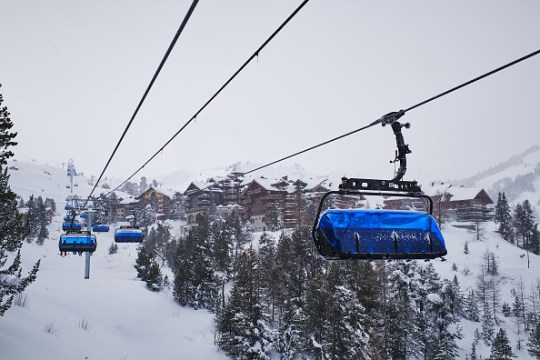 Les Arcs has run its ski lifts on renewable energy since 2011. It provides electric vehicles for staff and uses photovoltaic panels to convert the sun’s energy. 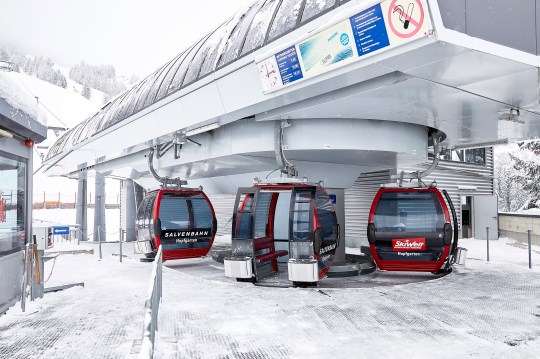 One of Austria’s largest linked ski areas, it opened the world’s first solar-powered lift, the Sonnenlift, in 2008 and uses renewable energy to heat facilities. skiwelt.at

‘You’ve got this lovely area now where families can sit out without cars circulating,’ says Burdon. ‘And a lot of other things were happening anyway.  The idea of using local produce is in  their blood here. They wouldn’t do anything else.’

An overdue powder drop comes on our final day before departure and we wake to the sight of a million snowflakes falling over our chalet and the valley beyond. The visibility isn’t particularly good, so it’s not a day for skiing – though a tasty powder day awaits those who will be back on the mountain tomorrow.

For me? Well, a final day in the hot tub and sauna will just have to do.

Flights from London to Geneva from £26.99 one way, transfers via Skiidy Gonzales.

One week at Ferme à Jules from £797pp (based on two sharing), including breakfast and most meals and bus runs to the lifts/centre of Morzine between 8am and 10pm, alikats.eu