I’m standing on one of the most magical and unusual spots in the Highlands, on an island in the middle of a loch. Of course there’s nothing unusual in itself about that – there are hundreds of such Scottish islands – but this particular one, Eilean Sùbhainn, is large enough to have a miniature loch of its own at its centre, which itself has an island on it, like a series of Russian dolls.

As might be expected, the “island on a loch on an island on a loch” has become a place that over the years has attracted a great deal of attention, with a Gaelic legend that it is the earthly seat of power of Queen Mab, queen of the fairies. If so, she chose a beautiful position in the middle of Loch Maree looking south-east towards the mountain of Slioch and north-west towards the sea. Beside it is a rare stand of bog forest, with sweet smelling sprigs of bog myrtle among the bare Scots pines.

“This is the sort of place where time stands still,” Eoghain Maclean says, as I get used to the disorientating effect of the nearby plane of water of the smaller loch being so much higher than the water of the loch that surrounds Eilean Sùbhainn. Eoghain has guided me here in a small boat, followed by a wet crossing of the island and its marshes. He has known the area for more than 50 years, having worked on the loch as a ghillie (assistant) when a boy.

In a remote part of Wester Ross, Loch Maree has always been a place that has held spiritual currency. On another of the islands, Isle Maree, there is a surprisingly large prehistoric stone circle; what is also unusual is that later Vikings and Christians have chosen to use that same stone circle as a burial ground for themselves, so Celtic crosses made from Aberdonian granite lean against the druidic stones and there are two burial stones attributed to the Vikings. Saint Máel Ruba lived on the island in the sixth century; the loch is named after a corrupted version of his name.

Isle Maree has a rich mix of broadleaf woodland. In addition to the Scots pine you might expect, I saw oak, sweet chestnut, bird cherry, larch, rowan and holly, all carpeted by violets and primroses. In past centuries, one holly tree became a “money tree” into which devout visitors to the island hammered copper coins as offerings, with the unfortunate side-effect that the tree has now died from copper poisoning; there is speculation that the hollies on the island were originally brought by Saint Máel Ruba as a way of warding off the druidic influence, by planting a tree seen as having Christian associations.

Eoghain is a well-known wildlife photographer, as well as a guide, and has spent so many years filming red deer in the area that he has come to recognise many of the stags and hinds by sight. He also knows the loch like the back of his hand and introduces us to the islands and the surrounding mountains as if they were friends. 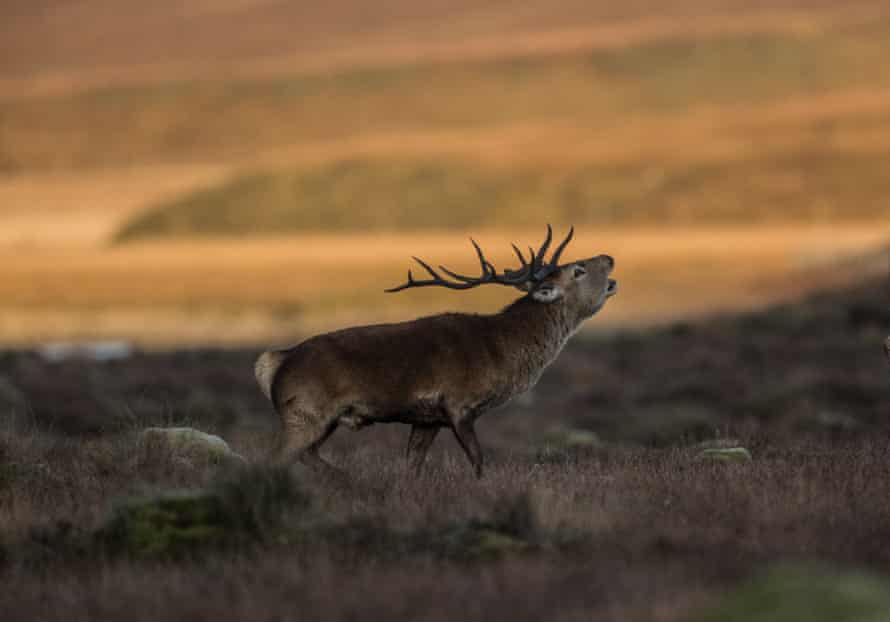 At nearly 14 miles long, Loch Maree is one of the largest of Scottish lochs but also one of the less visited, partly because it’s well protected as a Site of Special Scientific Interest. No visiting motorboats are allowed, so apart from a few riparian properties that have waterside access, the only watercraft are the occasional kayak and the one I’m in, a guide boat from the Loch Maree Hotel. On the day I go out with Eoghain, we have the loch to ourselves.

A delightful bonus comes when a mountain hare, relatively rare on the west coast compared to elsewhere, emerges from under our feet and stops to study us before bolting away

Yet it has become popular with kayakers who can explore the archipelago of 32 islands – although with care, because if a mist comes down it can be remarkably disorientating. Eoghain tells me he has several times had to rescue kayakers who have been going around and around the same group of small islands in confusion.

As well as the islands, there are some curious small floating platforms seeded from polystyrene bases that the RSPB has put up to help the loch’s rare colony of breeding black-throated divers. We are not visiting at the right time of year to see the divers, but the loch does attract oystercatchers, woodpeckers, ospreys and eagles.

But, as ever when trying to read a landscape in Scotland, all is not quite as idyllic as might appear. When Eoghain was a boy and helped the ghillies on this loch, there were great quantities of sea trout and plenty of controlled fishing under licence. However, since the establishment of fish farms near the entrance to the loch, the resulting lice have become so prevalent that the wild sea trout have all disappeared. 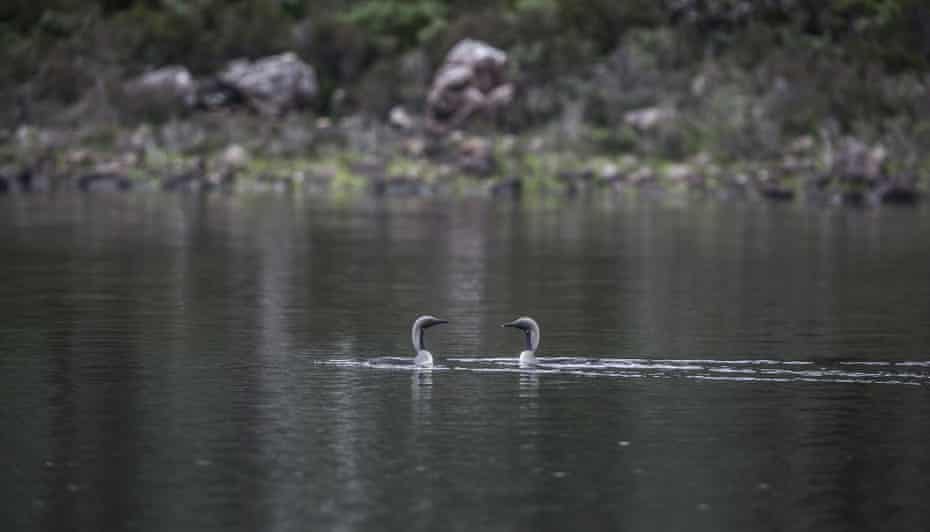 A tall, gentle and courteous man, this is a subject that infuriates Eoghain: “It’s such a shame. Of course the fish farms give employment. But then so did the wild fish when they could still get up here. And we should do what the Irish do – have our fish farms more out to sea so there’s far less cross contamination with wild salmon and sea trout returning to spawn.”

That afternoon, Eoghain takes us on a wildlife safari to see if we can get close to some rare ptarmigan. These lovely birds are a little smaller than grouse and there are far fewer of them, outnumbered by about 10 to one. The UK population is found only in the Highlands.

We head up into the mountains near Applecross and advance into what Eoghain describes euphemistically as “a bit of weather”, which means my girlfriend and I are wearing a full set of thermals and waterproofs. I’m also grateful that I’m wearing what I’ve often found to be the best boots for the Highlands – nothing technical or expensive, but those short rubber ones sold in service stations with fleece linings. 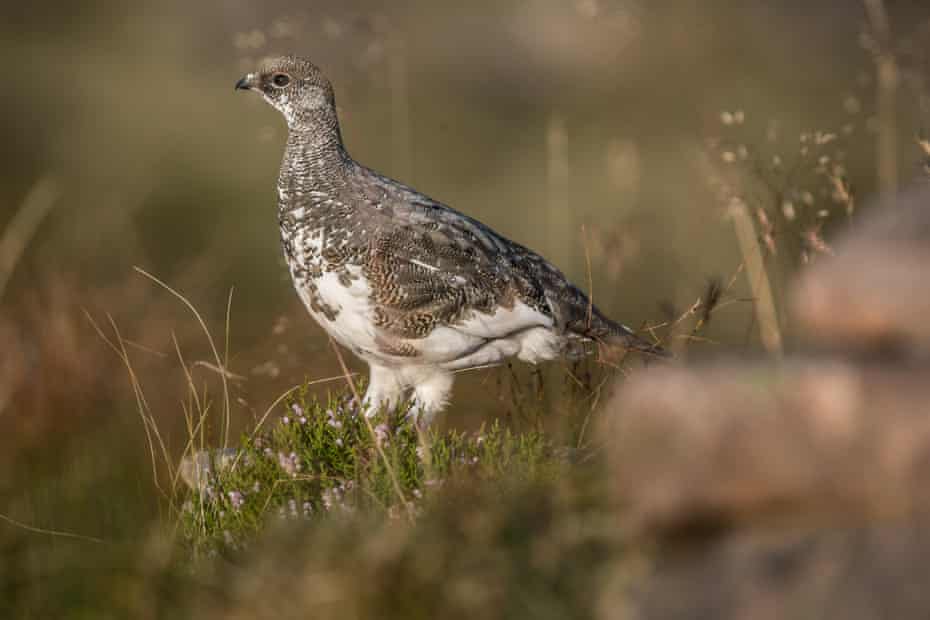 A delightful bonus comes when a mountain hare, relatively rare on the west coast compared to elsewhere, emerges from under our feet and stops to study us before bolting away. Eoghain tells us how odd it is that mountain hares are still not protected and indeed are often persecuted by gamekeepers who think, erroneously, that they carry ticks and therefore can infect their precious grouse.

A rival photographer with a ponytail and London accent stops to tell us that he’s just seen a parade of five ptarmigan up on the ridge above. Pumped up with success – he says he’s been trying to photograph them for 12 years – he makes me laugh by telling us that just as he was lining up to take the shot of the ptarmigan, two eagles flew over the ridge above him and he was left in a dilemma which way to point the camera.

He is effusive with generous advice and, in a phrase that fills me with foreboding, tells us that “we can’t miss the ptarmigan”. In the past, this has invariably meant that I will never see the animal in question. But this time Eoghain manages by a clever and circuitous route to emerge just 10 feet from a pair of ptarmigan who are just turning white for their winter plumage. We’re downwind and the birds seem remarkably unconcerned about our presence for quite a while, before the redheaded male gives a warning call and the two of them fly off with a flash of white feathers – a fantastic sight. 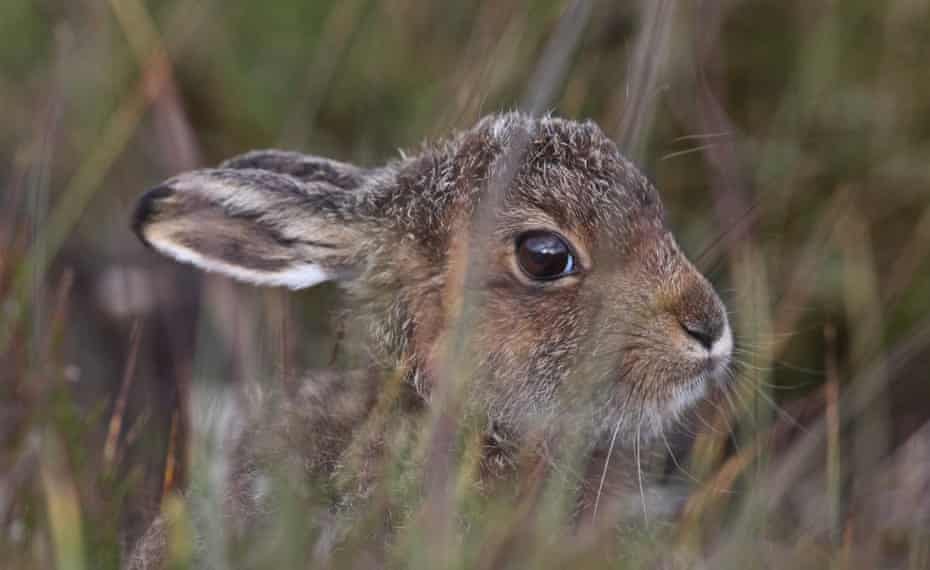 The growing popularity of wildlife safaris, as an alternative to the traditional shoot where you’re pointing a gun not a camera at the animals, is a sign that things are slowly changing in the Highlands. Hotels in this part of Wester Ross are also changing. In times past, the only choice you would get would be between a five-star luxury hotel, at prices to match, or a spartan pebble-dashed bed-and-breakfast. Now places like the Torridon Estate, between a loch and 986-metre Beinn Alligin, one of the Highlands’ most iconic mountains, have a far more relaxed vibe where you can essentially rent a bed-and-breakfast room inside a country house. The musician owners, Felix and Sarah von Racknitz, hold recording sessions and performances of Gaelic music.

Nearby in Kinlochewe, those lucky enough to get a table can eat at the fabulous Gorse Bush cafe, where the much-garlanded chef produces a bacon and scallop breakfast roll that is perfect if you are just off the hills with an appetite. The Gorse Bush only offers sustainable food products. The wild scallops are caught by hand by local divers, the langoustines are creel-caught not dredged and none of the fish is farmed. They use organic, free-range hens’ and ducks’ eggs, and get salad leaves and other vegetables from a variety of local crofters and small-scale producers. It’s emblematic of the new approach to tourism; it also tastes incredibly good.

As the area is being opened up more by initiatives like the, some say, overpopular North Coast 500 – a waymarked 516-mile scenic route around the top end of Scotland, starting and ending at Inverness Castle – expect to see even more such developments. But Wester Ross has such a large area of wilderness that it will remain somewhere the adventurous traveller can always find magical and empty places. 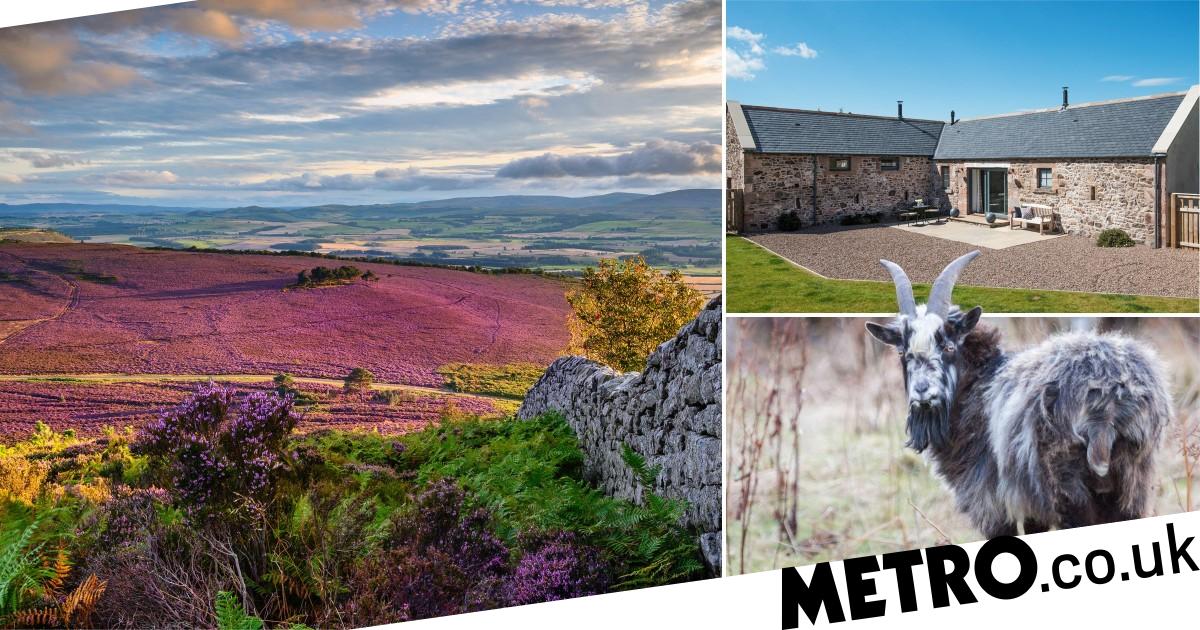 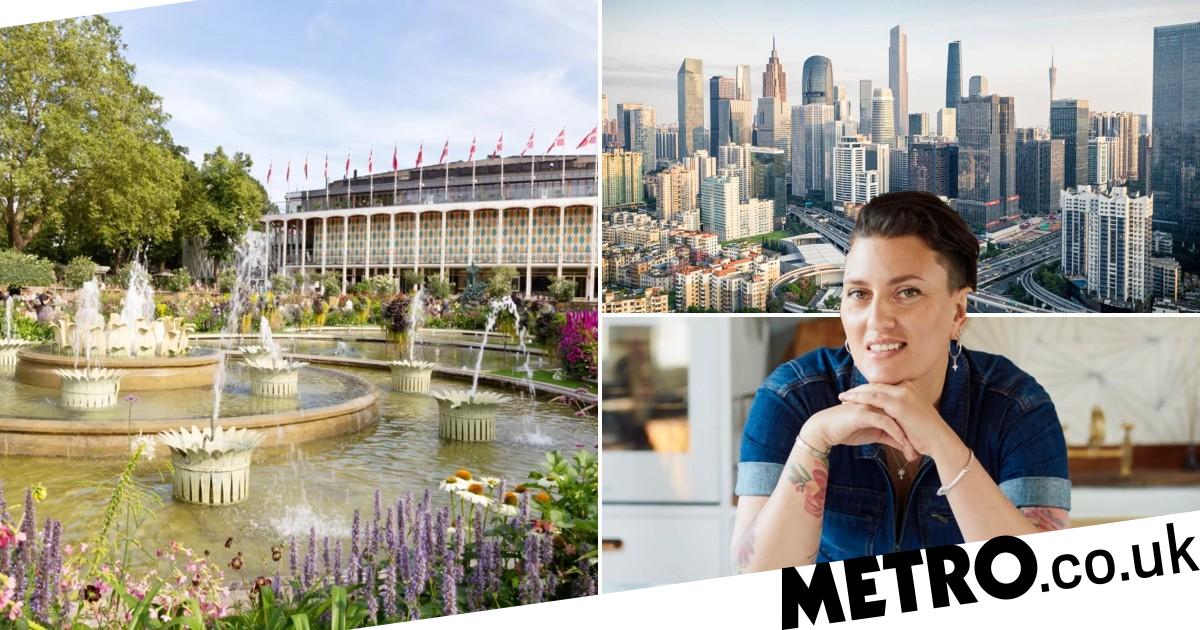 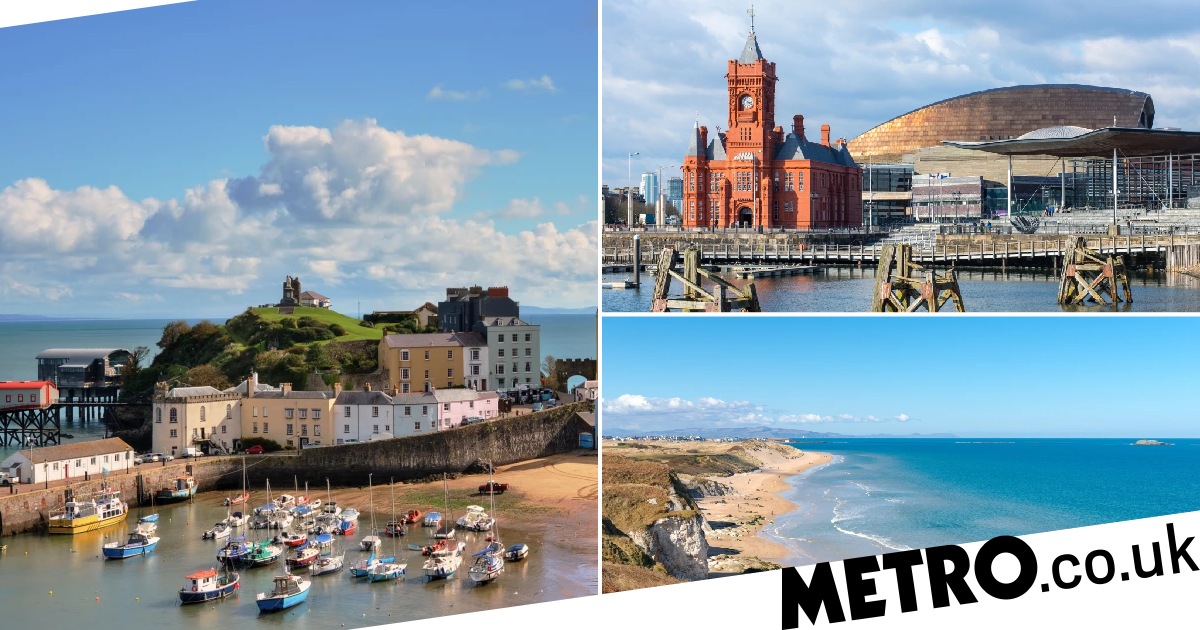 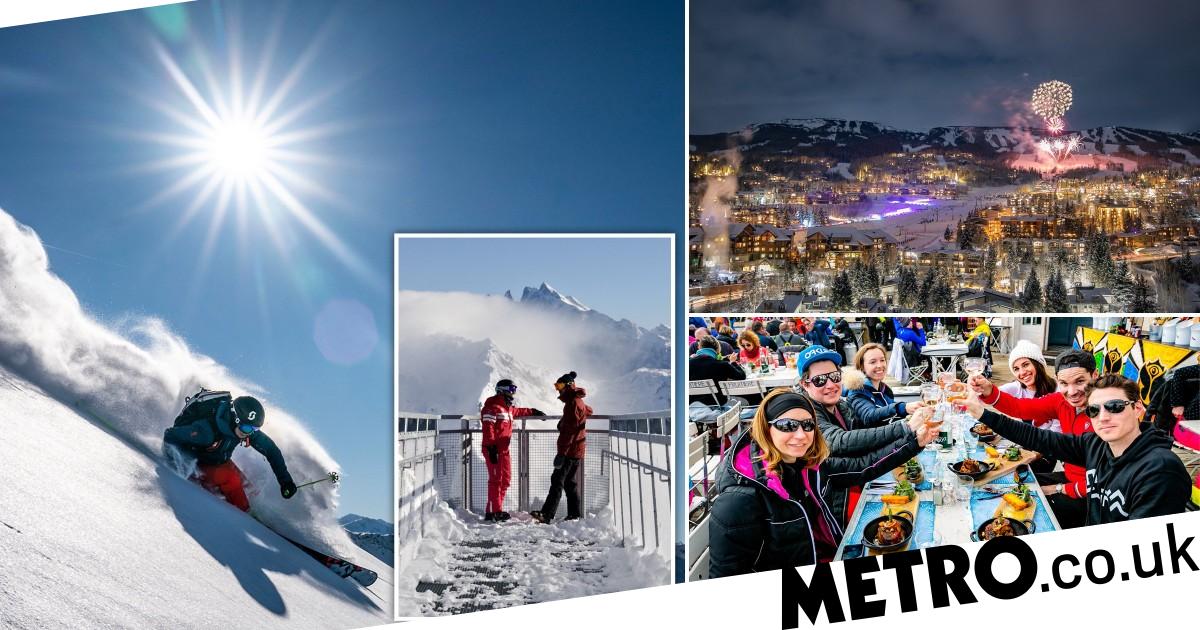 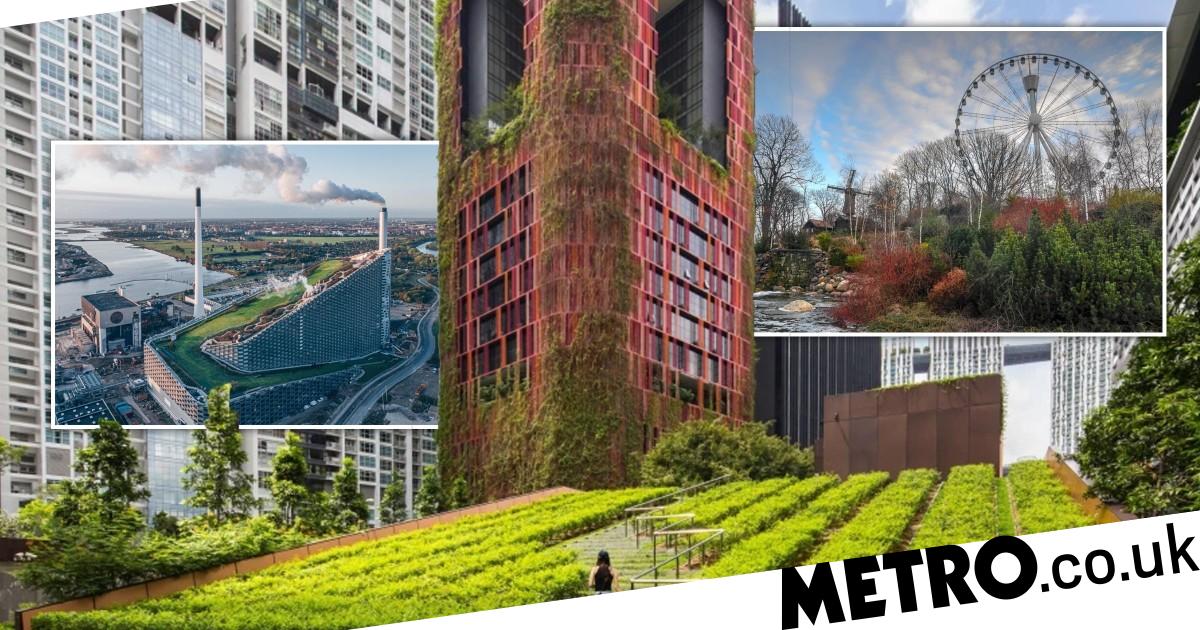 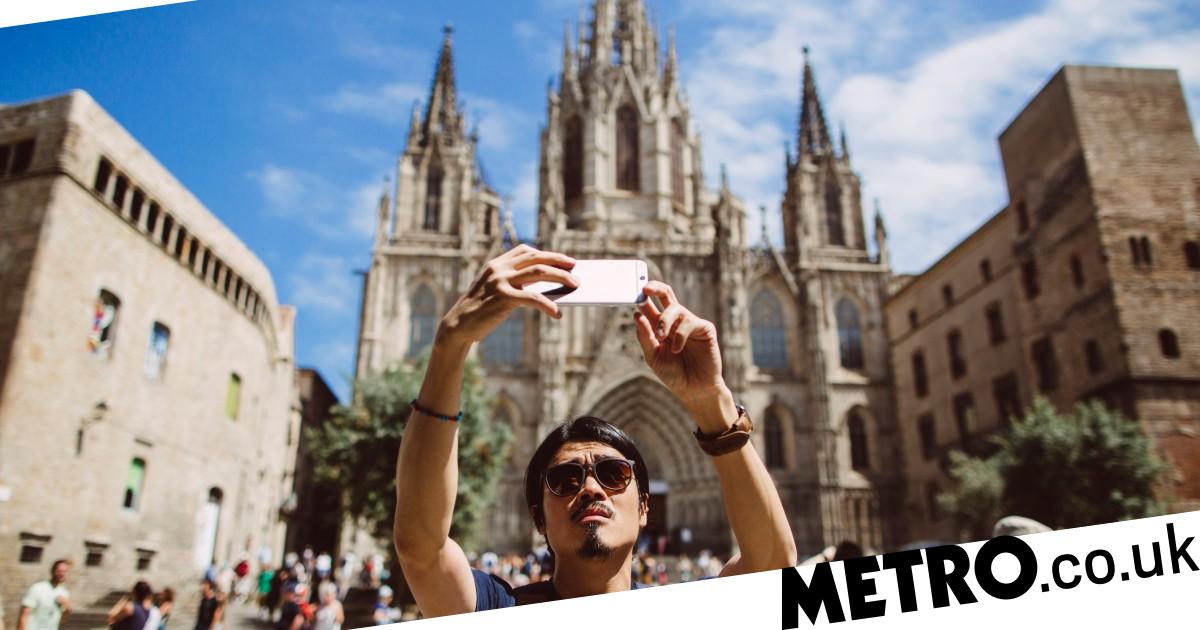 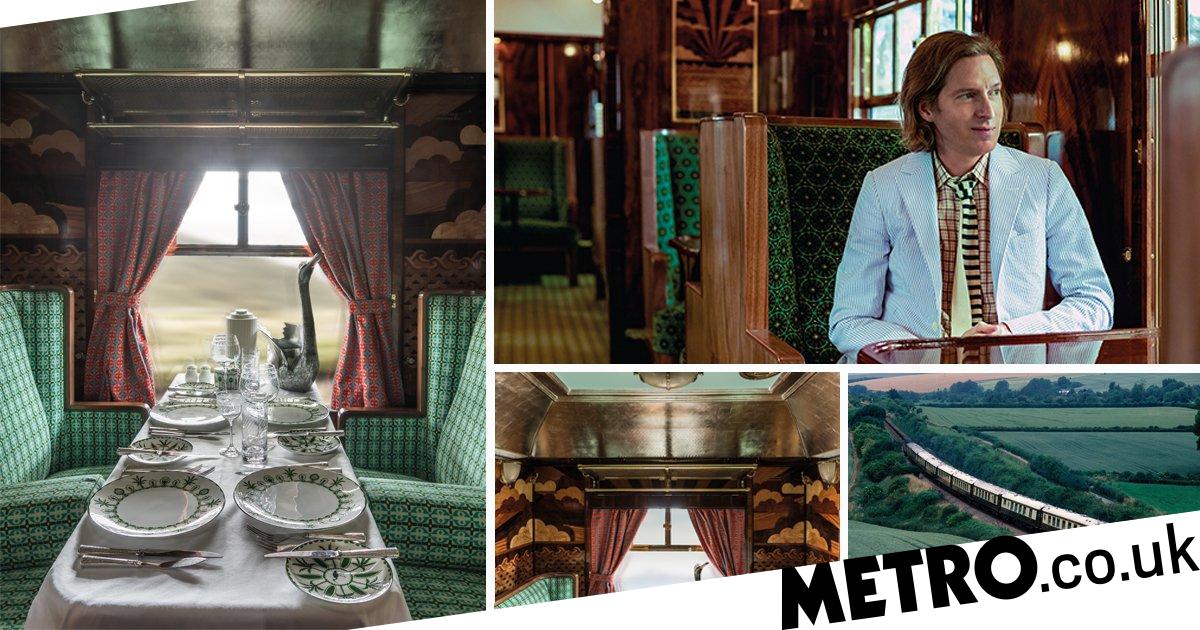 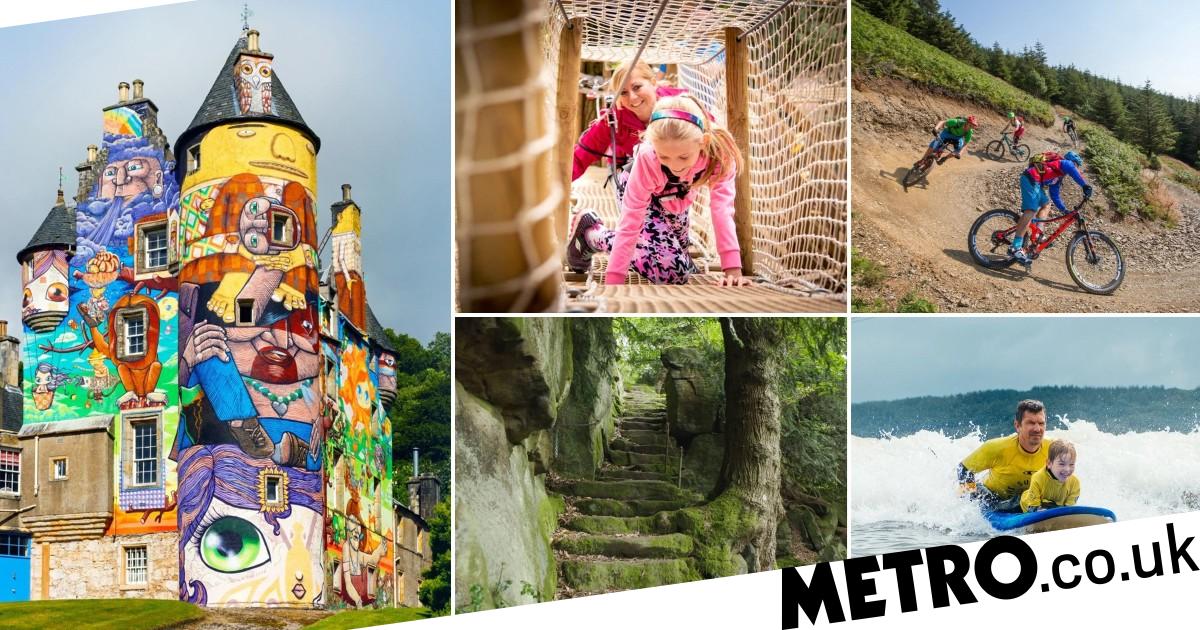