Two weeks before we were due to fly, I was sick with nerves (Picture: Rex/Getty)

Back in April, passport disaster stories were ten a penny on the news and the grapevine.

My close friend had missed out on a trip to Vegas for a friend’s 40th because her passport didn’t come back in time, another friend had been told he couldn’t board a flight to Austria because, although his passport had just over six months left, this wasn’t from the date of issue, and I’d heard of others missing family holidays simply because their passports had been delayed for so long.

As far as I knew the delays were being blamed on the huge backlog caused presumably by a combination of Brexit and of the fact that after years of pandemic restrictions people were keen to fly again and so there was an increased demand for passport renewals.

I felt a sense of impending dread that our sons’ passports were due for theirs too. So with our only summer holiday (six days visiting friends in Sweden) booked for mid-July, I researched how long passport renewals took.

The official Government website simply stated: ‘Allow up to 10 weeks to apply for a British passport’.

I was fully aware of the delays but as far as I could tell 10 weeks was the maximum time you needed to allow. If there was anything else mentioned in the small print I didn’t see it!

So on May 4, with around 10 weeks to spare, I filled in the online application for two passport renewals for our sons, aged nine and six – confident that we would still be within the time frame.

The process was straight-forward, I paid £54 each and received an email that day to confirm the applications with their unique reference numbers.

By the following morning I had another notification to say that the person who had verified the boys’ identity had done so, and I soon posted their old passports off by recorded delivery to the address provided.

After about five weeks, I started looking out for the postman each morning, convinced the passports would arrive any day. Only they didn’t. At this point I felt nervous but also hopeful that they would come.

When I checked their progress online, there was no update. Soon it was just two weeks before we were due to fly and, by now, I was sick with nerves.

I would lay awake at night worrying about it but we had already paid for the Air BnB so cancelling the holiday didn’t seem like a viable option, plus we had both booked the time off work and I didn’t want to let the friends we were visiting down or our children. I phoned the passport office and followed the prompts until I could select an option for people who were due to fly in two weeks or less.

It asked me to enter the unique reference number for each passport and the corresponding dates of birth. 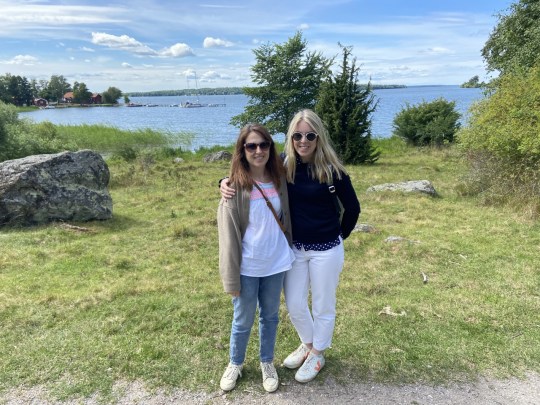 Our one and only summer holiday now seemed a far-flung dream (Picture: Rachel Tompkins)

With the information logged I felt positive that they would be dealt with with a sense of urgency. Before I knew it, however, it was Monday 11 July and we were due to fly at 7:40am that Friday – with no update in sight.

Panicking, I phoned the passport office and this time waited for what felt like an eternity to speak to a human being.

This person politely took the reference numbers, dates of birth, and names for each passport, as well as my name, address and the date we had applied.

They explained that the passports were at the Durham office (over 200 miles from our home in Oxfordshire) and that they hadn’t been printed yet.

My heart was pounding in my chest and I was starting to panic about the fact that they were so far away and hadn’t even been printed.

My details were logged and I was informed that I would receive a call back within 48 hours in order for me to provide proof of our flight bookings for the passports to be expedited.

Two days on, I still hadn’t received a call back so I phoned and went through the whole process again, this time spending a total of 85 minutes on the phone during which time I provided the same details as last time and was put on hold a lot.

I asked if coming to collect the passports in person would speed things up, but I was told, in no uncertain terms, not to come to the passport office. Then, I was given an email address for an expedited service to which I was to send proof of our flight details.

At 9:40am, I emailed the information over and received an automated response which specifically stated: ‘please do not visit us’ in bold.

At 17:54 that evening I had just about given up on hearing back when my phone flashed with a Slough number. When I answered to hear it was the passport office the relief was audible in my voice.

Again, I was asked to provide all relevant reference numbers, I was transferred, put on hold, and after 48 minutes of waiting, the line went dead. I broke down in tears of frustration and despair.

Our one and only summer holiday now seemed a far-flung dream. How would I tell the boys that we wouldn’t be going away? Plus it was already too late to receive a refund on the accommodation we’d booked, potentially losing us £1,400: plus £801 for the flights.

It wasn’t just the money though, I felt so utterly frustrated by the system.

I felt as if I’d been failed at every turn. 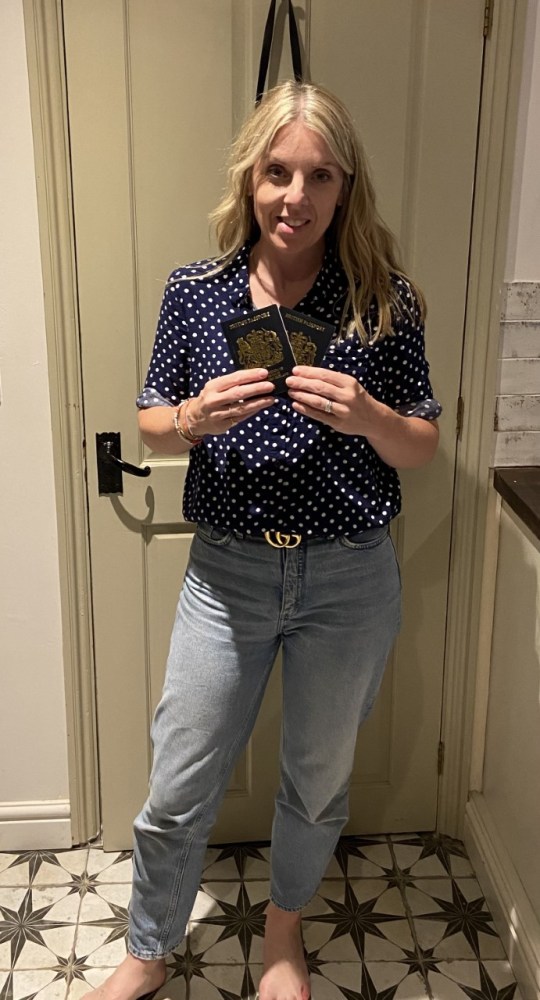 So many resources were wasted on phone calls that didn’t get anywhere (Picture: Rachel Tompkins)

My phone records showed that I had spent a total of 189 minutes on the phone to the passport office, with no progress. At least I wasn’t charged for the calls because they came within my minutes allowance on my phone package.

So that evening, with our flight just over 24 hours away, my husband and I made the decision to ignore the advice and drive to Durham Passport Office. He left at 3:30am the next morning and drove 230 miles for some answers.

Upon arrival at 7:30am, after four hours of driving, he was greeted by a huge queue of people in the same situation.

When the office opened at 8am, a man divided them into a number of queues in order of urgency, and upon hearing that we were due to fly the next morning my husband was deemed high priority.

By 10am, he reached the desk and provided all the relevant application numbers and personal details, as well as proof of our flights to and from Sweden.

He was also told that he, upon collection, would need a signed letter from myself, as the boys’ mother and person who had applied for the passports, confirming that I was happy for him to collect them.

The lady informed him that she had sufficient information for the passports to be processed and printed and that this could take anywhere up to four hours.

As he waited nearby for news, I typed up and printed out the aforementioned letter, signed it, and sent a picture of it over to my husband via email.

I couldn’t tell you how ridiculous I thought it was – how did it get to this?

At around 4pm, nearly 12 hours after my husband left, I received a call from him to say he finally had the passports in his hands and was heading home. Words can’t describe my relief.

He arrived home at 8:30pm, sharing stories of the camaraderie in the queue: of people ushering him to the front when they heard his flight was meant to be tomorrow morning; of the man who had been told his children’s passports were in the Belfast Passport Office but he had turned up in Durham in sheer desperation in the hope that they would help; of the man who turned up to collect both of his children’s passports only to learn that they only had one ready – and of countless other families who had travelled for miles in utter desperation as a last ditch attempt to save their holidays.

When the four of us boarded our flight to Sweden the next morning I felt incredibly grateful.

I also felt exhausted by the sleepless nights and stress and couldn’t stop wondering about all those other people in the queue – I hoped they’d been as lucky as us.

After 71 days, 460 miles, and 189 minutes on the phone, despite doing what we had been told categorically not to do by turning up at the office – we had effectively beaten the system.

But how many other people had duly followed the instructions not to go to passport offices and missed out on family holidays far more important or costly than ours?

In my experience I feel like so much time and so many resources were wasted on phone calls that didn’t get anywhere. All the people I spoke to on the phone were polite and helpful and I appreciate they are simply doing their jobs, but surely the system needs to change to make it more time, cost and stress effective for everyone concerned.

And while I wouldn’t advise anyone else to break the rules, if we hadn’t gone against the advice by turning up at the passport office in person our summer holiday definitely wouldn’t have happened! 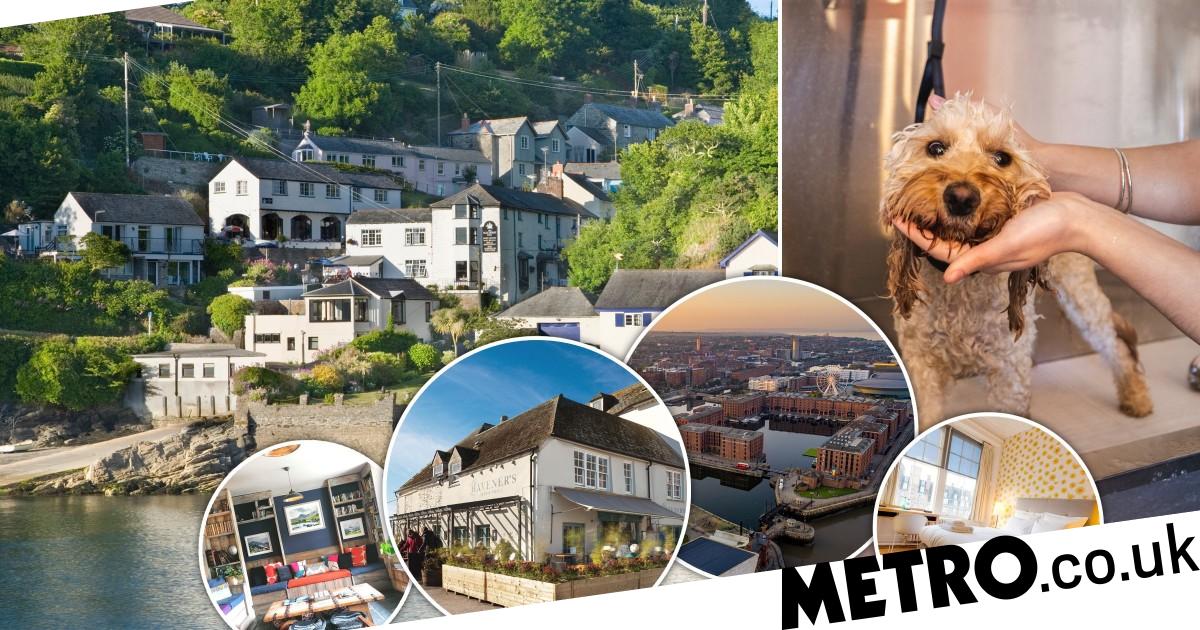 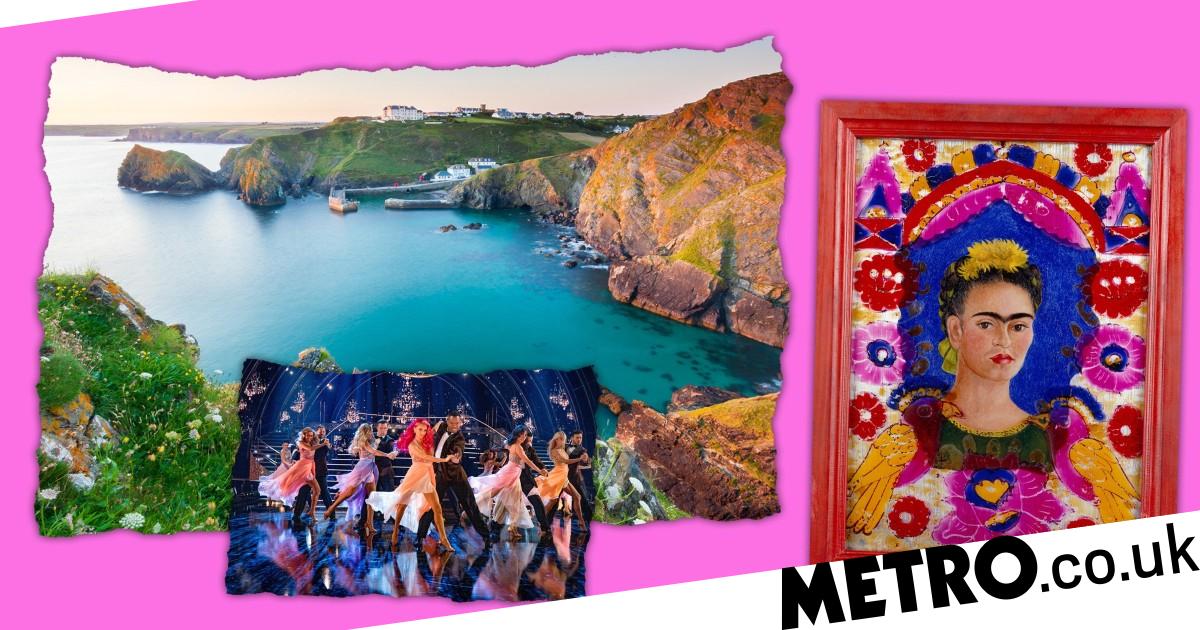 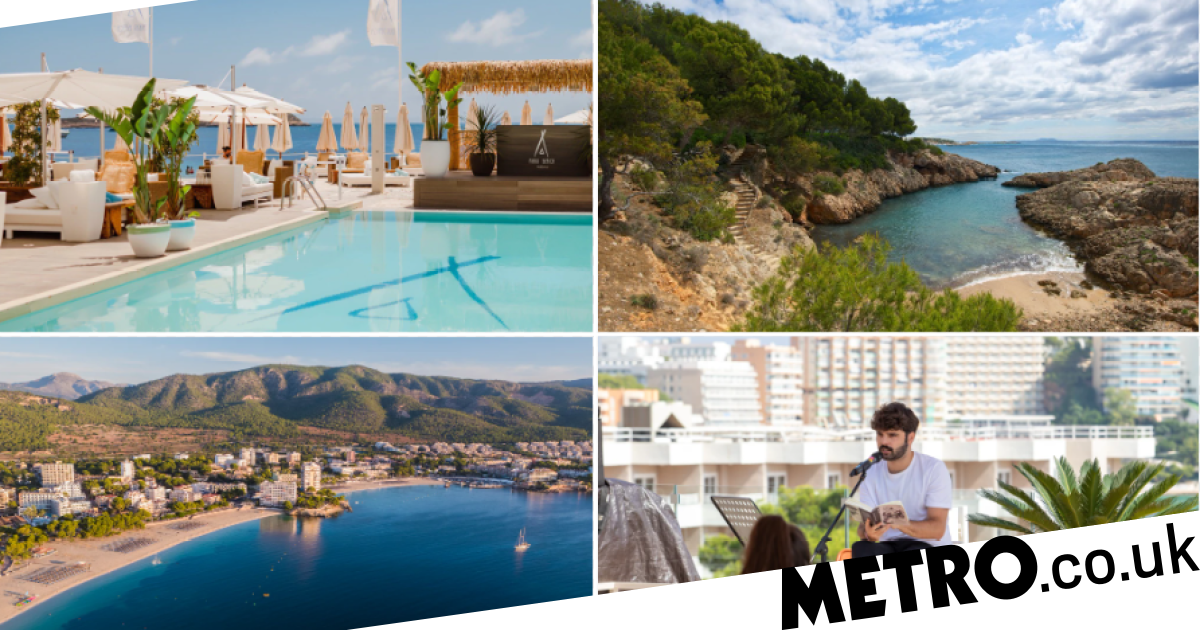