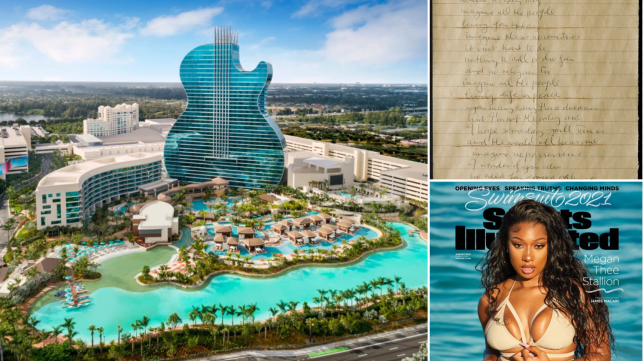 I’m a hair’s breadth from one of the most recognisable items of clothing from my musical youth – the violet moiré suit worn by Prince in his 1984 hit film Purple Rain.

On a rail behind me is Madonna’s notorious white conical bra by the designer Jean Paul Gaultier, rubbing shoulders – as it were – with the army uniform worn by Elvis Presley when he served in the military. All around me are thousands of outfits, artefacts and objects that belonged to some of the planet’s biggest musicians.

I’m standing in a vast, anonymous storage facility off a six-lane highway near the tiny town of Hollywood, Florida, which houses them all.

It’s a facility owned by Hard Rock International, the group responsible for a global collection of hotels, cafés and casinos that is belatedly celebrating its 50th anniversary.

The first Hard Rock Café opened in London in 1971, the brainchild of two Americans, Peter Morton and Isaac Tigrett, who simply wanted somewhere casual to get a decent burger. It had a stage for live music and became a cool place for musicians to hang out.

The story goes that regular customer Eric Clapton asked the staff to hang his guitar above his barstool one day to show it was his. Then Pete Townshend of The Who wanted his on the wall too. This led to a flood of musicians donating possessions. 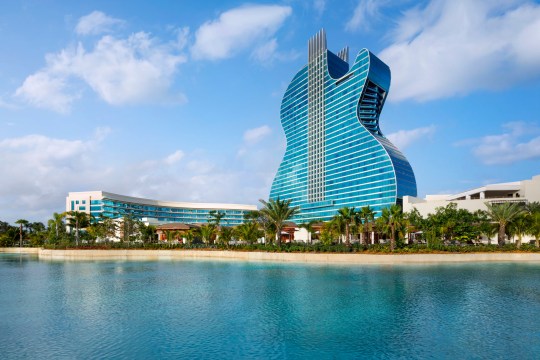 ‘We’ve got around 86,000 pieces of memorabilia – or “memo”, as we call it – in the entire Hard Rock collection,’ says Gio Taliaferro, the vault’s dapper unofficial custodian. ‘There are approximately 35,000 items stored here alone. Part of my job is to help place each one in the most appropriate location.’

While the public can’t visit the vault, they will be able to see many of the pieces here displayed in Hard Rock properties.

Gio’s main role is to document these items, making him a kind of music historian as well as the guardian of this unique collection. I bombard him with questions. 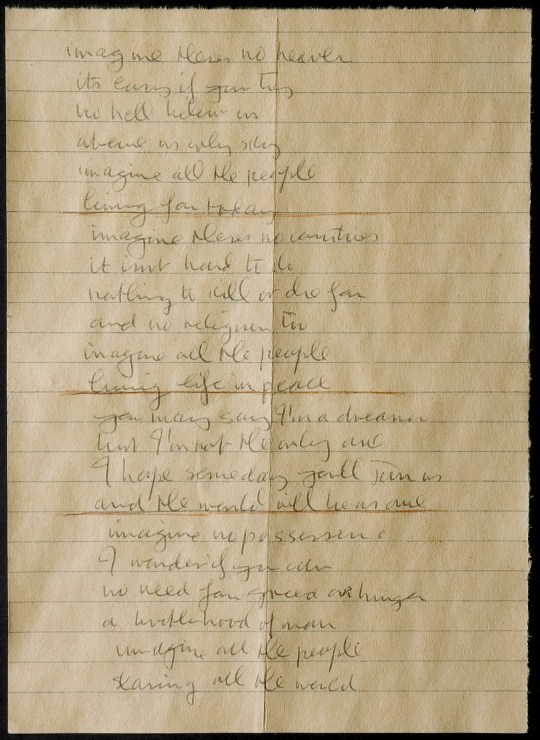 Gio’s favourite item is the handwritten lyrics to Imagine by John Lennon.

‘My mum used to play this all the time when I was a kid,’ he said. ‘When we managed to get these lyrics, I actually cried.’ 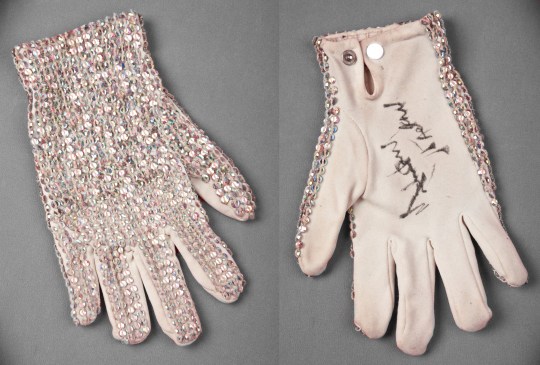 One of a kind memorabilia (Picture: Hard Rock Vaults)

Michael Jackson’s single white glove and fedora hat is housed in the storage facility, plus the mould for his head that was used to measure his hats. 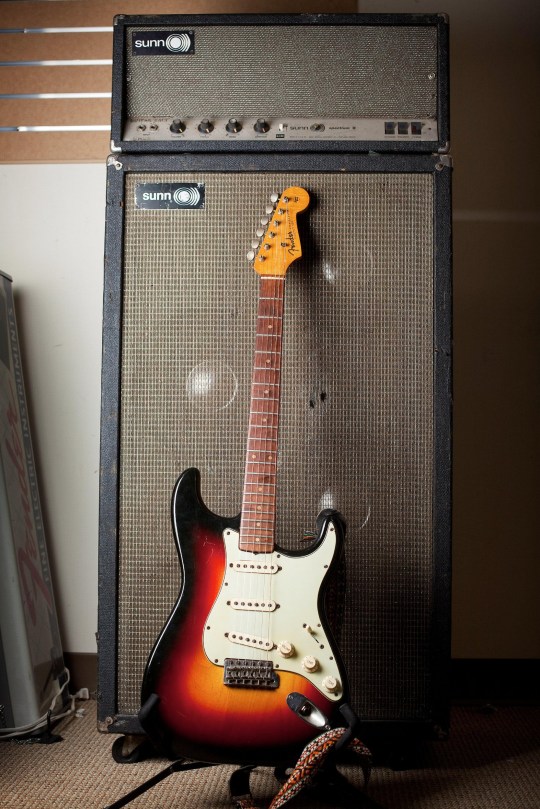 Gio also has a soft spot for this iconic Fender Stratocaster guitar owned by Jimi Hendrix. 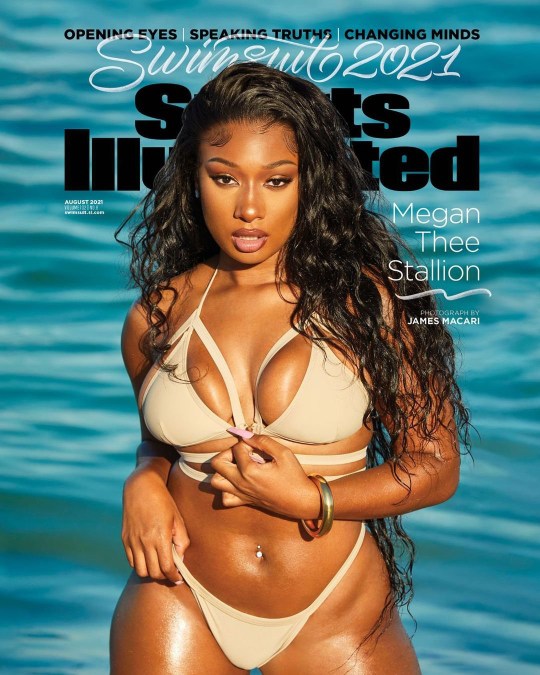 What an icon (Picture: Sports Illustrated)

How much is it all worth?

‘It’s utterly priceless,’ he says. ‘I can’t even tell you how much it’s insured for.’

How do you find everything?

‘It’s all classified by an individual barcode.’

‘Absolutely, some of the items are signed, some not, but everything has a story.’

Hard Rock has had to use a storage facility since the 1980s, when the collection started growing in earnest. This one covers 26,000 sq ft, with tight security. But how do they get all of these items?

‘It’s a mixture of donations, as that had a lot of status attached to it – Nikki Sixx from Mötley Crüe said he knew he’d made it when he saw his guitar hanging in a Hard Rock – and auction purchases,’ says Gio. ‘We have a dedicated team on the case, with a network of contacts. We also often ask artists for something but not everyone says yes.’

How much is he allowed to spend?

‘Well, I don’t have a blank cheque book,’ Gio adds. ‘One of Kurt Cobain’s acoustic guitars went for $6million but there’s no way we’d spend that much on something.’

They try to keep everything in its natural state but, if there is any damage, they fix it – and clothing items are cleaned. I’m allowed to wander around. It feels like being in the warehouse part of Ikea, only instead of shelves of furniture, there are gold discs, drum kits and Rihanna’s costume from the Rude Boy video.

After leaving the vault, I head somewhere even more insane – the nearby Guitar Hotel. It’s in the shape of, yup, a giant guitar, one that stretches 450ft into the air and can probably be seen from space.

It was added to the original Hard Rock Hotel and Casino here shortly before the pandemic, and the overall effect is Vegas on steroids. There’s a mall of high-end shops, a nightclub, dozens of bars and restaurants, and several pools.

The Guitar Hotel has its own gaming room, where Beyoncé and Jay-Z have rolled the dice, and there’s a sophisticated live entertainment venue which has hosted the likes of Alicia Keys and Guns N’ Roses.

A music and light show projected on to the side of the Guitar plays twice nightly. The lobby boasts a white sedan owned by ’60s crooner Neil Sedaka, while nearby a risqué costume worn by Britney Spears graces a wall. And as I’ve now discovered, there’s plenty more where that came from…

‘The facility is utterly priceless,’ says Gio. ‘I can’t even tell you how much it’s insured for’

Flights from London to Orlando from £414 return, Virgin Atlantic. Rooms at the Hard Rock Hotel Hollywood from £210pn or in the Guitar Hotel from £297pn

MAFS UK spoiler: Zoe and Jenna at odds over future outside experiment