Halloween: 12 of the most haunted places in the UK that you can visit now

Halloween typically consists of pumpkin carving, trick or treating, elaborate costumes, eerie events or a night-in with a scary movie.

What do you do, though, if you want to take the creepiness of All Hallow’s Eve to the next level?

Maybe you’ve been on every haunted house tour under the sun – and you’ve yet to get freaked out. Frights on film just don’t do it anymore and, in true Ghostbusters-style, you simply ain’t afraid of no ghosts.

If that sounds like you, see if you can combat the off-kilter vibes and paranormal presences at some of England, Scotland, Wales and Northern Ireland’s most haunted places.

Castles, hotels, country homes, forests and even old prisons across the UK bring the fright factor all year-round – not just at Halloween. 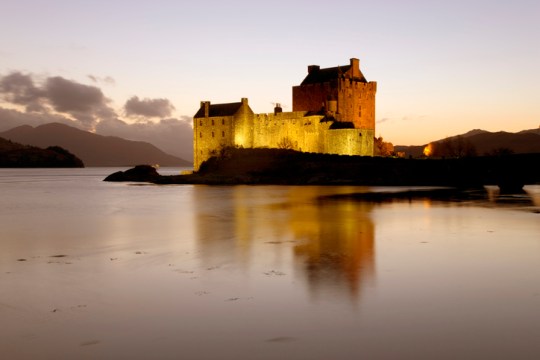 The dramatic appearances and at-times moody surroundings of many of Scotland’s castles seem to suggest there’s something spooky or supernatural going on.

Eilean Donan in the Scottish Highlands has a very specific ghost, according to VisitScotland: a Spanish soldier who died in 1719, during the Jacobite rebellion.

The castle was destroyed back then and was nothing but ruins for near-enough 200 years, until it was rebuilt around the remaining parts in the early 1900s.

Can you visit? Yes, Eilean Donan can be visited all year-round, though opening times vary depending on the season. It’s open from 10am – 4pm on October 31 this year.

You’ll need to book tickets in advance at £10 per adult. Watch out for weddings, as the castle closes for private ceremonies.

Don’t let its pretty exterior fool you: The Stag Inn is said to be seriously haunted.

Perhaps the oldest public house in Hastings, East Sussex, it dates back to the 1500s – and was connected to smugglers in the 1700s.

Ghosts are discussed matter-of-factly on the pub’s website, where they admit to a few familiar (if translucent) face: a sea captain from Holland murdered by a local fisherman, and a horror movie-esque young girl dressed in all while. 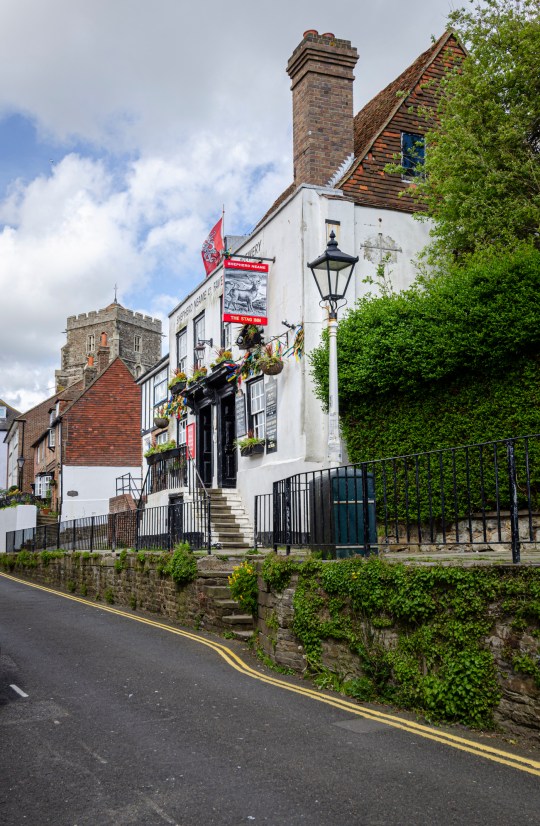 ‘The back bedroom gives you goosebumps,’ the staff add. ‘Most who have used the room have felt a presence.’

Even more weirdly, there are two old mummified cats at the bar. They’ve been on site since the 1800s, or so the stories say, apparently used to fend off evil spirits.

Can you visit? The Stag Inn is a working pub you walk right into, located at 14 All Saints Street, Hastings, TN34 3BJ.

All opening times can be found here, but it’s usually open from 12pm to 11pm, Thursdays to Saturdays.

Dubbed the ‘most haunted castle in Wales’, Craig-y-Nos near Swansea is so overrun with ghosts it has a dedicated website to document supernatural activity.

Everywhere from the staircase to the breakfast room has been a hotbed for spirits. The castle has had many owners, including the popular Italian opera singer Adelina Patti, who died here in 1919.

The current owners have, allegedly, even experienced slamming doors.

Can you visit? Yes. Ghost tours on selected dates should be booked well in advance here.

Prices will vary, depending on if you want to join an existing tour, or set up a private tour for at least 10 people. 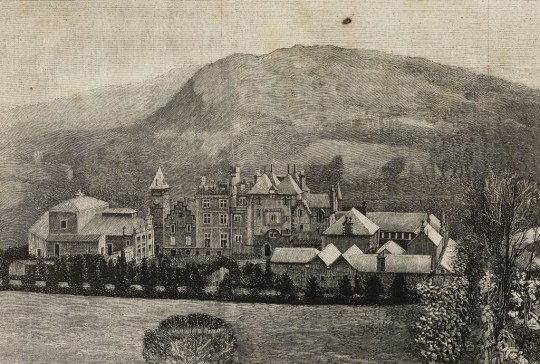 The ruins of St Mary’s Church in the village of Tintern – along the River Wye – are actually unsafe to visit.

It’s certainly not recommended anyone goes inside, as in 1977, the church set fire and was hollowed out.

There are a few legends about this church, not that they’re needed, as you’ll certainly feel something eerie going on just by being near the old graveyard.

One legend can’t be verified – but makes a good folk tale – is that ancient skeletons were dug up by some local men many moons ago, prompting them to be haunted by the furious ghosts of the monks who’d previously resided there.

Can you visit? You can walk by it, but it’s not advised to walk inside as the ruins are unstable. Even spookier. 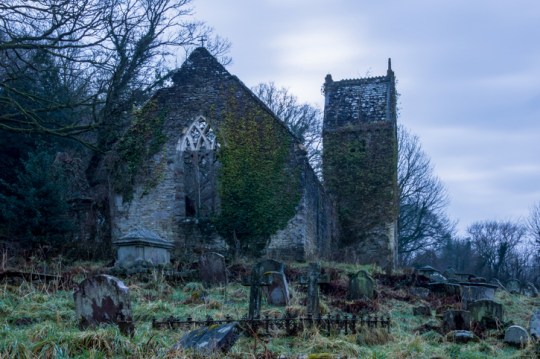 You can’t get more Halloween-friendly that a part of the Surrey countryside where the Devil himself once lived.

That’s the story of Hindhead Common, according to local legend – and also explains the area named Devil’s Punch Bowl.

The hauntings, however, come from the murder that once took place along the road next to the common – which would lead from Portsmouth to the capital, London. Three highwaymen were said to be hung, after murdering a sailor in 1786.

Can you visit? Yes, people are free to walk around. 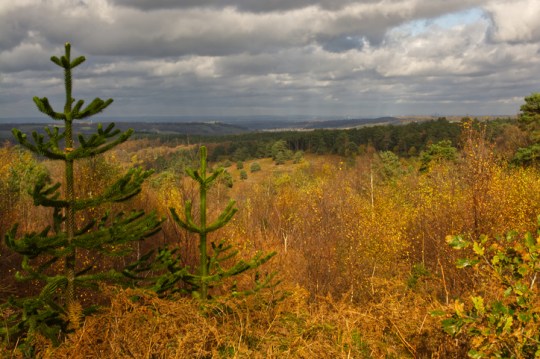 This Aylsham, Norfolk country home is residence to the UK’s most famous headless ghost: Anne Boleyn.

Apparently, the beheaded former wife of Henry VIII haunts to corridors of her family home (she was born on Blickling’s 5,000-acre estate) every year on the day of her execution: May 19.

Not in time for Halloween but, as it happens, Anne isn’t the only Boleyn to haunt the halls. Some have reported sightings of her father Thomas Boleyn, 1st Earl of Wiltshire’s ghost.

Can you visit? Blickling Estate is open to the public, and a visit will set you back £12 per adult.

Different parts of the Estate, including Blickling Hall, have individual opening times – find them here. 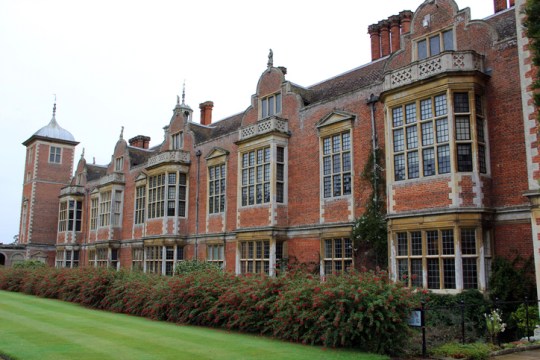 It’s little wonder that this battlefield in Inverness is considered haunted.

In 1745, the last battle of the Jacobite Rebellion – a clash of James II’s supporters with those of King George II, who they wanted to oust – was fought at this very site.

It was a short battle – less than an hour, says the official National Trust for Scotland website – and around 1,600 men were killed.

A visit here will likely feel like a historic day out, as it has the Culloden Visitor Centre, which documents what happened on that fateful day. But it’ll still give you goosebumps.

Can you visit? Yes, the battlefield is open every day to the public – but the Visitor Centre and facilities are only open 10am to 4pm on Wednesdays to Sundays. No need to book, just show up. 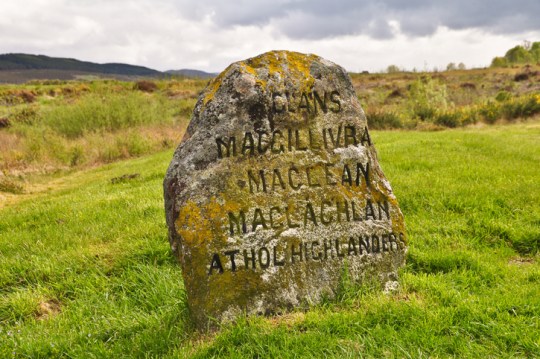 Epping Forest, while beautiful, also has a murkier, scarier side to it.

Mostly in Essex and spreading into parts of London, the famous forest was a hideout for the highway robber Dick Turpin – who’s ghost is said to wander through the trees.

Its creepily-named Hangman’s Hill is also partial to a strange phenomenon, according to Essex Live. Turn your car engine off on a certain slip road and, terrifyingly, it will be pulled ‘uphill’ by a mysterious force. Perhaps a hangman’s noose?

Probably one to see and believe for yourself.

Can you visit? Anyone can drive to Epping Forest, start exploring by foot or travel by Tube. The only charge is if you need to park your car. 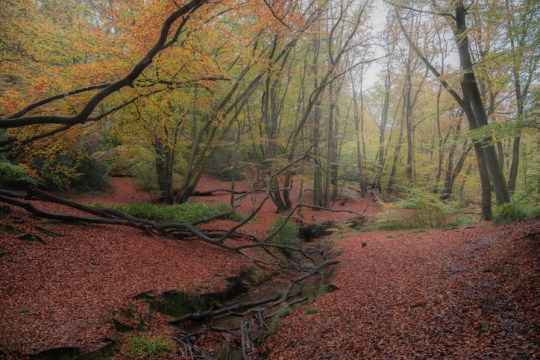 This Edwardian hotel in the middle of Liverpool city is Grade II-listed – and his been rebuilt not once but three times.

The third iteration still stands today, and was once named Britain’s most haunted hotel.

A paranormal investigator, Tom Slemen, said he’d seen seven ghosts on site – all in the iconic Sefton Suite, which was based on the HMS Titanic’s first class smoking lounge.

Can you stay? If you fancy checking if the Adelphi is haunted for yourself, you can book a night or two over at Booking.com. 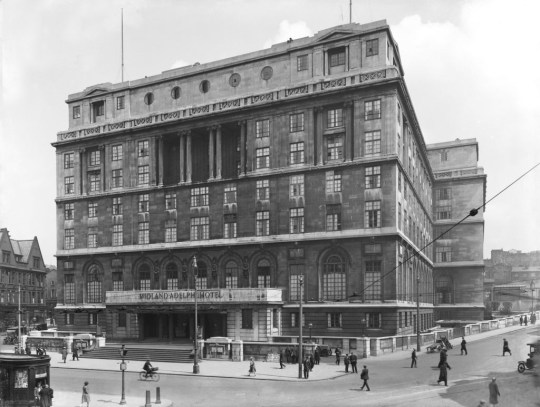 The Adelphi Hotel has been open since 1912 (Picture: SSPL/Getty Images)

Perhaps it’s no surprise that this famous prison in Northern Ireland has hosted many a ghost tour.

Prisoners have been executed here – 17 to be exact – and on one of their four-hour paranormal investigations, it wouldn’t be a great shock to hear an unexplained creak or spot a spectre.

Can you visit? Anyone can book a self-guided tour of the gaol, including the holding cells and a graveyard, by visiting the official website. You can pay on the door, but it’s cheaper to book online.

At the moment, the paranormal tour seems to run once per month, so definitely book in advance. 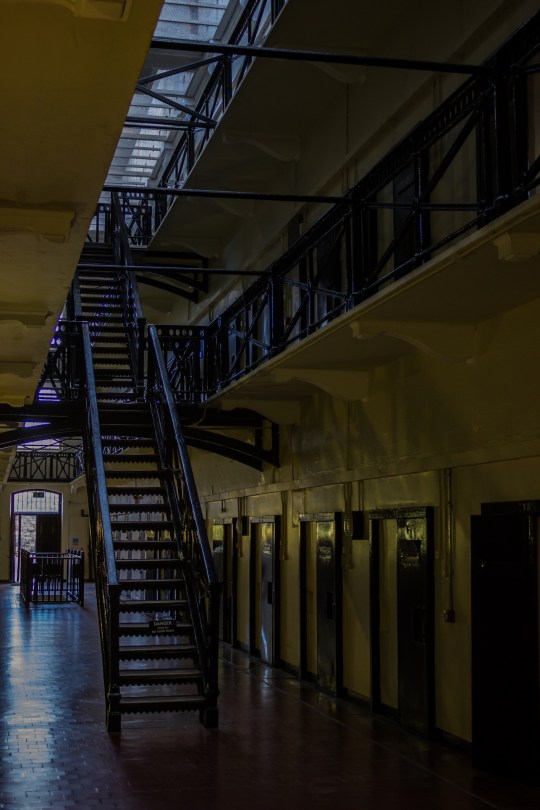 Another haunted Scottish castle – maybe even the most haunted in the whole country.

Perhaps the best-known fact about the castle, located in Angus, is that it was the inspiration for the famously-cursed Shakespeare play Macbeth.

But the best known ghosts? A lady without a tongue, and the ghost of Janet Douglas, Lady Glamis – who was burned at the stake in 1537 after being accused of practising witchcraft.

Seems reasonable her spirit, even 500 years on, would be rather ticked off.

Can you visit? Yes, tickets are available online, starting at £15.50 per adult for a full visit to the castle and grounds. Best to book a slot online to avoid disappointment. 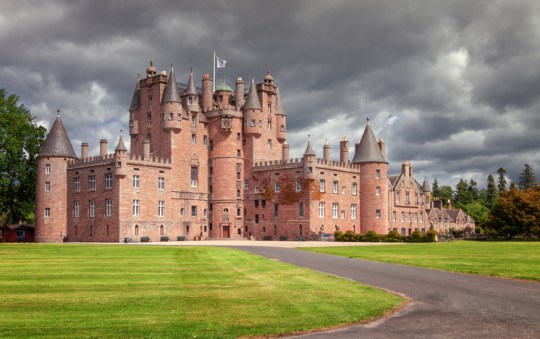 On Cornwall’s Bodmin Moor is the 270-year-old Jamaica Inn, which is (perhaps unsurprisingly, given its age) said to be visited by a number of spirits.

Ghosts have allegedly been heard speaking in Cornish, while footsteps have been heard in silent rooms. The ghost of a murdered man, who’d left his half-finished ale inside the pub, has also apparently been witnessed.

If you’re not convinced, perhaps one of the bookable Ghost Hunts will change your mind. Or spend the night, and try not to get spooked.

Can you visit? Yes, you can visit or stay over. Jamaica Inn opens at 7.30am to serve breakfast to guests, and stays open until midnight as a pub. To book a ghost tour, head here. 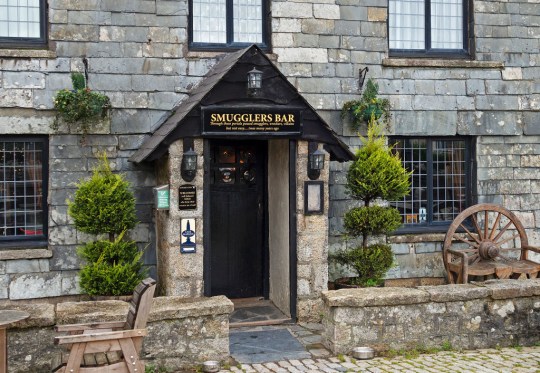 How to spend a weekend break in Durham

How to spend a weekend in Great Yarmouth

Why is Nemesis at Alton Towers closing and when will it reopen?

The most wish-listed UK ‘design homes’ on Airbnb

The best hidden gems for day trips on the Elizabeth Line

Woman’s needy dog eats her passport before her honeymoon abroad

Meet the Henry Hoover who adventures across the UK