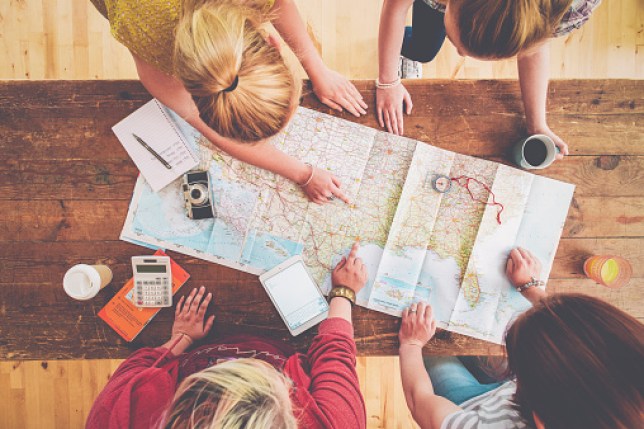 Planning is part of the fun (Picture: Getty Images)

After two years indoors, this year saw Brits dusting off their suitcases and getting away for a well-earned break.

And despite some instability, we’re feeling even more optimistic about travelling in 2023, compared to 2022.

In fact, 66% of us are saying that, despite the challenges we might face before boarding a flight, travel is always worth it.

Now, with just two months left before the new year, Booking.com have released their travel trend predictions for 2023.

Speaking to more than 24,000 travellers across 32 countries and territories they revealed some key trends as we look towards the new year.

According to them, ‘nothing will be off limits’ – and from polyamorous retreats to ‘try before you buy’ virtual reality stays, the world really is our oyster.

Here’s their predictions for travel in 2023:

Going off grid… sort of 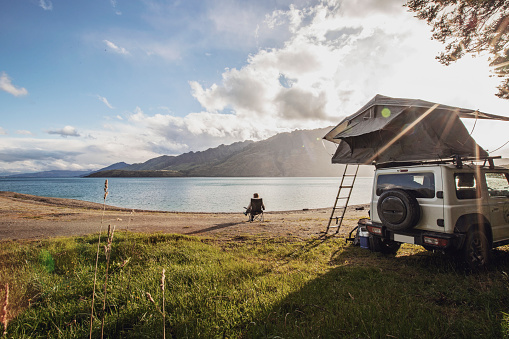 The chaos of the past few years has led many of us to want to get back to basics, and ‘off-grid’ style holidays are set to be big next year.

Forget fancy hotels, 33% of us say we want to switch off and experience life with only the bare necessities.

In fact, some would like to use the opportunity as a chance to learn survival skills, including learning how to light a fire and forage for food.

This means we can expect to see a trend for eco-friendly stays, where guests might be able to prepare their own meals and learn essentials skills.

But don’t be fooled – we still want some luxury on holiday. Over half of Brits say that access to phone and internet connection is a non-negotiable on holiday. 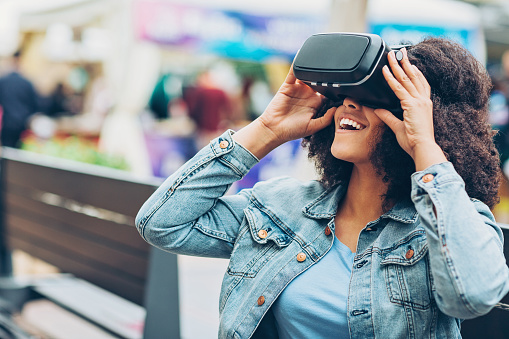 ‘Travellers will no longer be limited by physics and can experiment with different travel experiences.’ (Credits: Getty Images)

It’s thought that virtual reality could give holidaymakers the opportunity to ‘try before you buy’.

As Booking.com said: ‘Travellers will no longer be limited by physics and can experiment with different travel experiences.’

As such, UK travellers will become bolder in their real-life trip choices, with 32% more likely to travel to destinations that they wouldn’t have previously considered after virtually experiencing them. 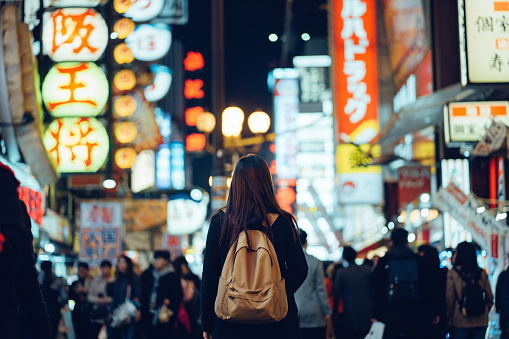 We want new experiences that push up to the limit (Credits: Getty Images)

Next year, 40% of UK travellers want to experience a complete culture shock, travelling somewhere with a completely different culture and language.

There will be an influx of niche experiences – 35% of Brits are on the hunt for the world’s most exotic delicacy such as the hottest chili pepper, while 29% want to use their holiday for extra-terrestrial exploration on UFO or alien spotting tours.

Unsurprisingly, this ‘culture shook’ traveller is also partial to throwing caution to the wind, with 24% wanting to buy a one-way ticket in 2023 and follow their instinct wherever it takes them. 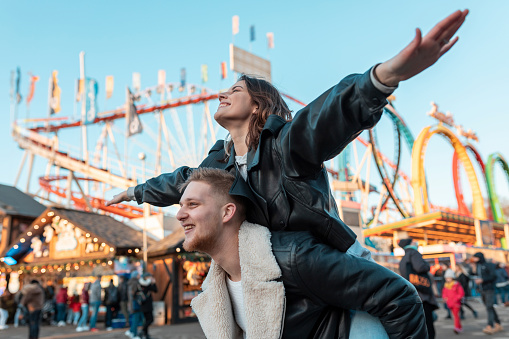 Take a trip to a theme park next year (Picture: Getty Images/Westend61)

It’s not just fashion that has fallen victim to the nostalgia trend.

While some travellers will be heading to pastures new, others will be keen to relive the good old days – back to an age before the internet and social media – and visit landmarks or attractions featured in retro films.

Some would even like to use a bus as their main mode of transport – a la the good old fashioned school trip.

That means theme parks could be big in 2023, as will activities that use the imagination, such as escape rooms.

With millennials now the parents of young kids, there will be an increase in destinations previously popular in the 80s and 90s – these include Budva in Montenegro, or the 80s celeb haunt of St Tropez.

Bolzano in Italy is also set to be popular for its retro Christmas markets.

Millennial travellers will be first to book emerging era-themed accommodation that transport them back to a time. 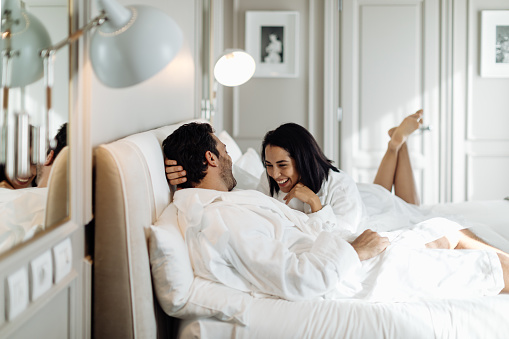 Would you go to a polyamorous retreat? (Picture: Getty Images/Image Source)

Meditation and mindfulness getaways are gaining in popularity, with two in five travellers keen to go on a silent retreat.

Brits want to use their breaks as a chance to focus on mental health, transformative health or to help with life milestones such as menopause or pregnancy.

And people will be using the time to relax in a variety of ways – more open conversations about sex mean more of us, around 28%, are looking to book polyamorous retreats, bondage camps and resorts dedicated to helping people delve into specific fetishes and kinks. 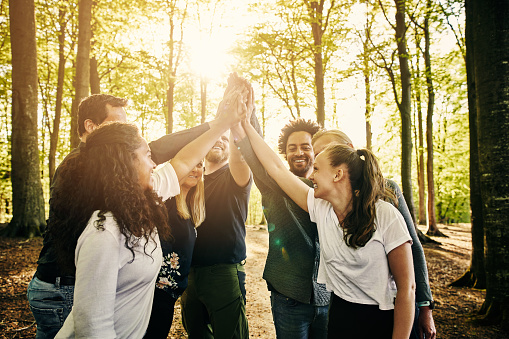 During the pandemic, we saw people keen to ‘work from anywhere’, packing up their laptops and setting up a desk in the sun.

And while Brits are now keen to keep holidays work-free, we’re not against clocking in for a company retreat or trip.

In fact, 32% of the UK workforce is looking forward to their employer planning a ‘real life’ work trip to bring people together.

It’s likely these kinds of trips will involve team-building activities in luxury cabins or farmhouses with communal cooking and outdoor adventure activities.

Businesses stand to see benefits, too – almost half (49%) of UK workers believe exploring new places will inspire them to be more productive at work. 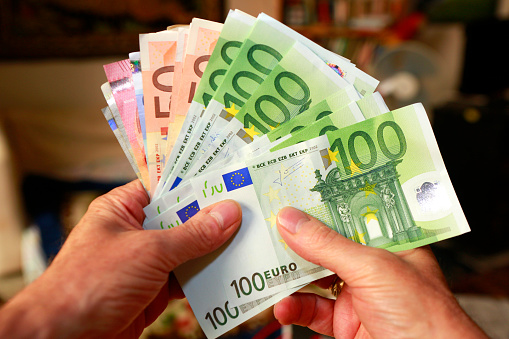 We’re saving – so we can splurge (Credits: Getty Images)

Due to the cost-of-living crisis, more of us will be travelling on tighter budgets – so we can expect to see travellers taking advantages of deals, hacks and loyalty programmes.

This also means we might go to destinations in their off-seasons or take longer, cheaper, routes to get somewhere.

Almost half also believe the best use of their budget is to opt for one or two longer holidays instead of several short breaks – which might mean travellers go on less trips, which they then splurge on.