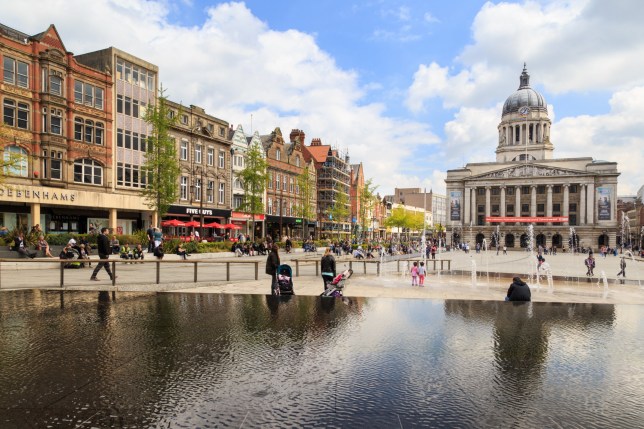 These famous works of literature can tell you where to go (Picture: Getty Images)

Some books can really bring to life the place in which they’re set.

Their words knit together in such a way that whole landscapes or entire floorplans of buildings you’ve never visited before spring forth in your mind.

Often these settings are based upon real places. So with domestic travel restrictions set to be relaxed from April, that might be the opportune moment to discover some of the UK’s best literary heritage sites.

From violently beautiful windswept moors to boisterous town squares, here are five such places and the books they inspired:

Poirot commented on the geography of the property, ‘So many paths, and one is never sure where they lead’ … They passed the Folly and zig-zagged down the path to the river.

Agatha Christie’s house at Greenway on the River Dart is the setting for her 1956 novel Dead Man’s Folly. About a charity game of murder that becomes a bit too real, this Hercule Poirot mystery vividly came to life on my visit to Greenway.

Not only is the Georgian house itself perfectly depicted, but the zig-zagging path to the murder scene in the boathouse is so uncannily described that to visit it is chilling. The house and grounds are so evocative that Greenaway was used in ITV’s 2013 adaptation of the book.

Market Square lights danced all around him.

Sillitoe’s cult novel set among the working class in Nottingham follows Arthur Seaton (rebel, thinker, drinker and womaniser) after he puts away 11 pints and seven gins one Saturday night.

Nottingham might have changed somewhat since 1958, but Sillitoe’s detailed descriptions of the city’s streets are still wonderfully recognisable.

Nothing says Nottingham like wondering amid the drunken revellers in Market Square or experiencing the cacophony of the annual Goose Fair, one of the largest funfairs in the UK. The many locations Seaton visited over his fateful weekend can be further explored on The Sillitoe Trail. 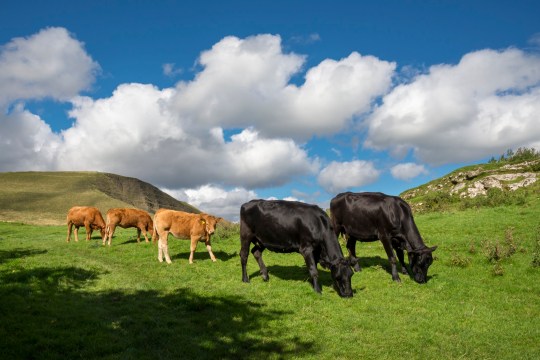 Look at the canals, an’ th’ acqueducs, an’ th’ coal-pit engines, and Arkwright’s mills there at Cromford.

George Eliot’s Adam Bede (1859) provides a snapshot of the rural Midlands at the beginning of the 18th-century. Eliot’s aunt was a Methodist preacher in Wirksworth, and the local landscape, coupled with her aunt’s reminiscences, became the germ of the novel

Thoough Eliot irritably rejected suggestions that any of her characters or settings were carbon copies of real life, Wirksworth can certainly be found in the industrial landscape that she conjures.

Arkwright’s mills can be still be explored, the canal strolled along, and the remains of the mining industry discovered.

But it was one of their chief amusements to run away to the moors in the morning and remain there all day, and the after-punishment grew a mere thing to laugh at.

Wuthering Heights (1847) is a tale of obsessive love. Divided in life, Cathy and Heathcliff are finally joined in death and their spirits roam the Yorkshire moors.

For me, Emily Brontë’s classic is more about the landscape than love. When first reading the novel, my interest in Cathy and Heathcliff’s undying love was secondary to my imaginings of the moorland that is their playground and escape. The windswept barren landscape feels synonymous with freedom.

You can walk in the Brontë sisters’ footsteps by following the Brontë Stones, which are situated between Thornton, where the girls were born, and Haworth, where they wrote their classic novels.

The Emily Walk is marked by a poem carved into a rocky outcrop from Kate Bush, whose 1978 number one Wuthering Heights was inspired by the novel.

The walk leads you away from civilisation and takes in the lovely ruins of Top Withins farmhouse, which is believed to be the inspiration for the Earnshaw home in Wuthering Heights.

The Bottoms consisted of six blocks of miners’ dwellings, two rows of three, like the dots on a blank-six domino, and twelve houses in a block.

Lawrence’s most autobiographical novel, Sons and Lovers (1913), follows the fates of a mining family in Nottinghamshire.

The once coal-mining town of Eastwood and the surrounding landscape has been recreated in detail gleaned from Lawrence’s memories of his childhood, from The Breach where his family lived (“The Bottoms” in the novel) to descriptions of the Moon and Stars pub (actually the Three Tuns).

Visiting The DH Lawrence Birthplace Museum, visitors can step inside a typical mining family home of the period.

Travel: What is a PCR test and how do you book one?

Covid travel: Which countries are on the red travel list?

Things to do in London outdoors when the weather is bad

This hotel chain is launching a 11:59pm checkout option