It’s Friday night on the Greenway path just outside the Olympic Park in east London. The last band of orange sky hangs lightly over the sleeping stadiums. Enough people linger in the gloom for the instincts to quicken. Far from the flash of trendier bits of town, a topless man dances solo to beats from his phone. An old lady wheezes between cigarettes, and a couple canoodle on a park bench.

I wouldn’t normally come here, particularly at this hour, but I’ve given myself two and half days to walk the Capital Ring, a 78-mile pedestrian lap of London (click here for TfL map). I check my map to gauge progress just as a bike goes by, blaring hip-hop from a hidden speaker. Some kids join in the refrain and I do too, if only to myself.

The bushes fall away to the right and a magnificent building appears. It is municipal – somehow obviously so – but also boastful in that way Victorian civic buildings are; somewhere between an imperial train station and an Andalusian cathedral. The tingle of danger dissolves under the lamplight. I breathe out. “This is nice,” I think.

Later, I Google the building and discover it is actually Abbey Mills pumping station. Ah. That explains why this long path I’m on is so straight: I’m proceeding along the Northern Outfall sewer, a tube that funnels millions of litres of cockney effluent towards the Thames.

I grew up in a steep, green valley in Devon before moving to London nine years ago. Soon after arriving, some atavistic urge for wildness drove me to walk as far as I could along east London’s River Lea. After the herons and longboats of Walthamstow Wetlands, I saw some Coptic Christians in white robes doing full-immersion baptisms in waters officially designated ecologically “bad” by an EU directive. Each emerged from the murk smiling widely before dashing behind a bush to strip bare. A little further brought me to some scrubby woodland by the North Circular where some tents were strewn amid bonfire barrels and the air screamed with rubber. Finally, I reached Epping Forest with its great hallways of oak, hornbeam and holly. 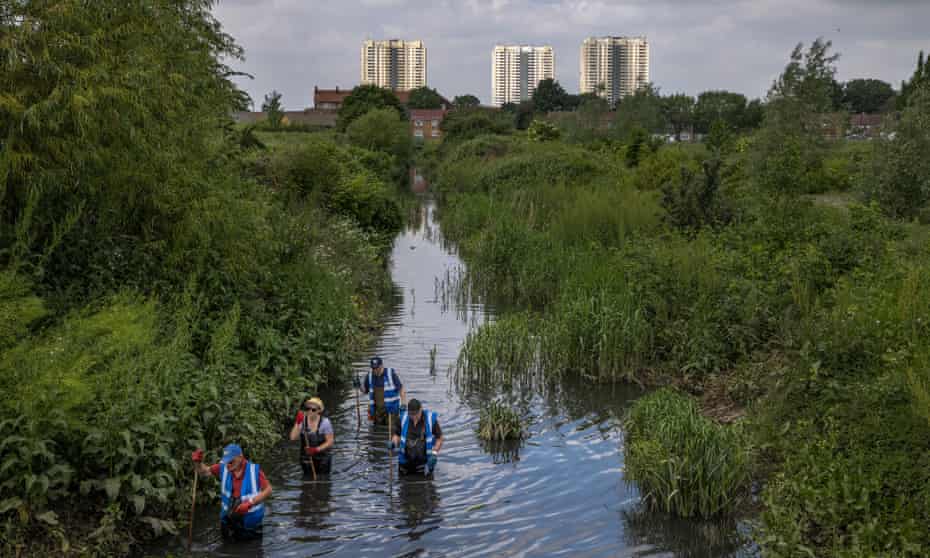 Volunteers clean up a tributary of the River Lea in Enfield. Photograph: Dan Kitwood/Getty Images

“Nice walk?” my housemate asked when I got back. The components of a nice walk used to be obvious to me: fresh air, a body of water, woods, inclines, horizons. My Lea walk was materially different. “Well,” I began, before realising I had no idea how to reply. The feeling has remained. Beyond its landmarks, London – vast, stinking, dancing, decaying, beautiful London – defies easy categorisation.

In Wanderlust, Rebecca Solnit extols the virtues of city walking. While the country version is accepted as unquestionably good for the soul, she says, there are reasons certain thinkers and poets preferred urban strolls. Kierkegaard, Rousseau, Ginsberg needed for inspiration a ready supply of new experiences and unmediated interactions. US poet Frank O’Hara even wrote: “I can’t even enjoy a blade of grass unless I know there’s a subway handy or a record store or some other sign that people do not totally regret life … The clouds get enough attention as it is.” 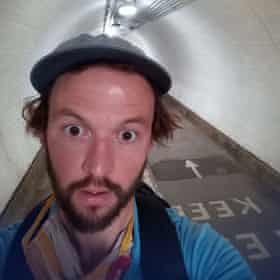 The author in a foot tunnel under the Thames. Photograph: James Gingell

The core of modern London, with its cafes and statues and fascinating folk, would sate any descendent of O’Hara. Beyond the central tourist spots, though, there might be even more stimulation. In the sprawl, as the distinction between urban and rural blurs, clarity bends the knee to impression.

According to one UN definition, anywhere with at least 20% tree coverage can be called a forest; London apparently has 21%. While trying to cross any road in one of the most congested cities in Europe, the idea of London as a forest feels at best trite semantics, at worst plain misleading. But walk the Capital Ring, which threads through the untrendy outlands and hops from common to copse to river basin, and the idea gains currency. Of course this is not the forest of naturalist homily, of campfires and marshmallows. It’s different, but everywhere there is a whiff of the wild. Stags hold councils on misty hills, not a minute’s walk from an A-road. Gangling trees fight developers in cracked pavements, sending scouts into every nook.

According to one UN definition, anywhere with at least 20% tree coverage can be called a forest; London apparently has 21%

In his memoir The Tree, the novelist John Fowles wrote of needing to plunge into woodland. He was convinced that in the external world, wild nature was the closest reflection of the chaos of consciousness. Immersion fed his creativity. Walking in London’s outlands, where order cedes to entropy, I did start to wonder if he would have thought this more nourishingly chaotic still. 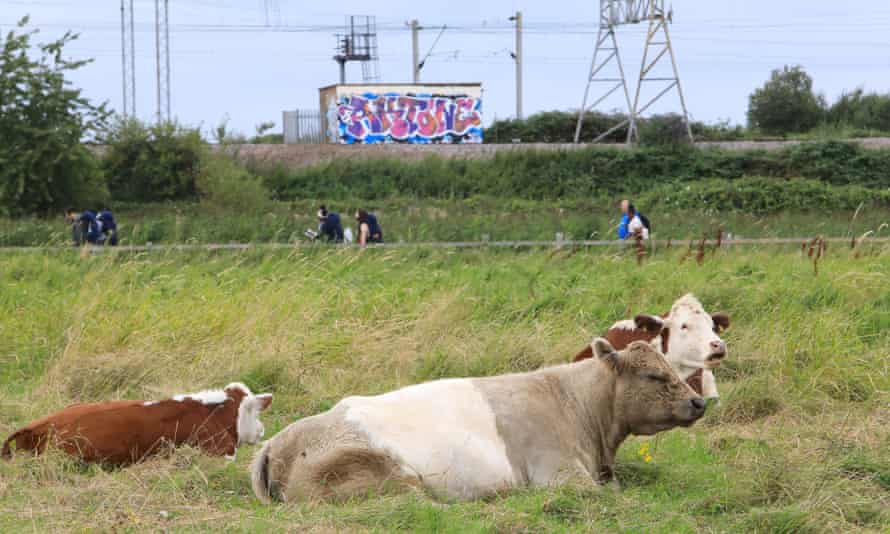 It all means that a considered judgment of the Capital Ring is not straightforward. Every time I thought I had made my mind up, the scene changed. In one 15-minute period, I greeted families tending sunflowers in West Norwood, saw a drug deal in a playground, and watched parakeets cavort with crows in ancient oaks. Over two and a half days, the route took me through heath, pasture and dockland; it led me down boulevards in Wimbledon where the houses look down from great heights and across estates in Brent where the terraces crouch and gossip; it squeezed me through the Woolwich tunnel and thrust me out on the plains of Richmond Park.

The pleasure was in the juxtaposition, in the frothing urban-rural tension. In Beckton, I saw a man fishing for sea bass bothered neither by a plane gunning its engines 100 metres from him on the other side of the Royal Albert Dock nor the view to his right, the gleaming Emerald City of Canary Wharf. In Eltham, as I edged around a park being used for archery, two middle-aged men in Crystal Palace shirts were picking damsons in the scrub, scowling at the sourness. Sitting on the lush grass of Barn Hill in Fryent Country Park, my friend Mousa explained why so many of his mates live nearby: it’s the only place you can get proper Iraqi falafel and kebabs. 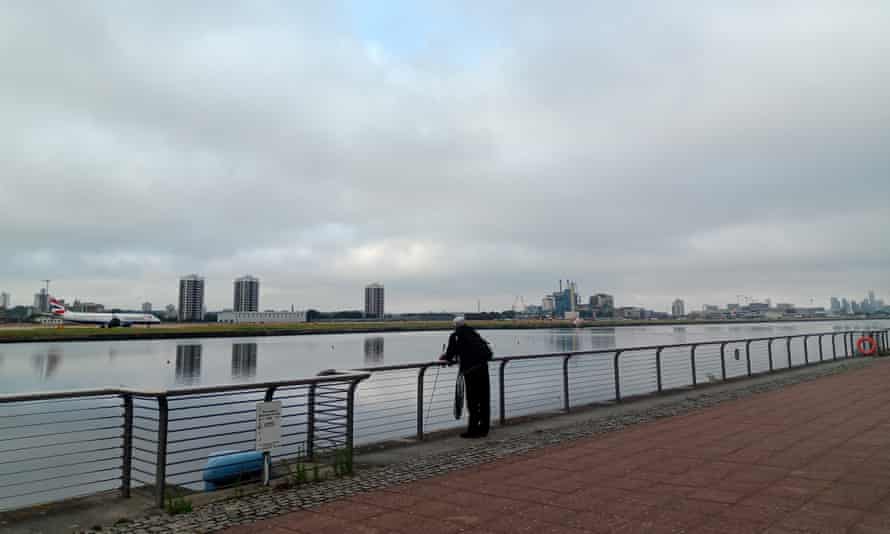 People like to call London a melting pot; it’s entirely the wrong phrase. It suggests a sort of dreary sludge, of colours cancelling each other out. The city’s various components – people, culture, nature – may mix but they remain discrete and unmelted, resisting homogeneity fiercely or extravagantly or dourly. I’ve realised that walking is the best way to experience it all. Taking the tube might be quick, but it denies the senses London’s staggering variety and conjunction, its record shops and its clouds.

A couple of months ago, I walked a lap of the steep, green valley I grew up in. It was uncomplicatedly lovely. The sun was out, and I could see the sea, sparkling and fresh. London is different. The parks are huge and wild, the Thames majestic, the old buildings steepling and glamorous. But its loveliness is complicated.

$11 for ‘brief emotion’? The hidden charges of US healthcare are utterly enraging | Arwa Mahdawi

The Glazers put another 9.5m Man Utd shares UP for sale worth £137 MILLION as fans continue to protest against owners

These are the best January travel deals, featuring fjords and beaches

Stay in a magical Cornish lighthouse for your next family staycation

These are the world’s most powerful passports for 2022

Incredible trips to tick off your bucket list in 2022